Although this past weekend has been fine, last week was very wet. However, wet conditions seem to really suit some plants, such as the Wild Garlic. 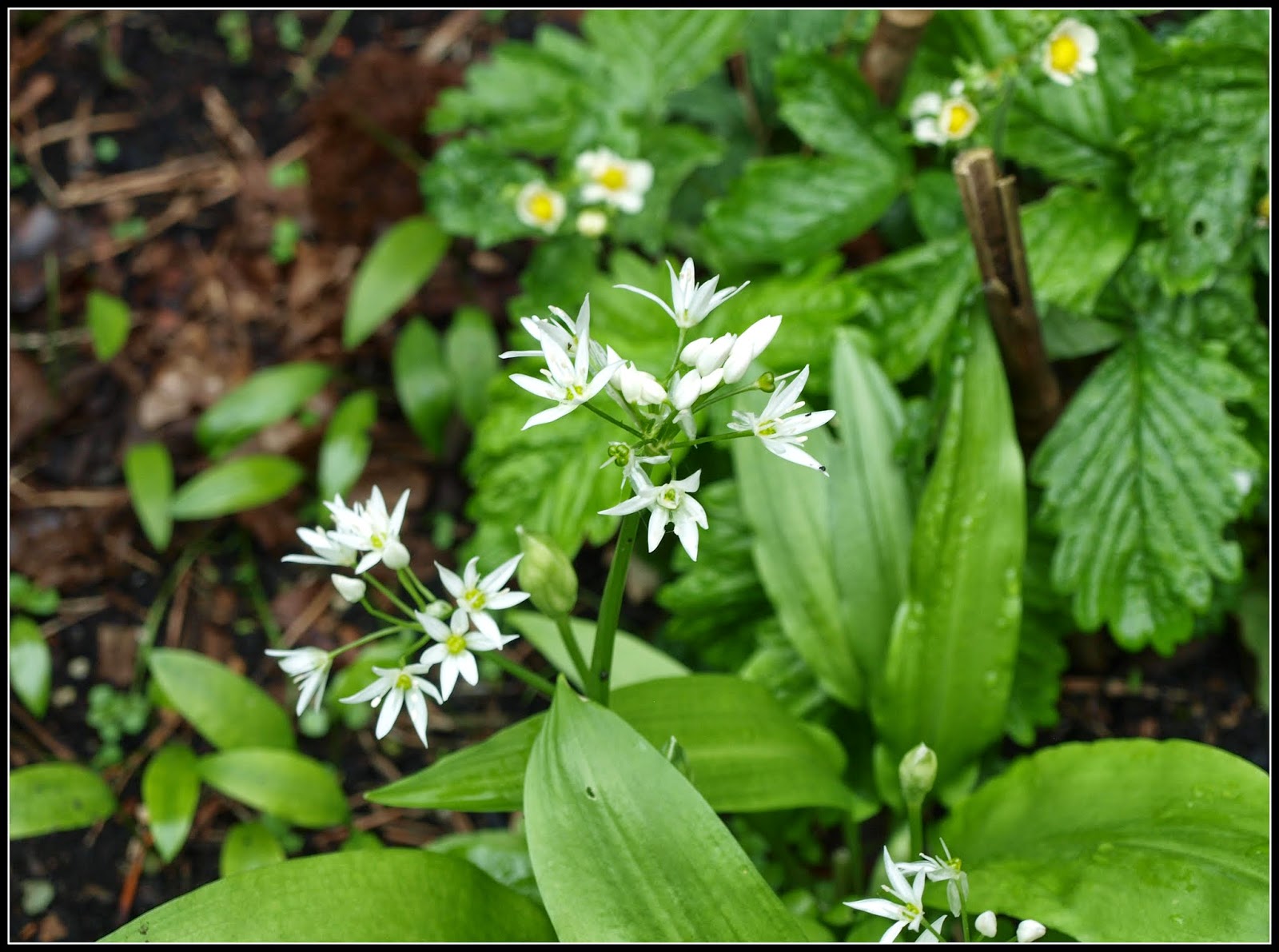 The flowers are very pretty, but I think I may cut them off before they set seed, to stop the Garlic spreading too much. Last year it had lots of babies... 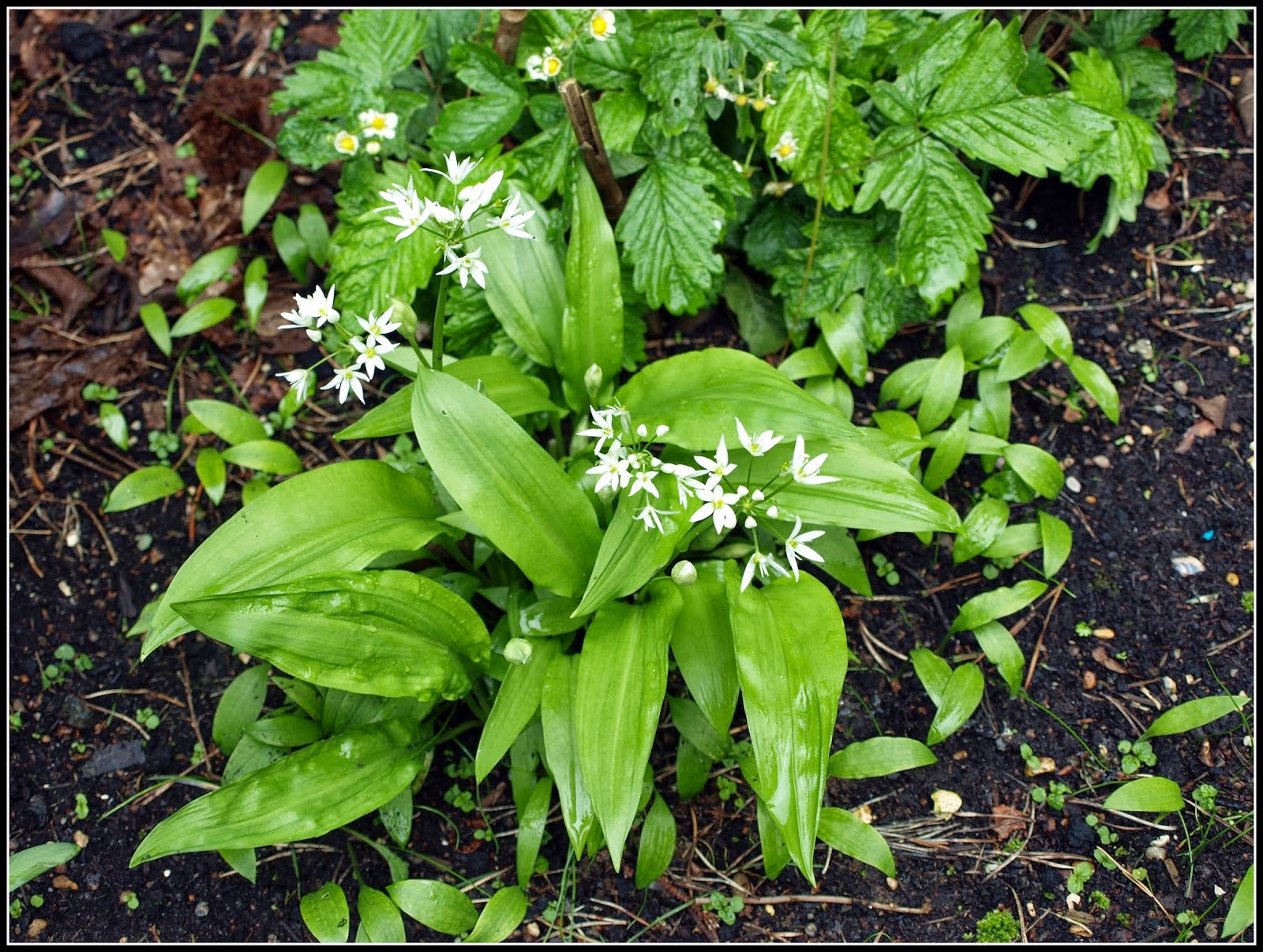 ﻿
The ferns are rapidly opening out their fronds now: 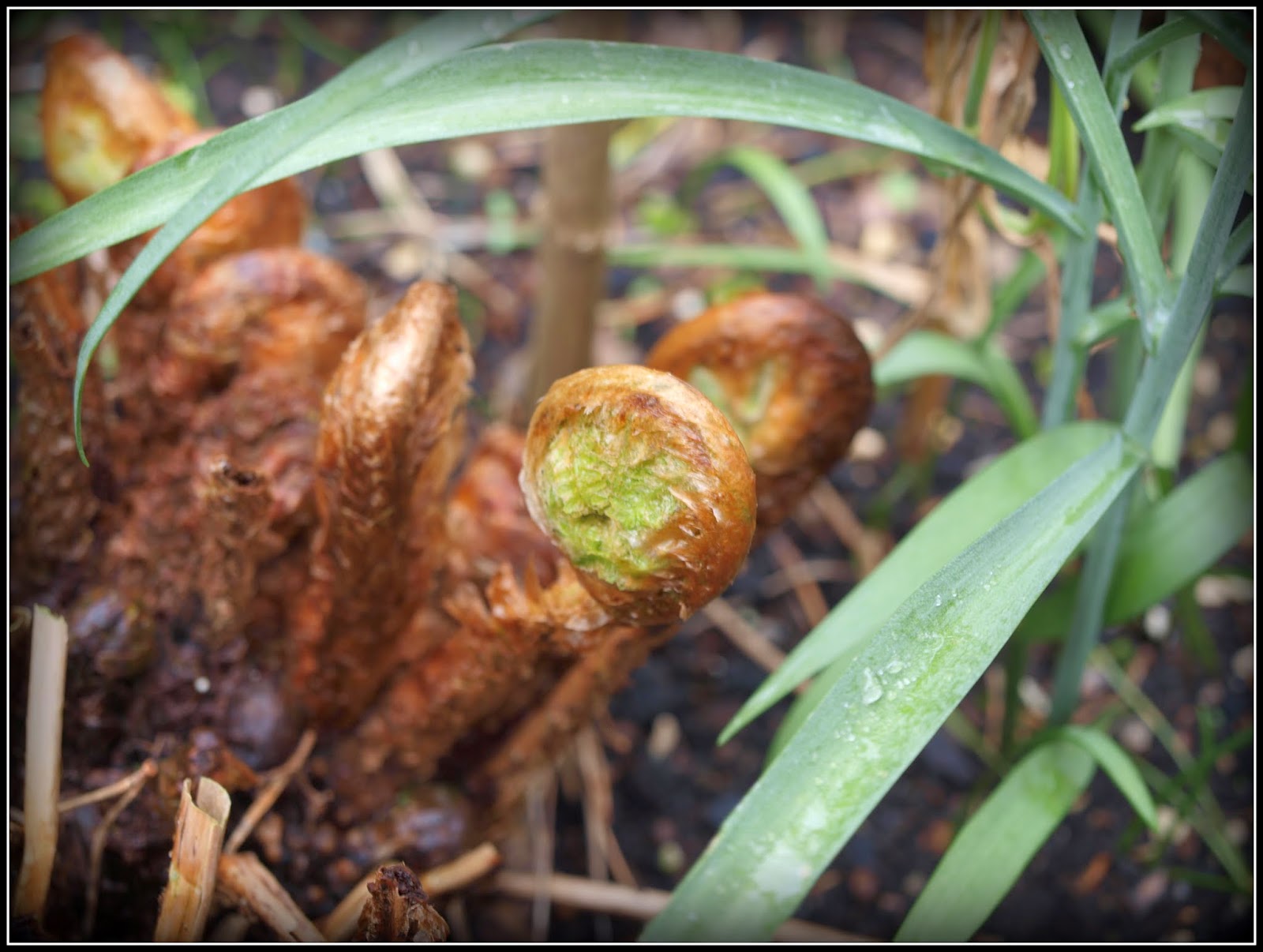 Just look at the potential in this one: 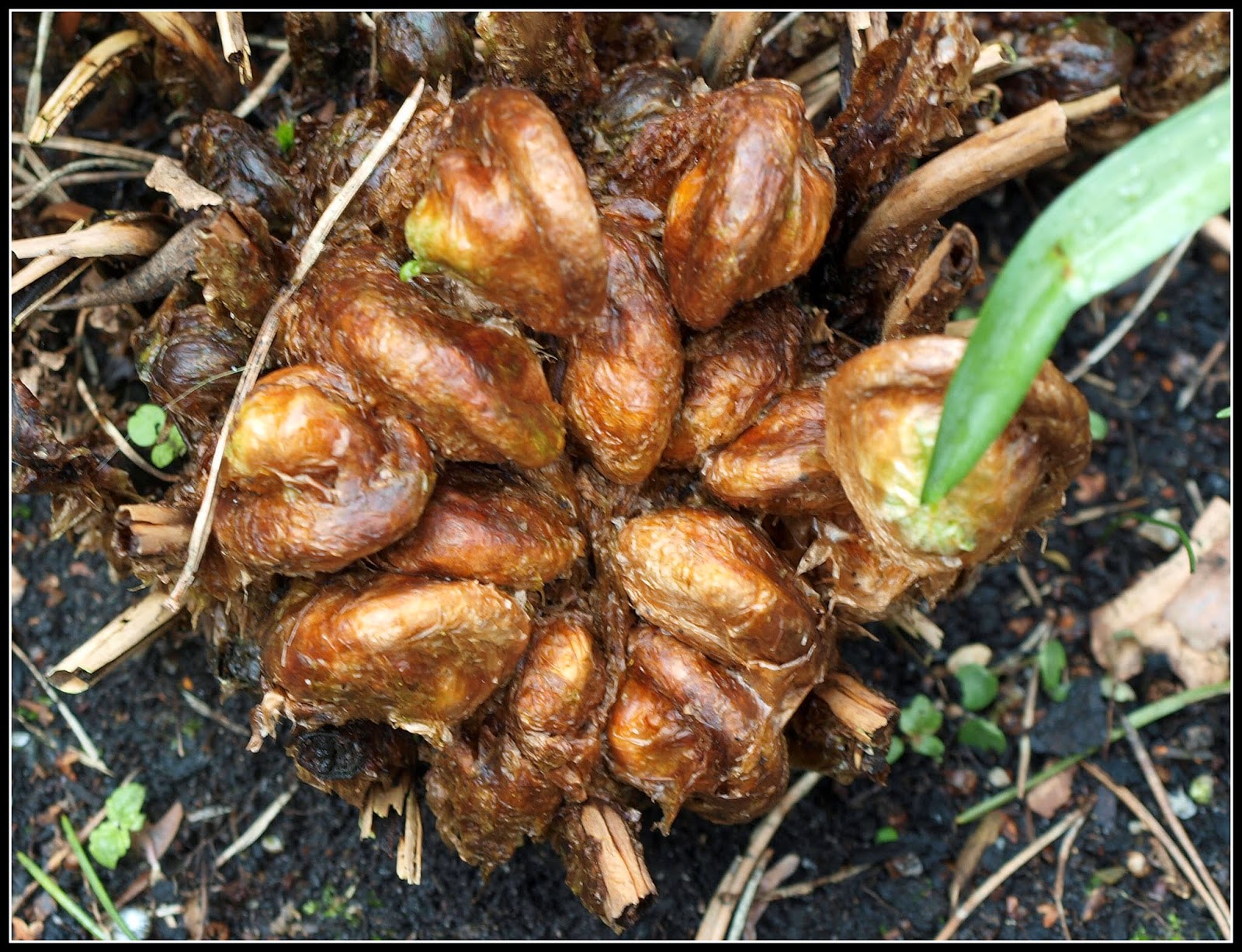 ﻿
Despite the recent deluges, the Strawberries are beginning to produce flowers. The poor old petals have taken a battering though. 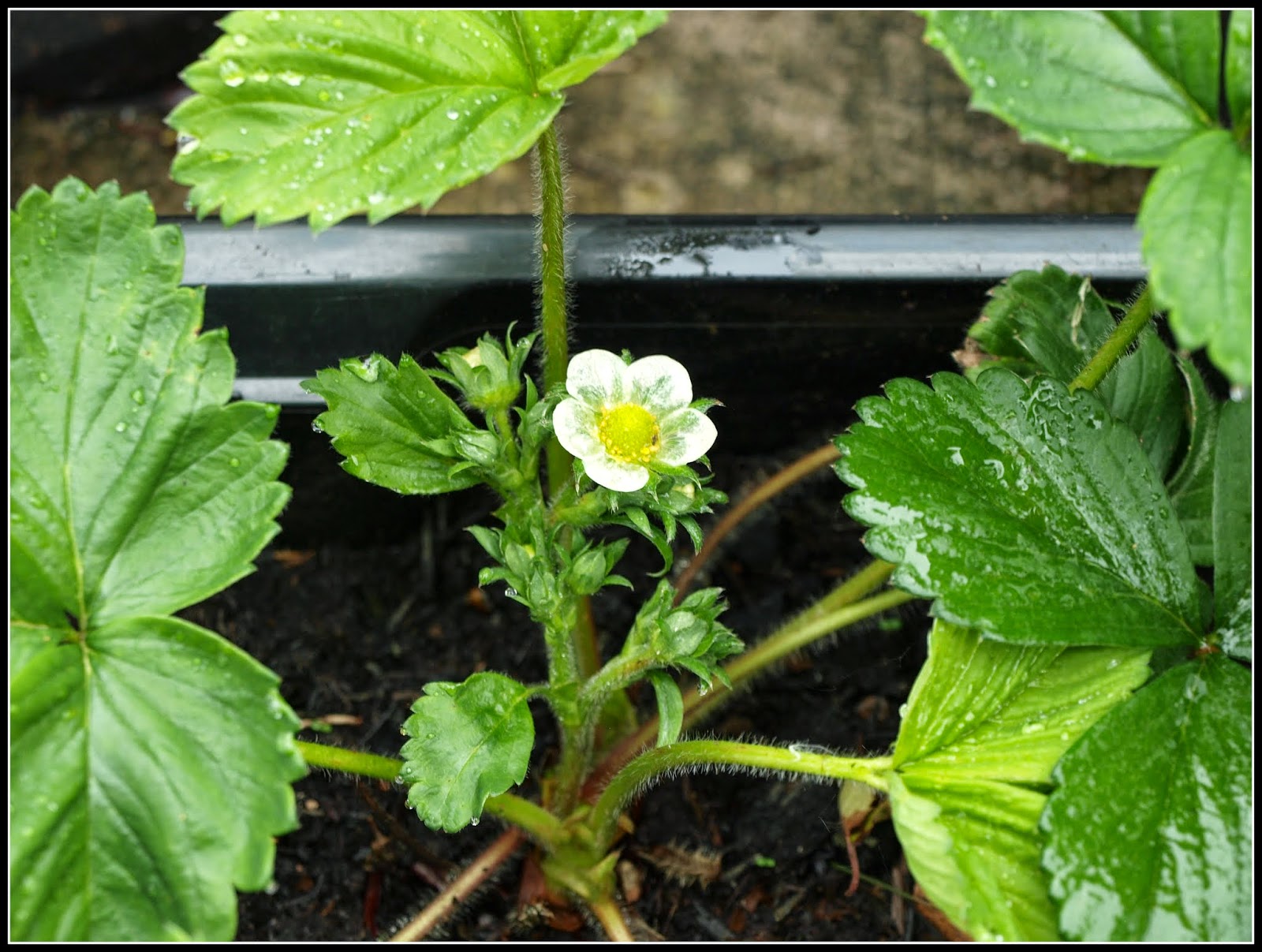 The peas have had a huge growth-spurt. Instructions for growing peas always exhort you to give them planty of moisture when the pods are forming, so these ones ought to do OK! 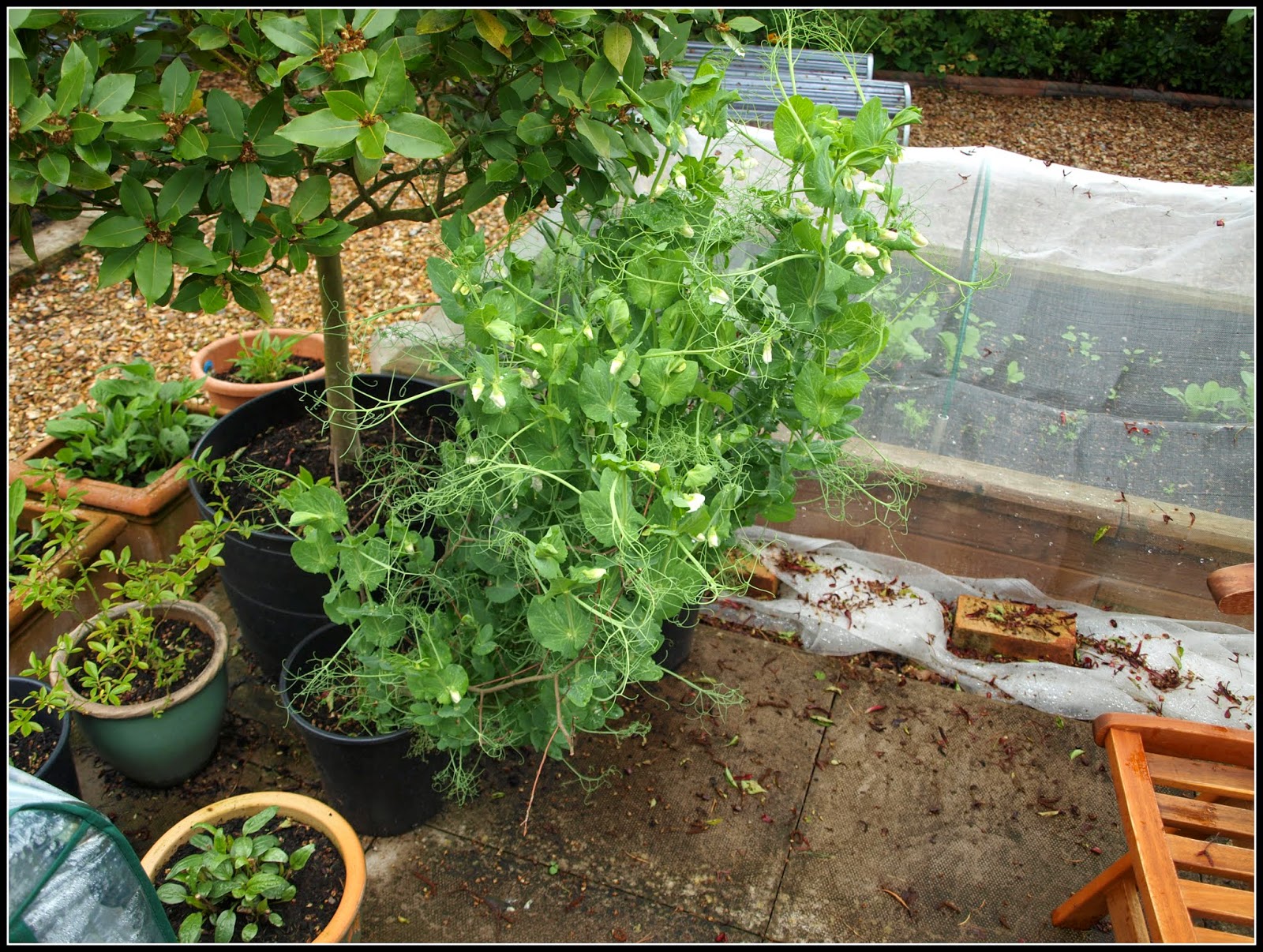 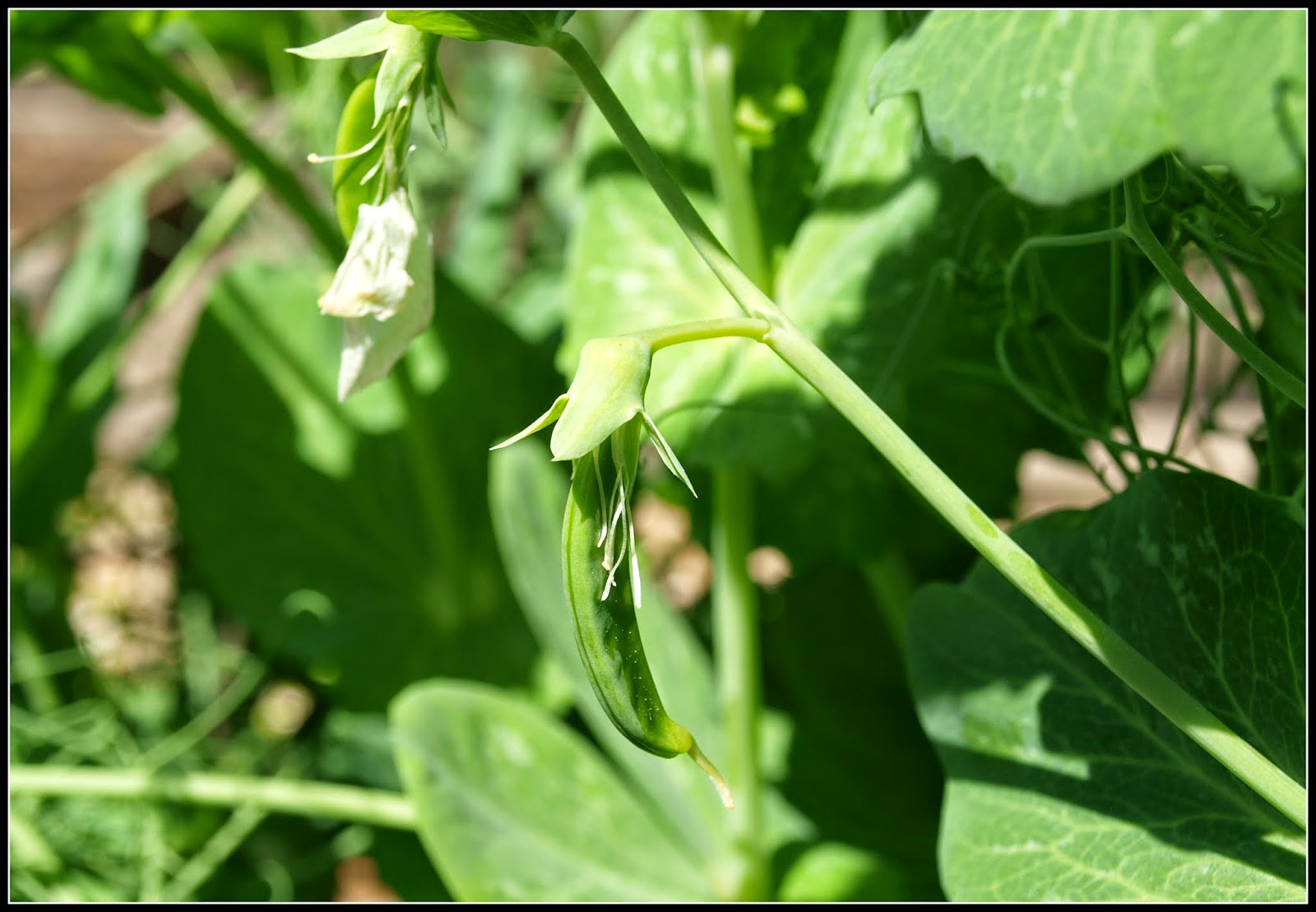 The Broad Beans are covered in flowers too. I just hope their pollen hasn't been washed away. 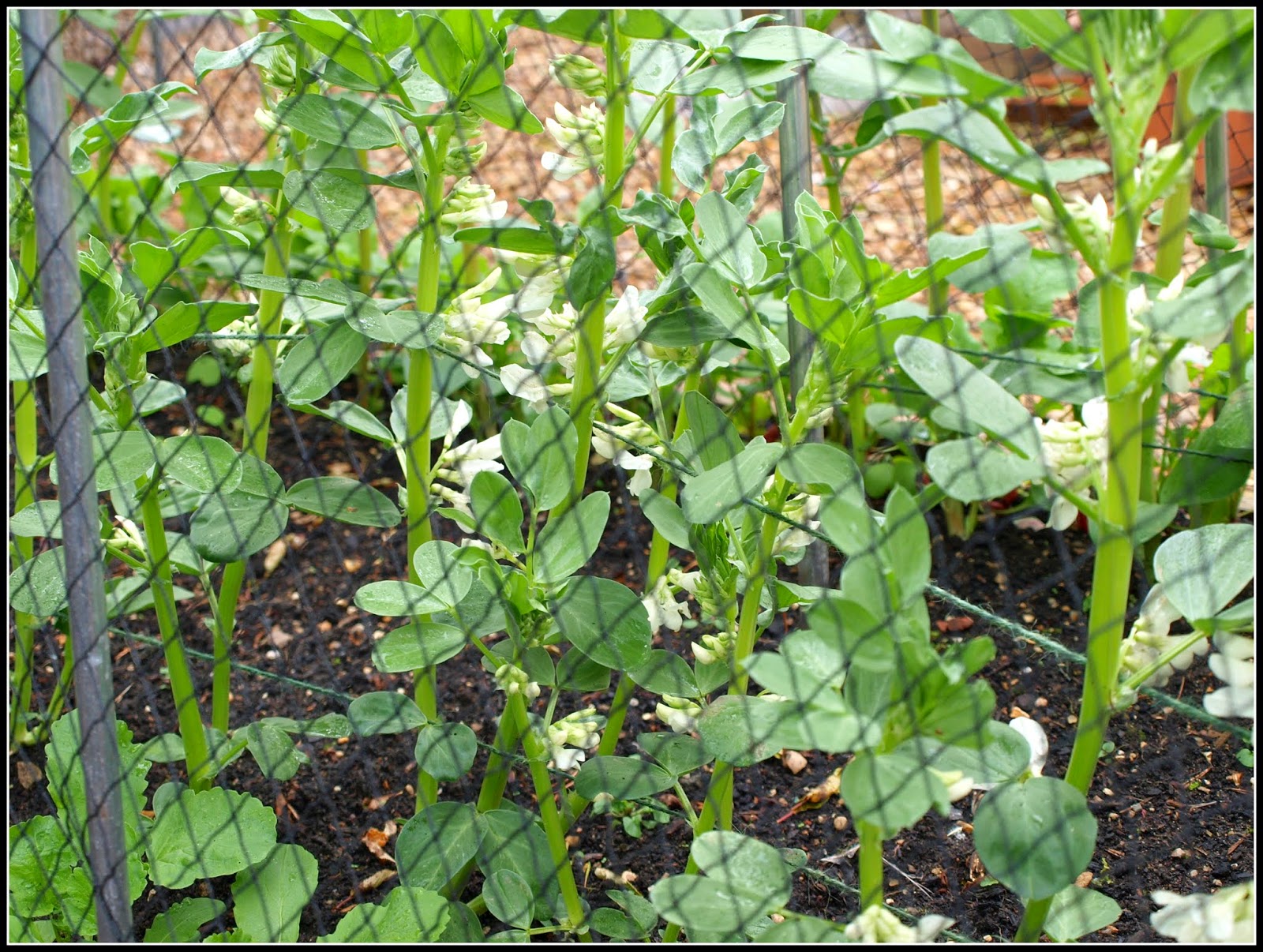 Even the second sowing of carrots has germinated at last (phew). I'm not going to show you a photo of that, because I want to open the Enviromesh cover as seldom as possible to make it less likely that any Carrot Root Flies get in.﻿

My Radishes are still going strong, and I'm picking a batch about three times a week. 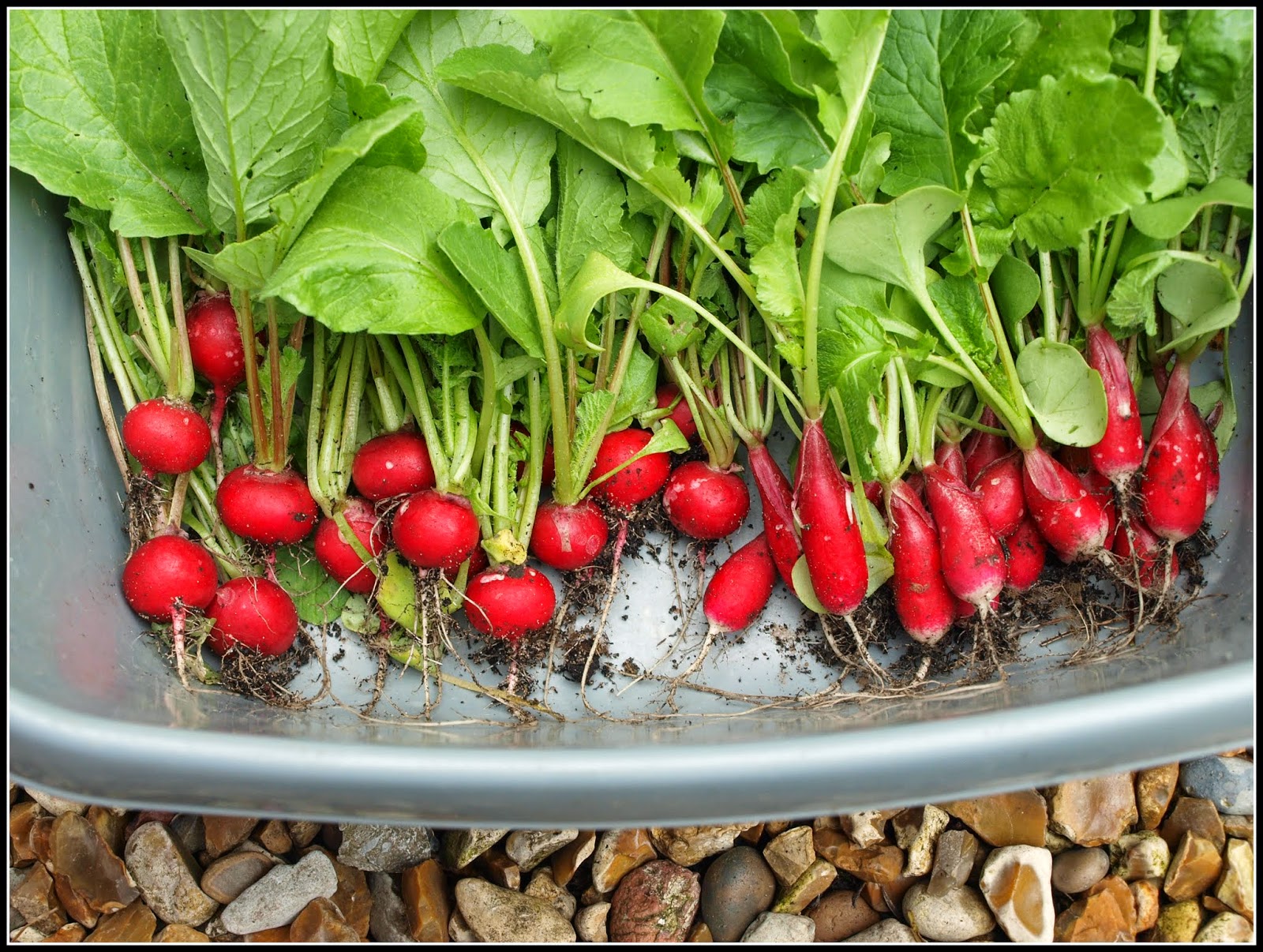 Unfortunately the molluscs have been enjoying the wet weather too, and several of the Radishes are showing signs of the odd surreptitious nibble. However, I have been counter-attacking, and my blue slug pellets have so far managed to keep the enemy at bay: 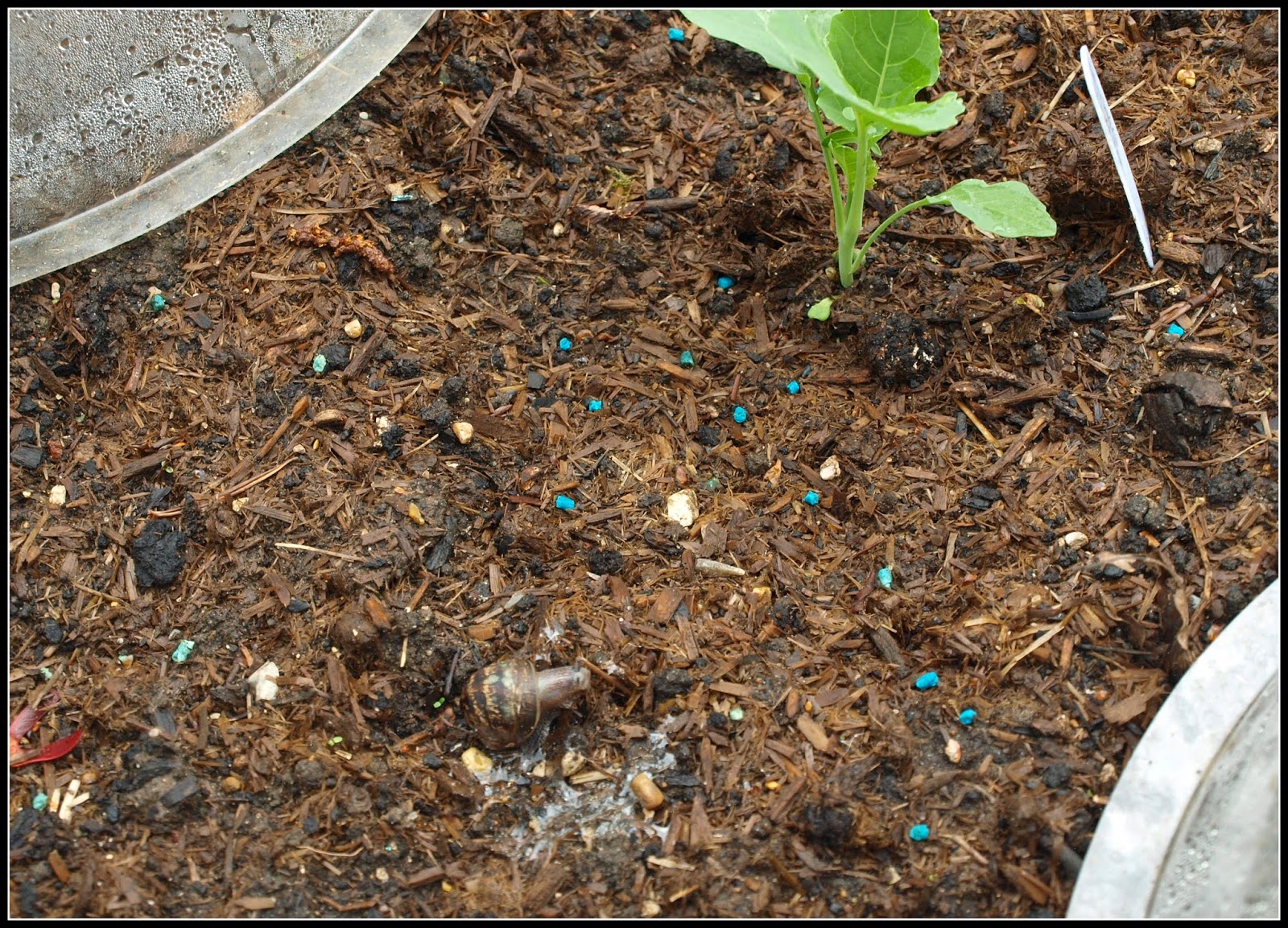 ﻿
I do not use a lot of chemicals on my garden, but I make no apologies for using slug pellets. I have tried other methods, but this is the only one that works for me.
Posted by Mark Willis at 12:00