The Aquilegia is a very self-confident, rather obtuse plant. If it wants to grow, it can grow just about anywhere (including places you don't want it to grow), but if it doesn't want to grow it certainly won't. Last year I tried to grow a couple of varieties from seeds that a friend had sent me, but despite using up the entire contents of both seed-packets in two staggered sowings, not a single one germinated. At the same time, I have hundreds of the darned things popping up all over the garden. These latter I presume are the offspring of some plain pink and blue ones which I allow to grow alongside the house in a place where nothing much else will survive (poor soil and low levels of light), though I never let them get big enough to be really sure.

Two years ago, a blogging / facebook friend called David Ford sent me seeds for this very pretty variety of Aquilegia:

Much to my relief (and surprise) I managed to grow some of these last year. They didn't flower, but they did grow big enough to survive the Winter, and this year they have flowered. In fact they are at their best right now. This photo was taken in my garden just a few days ago: 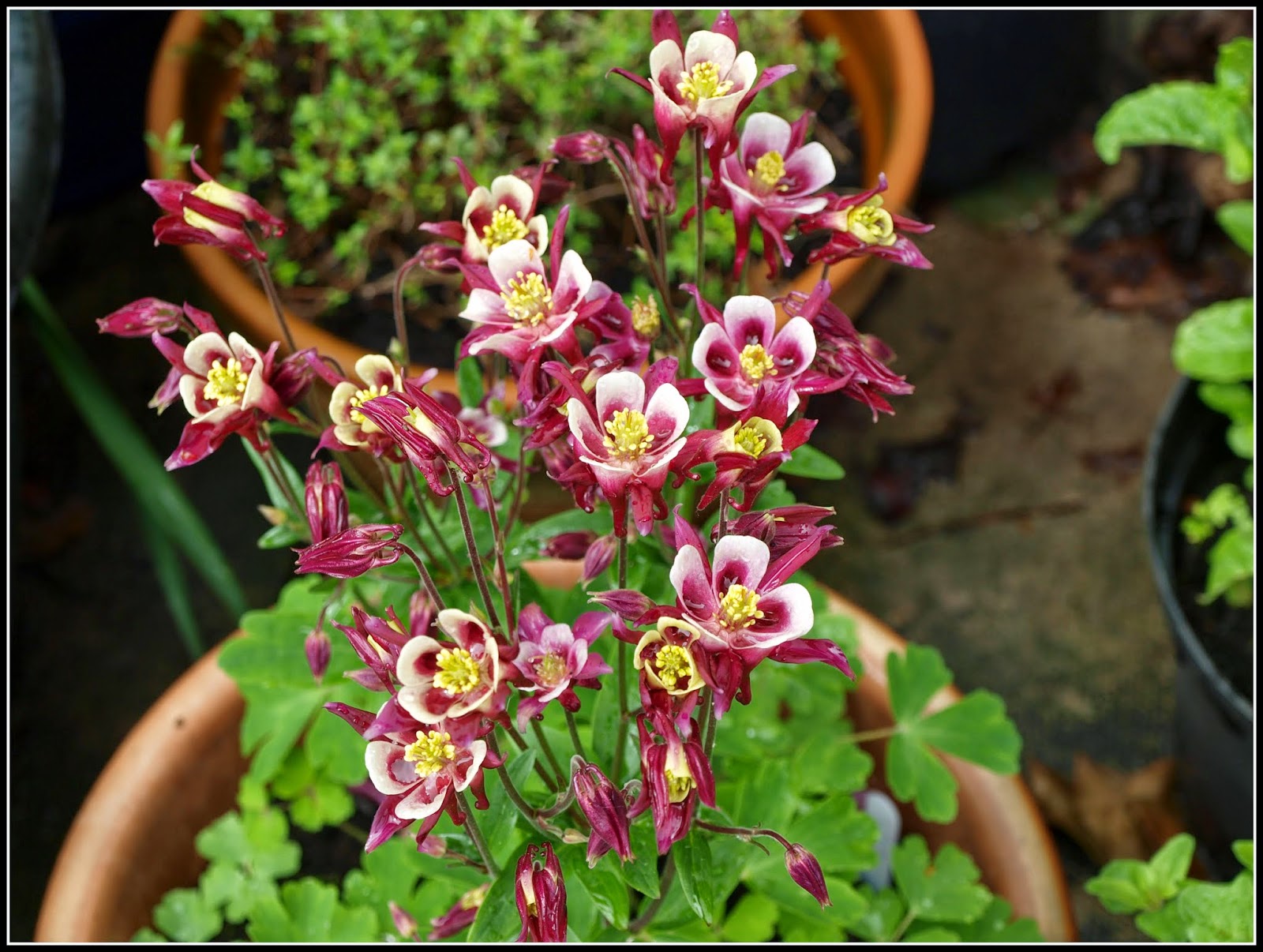 ﻿
Despite the poor light (a gloomy, rainy day), I think you can see that the seeds have come true and have produced plants very much like their parents. I like them so much that I really wouldn't mind if this plant self-seeds profusely!

Nearby is another Aquilegia import. This is one I brought back from my MIL's house the year before last, as a root-division of a mature plant. It has pink flowers, but the pink is a lot deeper than the rather insipid ones that I already had (referred to above). 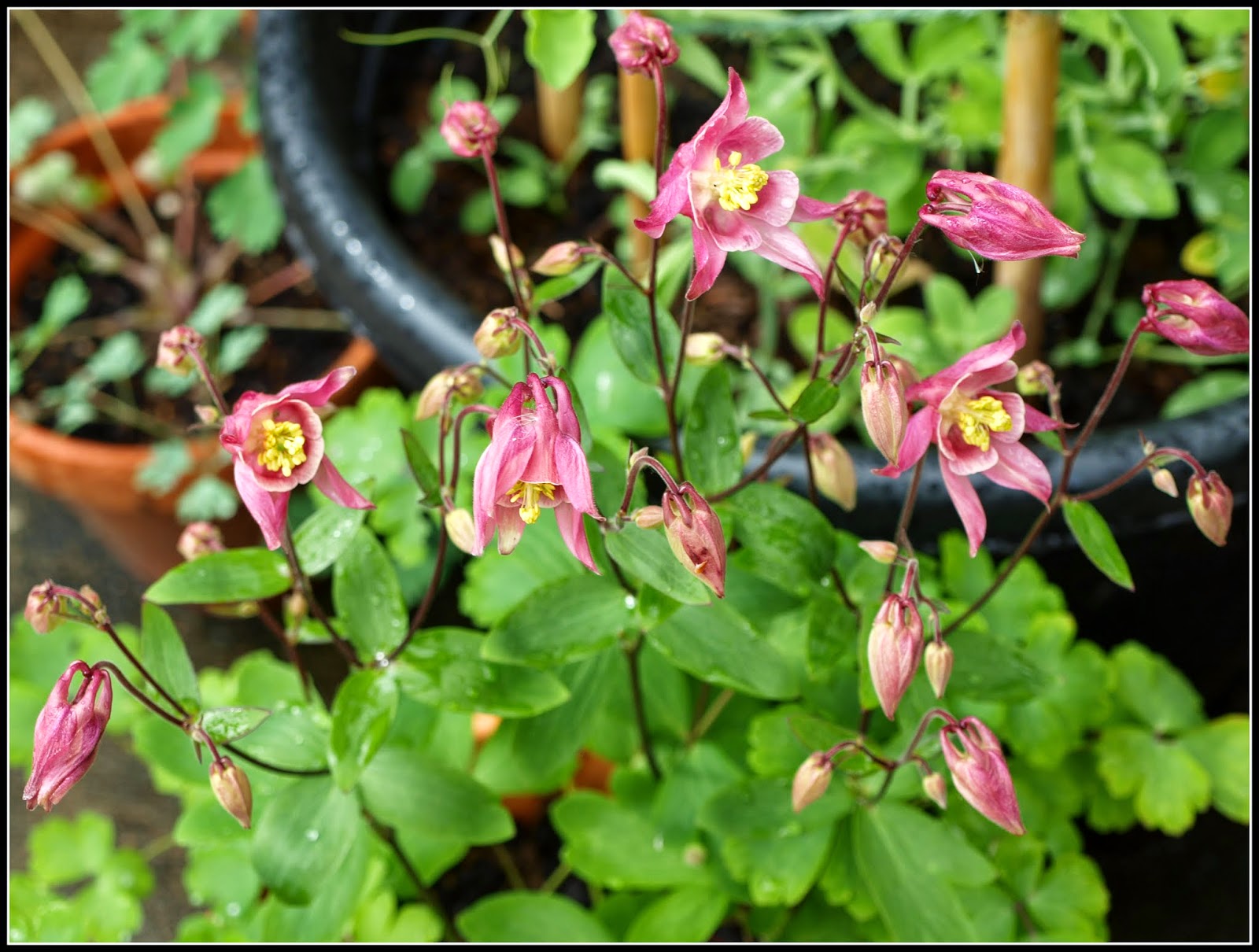 This stunning red and yellow one, with long "streamers" (seen here in a photo from June 2013) is not yet flowering, so I have this to look forward to still. It was grown from seeds sent to me by Diana Demiyah in Malaysia. 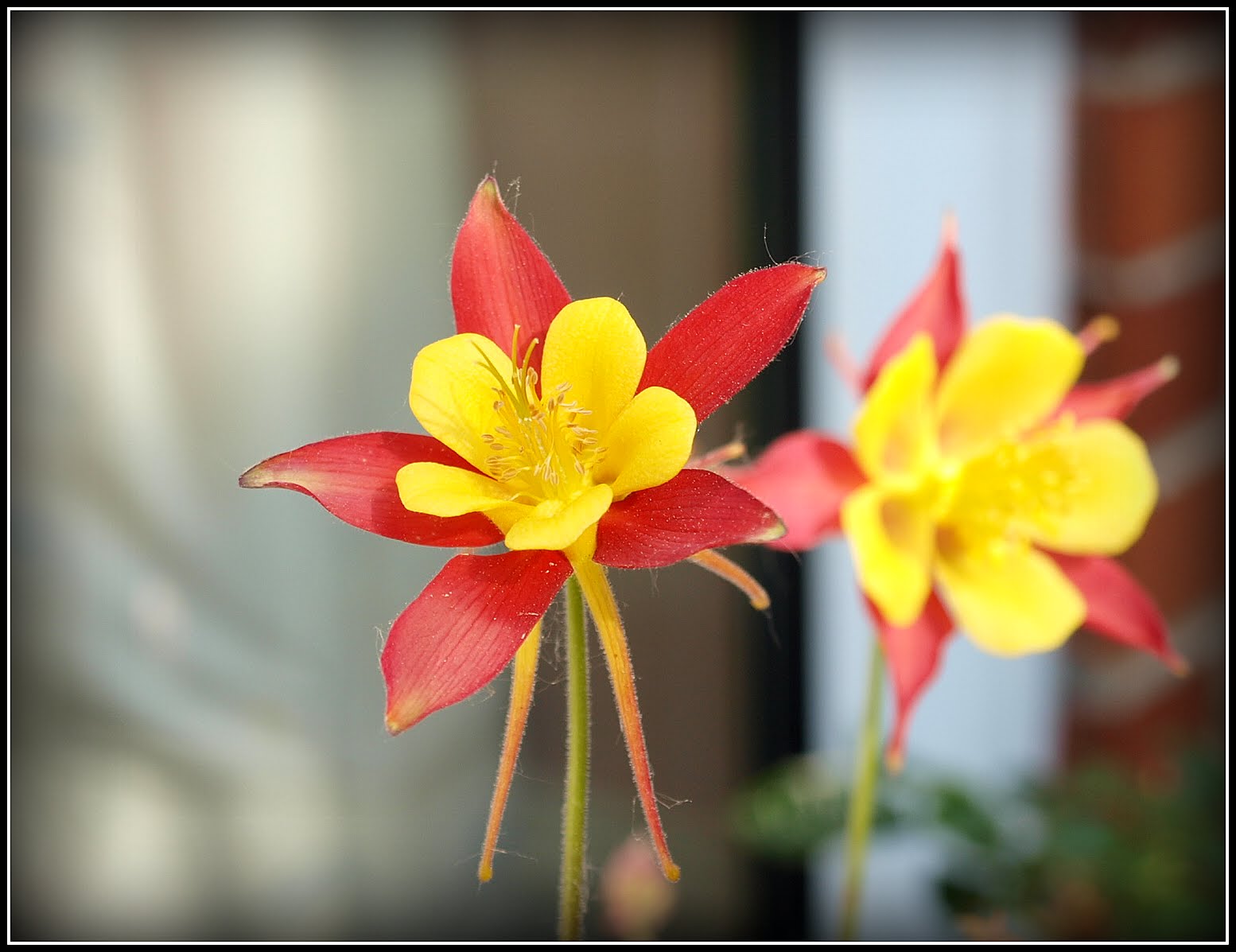 I know that Aquilegias hybridise easily, so wouldn't it be nice if the deep wine-coloured one from David got together with the red-and-yellow one from Diana and produced something new and amazing? ﻿
Posted by Mark Willis at 12:00