The potatoes are doing nicely. They seem to thrive in the moist conditions at this time of year, though when the weather warms up moist conditions will be dangerous as those are the conditions in which the dreaded blight also thrives. The First Earlies are now bursting out of their "seedling greenhouse": 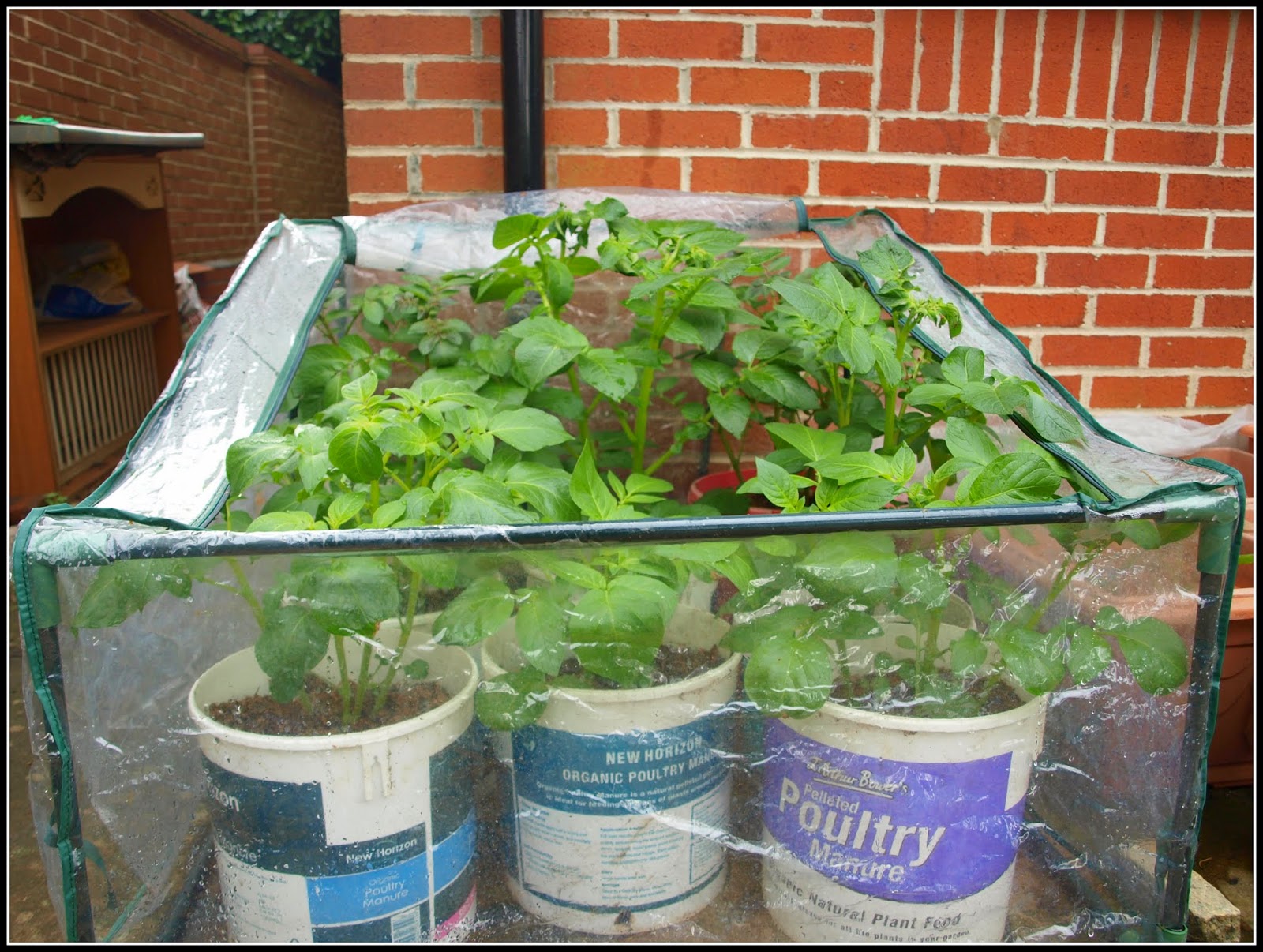 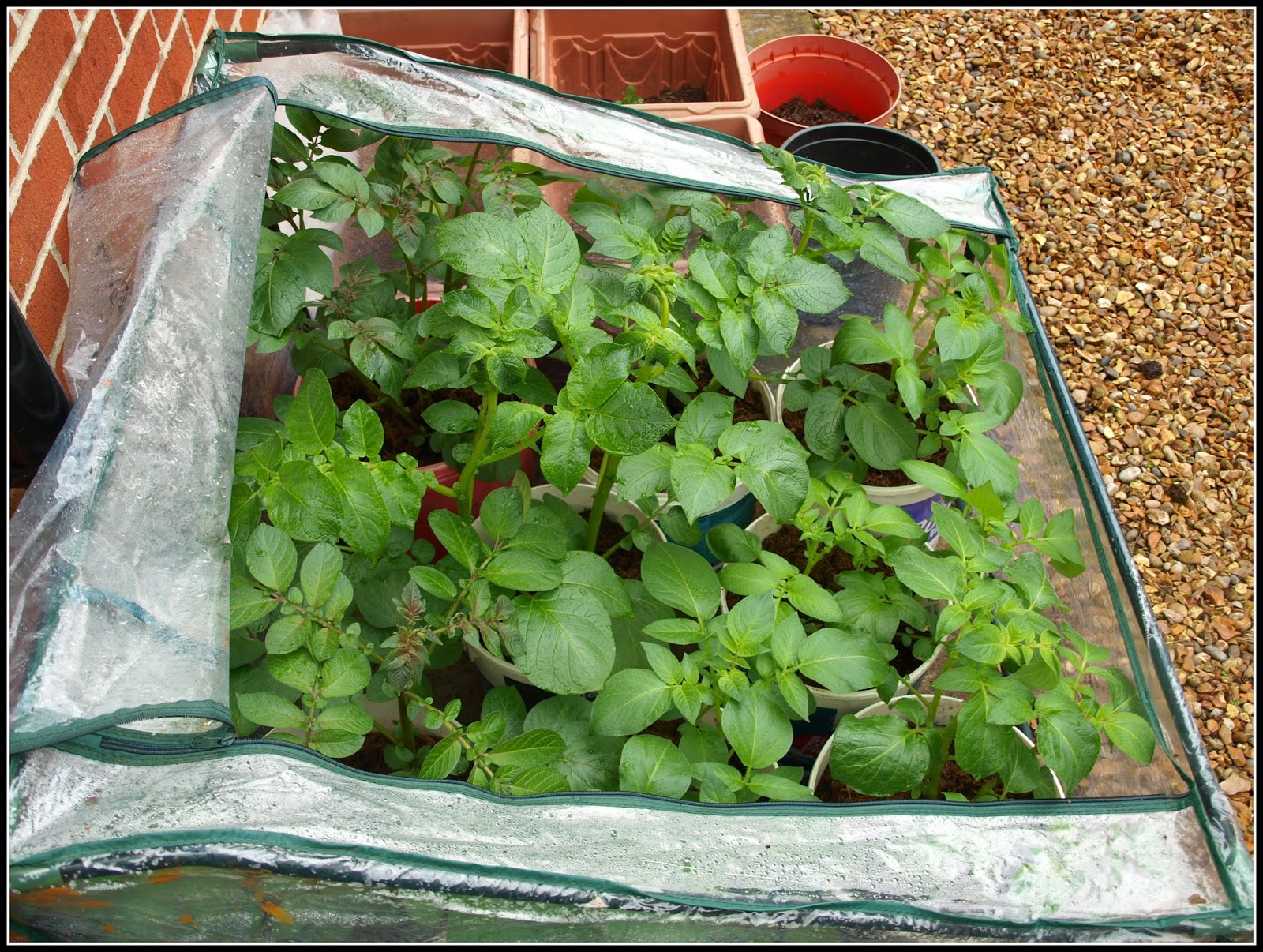 I can just about get the lid closed still, and I certainly made sure to do so last night, since the weather forecast was predicting a temperature of 3C﻿ round here. You can never rely completely on the weather forecast, so if they say 3, I reckon on zero! Potato foliage is easily damaged by frost, so I wasn't taking any chances.

The Second Early plants had reached the stage where they needed earthing-up. In the USA I think this is called "hilling". The idea is to progressively put more soil / compost round the stems as the plants grow, in order to stimulate more root growth and thus more tubers. You can see how tall the stems of these ones had got: 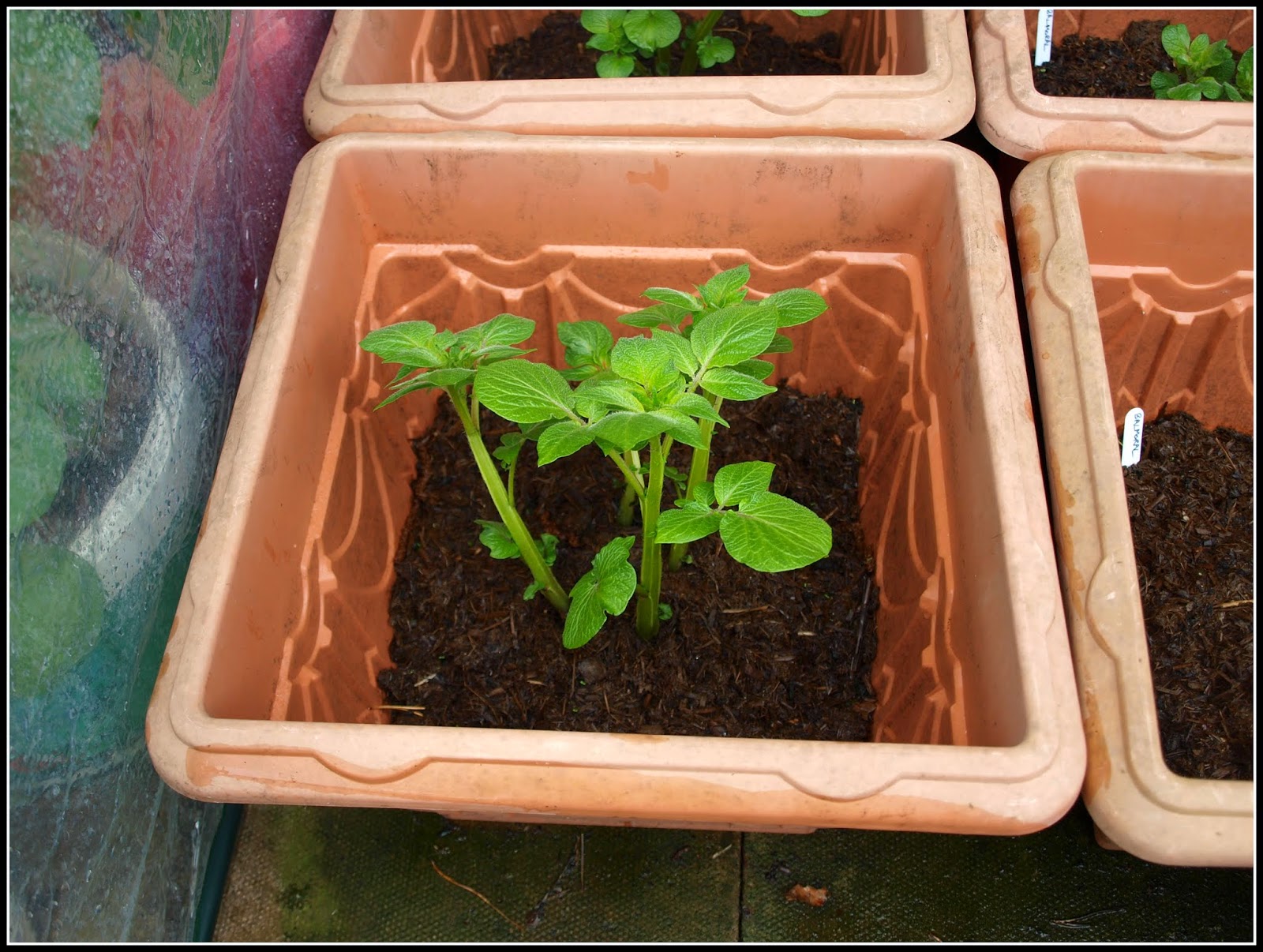 In this next photo you can see the fleece that I have put in place for reacting quickly to the threat of frost. I just pull it over the pots and weigh it down with a couple of bricks. When it is not required it is stuffed down behind the back row of pots. Last night it was deployed! 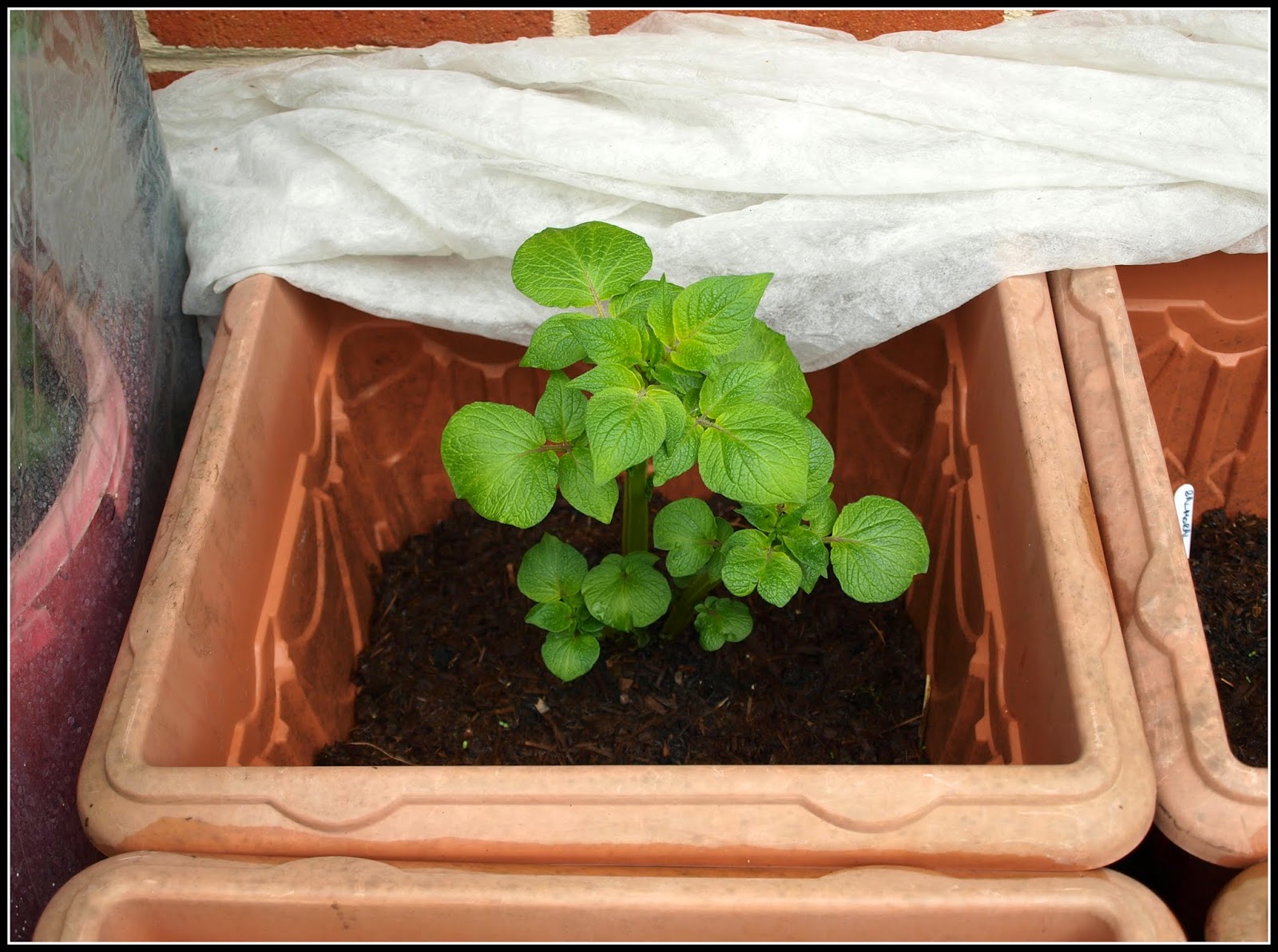 Yesterday afternoon I did the earthing-up, and this is what those pots look like now: 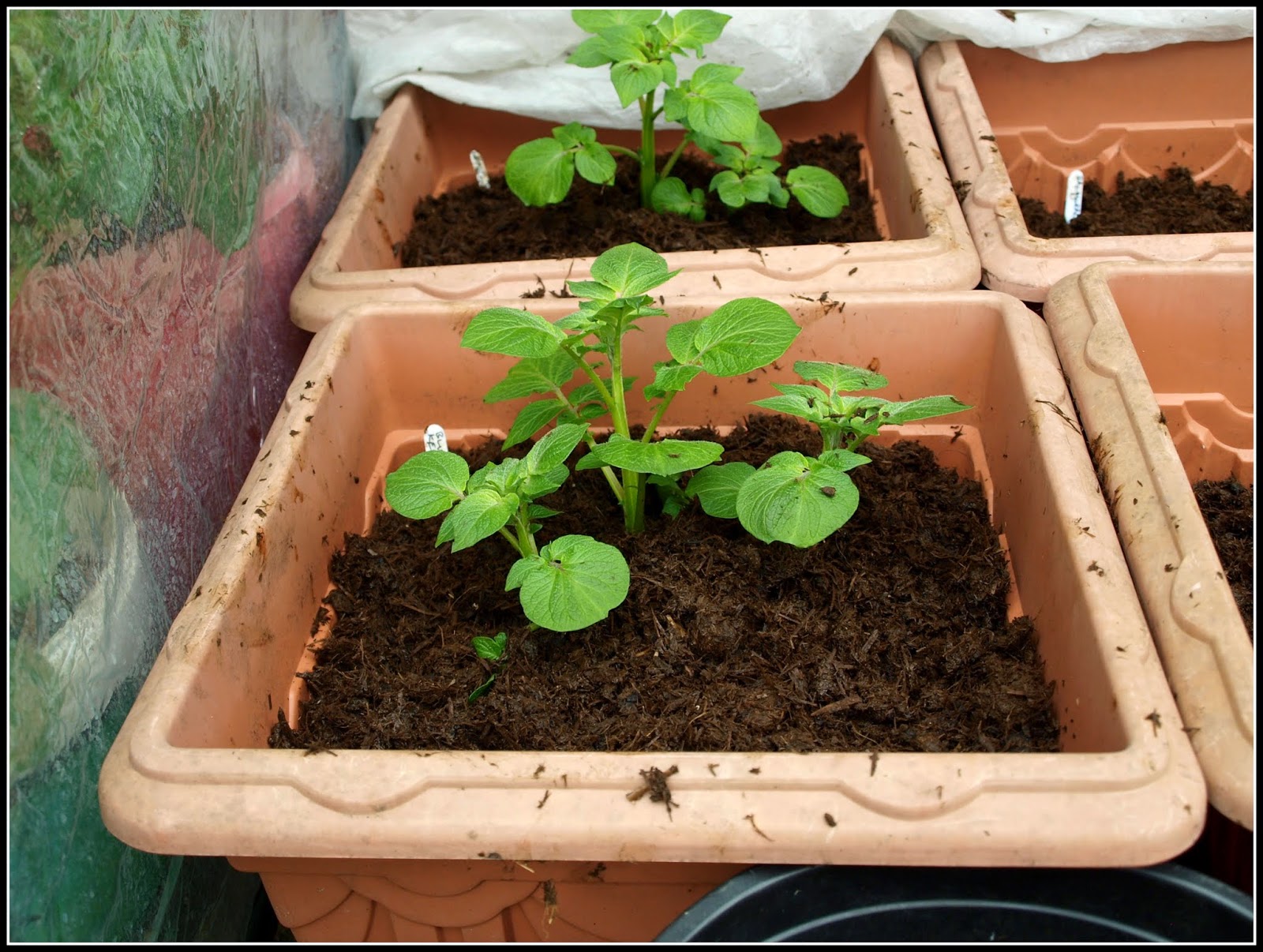 I have added a layer of approximately 6 inches of compost. I may do another one in a week or two; it depends if I have enough compost after planting out the tomatoes and chillis. 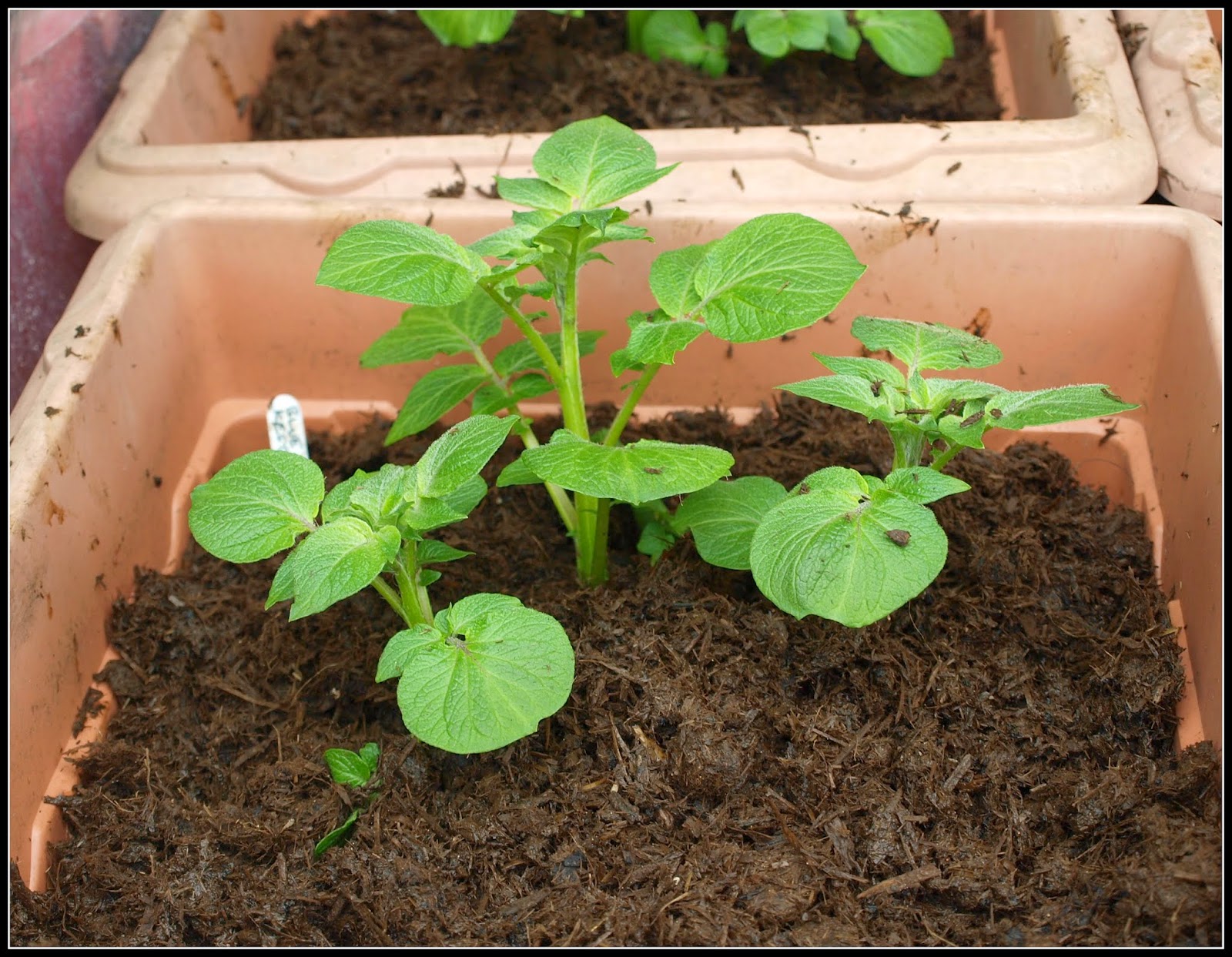 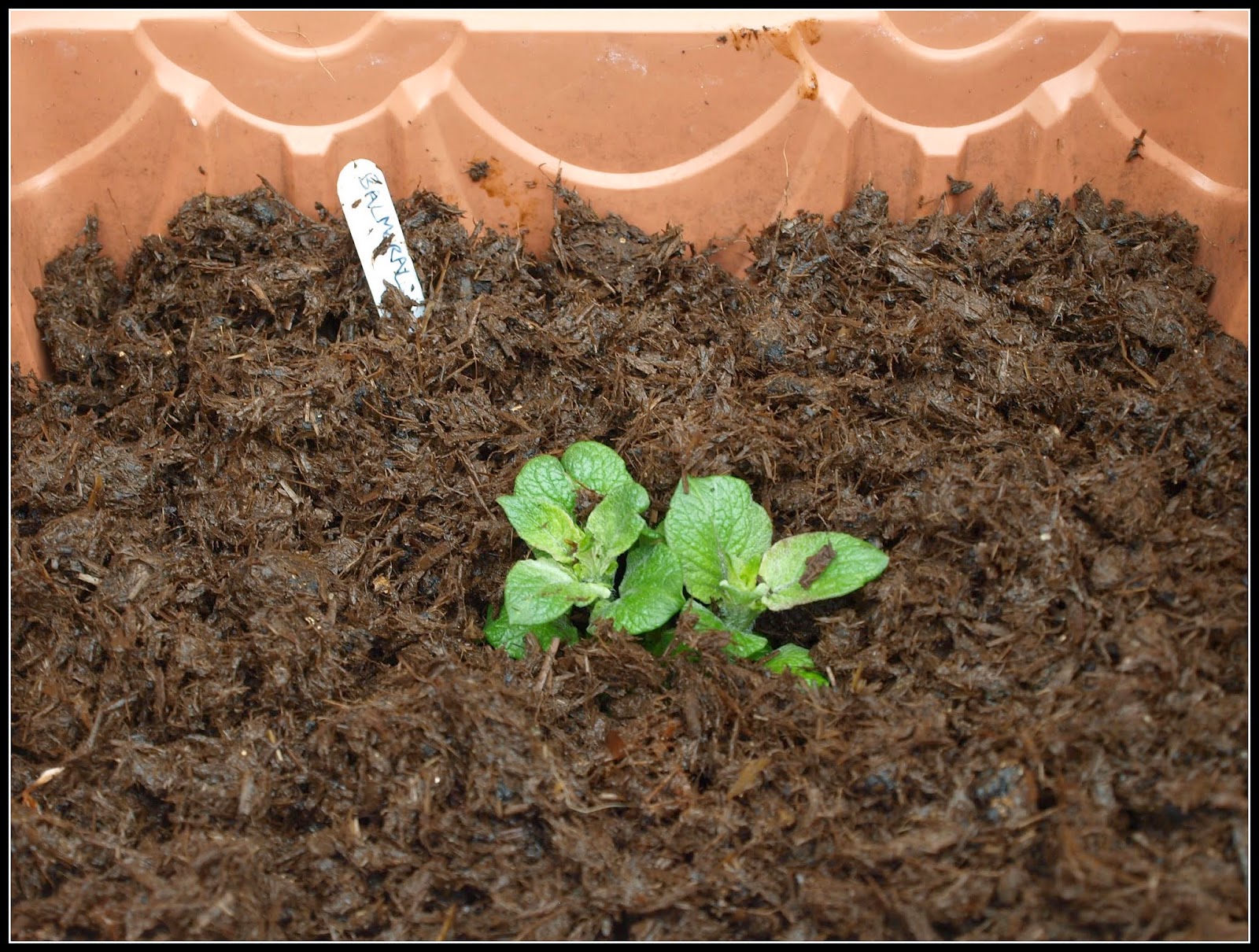 Since frost was a possibility, I completely covered with compost the just-emerging shoots of the Maincrop plants﻿. This can count as their first earthing-up. (I'm not showing you a photo of that!). I also brought the tomato and chilli plants indoors or into the garage, because I thought 3 degrees would be too cold for them even though they were in the plastic greenhouses. It was a bit of a pfaff doing this (several trips were required), but I feel it was worth it.

If things keep going according to plan I expect to be harvesting the first tubers in about a month's time.﻿
Posted by Mark Willis at 12:00