The cucumbers I planted out last week seem to be recovering from whatever it was that ailed them - disease? lack of nutrition due to poor compost? Although the first few leaves were beyond redemption and have been cut off, the plants have made several new ones:

One plant is in a big pot just outside the Living-Room door, surrounded by herbs, Sweet Peas and Aquilegias: 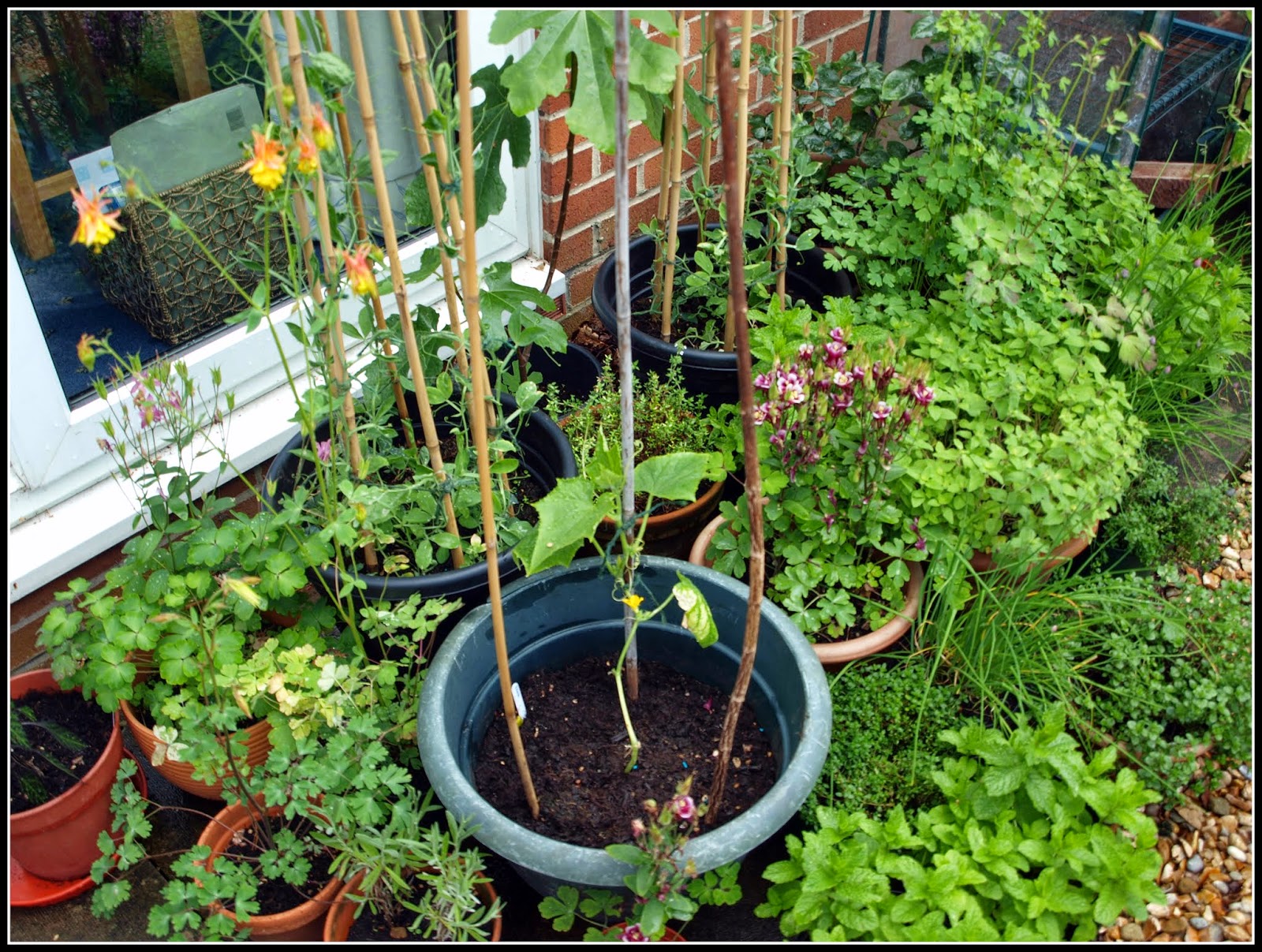 ﻿
As you can see, I have put into the pot a trio of canes (5 foot long), around which I will train the plant. 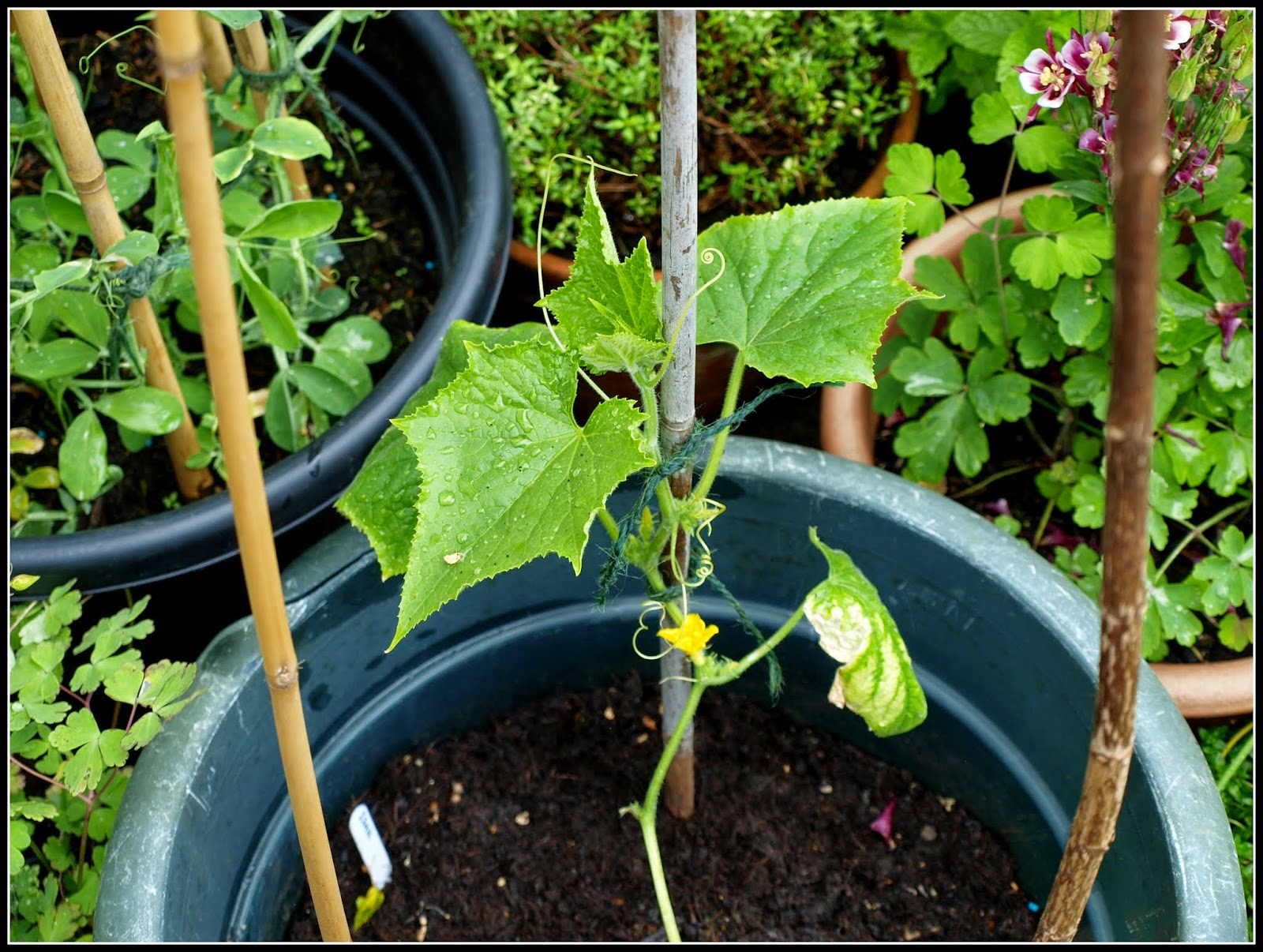 The other two plants are down near the big Woodblocx raised bed, in a huge tub made from half of an old water-butt: 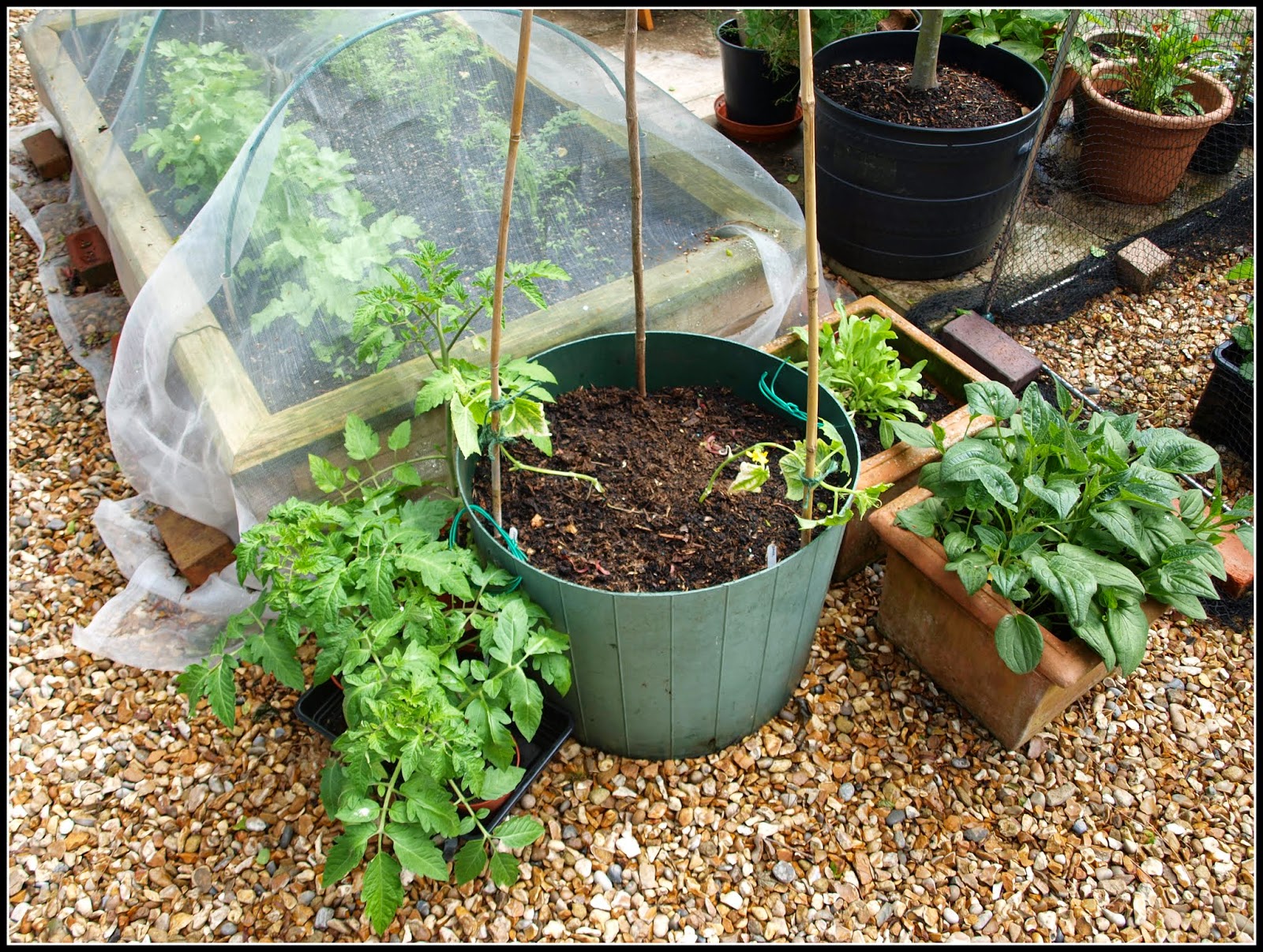 They look far from strong, but I do think they will survive, now that we have hopefully seen the last of the cold nights. I have given them a big dose of plant-food to boost them up. 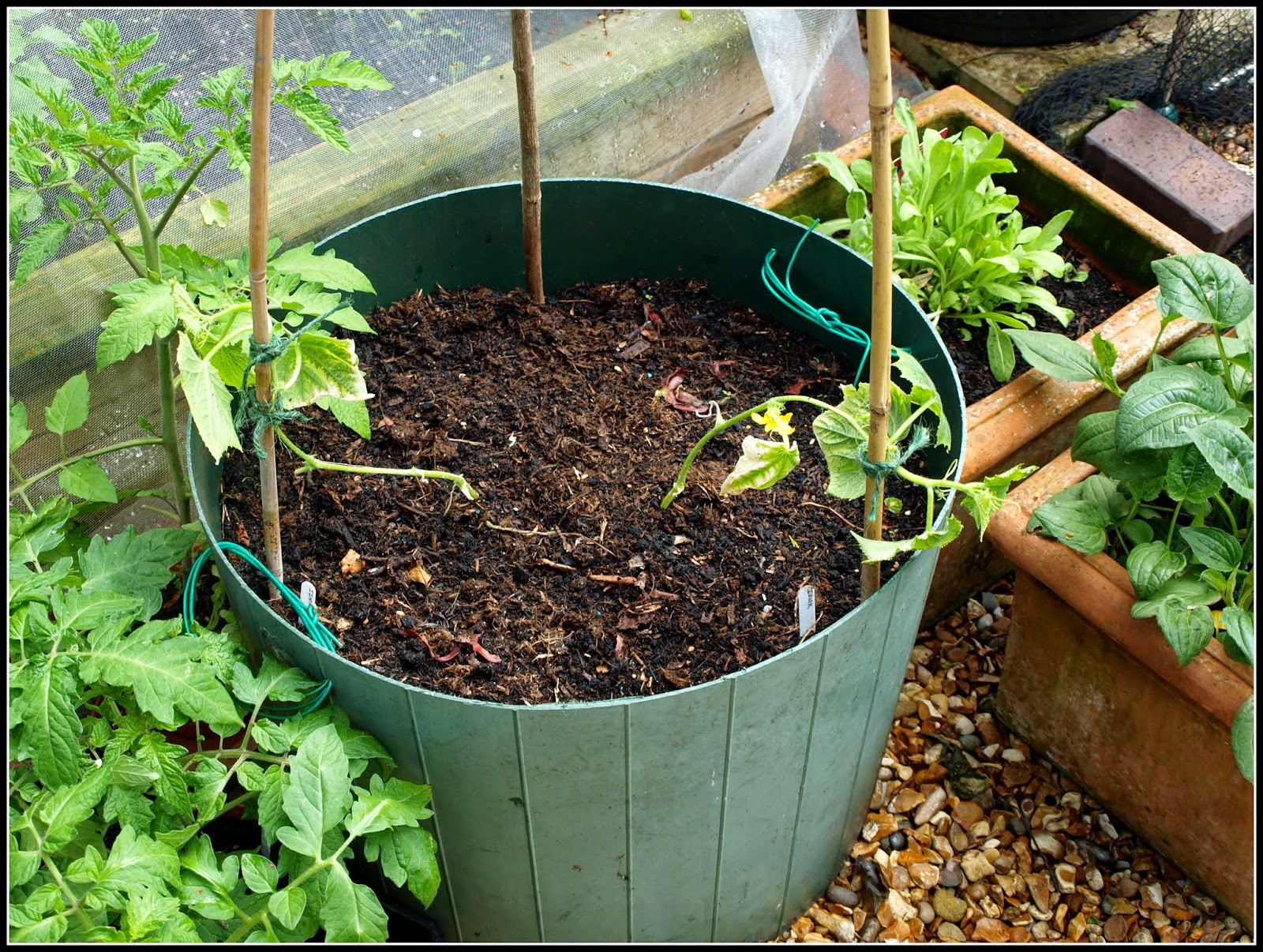 The plants sheltering in the lee of the big tub are my spare tomato plants. They look just as good as the "main" plants I potted up. I think it would be a great shame to just throw them on the compost, so I have promised them to a friend (one of my regular "garden helpers"). She always accepts spare plants because any she can't use herself go to a plant sale in aid of our local hospital. 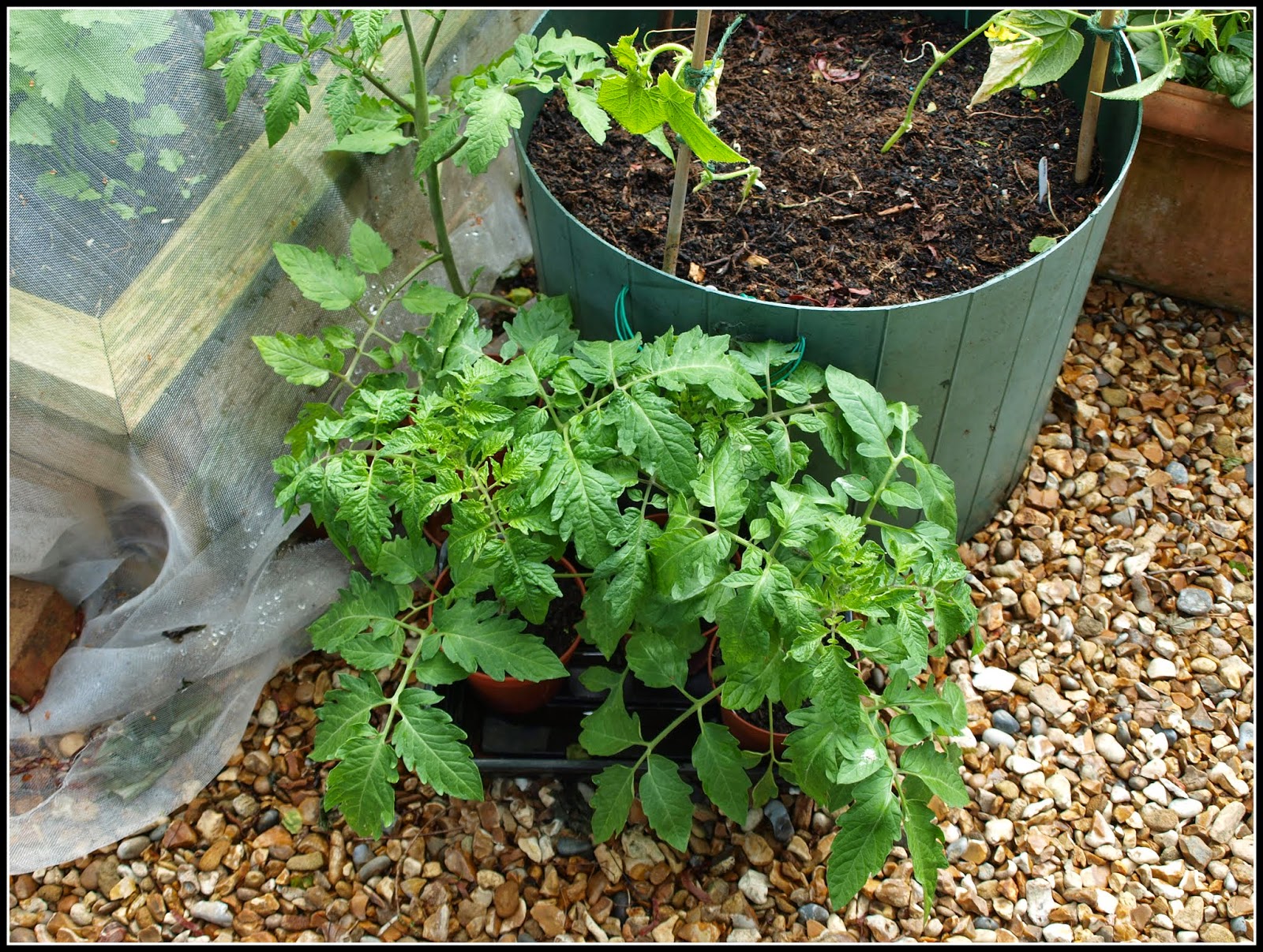