After what I wrote the other day about problems with beans, I was unsure whether I would be able to write a post with this title! However, with the application of some general-purpose plant-food, the beans are looking a bit happier, so I decided the best thing to do was to get them into some soil, where they can start to pick up a proper range of nutrients and not rely on the evidently sub-standard compost in which the poor things started their lives. 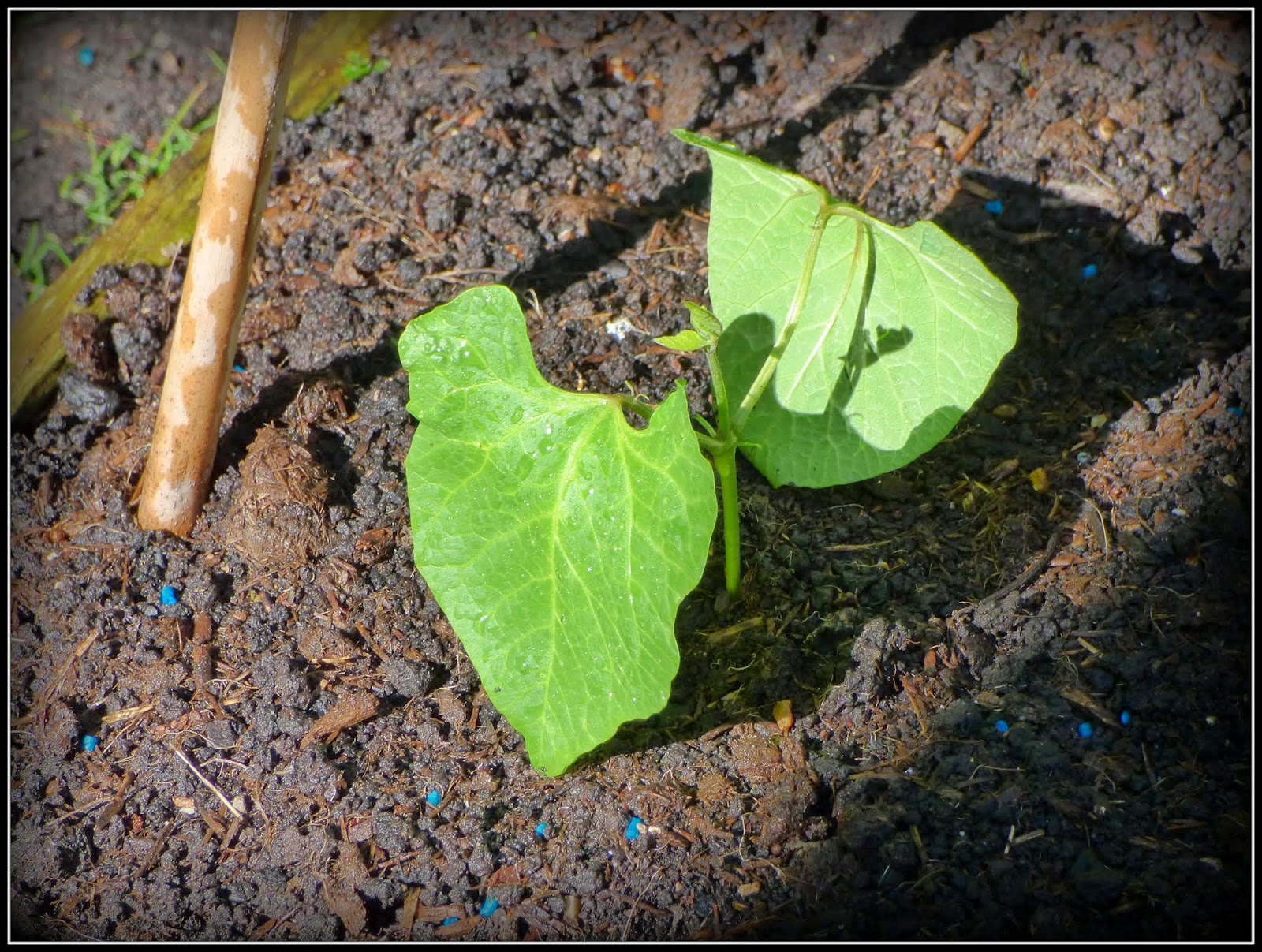 So, I have planted ten Runner Beans, one to a pole, and eight French Beans, two to a pole. 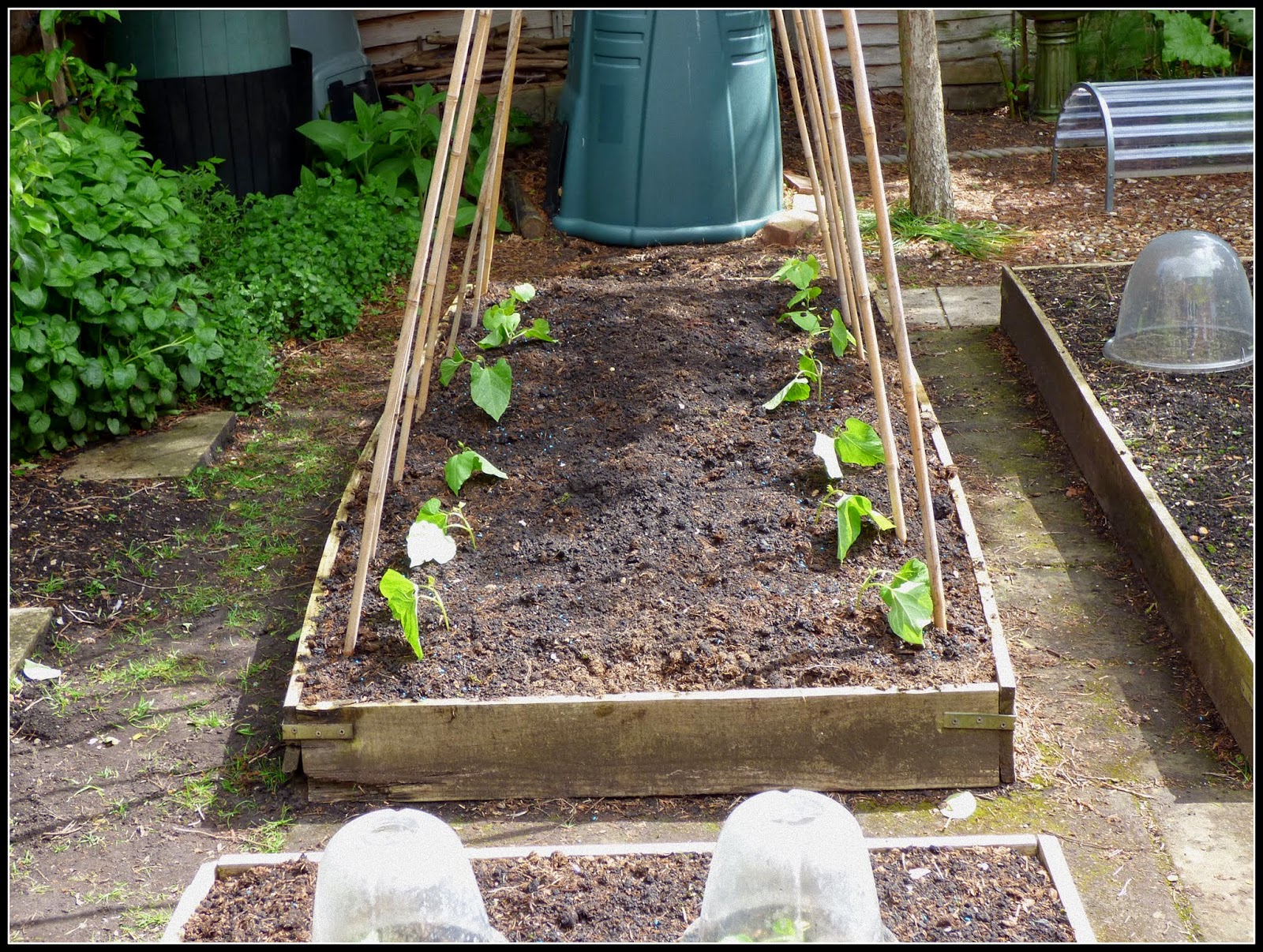 I made sure to plant them pretty deep, getting their roots well into moist soil and drawing more soil up around the stems to give them some support. This was especially necessary since it has been very windy for the last couple of days, and everything has taken a bit of a battering. 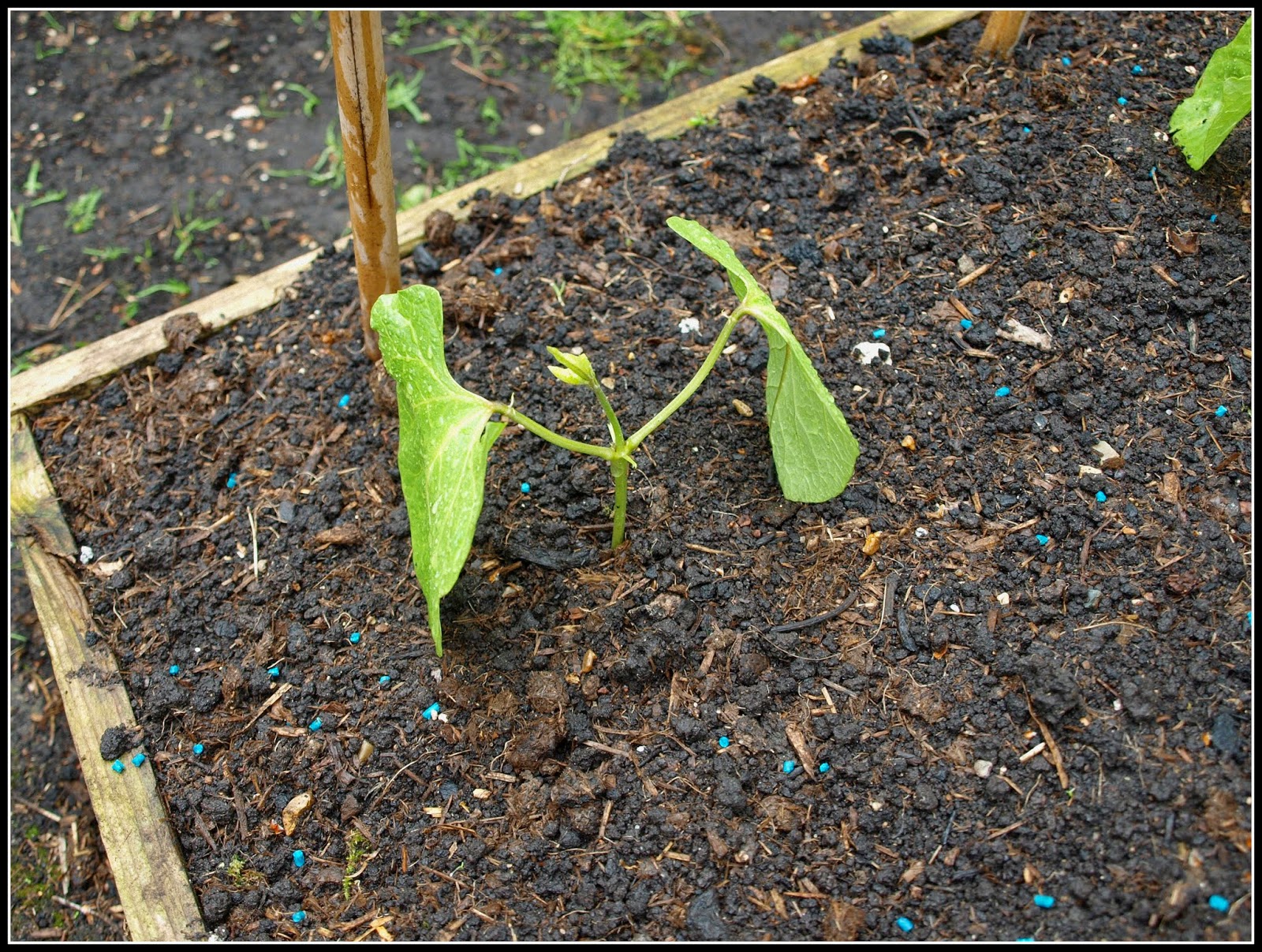 I also put a bit of extra compost at the bottom of each planting-hole. This was the composted stable-manure stuff, so I know it is good. This will help with moisture-retention. Finally the defences: I applied a generous sprinkling of slug-pellets and some of the Nemasys "Grow Your Own" nematodes. In the past I often had major issues with grubs attacking the roots of newly-planted beans, but since I started using nematodes this problem has been dramatically reduced. I shall keep all the spare beans I have for as long as possible though, just in case I need to replace any casualties.
﻿ 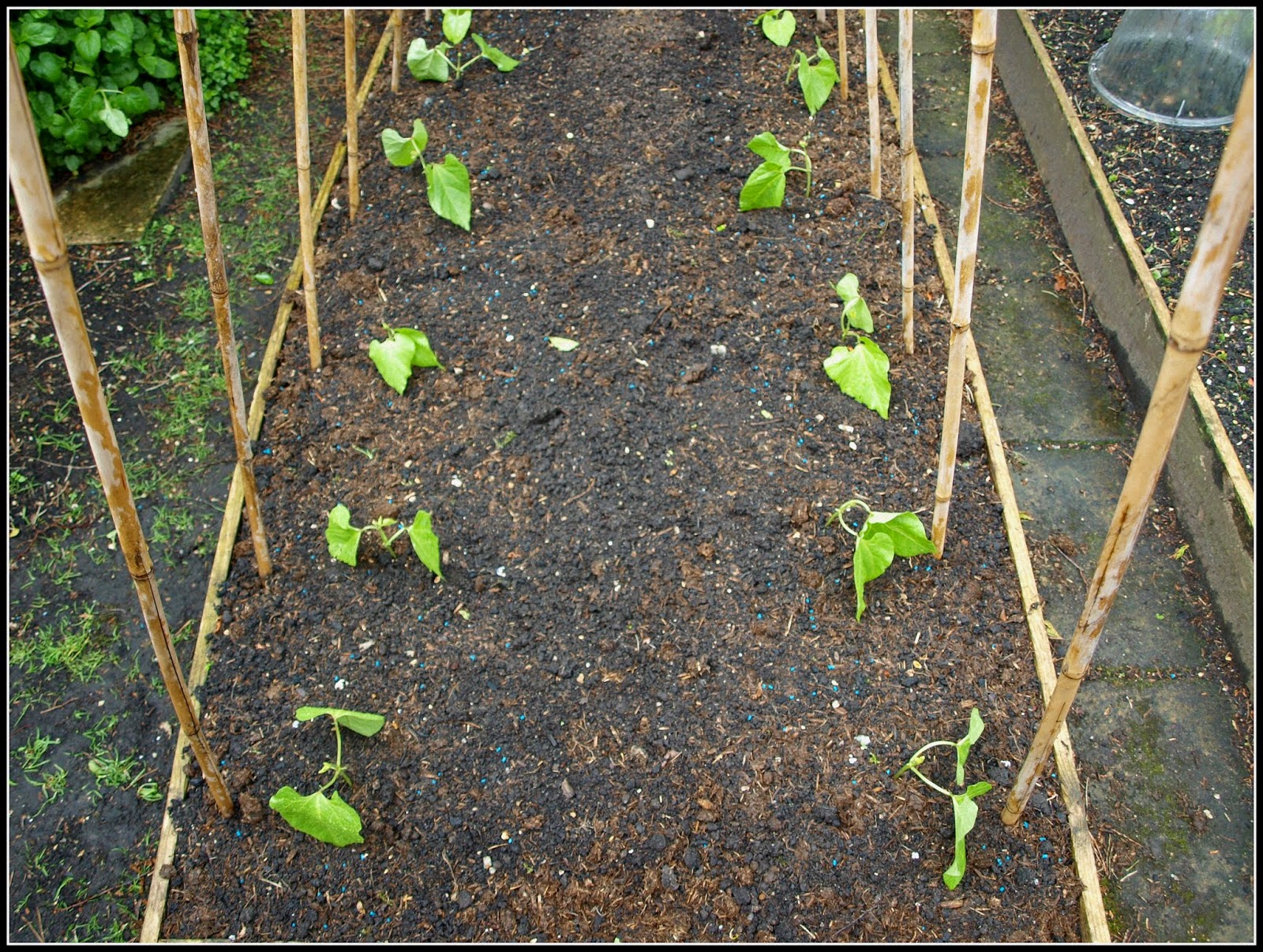 All the Runners are "Scarlet Empire", by the way. I didn't think any of the "Red Rum" ones were worth planting.﻿
Posted by Mark Willis at 12:00