There's a rather scruffy little corner in my garden where I once used to have a compost bin, which I tried to conceal with some ferns. 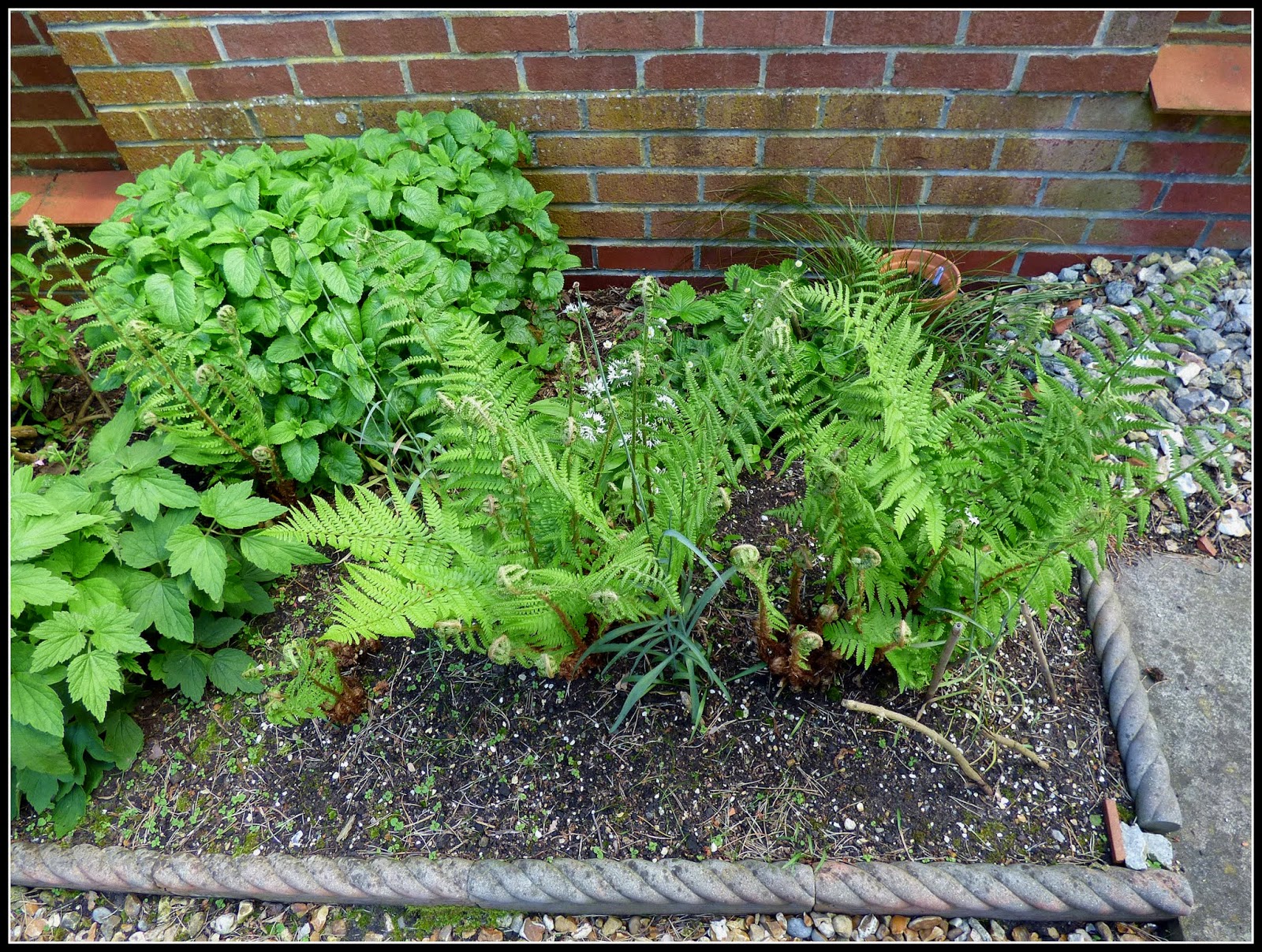 The compost bin has gone now, but the ferns remain. In fact they self-seed quite readily so the patch of ferns has grown a fair bit. Right now they are just coming into leaf - or should I say "into frond"? 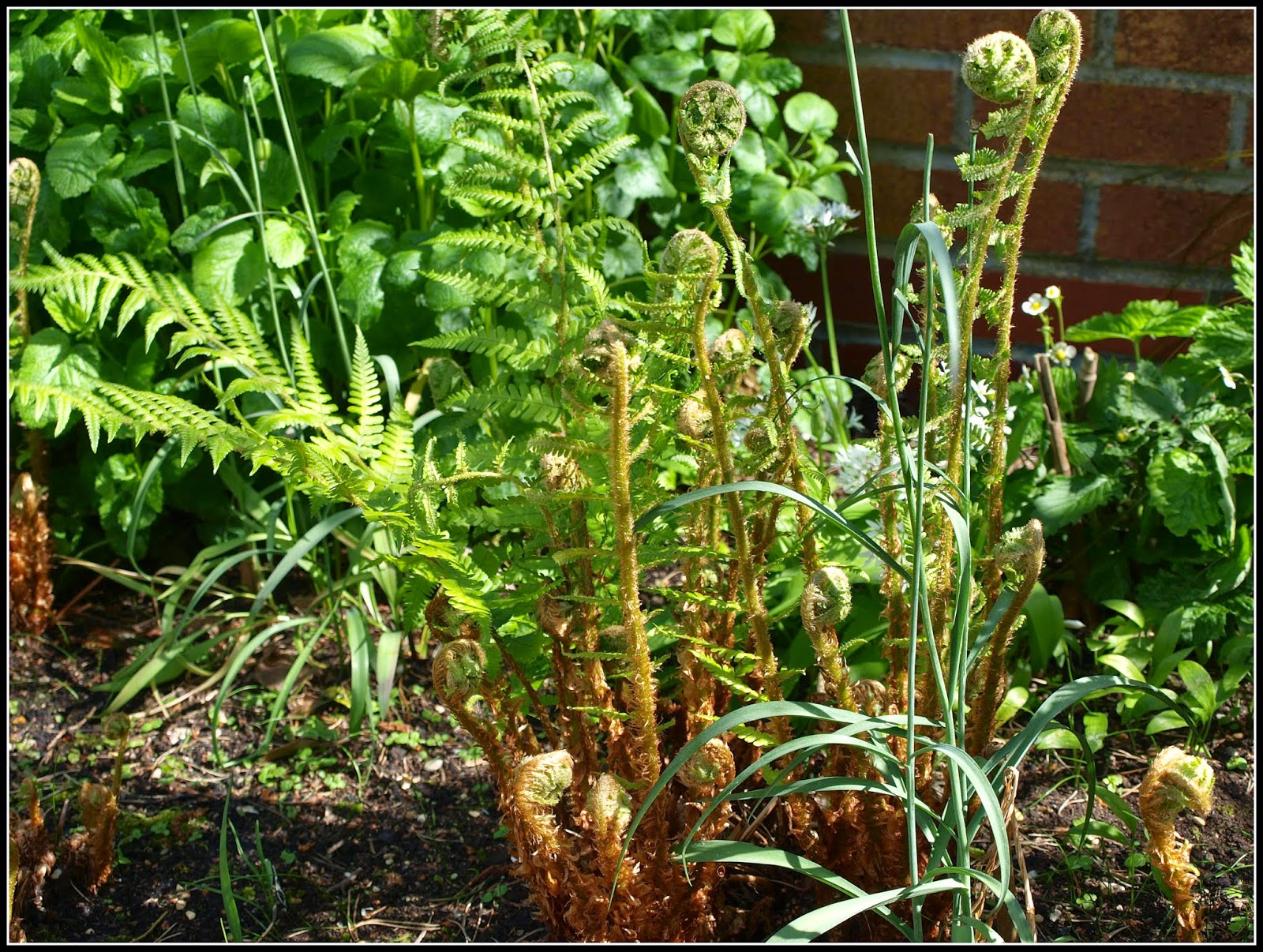 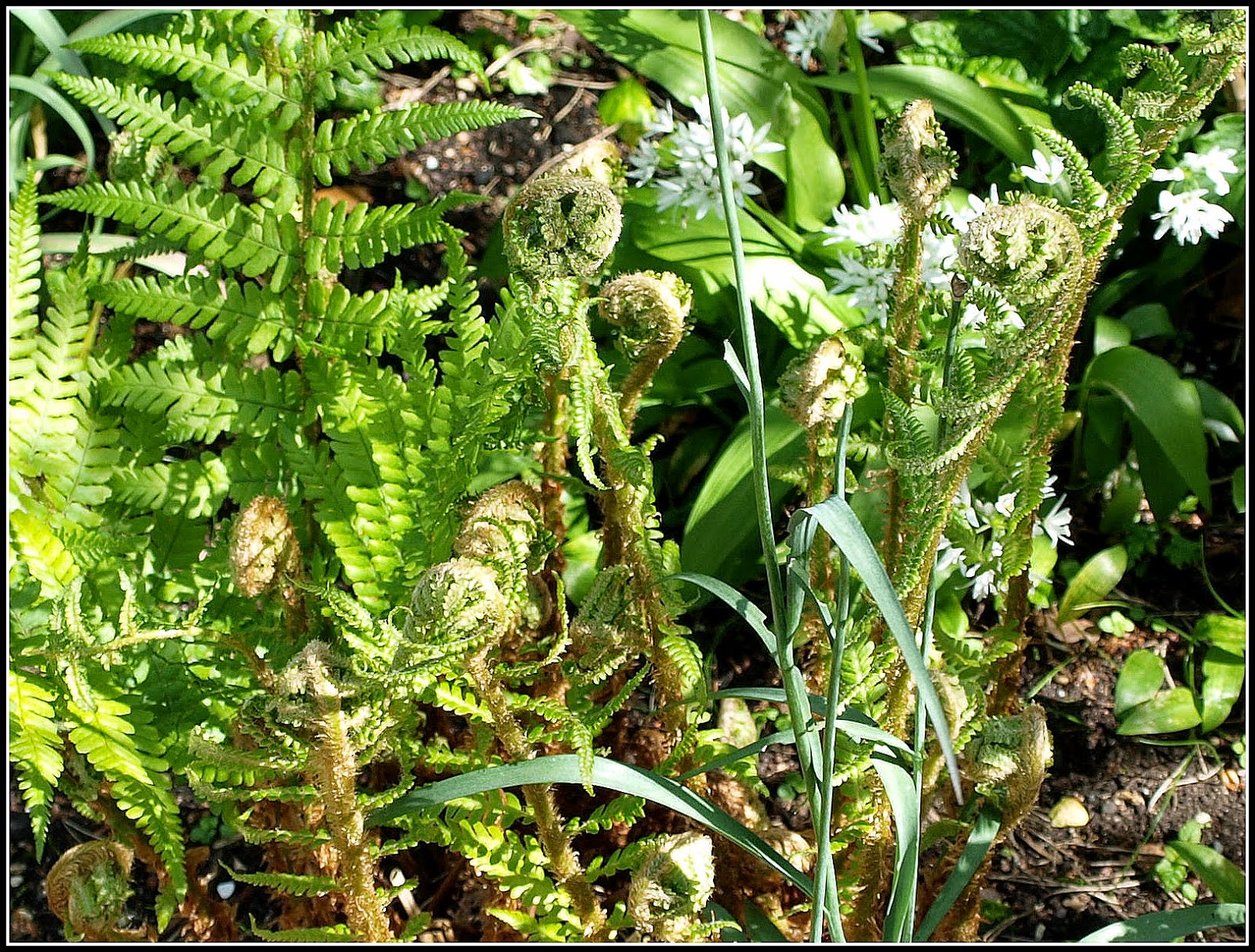 I also have a couple of ferns in pots. One of them is the parent of the ones over by the old compost bin. It's looking a bit mature and "gnarled" now, but it still puts up loads of fresh fronds every year:- 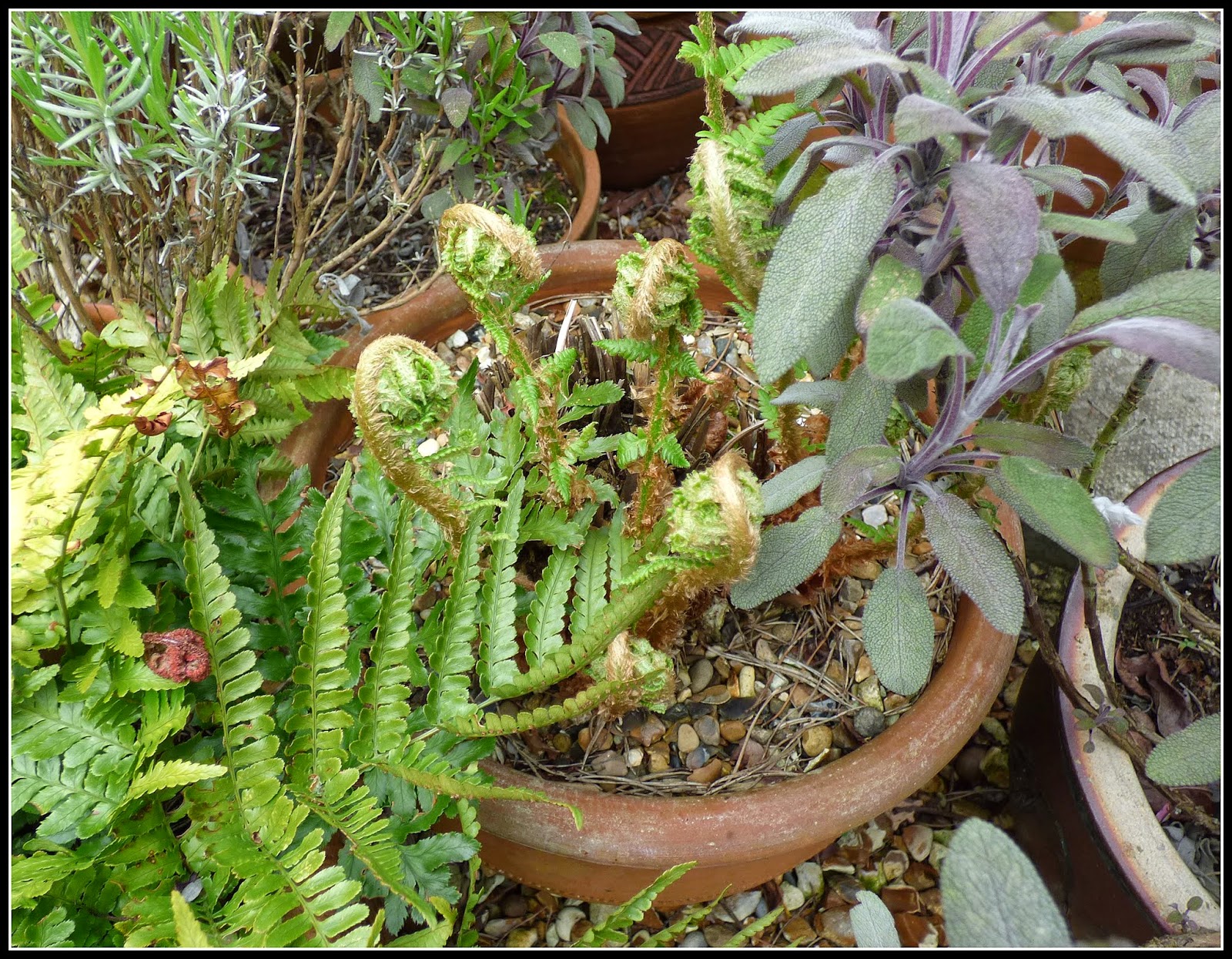 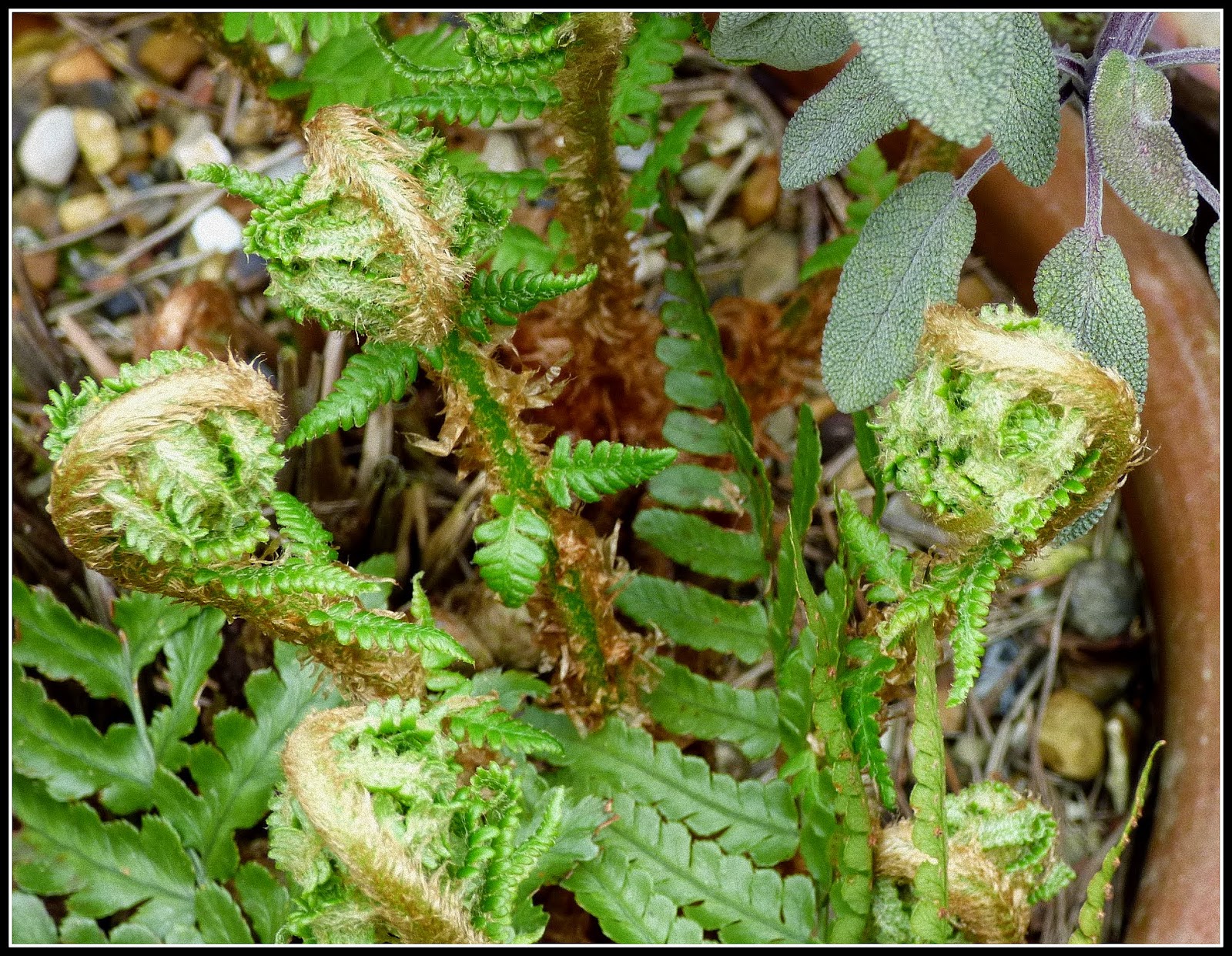 The other one is a plant I bought in March 2011. It is called "Dryopteris Erythrosora". Its dramatic russet-red new fronds are beginning to poke up through the old foliage: 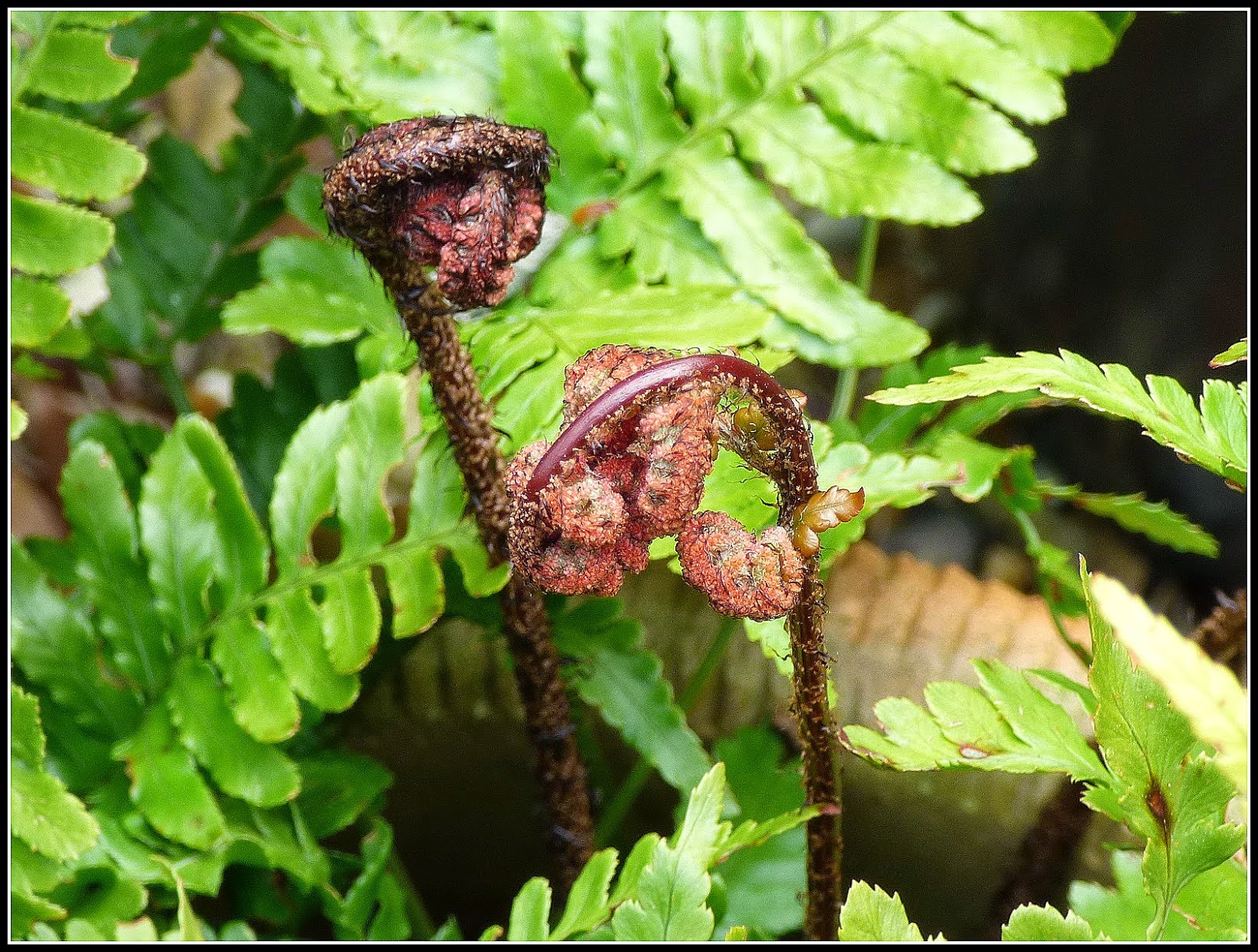 Normally the foliage of this fern dies right back in the Winter, but this past Winter it didn't, presumably because the weather was so mild. Some of the fronds are a bit tatty, but the overall look of the plant is not too bad. 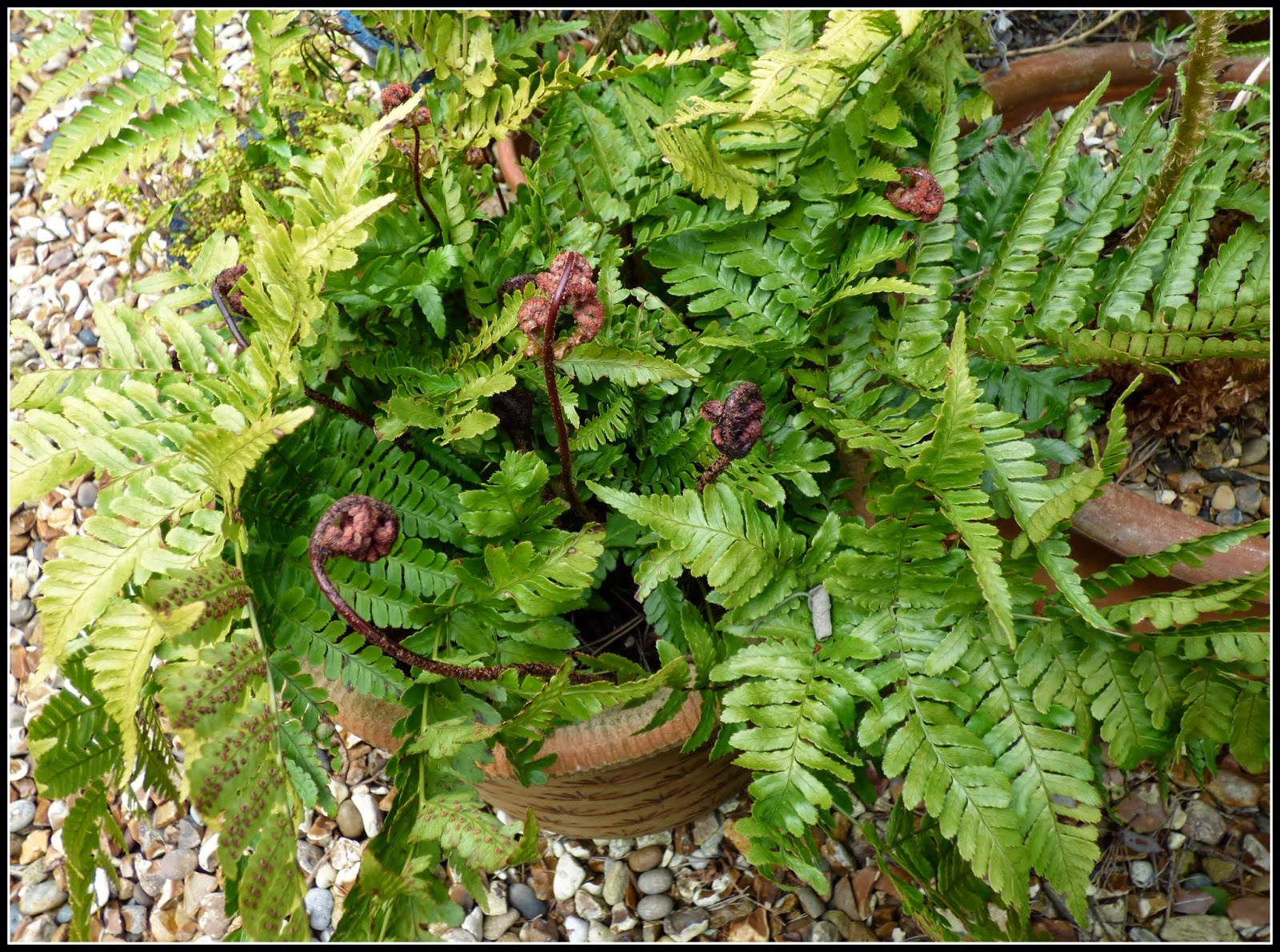 I have got quite keen on ferns. They are very tolerant and undemanding, and provide interest in the garden over a long period of time. There are ferns for every type of site - ones which like moist, cool conditions; ones that like dry shade, and ones that thrive in full sun. I may decide to get some more of them...
Posted by Mark Willis at 12:00