This is an update on progress in my veggie-garden...

My Broad Beans survived the strong winds last weekend with only minor damage. The top of one of the plants was snapped off, and all the plants are now leaning over at an acute angle: 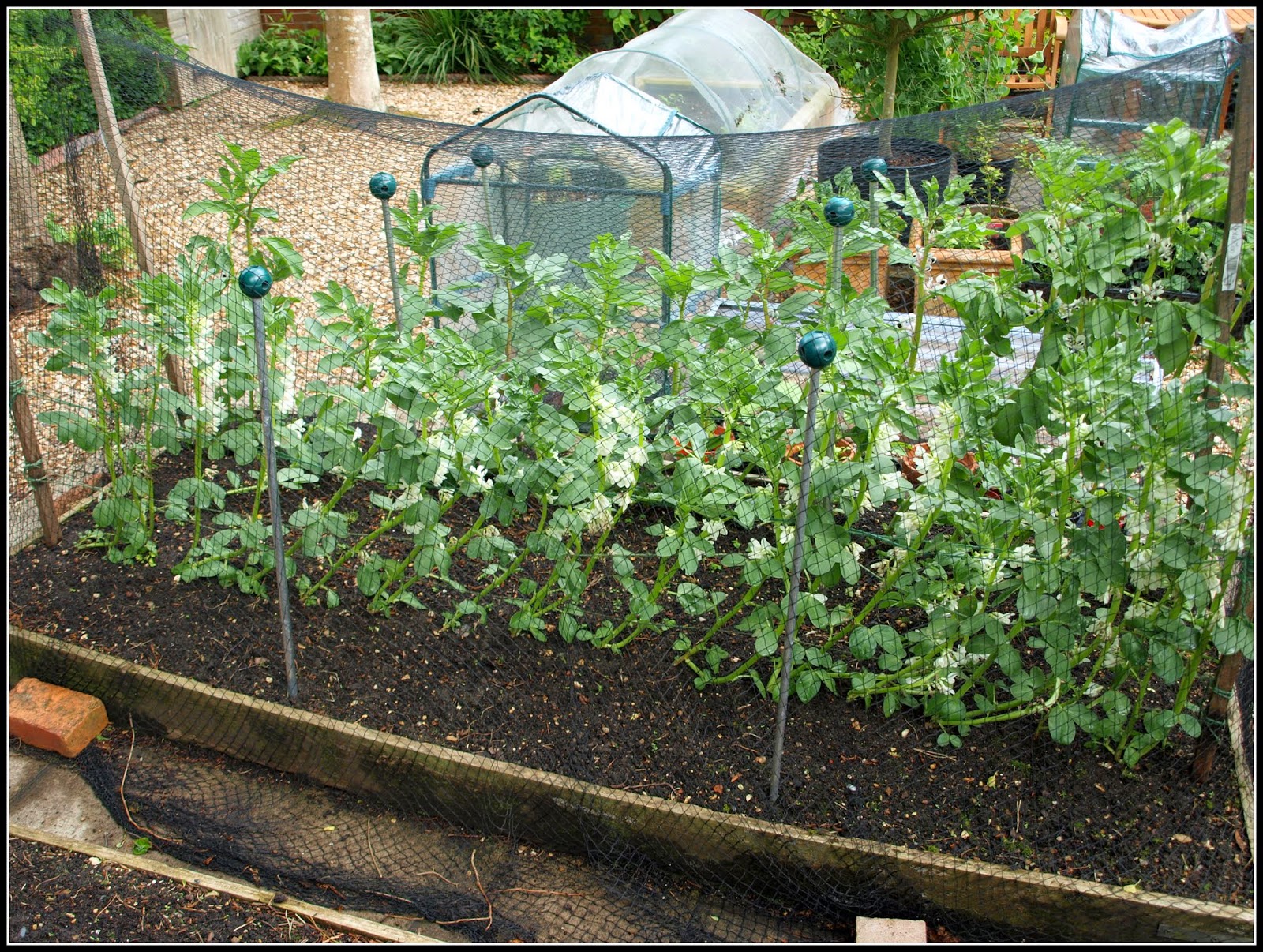 The mixed row of "Witkiem Manita" and "Aquadulce" is just coming into flower now. 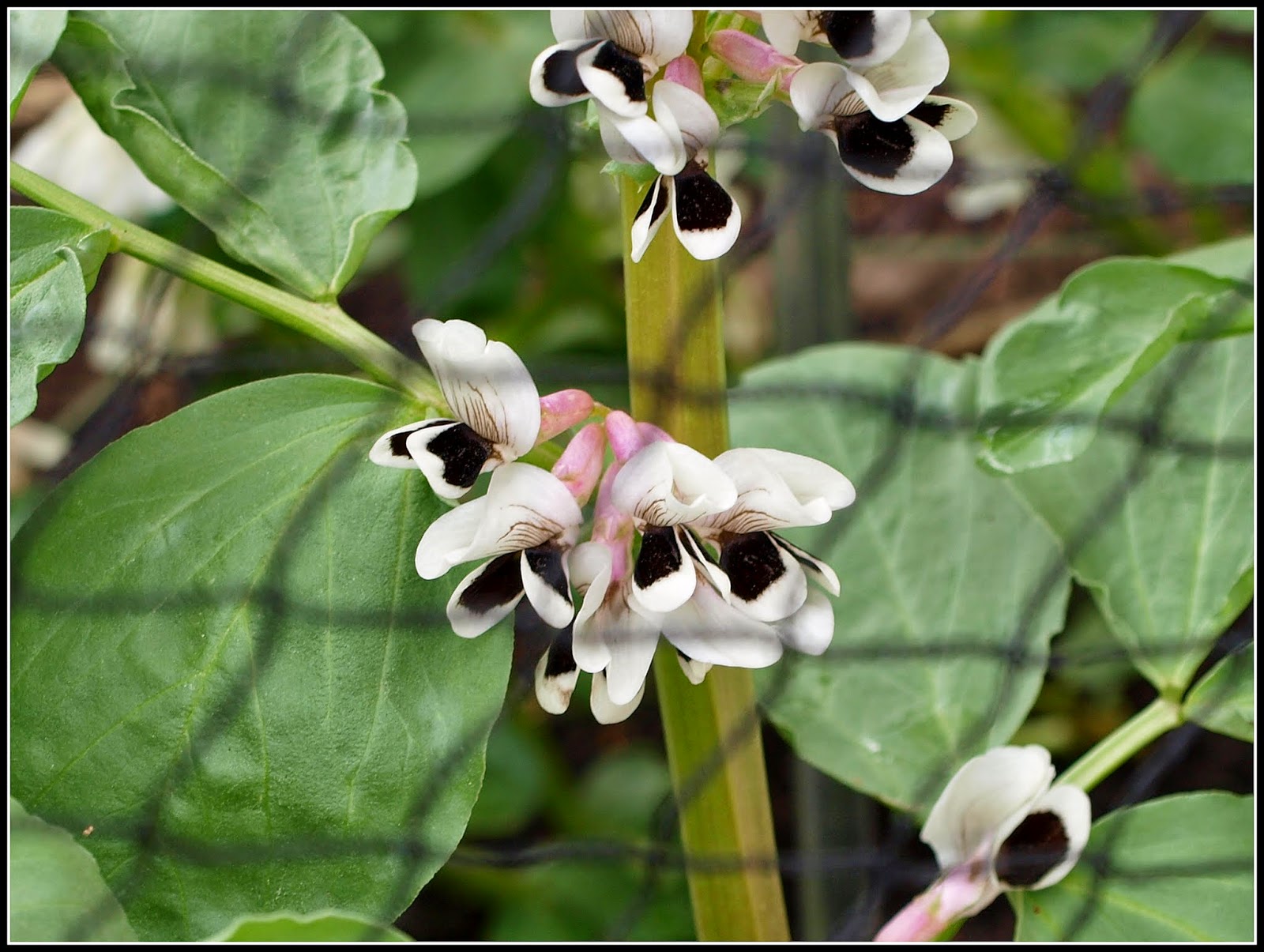 The other row is of "Stereo", a variety new to me. It is a short variety, which has masses of plain white flowers (so hopefully also masses of pods). 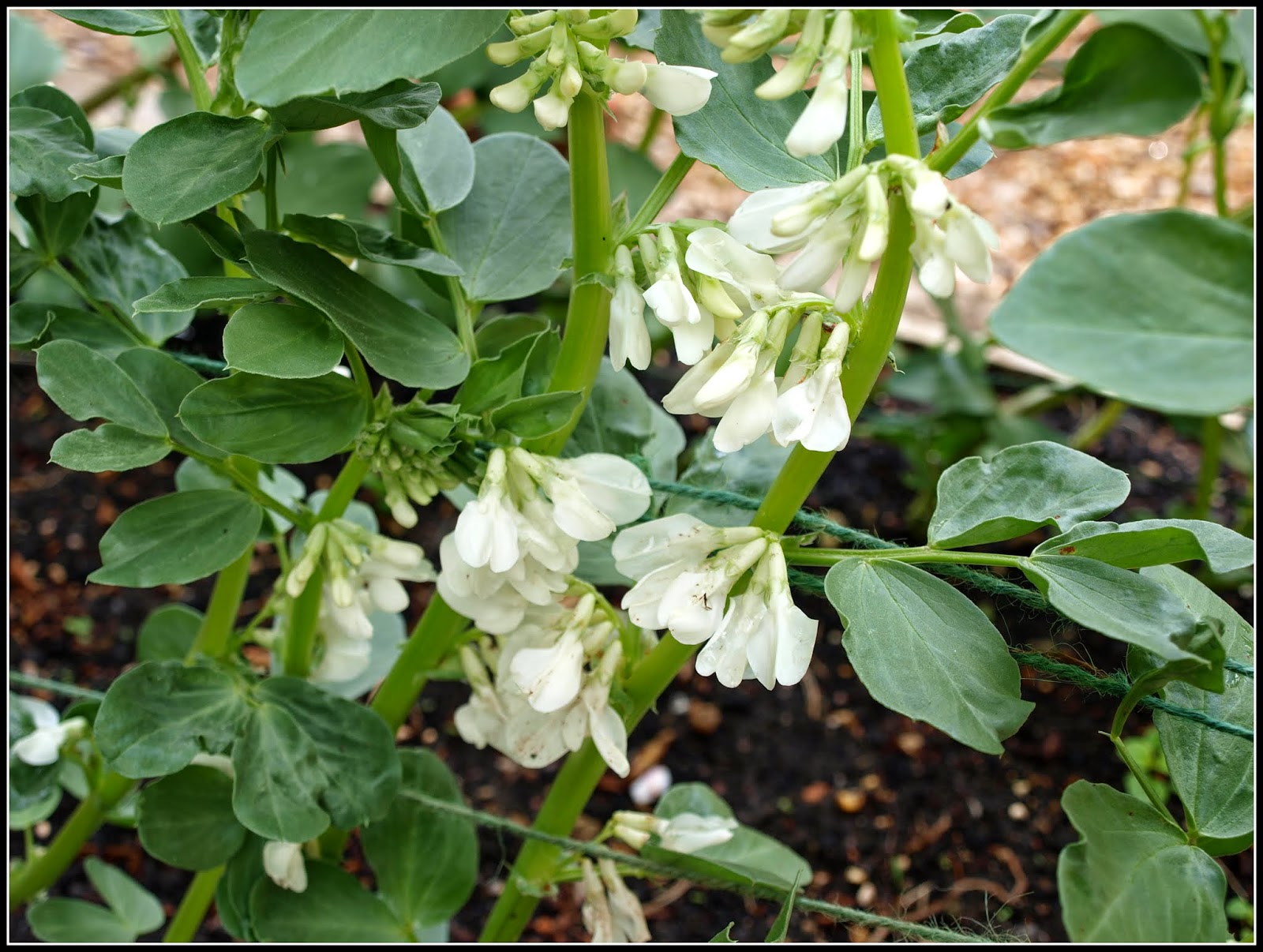 The flowers are beginning to die off, so maybe the pods will start forming now... 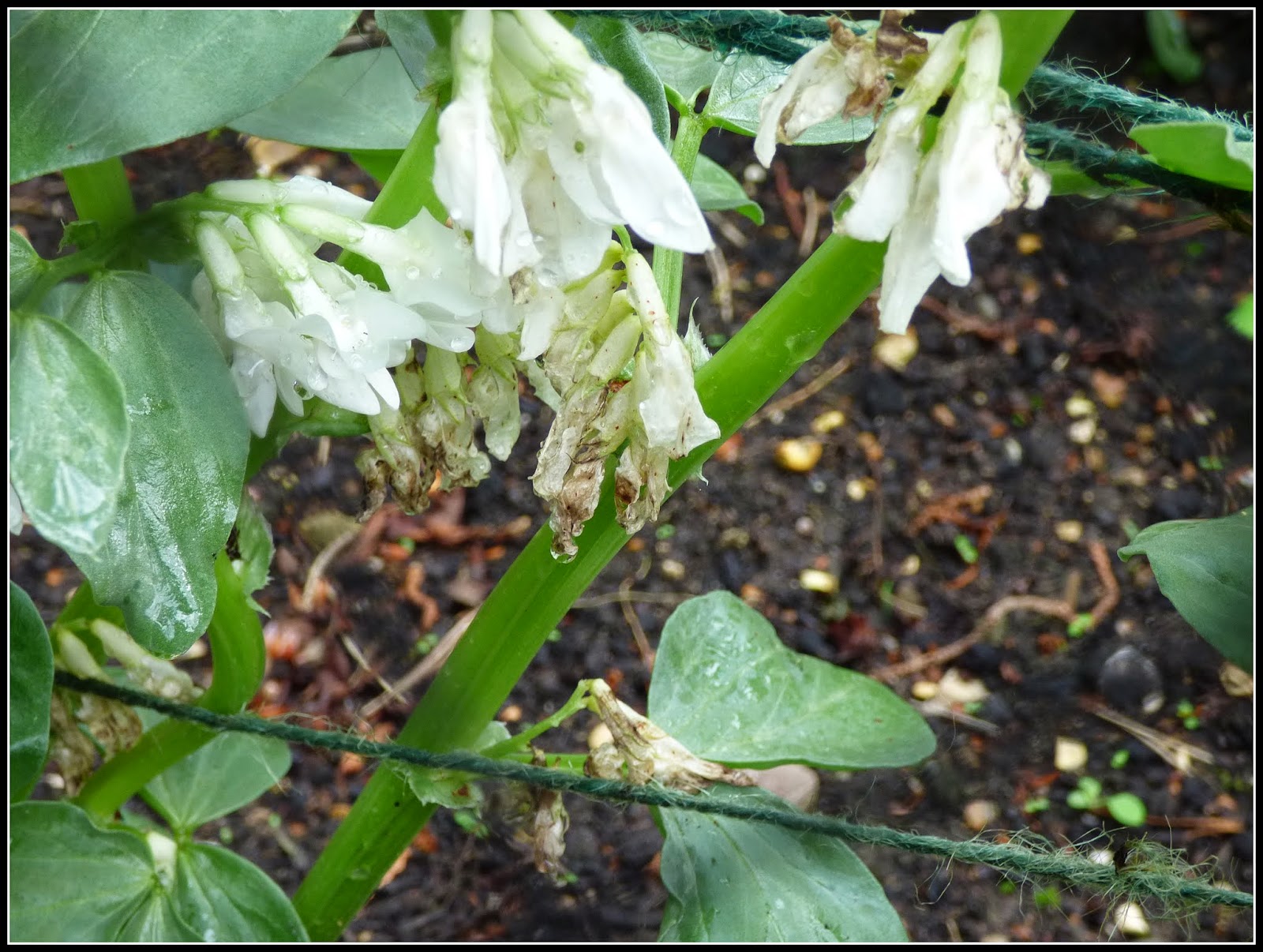 The First Early potatoes have grown huge. The appearance of flowers is normally an indication that tubers are starting to form, but there is no sign of any yet. 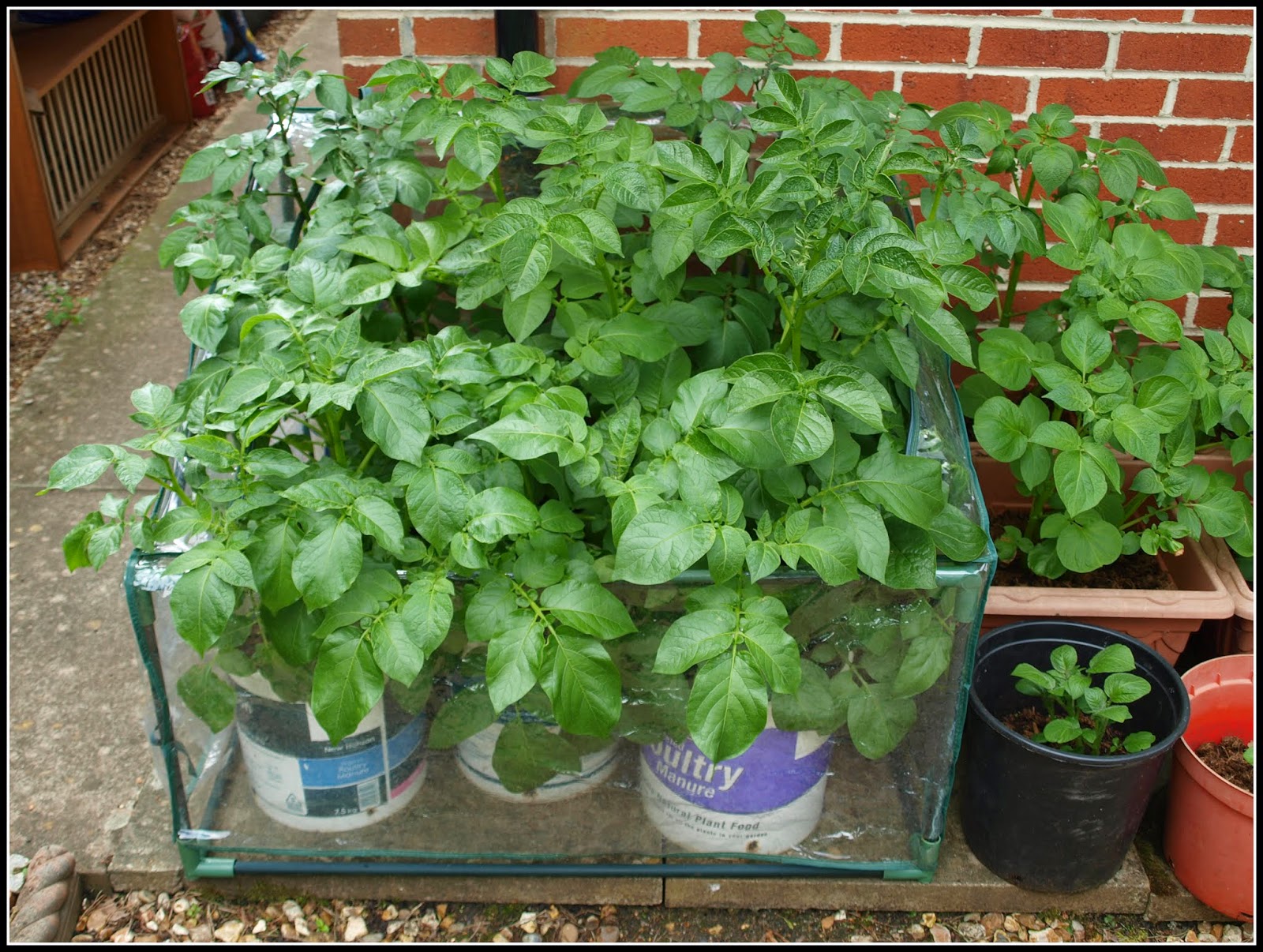 This next photo is of "Nicola", one of my Maincrop varieties. Still quite small, but looking very healthy. 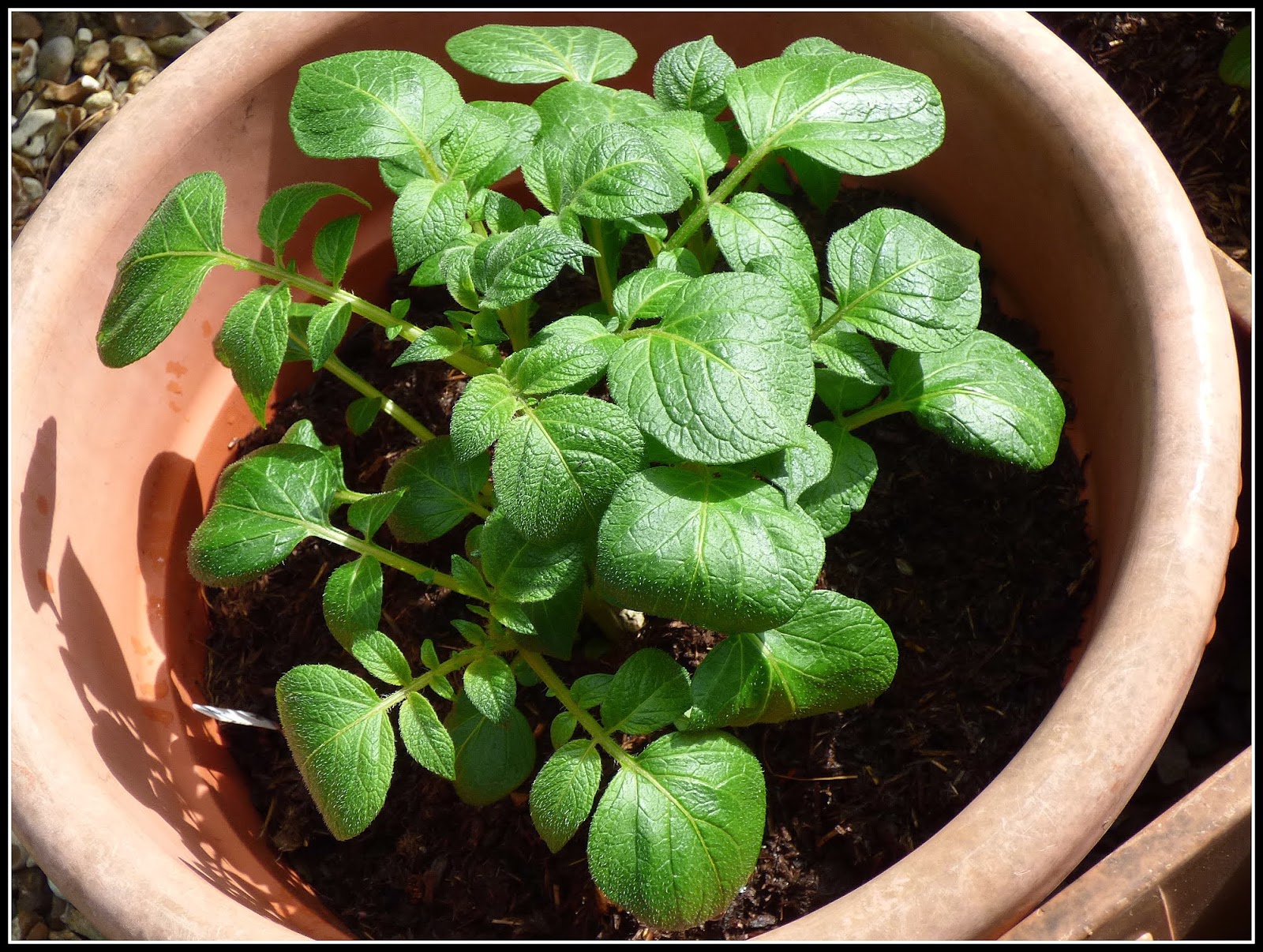 "Pink Fir Apple", my other Maincrop one, has only just broken the surface of the compost. This will be the latest variety to mature, probably in late August. 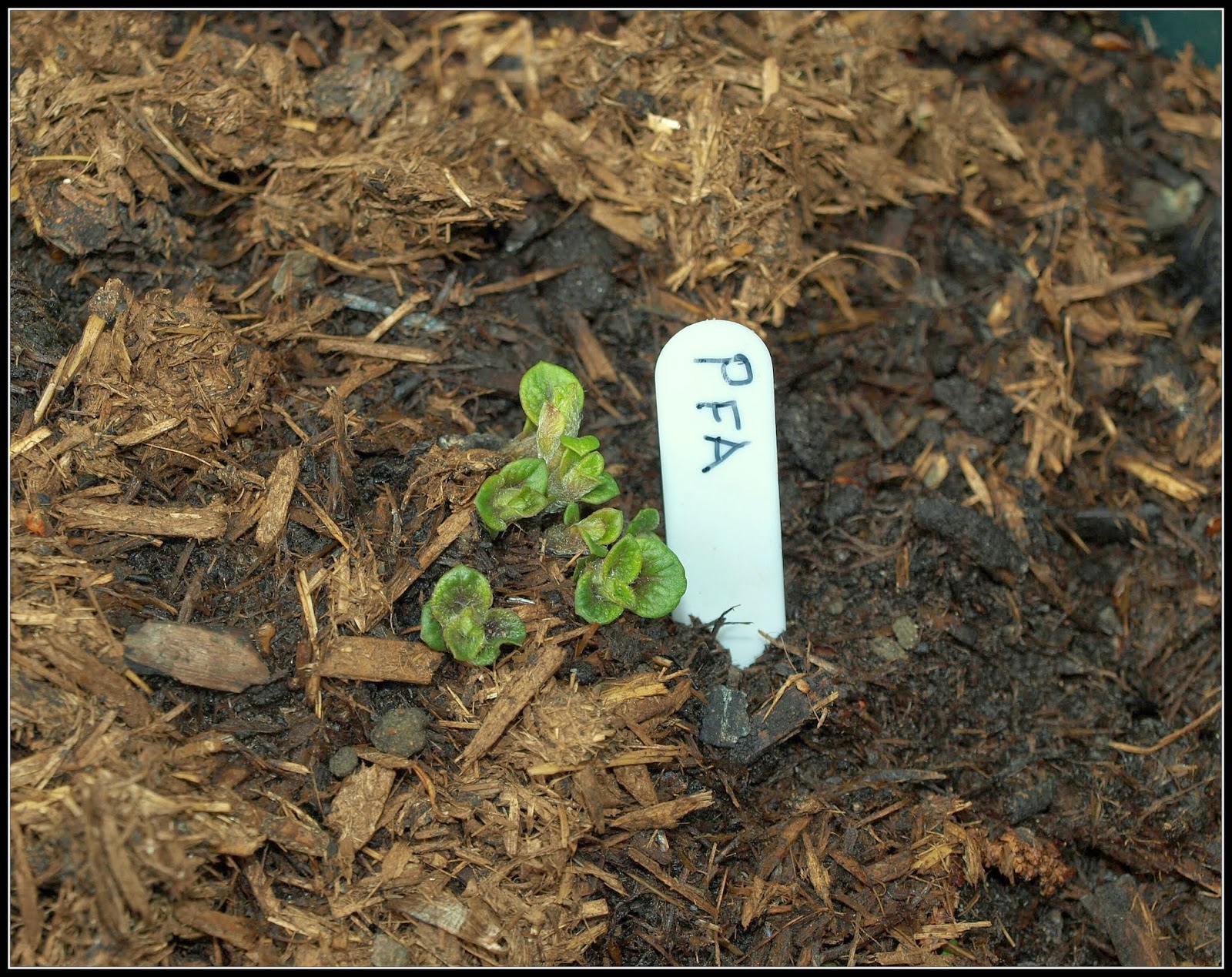 ﻿
The Lettuces from the Czech Republic are very fine specimens - so good-looking that I may be relucant to harvest them!

The Carrots and Parsnips are growing OK in the big Woodblocx raised bed. You may remember that I had to re-sow the Carrots and one variety of Parsnip. The second sowing is looking much more enthusiastic. I think the poor germination first time must have been due to the weather conditions - probably too dry. 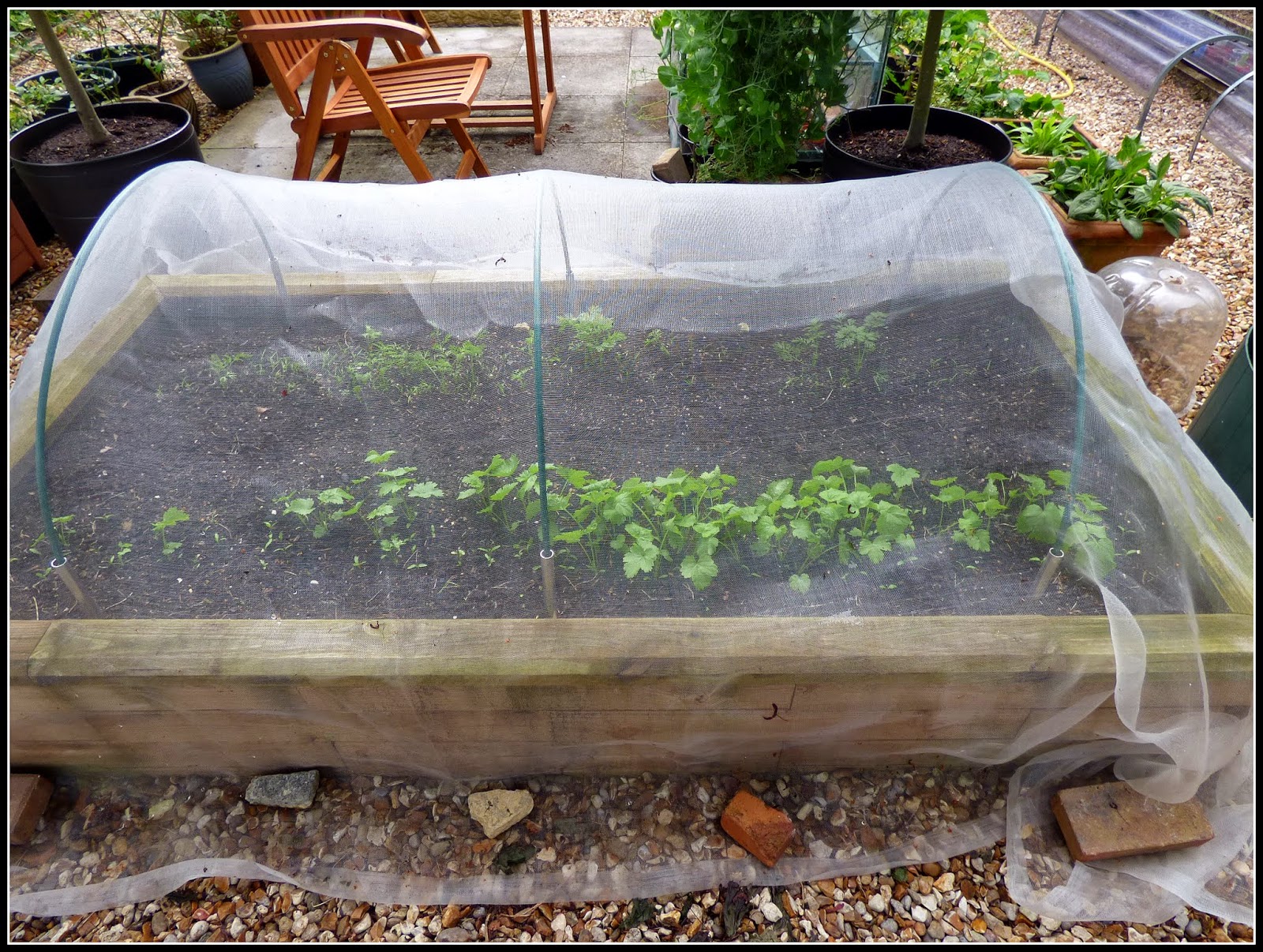 The miniature Carrots in the big wooden planter outside the kitchen window are steaming ahead. This area gets afternoon and evening sun, which they really enjoy. I'm wondering now whether I made the hoops for the Carrot Root Fly protection tall enough. 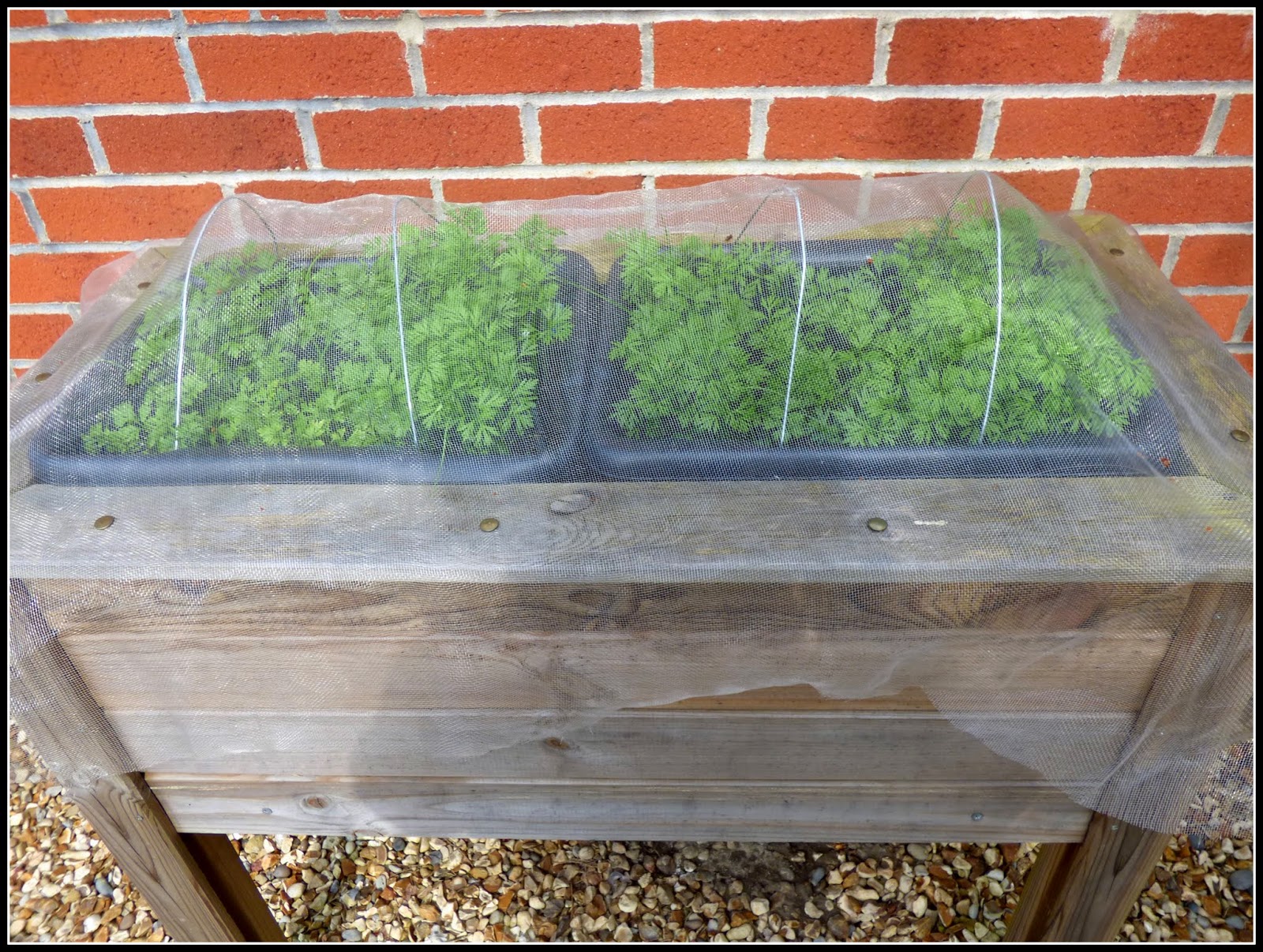 The Leeks are gradually putting on weight. I have read that it is best to transplant them when they reach the diameter of a pencil, so they have a way to go yet. 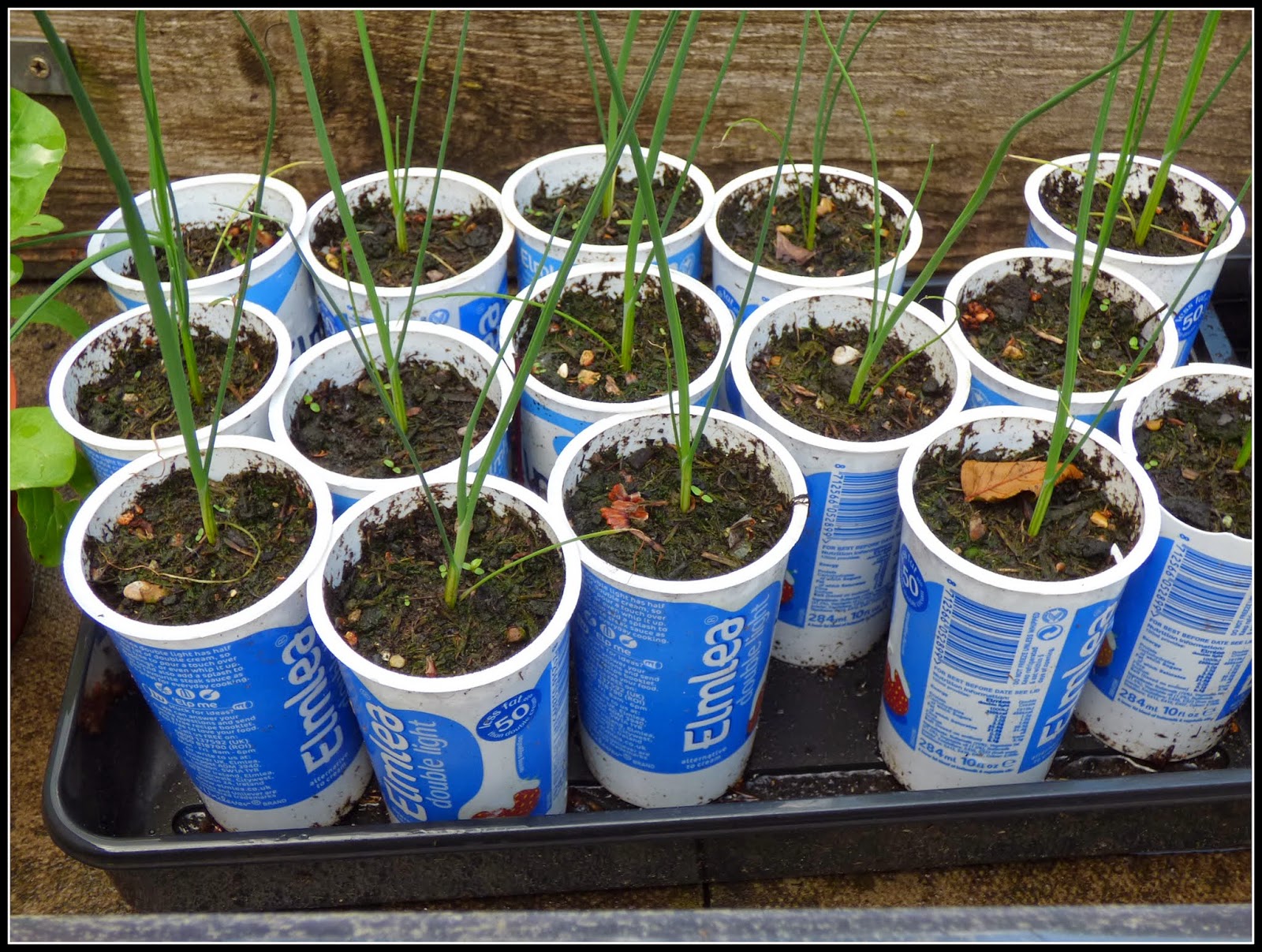 Having experienced problems with some of the compost I have used this year, I have been feeding these plants with general-purpose plant food to ensure that they don't run out of nutrients in those little pots. 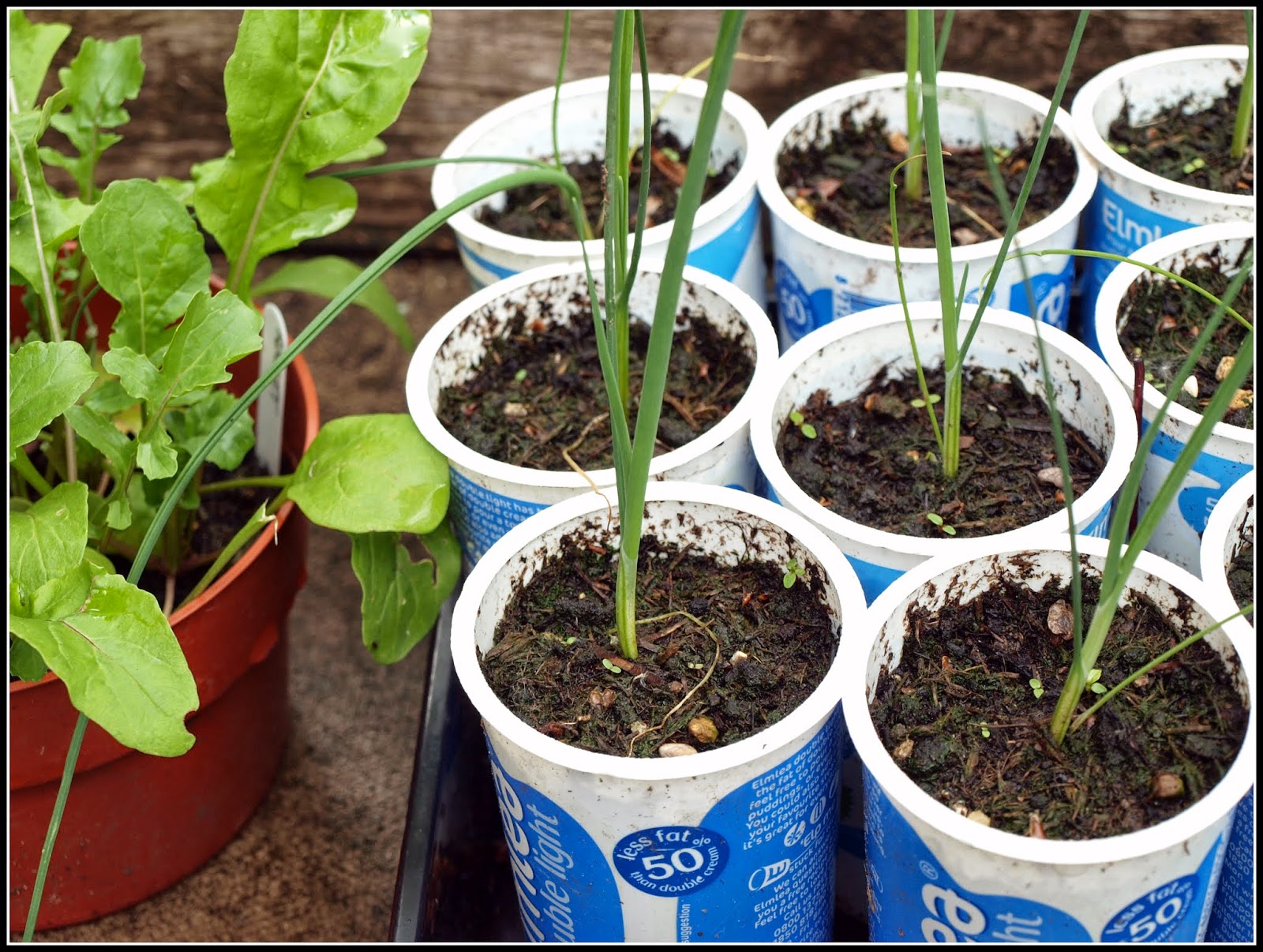 ﻿
The Brussels Sprouts are (though I say it myself) perfect specimens. 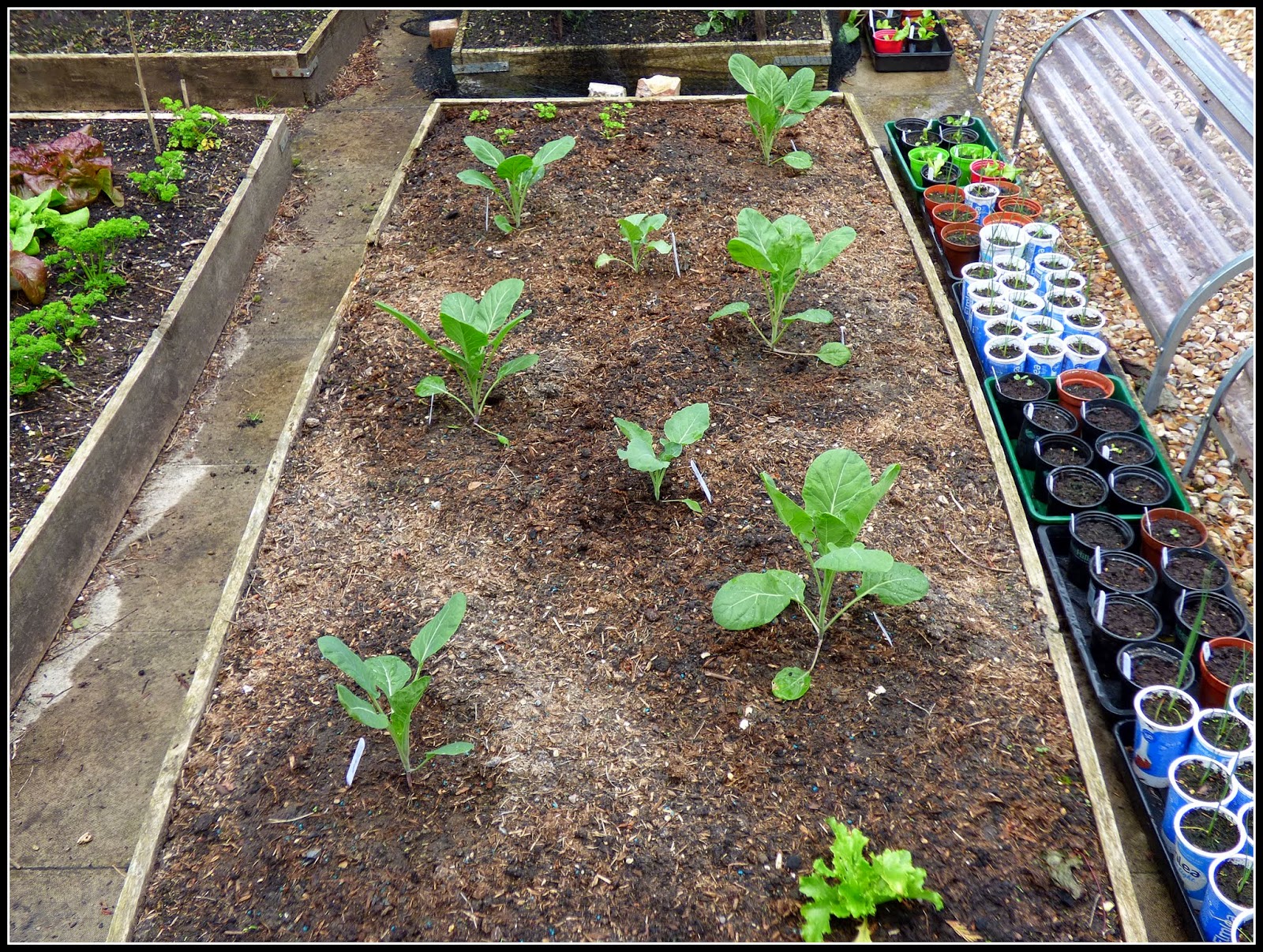 The nematodes I applied have so far kept the Cabbage Root fly in check. No casualties up till now (fingers crossed). 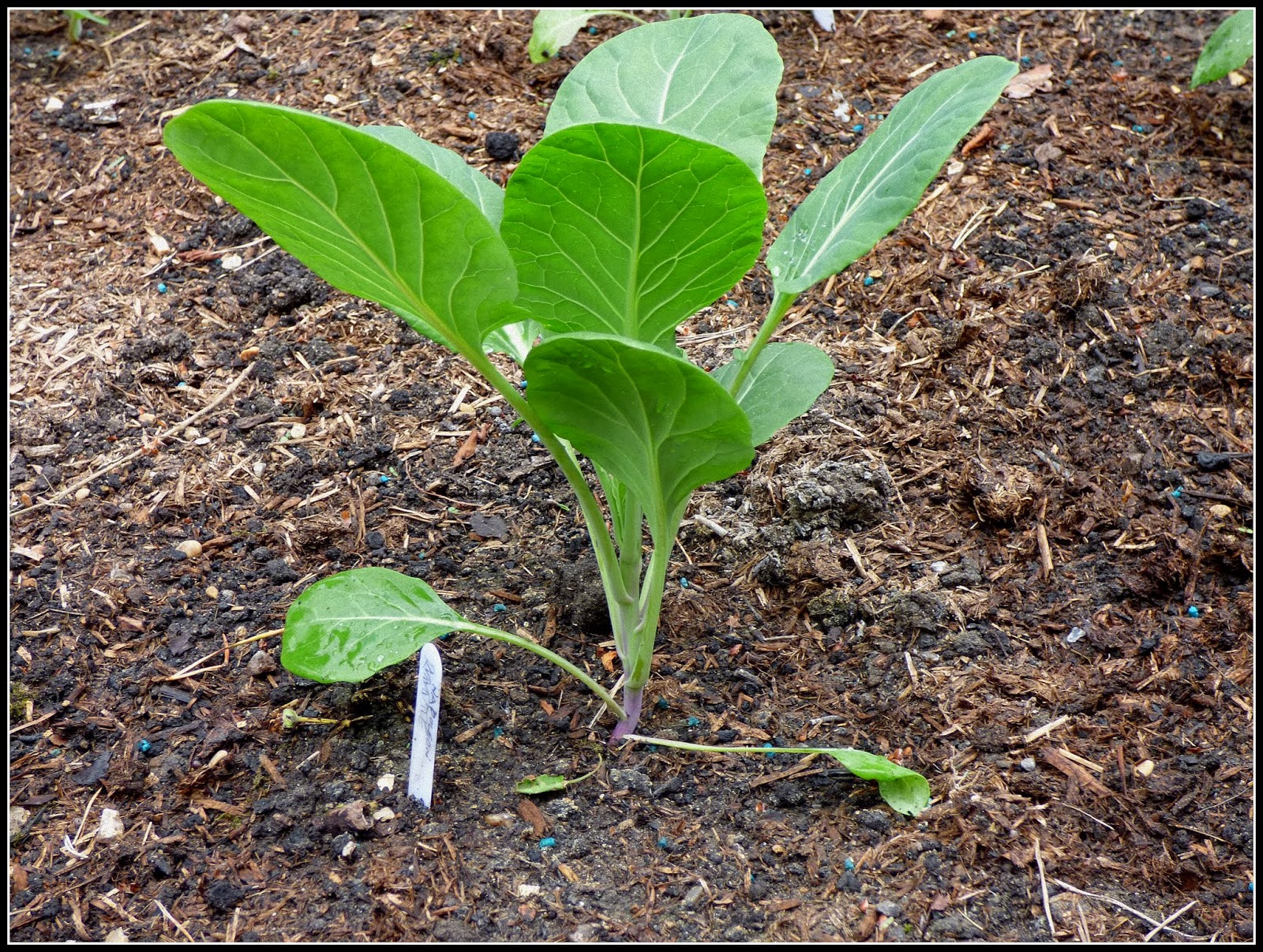 But... I notice that the first Butterfly eggs have begun to appear, so although the plants are still small, I shall be thinking about netting them soon. 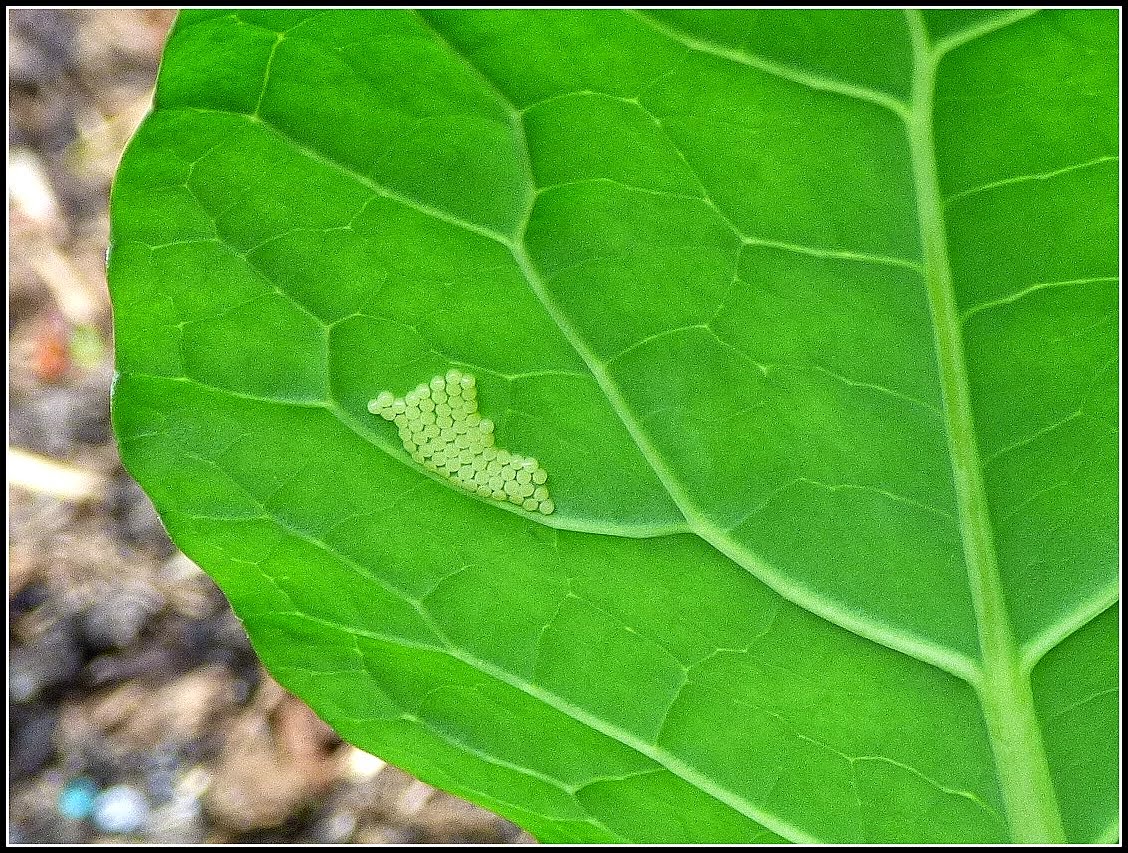 The only thing that I am seriously worried about is the Cucumbers ("Iznik F1"). Most of the lower leaves went very pale - almost translucent - and then shivelled up. I'm not sure why. It happened when they were indoors before planting out, so it is probably not weather-related. Could it be the poor compost again? 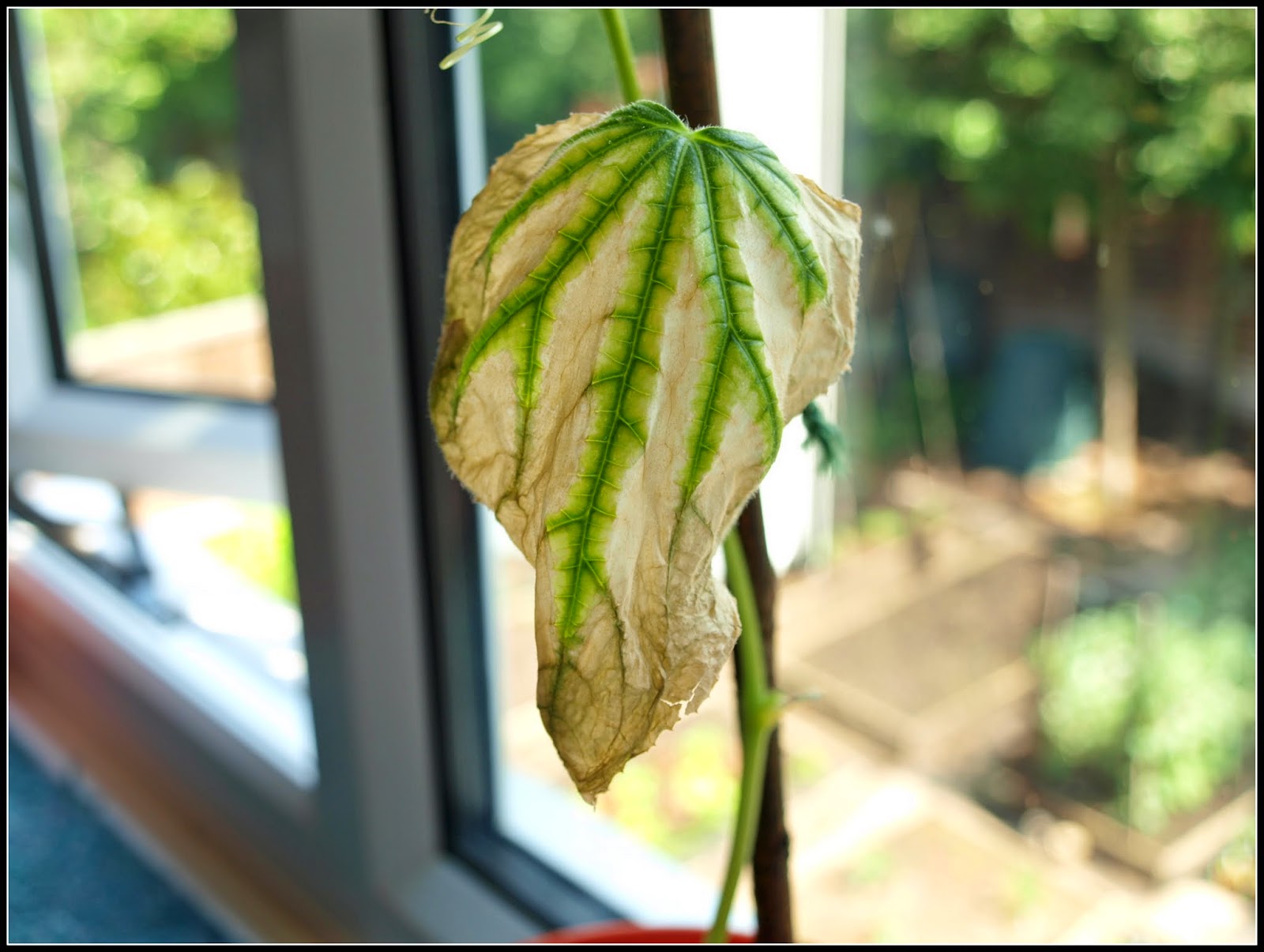 Now that the plants are ﻿outside in big pots of decent compost they look better and they will probably survive, though I am not expecting great things of them. 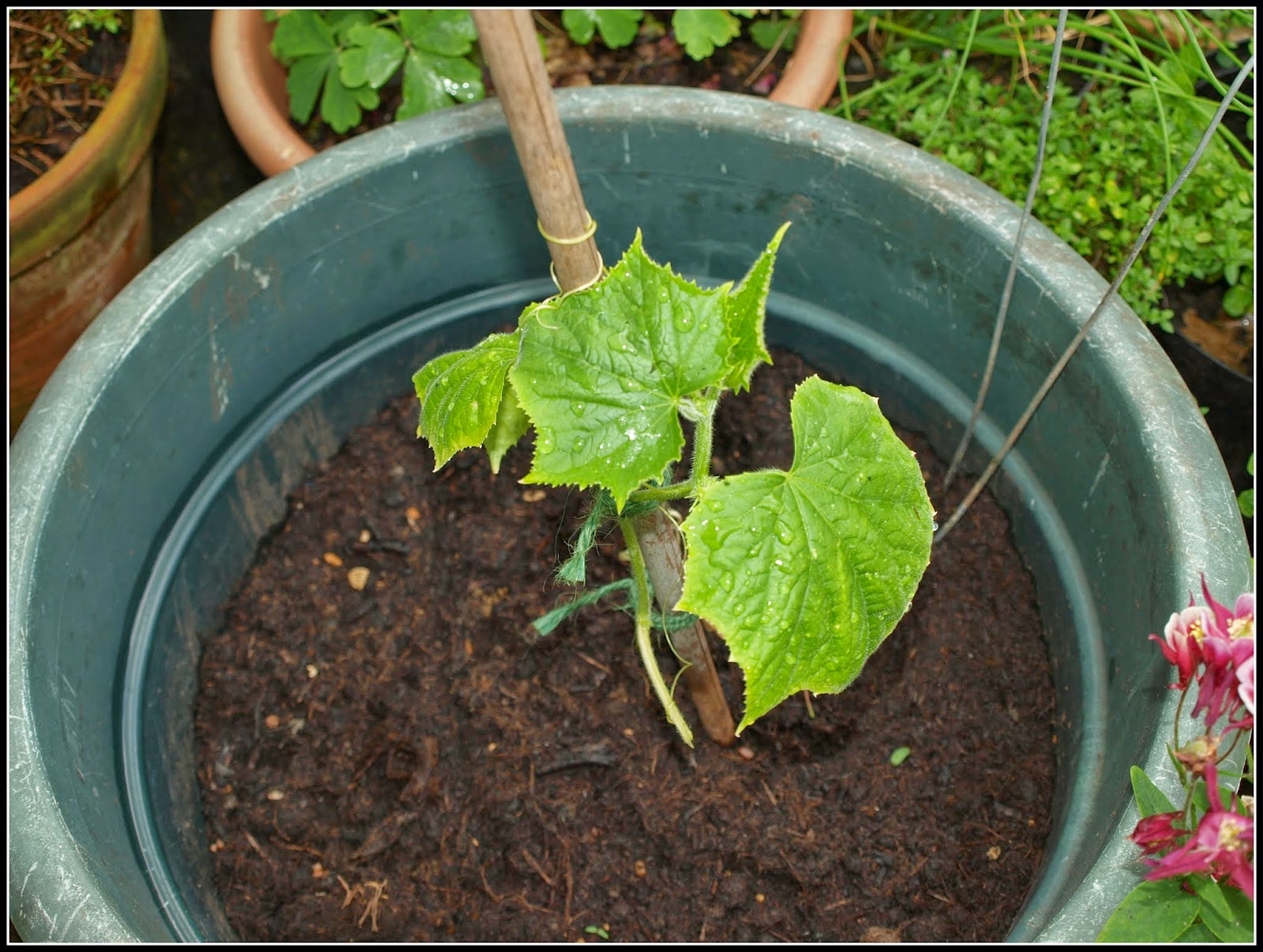 The Runner Beans and climbing French Beans have settled in and are beginning to grow now, despite having one or two leaves browned at the edges by last weekend's wind. You can tell when a Runner Bean is happy -  it puts its "arms" up, like this:- 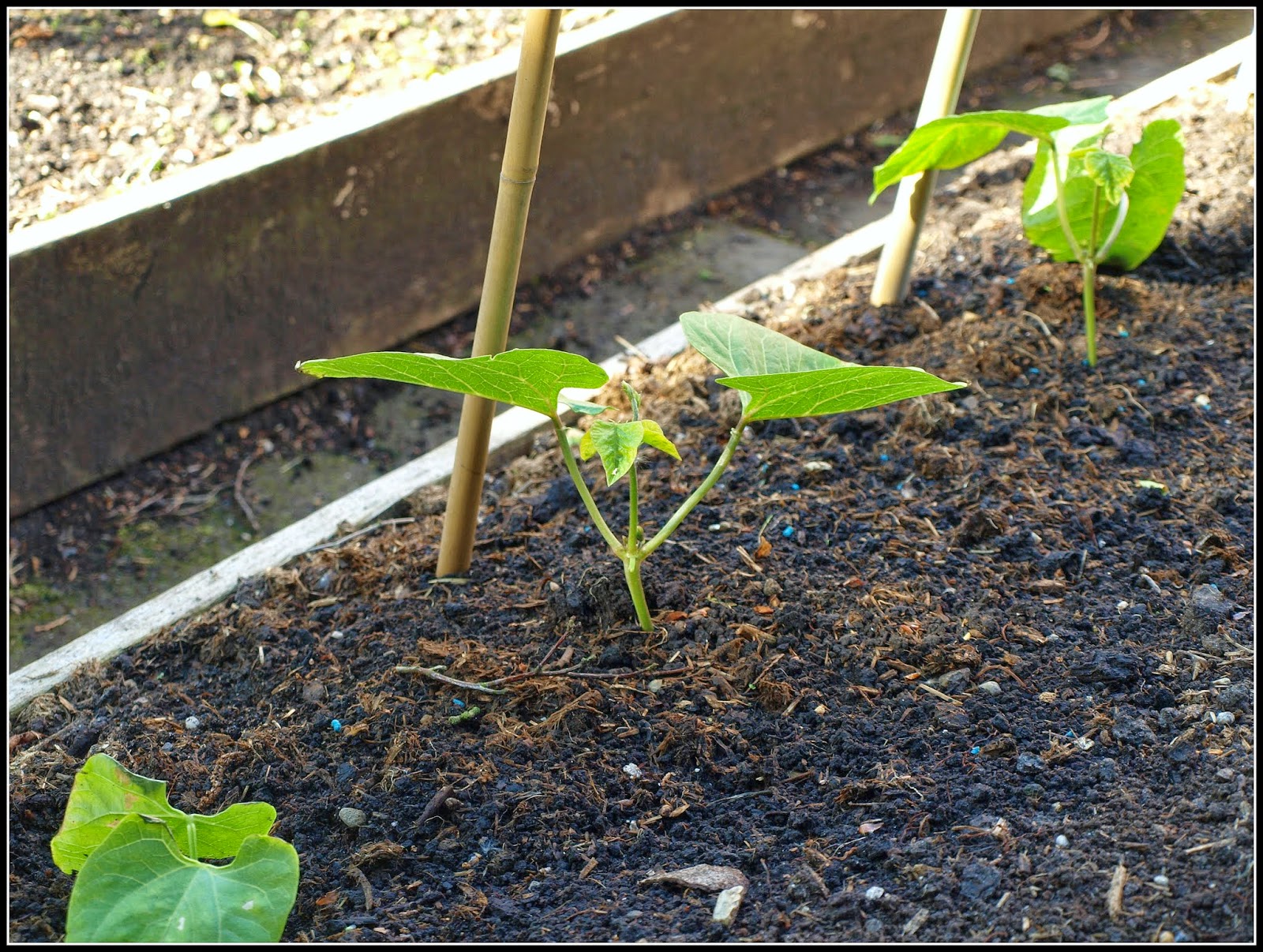 When it is stressed - too hot, too cold, thirsty, etc - its "arms" go down, giving it a sort of hunched-up look, just like a human being wrapping its arms around itself!

﻿So, all things considered, the veg garden is looking promising. Certainly full of potential!
Posted by Mark Willis at 12:00