Salads in the offing

The first of my new season lettuces are approaching the point at which I will feel justified in cutting some: 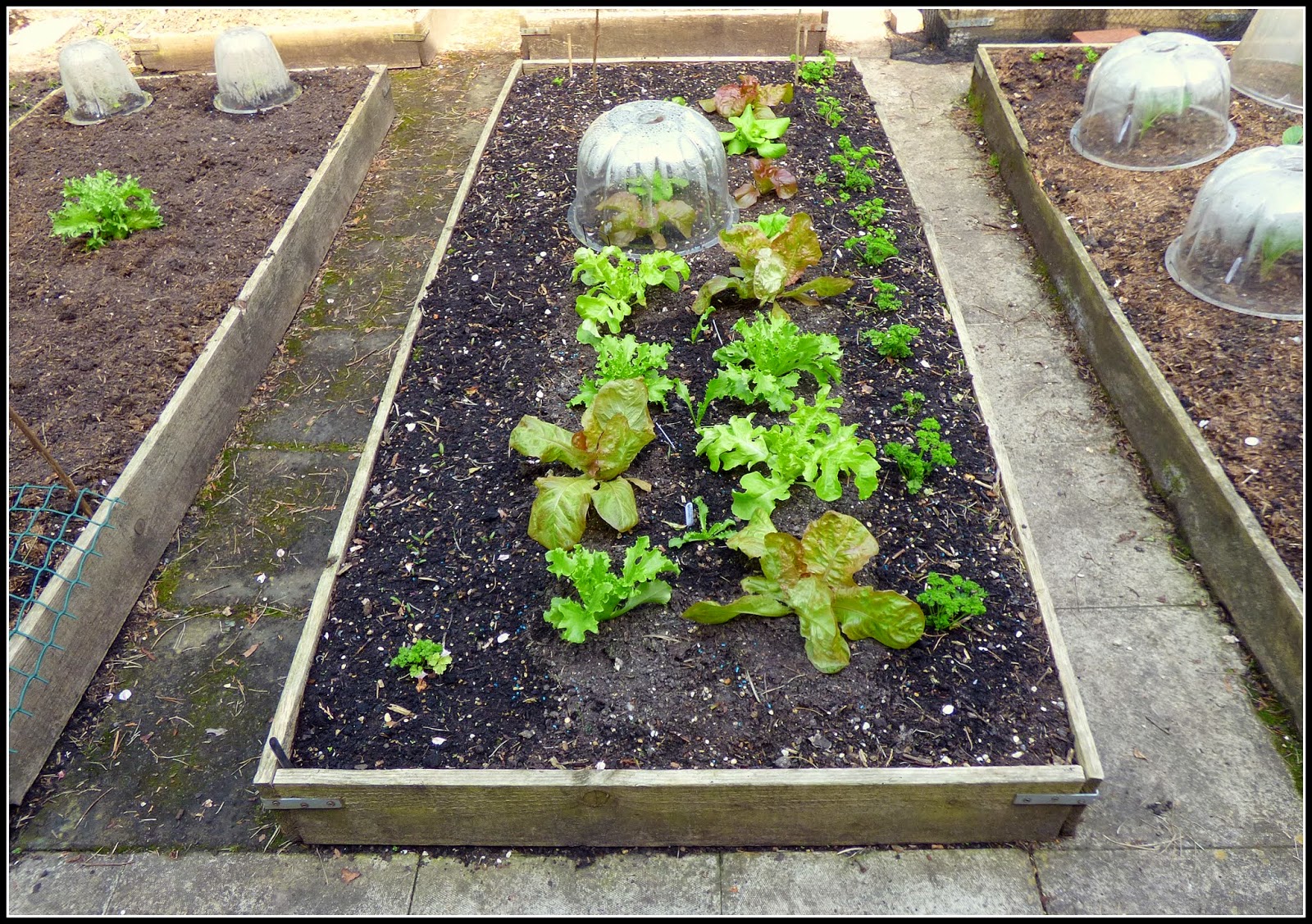 If I leave it until they are fully mature the last ones will be past it before we can eat them all, so I usually harvest the first one or two at a slightly immature stage.﻿

﻿
I think this "Marvel of Four Seasons" is looking a bit soft at present, possibly because I had all the lettuces under cloches until recently. Now that the cloches have come off I suspect they will firm-up rapidly.

The "Can-Can" variety is the one that appeals to me most out of the trio. I think the frizzy-edged leaves are particularly attractive. They will look good in a mixed salad.

A couple of weeks after sowing the ones described above, I sowed some of the seeds sent to me by a blogging friend who lives in the Czech Republic. In my next photo you can see one each of "Devin" (the green one) and "Cervanek". Both of these types look very strong, and they are already nearly as big as the ones sowed two weeks earlier.


Along one edge of the salads bed I have a row of Parsley plants that are nearly big enough to start cropping. 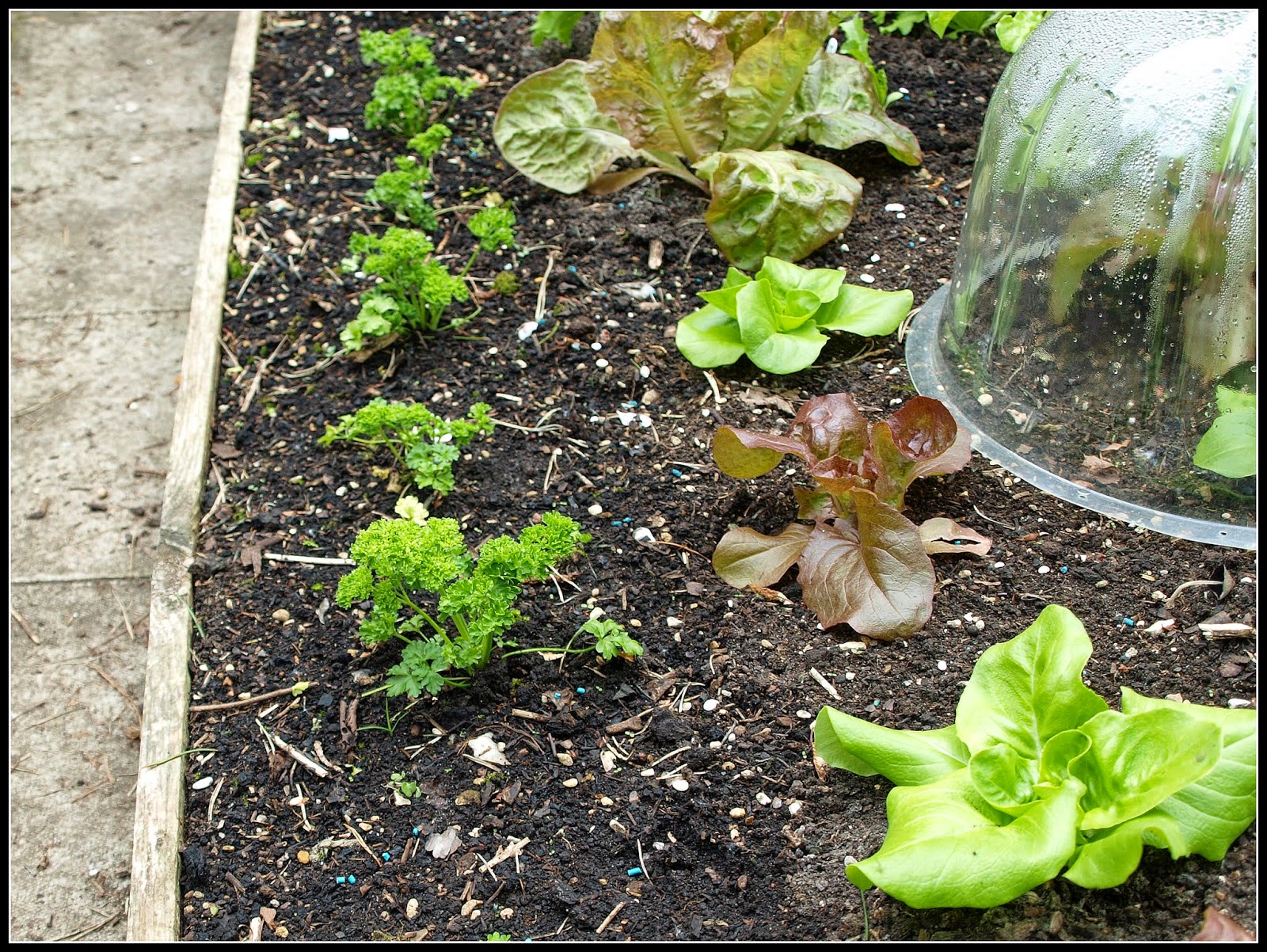 This is good timing, because at the weekend I picked the last of my over-Wintered Parsley and dug up the plants, which were running to seed. The useable leaves are now stored in a plastic bag in the fridge, where they will keep OK for about two weeks. In order to keep my supply of Parsley going I have just planted out some more tiny seedlings, in a few odd corners of the bed in which the Brussels Sprouts were recently planted: 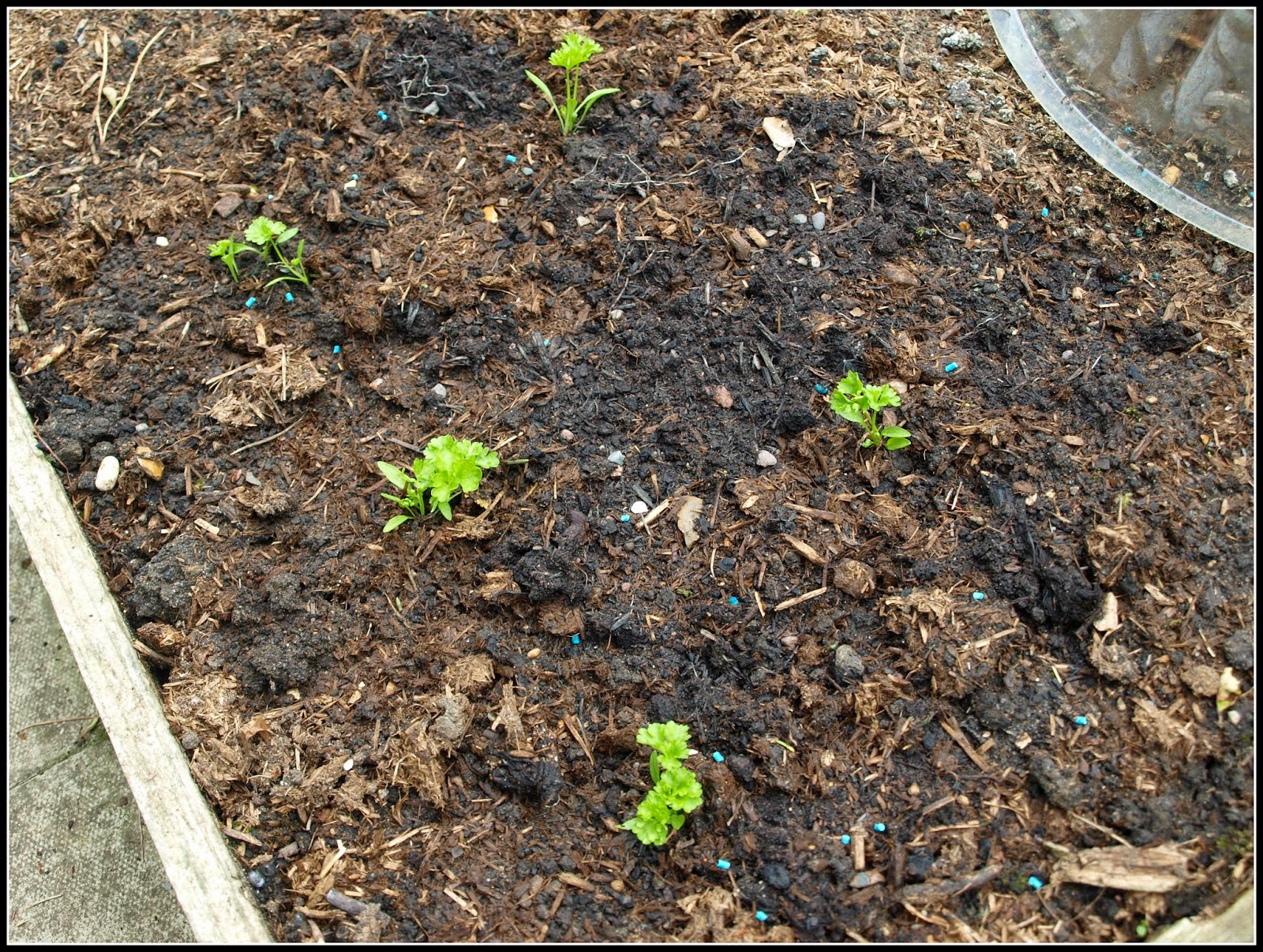 I also have some that have only recently germinated. That's Successional Sowing for you!
﻿ 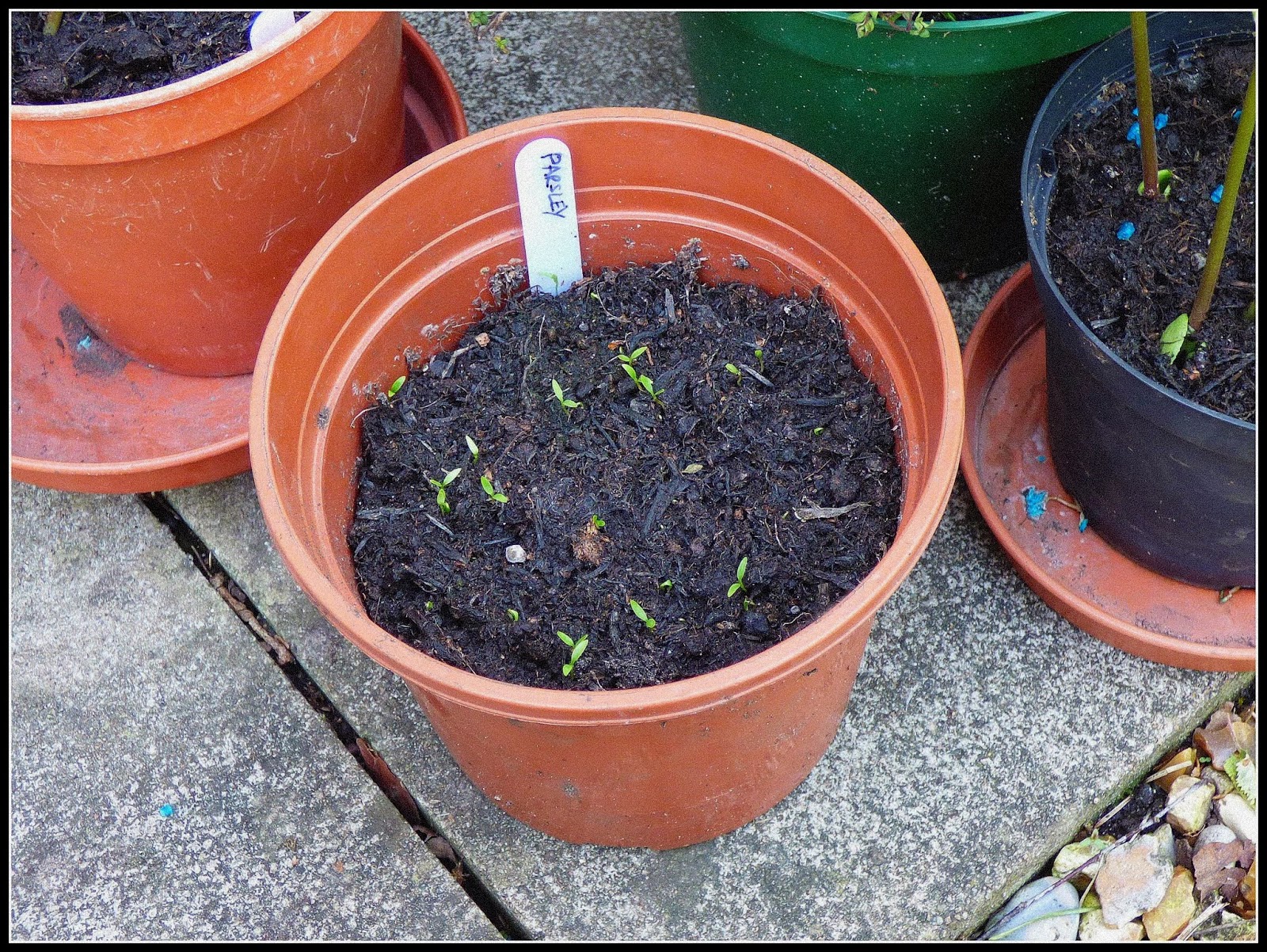 The Radishes have mostly finished now, although I have one more lot to come:- 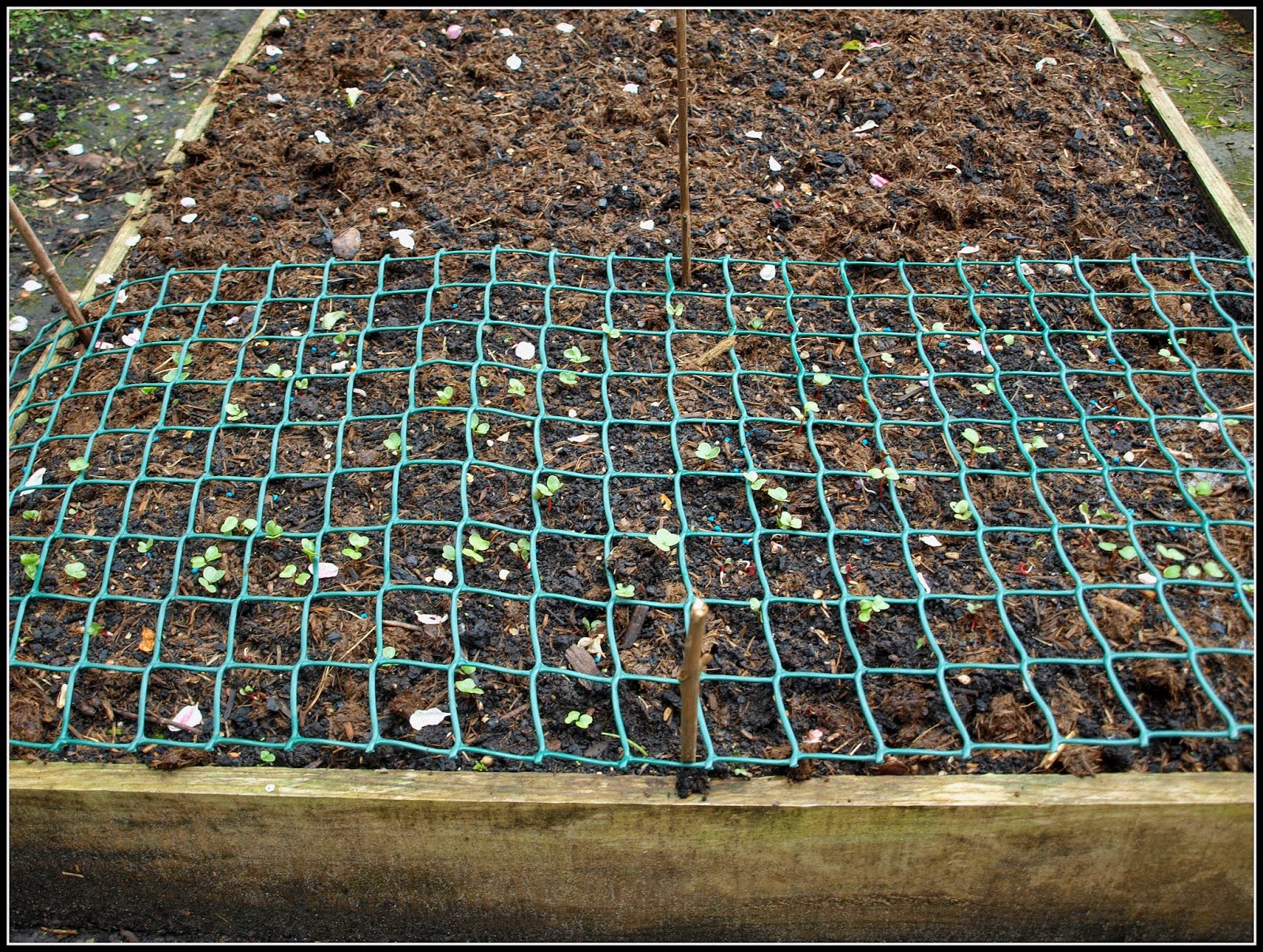 ﻿
The Cucumbers have only just been planted out; the Beetroot are only an inch tall, and the Tomatoes won't produce a crop for about three months, but I'm already looking forward to my first home-grown salads!
Posted by Mark Willis at 12:00