Lots of bloggers in the UK and elsewhere have been photographing snow scenes recently (particularly those who live near our beloved Heathrow airport, maybe??)

I have done a bit of this myself, and I conclude that it is not as easy as it seems at first sight. Getting your camera to focus on the right thing when everything is uniformly monochrome is a challenge. So is achieving the right light level. Have a look at these two photos which demonstrate this point.

The first one is "all wrong" in terms of light level (who has ever seen blue snow?) - though I believe it actually shows the subject matter quite nicely.

The second one is more technically correct, but the footprints stand out much less. 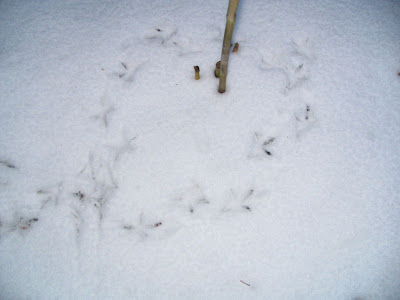 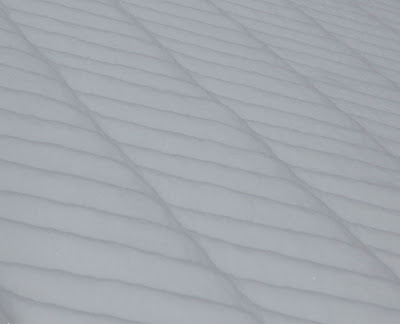 But you didn't see the contortions I had to go through (hanging out of the bedroom window) to get the shot, which I later cropped. 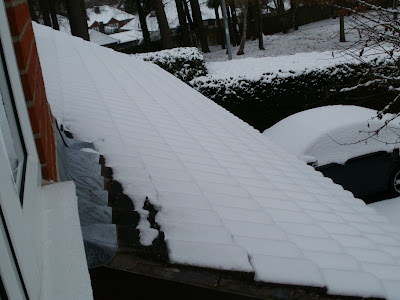 I also wanted an artistic shot of my long-suffering Tundra cabbages beginning to peek through the thawing snow, but my camera insisted on focussing on the netting that covers them. Nice close-up study of the net though, showing its weave... 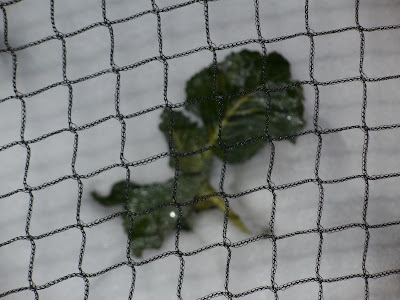 I've been trying to get a photo that shows off the beautiful colours of the Dogwood stems, and I thought a snowy background might be appropriate. I've taken a fair few photos, trying (without success) to get one I'm happy with, and now the snow is thawing so my opportunity is fast disappearing. This next photo is the best of the bunch though I'm not really proud of it. I am proud of the Dogwood though - there are stems in every conceivable shade of red, yellow and orange, but the red brick wall in the background makes them hard to appreciate. [BTW: I love that brick wall. It gives me privacy from the road that lies the other side of it!] 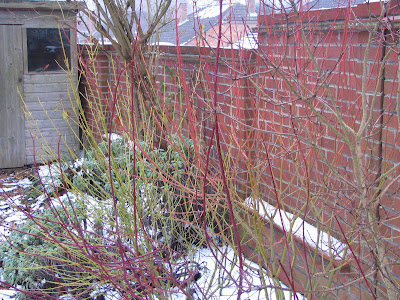 Here's evidence that the bulbs are keen to get started. These are dwarf Narcissi "Tete-a-Tete", coming up around the base of my Crab Apple tree. They don't seem to mind the really cold conditions. 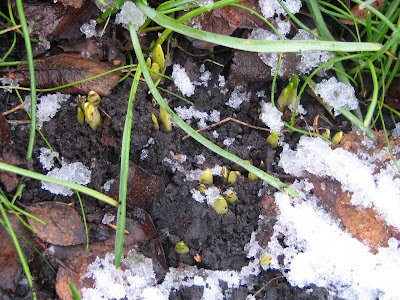 ﻿I also wanted to show you this next photo. If you have been following my blog you will already have seen a close-up from this sequence - with the cat's footprints highlighted in the gap. In this other photo you can see exactly what that gap is -- it is a "cat-door" that I cut in the bottom of our back gate some years ago when our cats were getting too old to be able to climb over it! 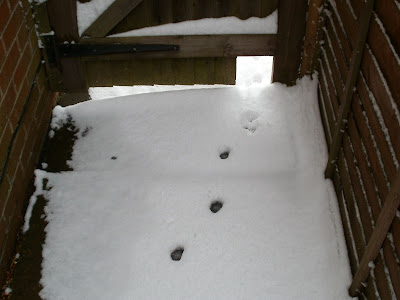 Here's a picture of one of the little dears - Charlie:
Posted by Mark Willis at 17:30