The covers are off (temporarily)

Today most of our snow has melted, so I took a quick look at how the crops underneath the fleece covers have been faring. Actually I was quite pleasantly surprised.

The Celeriac still looks fine, although some of the leaves are very bent with having been weighed-down by snow-laden fleece for several days, and the bulbs are still very small (I don't think they will get any bigger now). 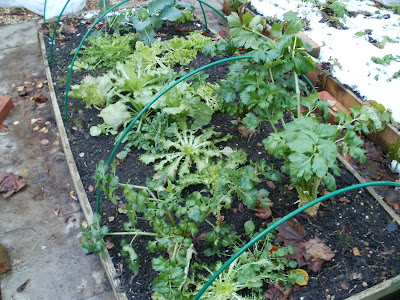 The "Tundra" cabbages are also doing all right, though a few leaves had been broken. Again, they are growing very slowly, which is hardly surprising. I'm not sure that they will ever get round to hearting-up. I may have to use then as "Spring Greens" 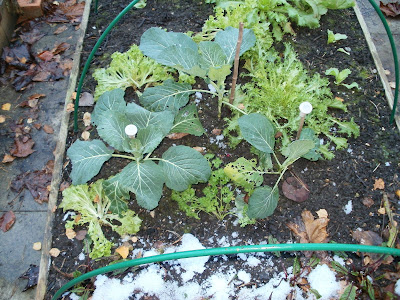 The various Endives seem to be unharmed. 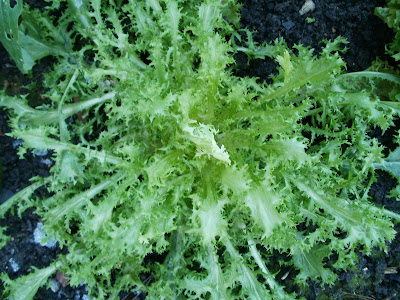 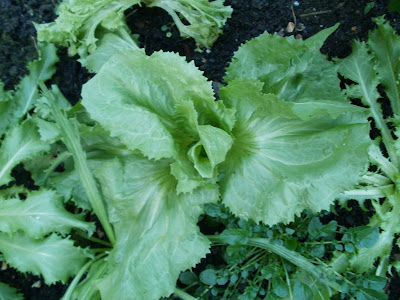 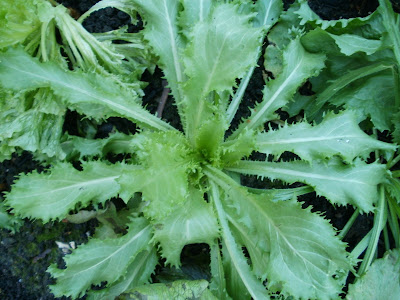 It's only the "Webbs Wonderful" lettuces that have been badly affected. Many of the outer leaves were brown and slimy. I decided to harvest immediately whatever was usable, which was only a few inner leaves from each one. I think there were 8 lettuces and this is all I managed to salvage: 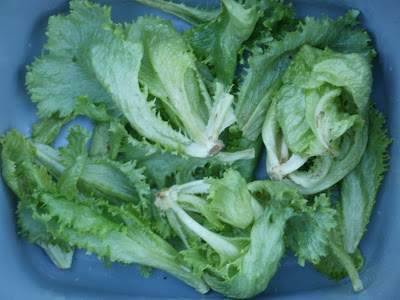 Not much of a crop, but still enough for a helping for two people I reckon.﻿
Fortunately the "Fristina" lettuces seem to be a bit hardier, and are still surviving all right. 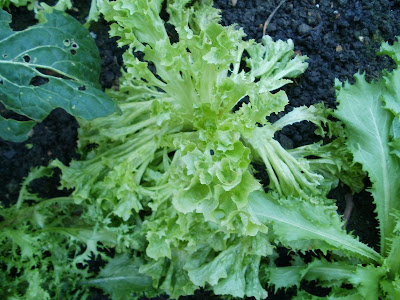 After the "inspection" I replaced the fleece covers, taking the opportunity to straighten-up the supporting hoops and to re-arrange the fleece to provide maximum protection. Some of the pieces of fleece are looking very ragged now, having been ravaged not only by wildlife, but also the weather!
While I was in the garden I took a couple of other photos, this time not of the edible plants...
﻿
﻿

They are forecasting very low temperatures in our area over the next few days, so we are not out of trouble just yet.
Posted by Mark Willis at 17:30