Making the most of the thaw

The temperatures in Fleet over the last two days have been a bit higher than of late -- above zero for a change -- so I have been out in the garden making the most of the opportunity.

I decided that I would dig up some more of my parsnips. This would have been really difficult earlier in the week, with the ground being frozen very hard. The raised bed in which the parsnips are growing has a distinctly tatty look to it. 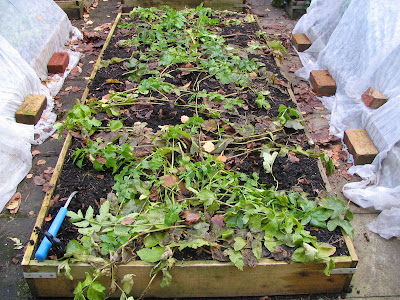 The foliage is mostly browned by the frost, and some of  the leaves are slimy. This doesn't affect the roots below ground though, and the ones I dug up were fine. 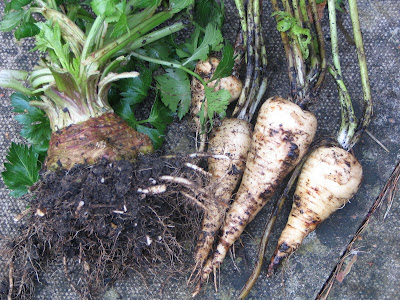 As you can see, I also harvested another Celeriac root. It's just like the first one I had some weeks back -- very small, though I'm expecting it to be intensely-flavoured. I think this one is probably destined to be made into more Celeriac Remoulade because I just love that so much.

This is what the veg looked like after trimming and scrubbing: 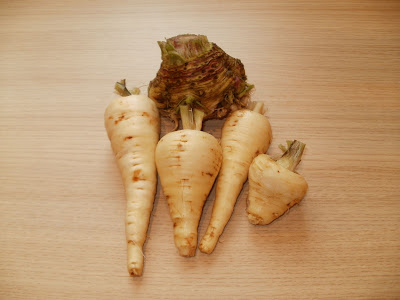 ﻿
After harvesting the root veg I picked some salads. I was pleasantly surprised how well most of them had survived the cold conditions. OK, some of the Batavian Endives had succumbed, but they were the exception. 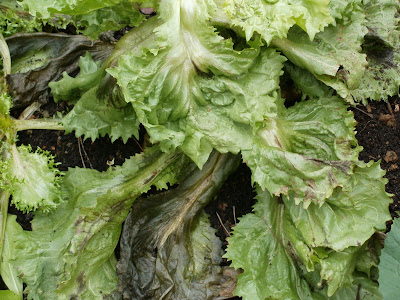 The "Rossa di Verona" chicory is reasonably happy, though naturally enough it is growing very slowly. 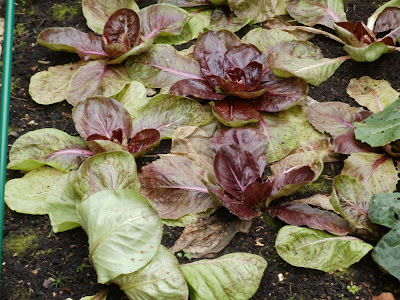 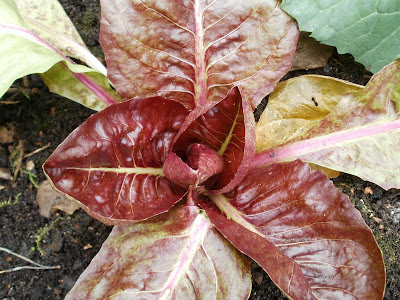 I also have a couple of Land-Cress plants (left over from a salad mix I sowed in the early Summer), and they yielded a few tasty young leaves. 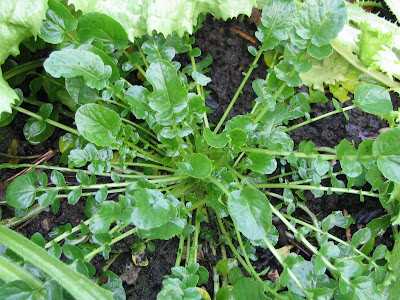 Even the Red-Veined Sorrel plants contributed: 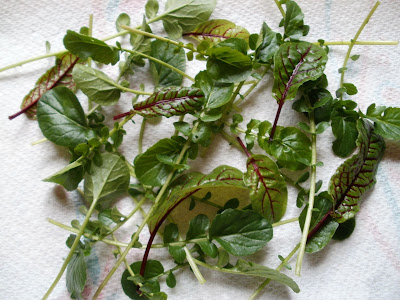 I could have added a few leaves from the Good King Henry which has rather surprisingly continued to produce new growth despite the weather. It normally dies right back in the Winter. Its leaves are a very attractive "shield" shape - a bit like Buckler Sorrel - and you can use them like spinach, or as a salad ingredient when very young. I have to be honest though and say that I find they have very little taste. 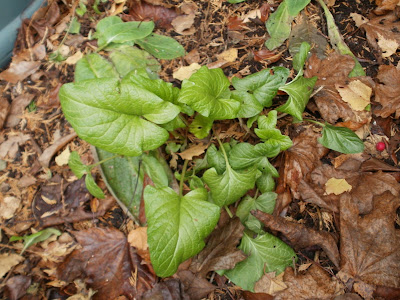 When I has assembled all the salad ingredients they made quite a respectable bowlful: 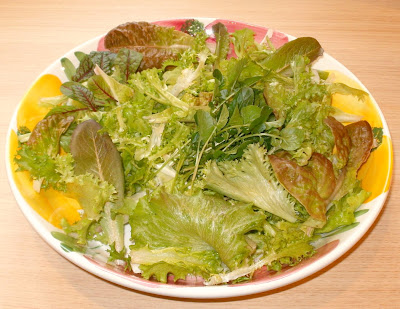 OK, so now we have to decide what to have for dinner (something that goes well with salad...).
Posted by Mark Willis at 17:30