A drastic remedy for aphid infestation

For the last three years I have kept some of my mature chilli plants at the end of the growing-season, and over-Wintered them. I thought I was getting quite good at this, since this time I have successfully nurtured 9 plants through the cold months. There were several casualties though - I started with 15 - and I'm not really sure what makes the difference between death and survival. However, the biggest problem I have had is with aphids. Despite my sustained vigilance and efforts to prevent and then eradicate the blessed things, my chillis soon became infested with aphids. I tried many different ways to remove them, or at least keep them in check, none of which had much effect. Then a couple of weeks ago I tried spraying them with diluted Fairy Liquid washing-up liquid, something I had seen lots of people on social media advocating.


First the bad news: many of the plants began within a few hours to shed leaves. A couple of the plants lost almost all their leaves. 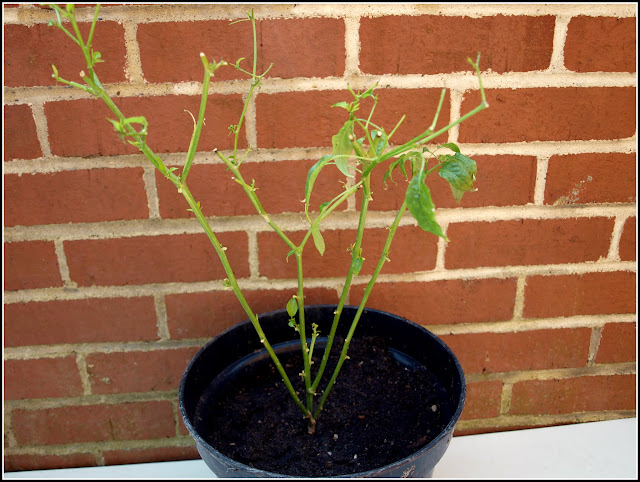 Now the good news: lots of aphids died too! I thought this might possibly be the end of my beloved chillis (actually I didn't spray all of them, just in case!), but fortunately they are definitely NOT dead, and are now beginning to produce new leaves, and the aphid population is substantially reduced. I hesitate to say "eliminated", because that would be unreasonably optimistic!

On Wednesday the weather was glorious - warm (18C) and sunny almost all day - and I seized the opportunity to take my chilli plants outside for a bit of fresh air. I removed all the dead/dying leaves and re-potted the plants in fresh compost, then gave them a feed of the "Cultivate" plant-food I am trialling. Here they are all lined-up. You can see that a couple of them look pretty bare. 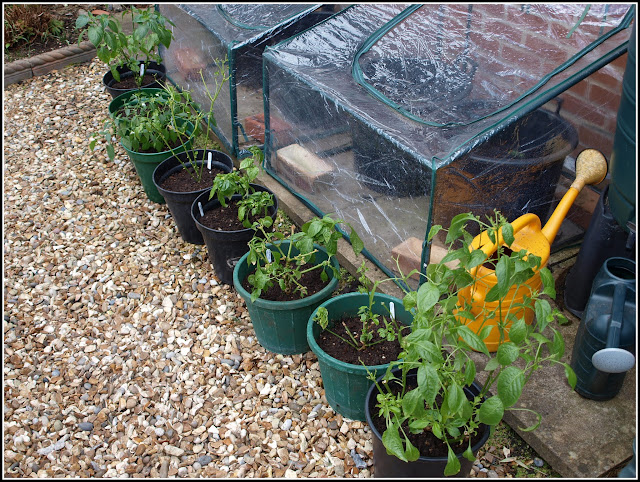 My big Rocoto was one of the plants that was not affected by aphids (it spent most of the Winter in the garage, which is cooler), so it did not get the Fairy treatment, nor did it need re-potting.


There is a twist to this tale as well... Following the advice of other bloggers, I used the "Original" flavour of Fairy Liquid, but I hadn't realised that there are TWO versions, both called "Original". One is the mild version, and the other is the Fairy Platinum, which is much more powerful - in other words it has lots more chemicals in it - which are harmful to plants. I used the wrong one! The one to use is the one in the clear bottle (at right below), not the one in the silver-coloured bottle. 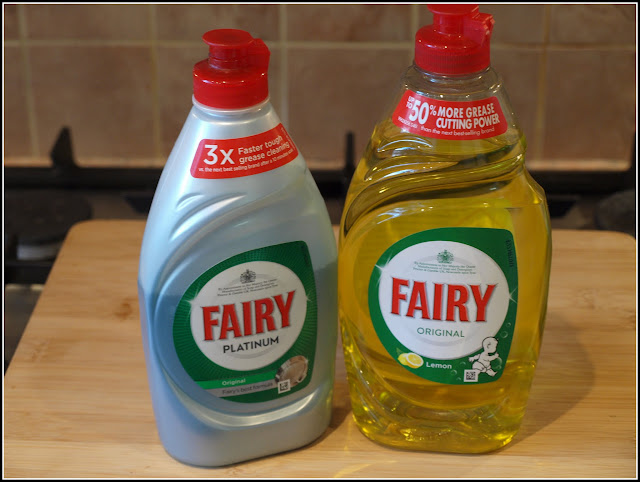 Both bottles use the word "Original", but in a different sense. I think the significance is that one is "original flavour" and the other is "original formula", or something like that. 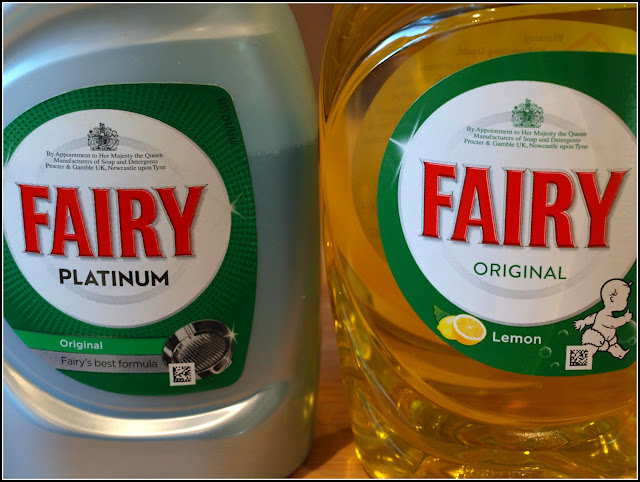 Anyway, all is not lost. This plant is another that was not sprayed. It is "Turkey Small Red", and it is looking really good. It has already set six fruits and there are lots of flowers which hold the promise of more fruit to follow:


There is also one fruit already on one of the two "Aji Limon" plants, which is a triumph in itself, since this variety is often one of the last to mature when grown anew from seed.


The plant is quite big, though at this stage very "soft". It needs to spend some time outdoors to toughen-up.


Meanwhile, the chillis I have grown from seed are progressing well. Most of them are about 5 or 6 inches tall - big enough to spend some time outdoors, though mostly (as seen here) with a bit of protection. 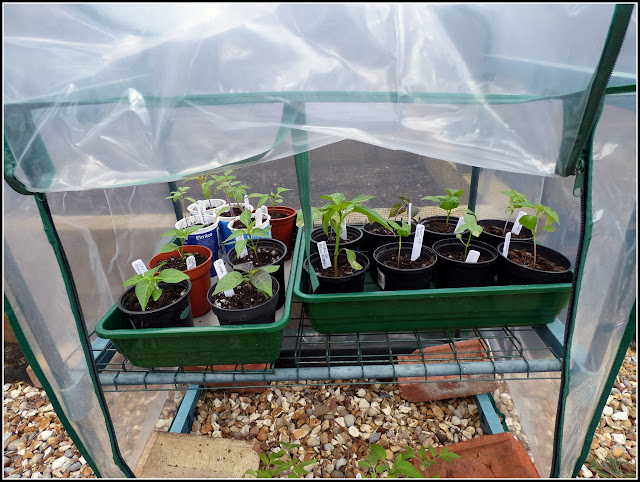