With The Dimple Downwards

This past weekend I sowed my bean seeds. Most bean plants are fairly tender (in the sense that they are not very resistant to frost or very cold temperatures), so they tend to be amongst the last vegetables to be sowed each year. I normally raise mine initially in pots, prior to planting out in their final positions after the danger of frost has receded. This is the wisdom of hindsight - all too often I have had to rush out into the garden in the evening to protect my beans after watching the weather forecast!


This year I am growing four different varieties of bean. First there is my old favourite climbing French Bean "Cobra"; then Runner Beans ("Streamline" and "Tenderstar"); then some Fazol Pnouci "Konstantin" climbing beans sent to me by my friend Dominka in Czechia (formerly known as the Czech Republic); and finally a few Borlotti "Lingua di Fuoco". Naturally, in the small space I have available I will only be able to grow a few of each.


"Tenderstar" is new to me. It is a hybrid, created by crossing French Beans with Runner Beans. The seeds were kindly supplied to me for review purposes by Marshalls. 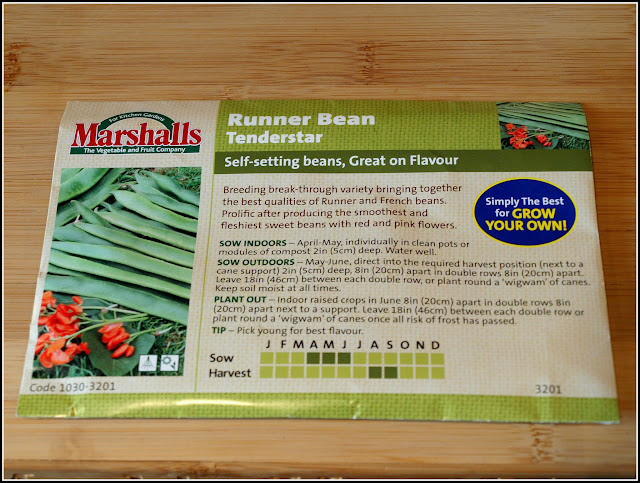 On their website, Marshalls describes "Tenderstar" like this: "Breeding break-through variety bringing together the best qualities of French and runner beans. Prolific and producing the smoothest and fleshiest beans from red and pink flowers." They sound good, and I'm looking forward to seeing if they live up to expectations, and how they compare with the more traditional "Streamline".


The Fazol Pnouci are also something of an unknown quantity for me. 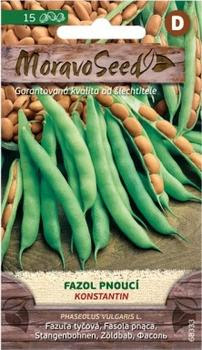 The literal translation of "Fazol Pnouci" is "climbing bean", and I note that on the packet it gives the Latin name Phaseolus Vulgaris, which is just "common bean". The picture shows short green pods with brown seeds inside. I'm expecting these to be useable both for their pods and also for their beans - either at the semi-ripe flageolet stage, or fully mature for drying. I'll let you know how I get on with them, of course.


I have a tip to share with you today, in relation to sowing bean seeds. It revolves around the knowledge that bean seeds are not symmetrical. Look closely at this photo: 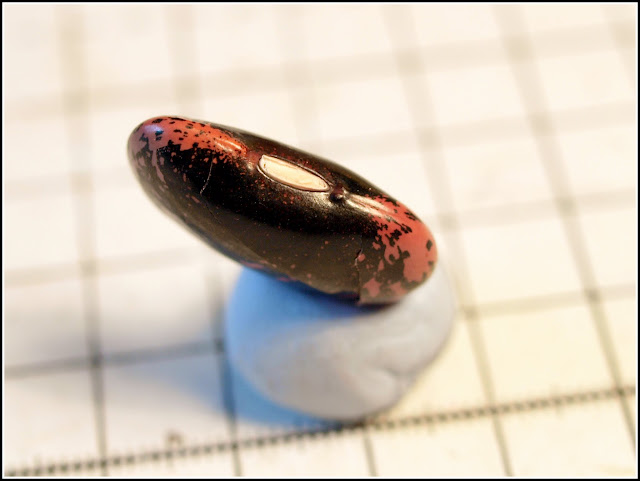 You see the oblong white scar in the middle of the bean, where the bean was attached it its pod? Yes? Well, now look to the right of the scar and you will see a tiny bump or "dimple". Significantly, there is only one dimple, not one at each end of the scar. Here's another view: 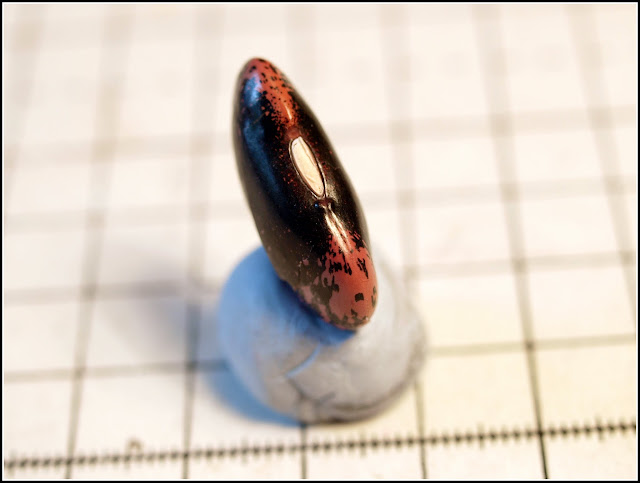 Now when sowing your seeds, the received wisdom is that you should sow them vertically, which helps moisture to run down them, thus helping to prevent them rotting in damp soil. You should also aim to sow the seeds with the dimple below the scar - hence "With The Dimple Downwards". This means that when the seed eventually opens and the shoot pops out, it unfolds smoothly and has the easiest and most direct journey up into the light. If the seed is sown in any other orientation it will probably grow anyway, but it may have to wriggle around a bit until it gets into a "comfortable" position. Isn't it good that Mother Nature has provided us with a way of recognising which is the Right Way Up?