As you know, space in my garden is strictly limited, so I have to think carefully about getting the maximum yield from it. I often use the technique called "inter-planting", aka "under-cropping". This simply means planting two (or more) crops in more or less the same place, at the same time. My Broad Beans and Radishes are an example of this approach. 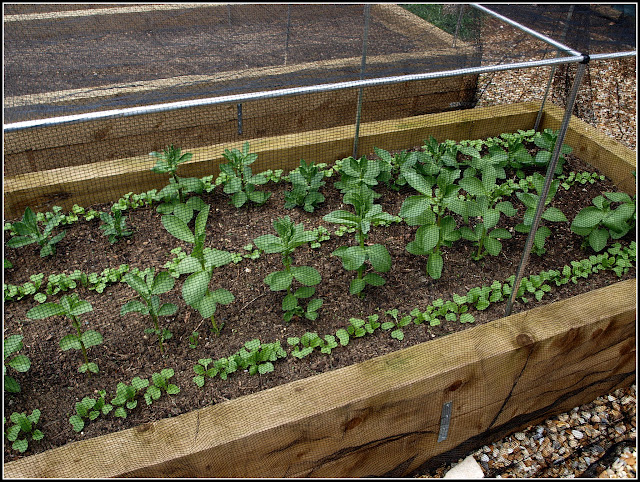 In the same raised bed I have two rows of Broad Bean (each of 12 plants) and three rows of Radishes. 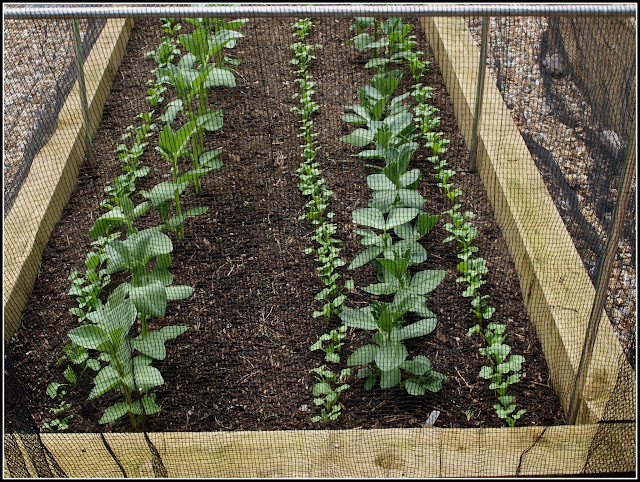 If you are wondering why the middle row of Radishes is offset to one side, it's because they were sown underneath two tunnel cloches, side by side, and the exact centre was occupied by the legs of the cloches!


My Broad Beans are of three varieties. In one row I have six each of "Masterpiece Longpod" and "De Monica", both of which are relatively tall: 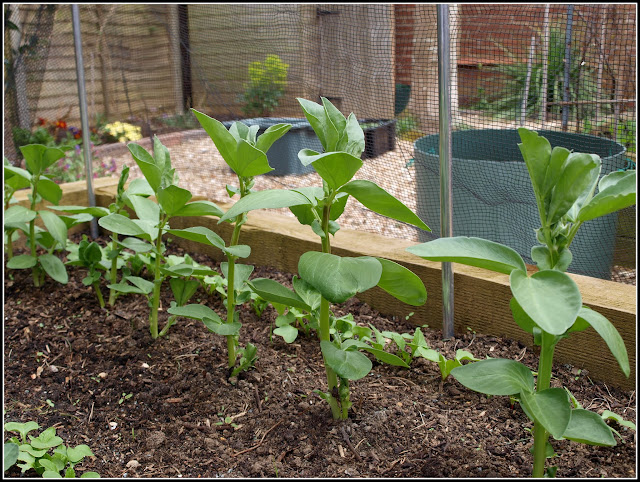 The other row comprises 12 plants of "Robin Hood", which is a much more compact variety. 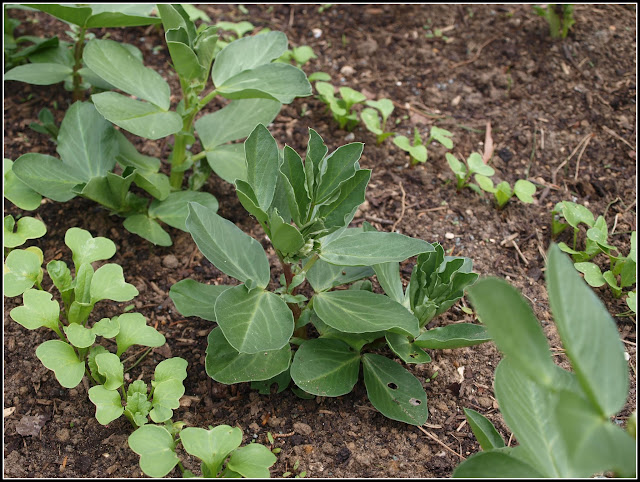 The Broad Beans will take much longer to mature than the Radishes, so the plan is that the Radishes will have been harvested before the BBs block out all their light. Right now the Radishes are showing little sign of swelling up, so they had better get a move on. 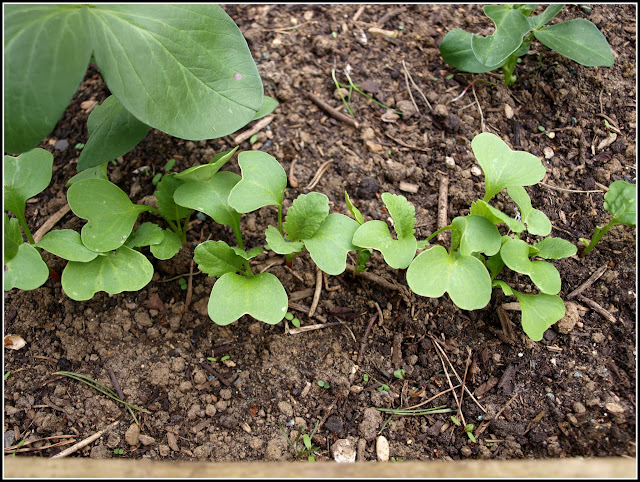 Despite having been under cloches for about their first three weeks, the Radishes have been growing slowly because of the cold weather. There is no immediate prospect of a warm spell, so I think it will be another three weeks or so before I can expect any harvests from them. I just hope that they don't turn out to be woody. Radishes are best when they are grown quickly in warm moist soil. In such conditions you can sometimes get a harvest about a month after sowing. 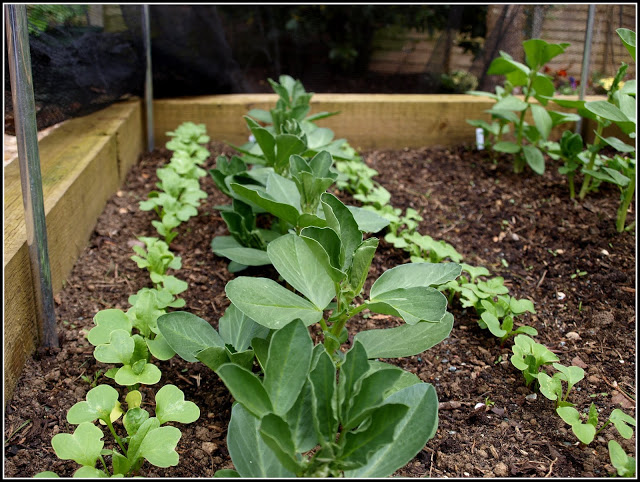 In another raised bed I have sown some more Radishes - three short rows, under one of the tunnel cloches: 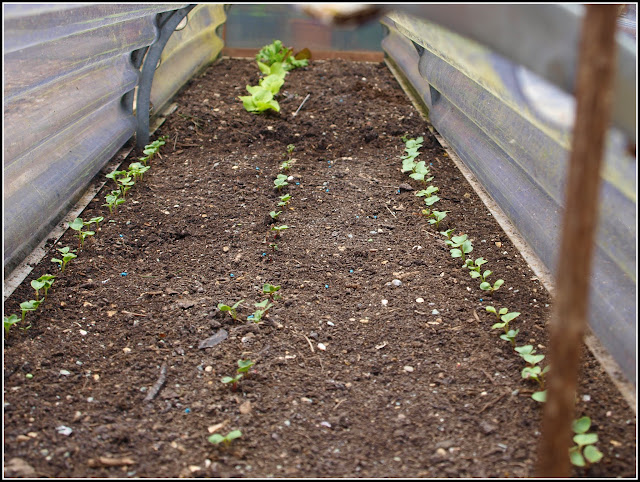 The middle part of the centre row looks a bit thin, and some of the seedlings are displaced, so I suspect that despite my attempts to deter them (note stick at right of photo), an animal of some sort - probably a cat in this case - has got in and had a dig around. Even so, there's enough there to give a decent harvest in due course.
Posted by Mark Willis at 12:00