The only vegetables I have remaining in the veg-plot from last year are a few Radicchio. For some unfathomable reason although sown at the same time as usual they grew incredibly slowly and never hearted-up like they are supposed to do. Over the Winter I have had some of them covered with cloches, so they are still alive, but still resolutely tiny. I haven't the heart to throw them away after all this time, but will they ever be worth using, I wonder?? 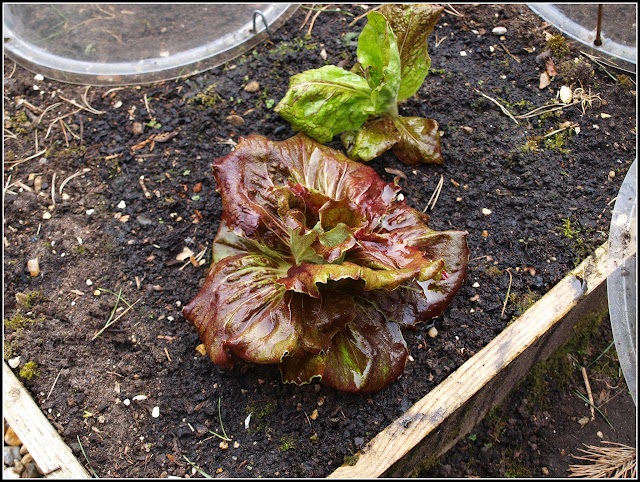 On Sunday I removed the cloches for a few minutes so that I could water them, and took the opportunity to inspect them closely. 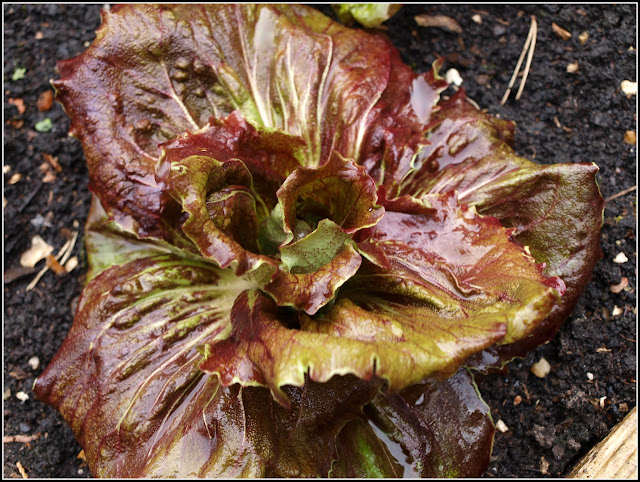 If that photo had been taken in late August / early September, I'd say they looked quite promising, but in April I think not!


I need to prepare the bed where they are growing for planting-out my Cabbages, which will be ready for transplanting in about a week or 10 days, so I think the Radicchio will have to go. I'll probably save just the few tiny innermost leaves to use in the salad, but there is no realistic prospect of them hearting-up.


One of the principles of my blog is that I report honestly both successes and failure, so I think this one has to go down as a failure! I'll try again later this year of course, because in the past I have managed to produce some fairly respectable Radicchio - like these: 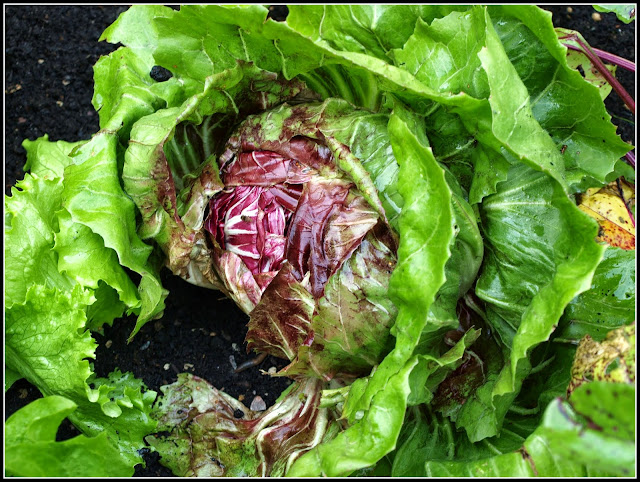 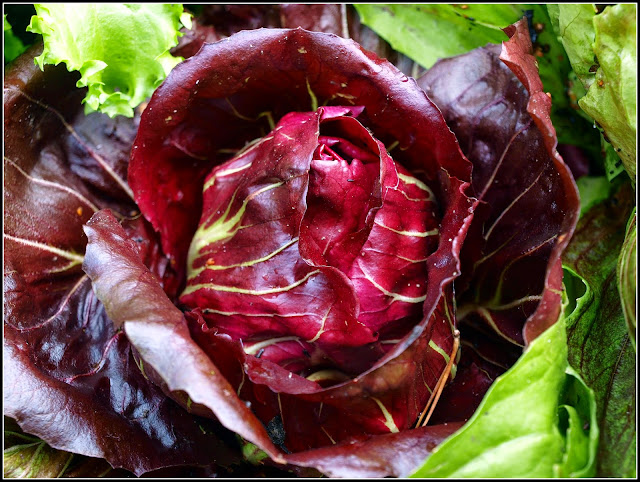 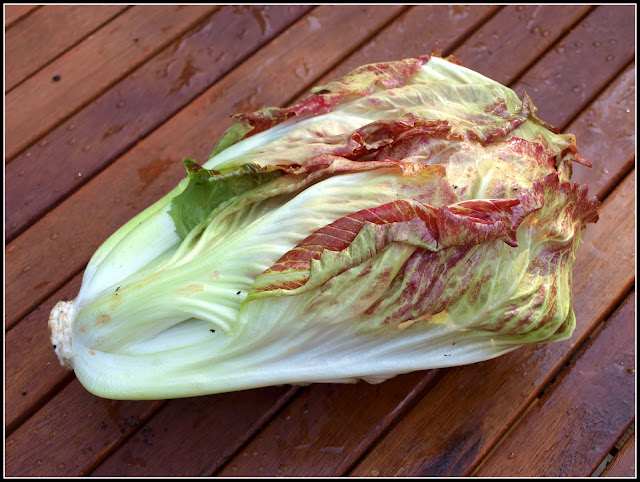 A close relative of Radicchio is the Endive. I am a fan of these too, but my approach to growing them is going to be different this year. I have tried many times to grow Endives in Spring for Summer harvesting, but it never works. The Endives always bolt. I mean always. Even when I use varieties supposedly well-suited to Spring sowing. It must be something to do with soil conditions, because weather conditions vary from year to year, yet my failure to grow good Endives in the Spring is consistent. Endives sown in summer for Autumn harvesting always do much better, so this year I am going to resist the urge to sow Endives in the Spring! Having said that, I'll probably forget the Summer sowing now. Must make a note in the diary...
Posted by Mark Willis at 12:00