Ever since our children were tiny, Baby Leaf Salad has been known in our family as "Daddy Salad". Yesterday I started off a batch.


There is no particular correct seed composition for Daddy Salad - just whatever is available. I often use part-finished packets of things I have sowed the previous year. This time I used Curly Endive (Chicorée Frisée), Red and Green Salad Bowl Lettuce, a mix of chicories called Misticanza, (from Franchi Seeds) and some "Provencale Salad Mix" from Marshalls, which includes a proportion of Rocket and Oriental Brassicas. None of them will be grown to maturity. They will all be harvested when just a few inches tall. 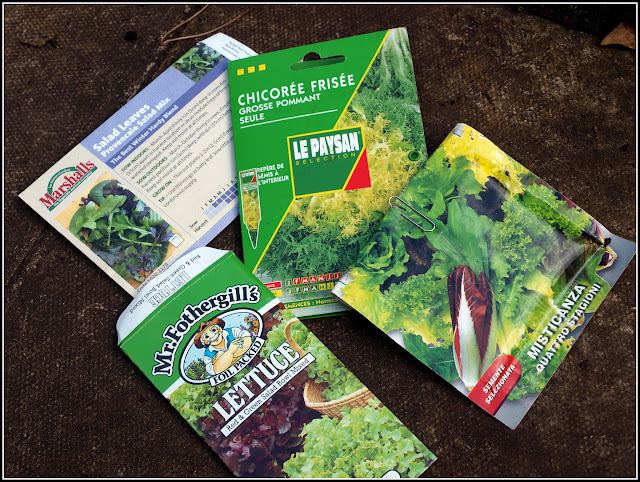 When growing this sort of salad in a big raised bed or in open ground, it is often hard to tell exactly where you have sown your seeds unless you use some sort of marker. I decided to use a 18-inch square frame knocked together from some pieces of scrap wood, making effectively a "bed within a bed". This device will not only define precisely where my seeds are, but will also allow me to protect them easily. Let me demonstrate...


Here's the frame, simply laid on top of a patch of prepared soil: 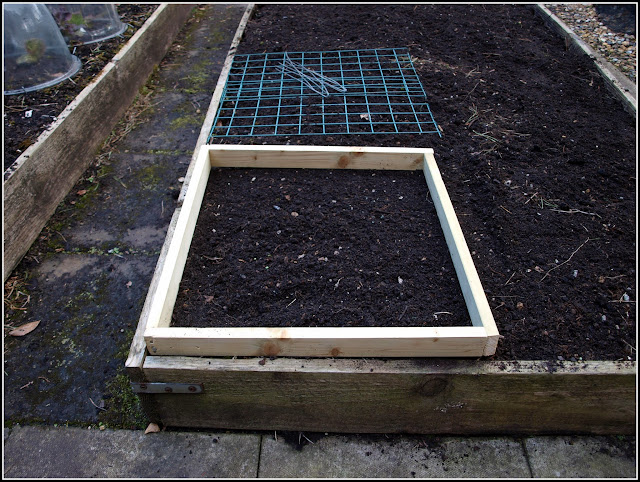 After placing the frame in its position, I watered the soil thoroughly and sowed the seeds in "broadcast" fashion within it. Then I covered the seeds with a thin layer of fine dry soil.


Over the frame (which is about 3 inches tall), I placed these wire grilles, which are actually shelves from one of my plastic mini-greenhouses: 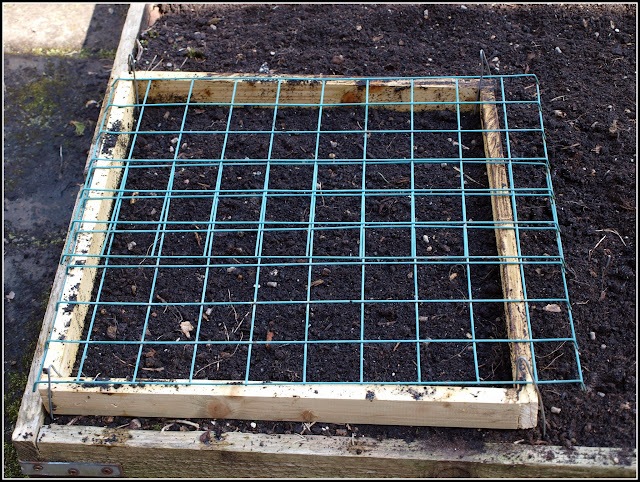 They are held in place with pieces of bent wire (in my case, cut from old coat-hangers), about 8 inches long, so that they go deep into the soil. 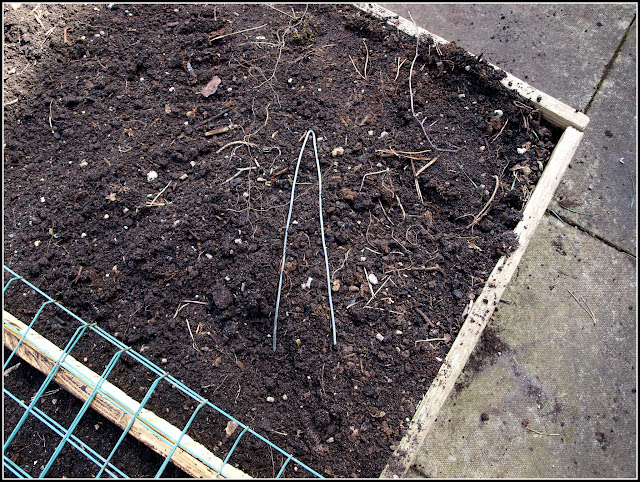 The V-shaped wires go over both wooden frame and wire grille, keeping everything firmly in place. 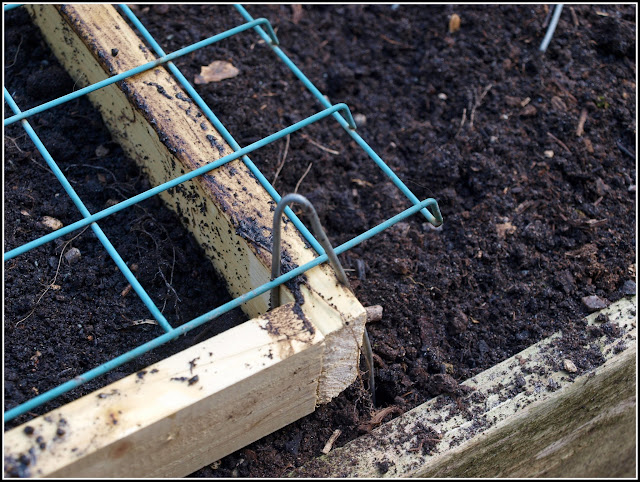 When the salads get taller than the frame, I will remove the wire grilles, because by that time I think they will have passed the really vulnerable stage. If I don't provide protection like this, it is almost 100% certain that the badgers would dig up my seeds - not deliberately, they just plough-up the soil as the use their noses to search for worms. As an additional badger-deterrent, I have added a few short canes positioned a few inches away from the wooden frame. They don't constitute a major obstacle, but as the saying goes, "Every little helps"! 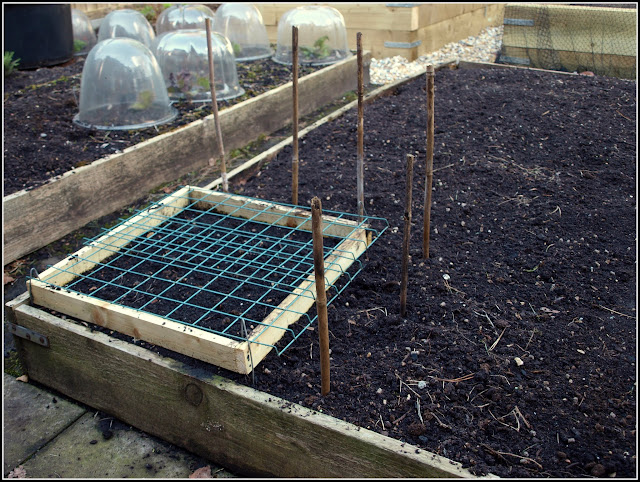 Which reminds me, I must also put some slug pellets down before the seeds start to germinate. It would be foolish to ward off the badgers but forget the more mundane enemies.
Having just written this, I realise that it might be sensible to make a second wooden frame, so that I can sow another batch of salad a couple of weeks after the first one, in order to produce successional crops. I must go and see if I have any more suitable bits of wood...
Posted by Mark Willis at 12:00