Following on from yesterday's post, in which I described Ightham Mote...


Later in the same day, after lunch in the "tearoom" at Ightham, we drove on to another National Trust property - Scotney Castle, near Lamberhurst. As it had been earlier, the weather was far from inviting - black clouds intermittently dumped upon us heavy drops of rain and a scattering of hail. Our first sight of Scotney Castle was a bit forbidding... 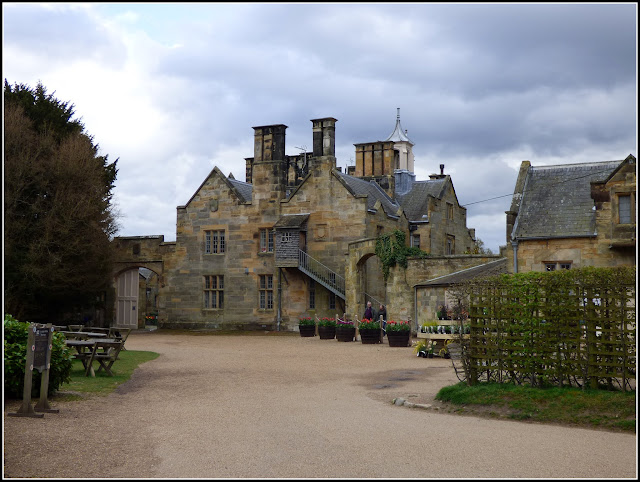 As we found out soon afterwards, Scotney Castle is effectively two castles, one ancient (and ruined) and one mid-19th Century. It is the latter of course that you see above - and not its best face either (check out that monstrosity of a metal fire-escape tacked onto the side wall!). This is the main entrance: 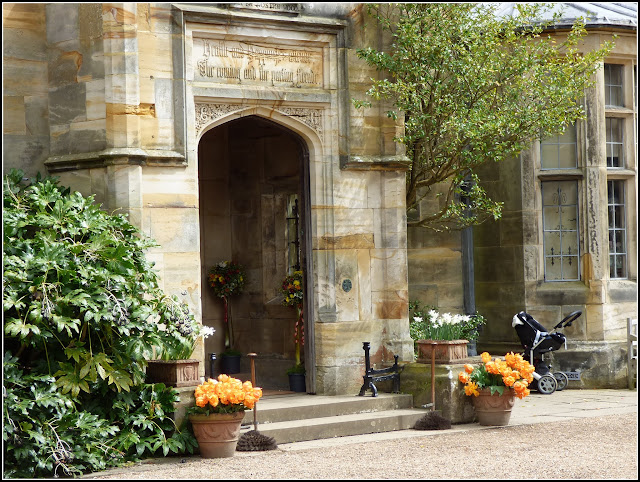 We were not unduly impressed with the new "castle". It seemed dark, sombre, unattractive - though there were one or two elements of light relief, such as this model of Noah's Ark. 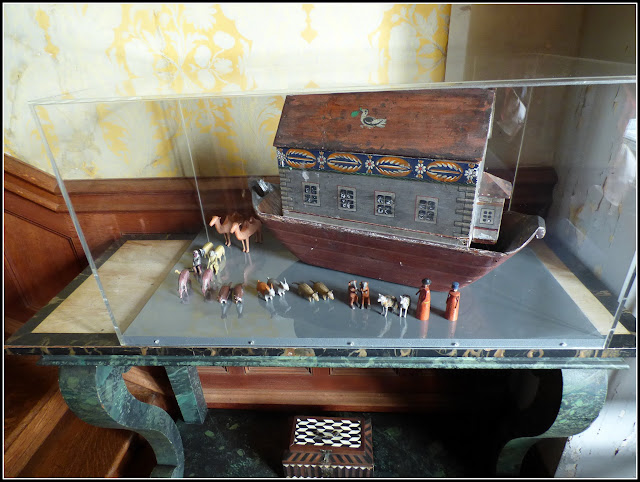 A lot of the rooms in the house were furnished / equipped with relatively modern (and often mundane) fittings which held little interest for me. I was more interested in seeing this... 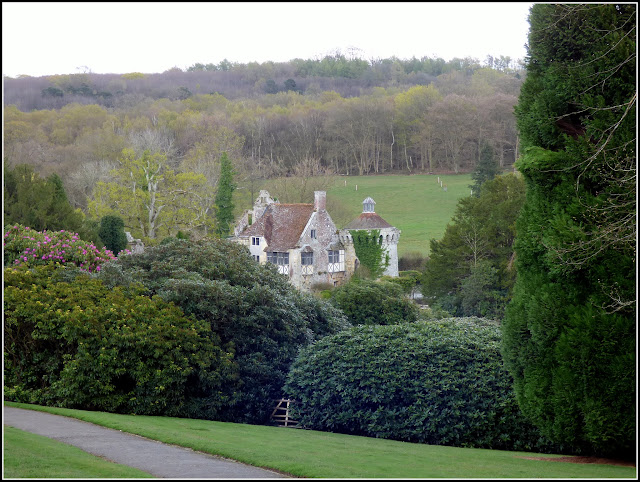 The new house is built at the top of a hill, overlooking the old castle down below. To get to the old castle you make your way through gardens full of enormous rhododendrons, azaleas and kalmia, for which the property is justly famous. 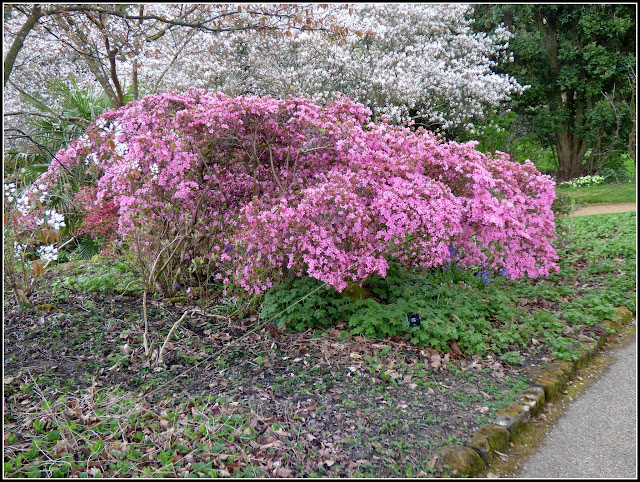 As you approach the old castle you realise that it is a ruin - just a shell. 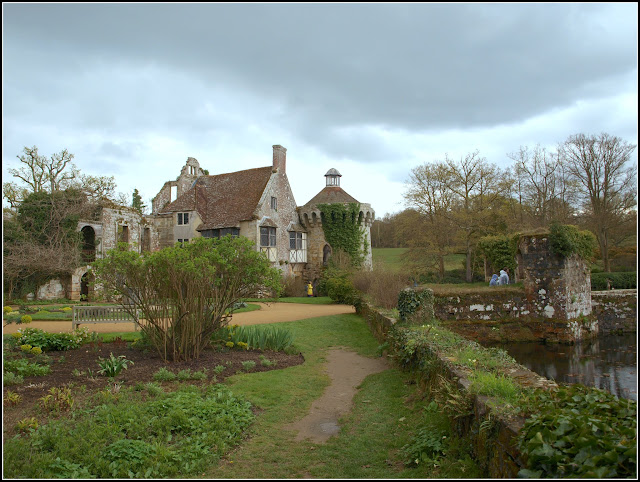 The castle (or bits of it) date back to the late 14th Century. It was at one time a strongly fortified building, probably with a tower at each of four corners, though only one remains today. 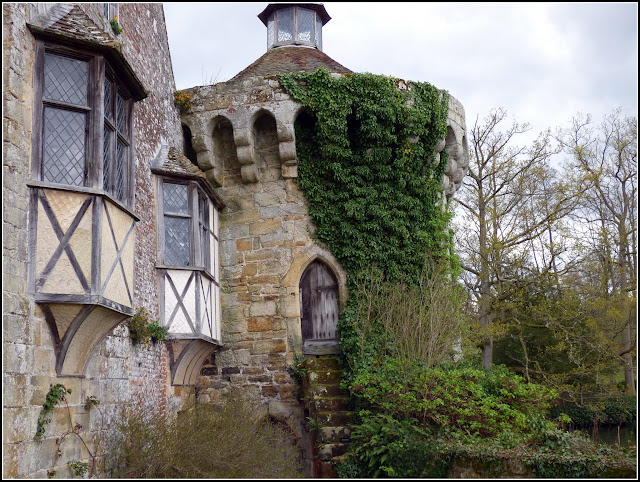 The castle is surrounded by a wide moat. I love castles with moats! They somehow seem much more romantic. 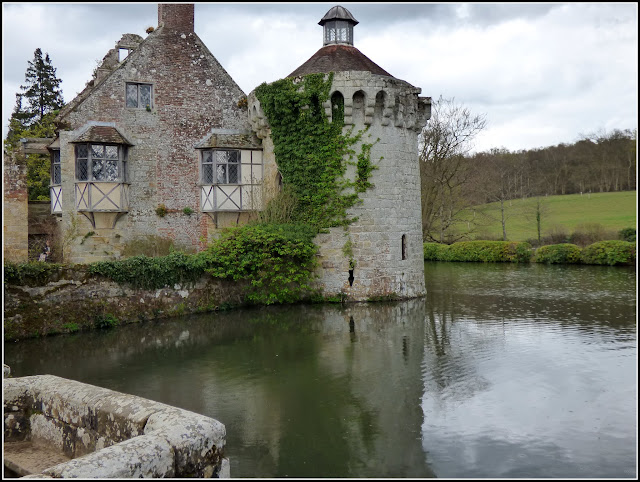 Most of the building was demolished and deliberately "distressed" in the early 19th Century, when the new house was built. I suppose that at that time it would have been considered the height of sophistication to have a genuine ruin in your back garden! Apparently, the owner felt that the old castle was too uncomfortable and inappropriate to the needs of his family in the modern industrialised environment of the day. Quite true, I would say, but isn't it still a shame that the old place should have been knocked down? Today of course it is a Listed building and such "vandalism" would not be permitted! 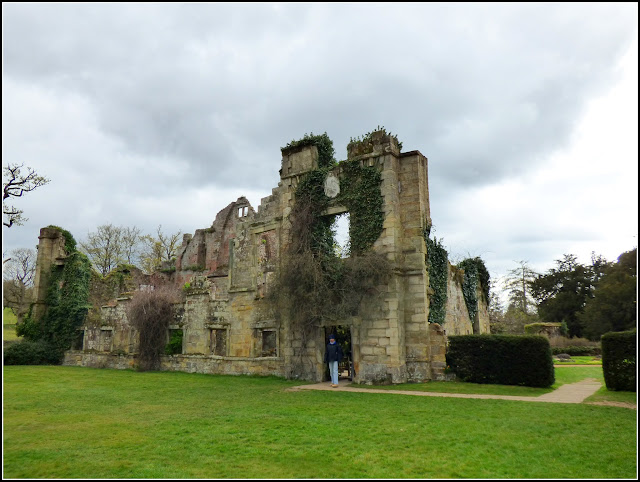 There's no denying that the old ruin has a lot of attractive features. Even in the rain, this was a lovely tranquil spot. It will be nicer in the Summer when the reeds and ferns are taller. 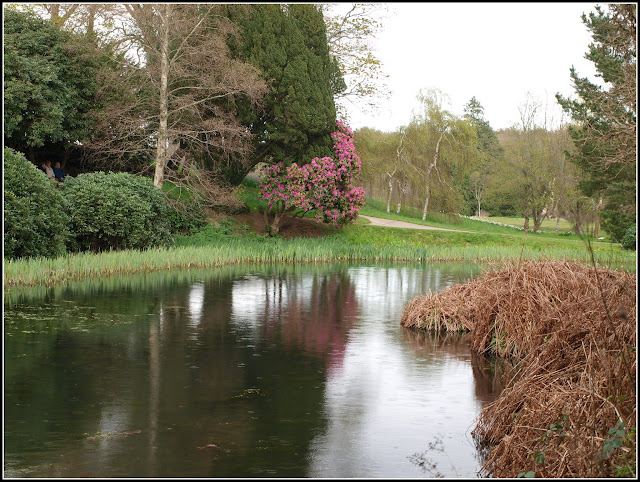 Before leaving the property we had a quick look at the walled garden, which would (in its day) have been used to provide supplies of fruit and veg to the big house. At present it is rather stark, though it is apparent that efforts are being made to restore it to its former glory - for instance by planting more fruit trees along the walls, many of which are currently bare. I wasn't very enamoured of these enormous deep but very plain planters / raised beds. If you wanted to grow Parsnips they would probably be ideal, but I felt that the Tulips (whilst undoubtedly impressive in themselves) were out of place in them. 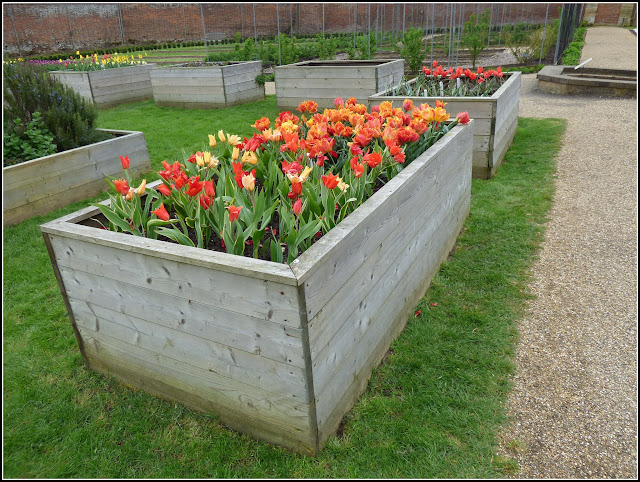 The enormous cage for soft fruit is an object of envy though! The space it covers is about four times the size of my whole garden. 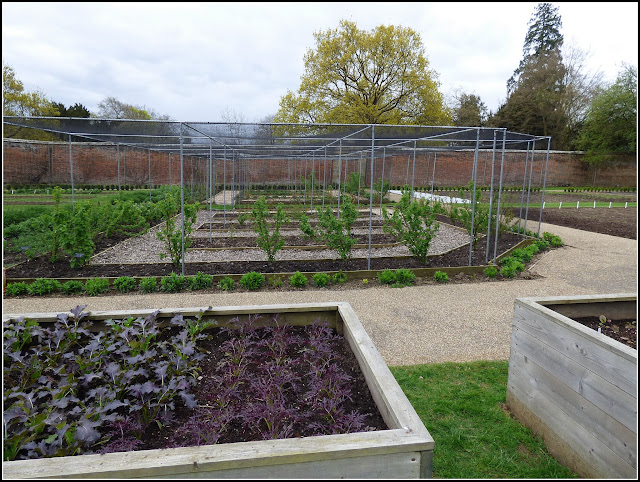 My verdict of Scotney Castle - like the proverbial Curate's Egg: "Good in parts".
Posted by Mark Willis at 12:00