What a difference some warmth makes

Last weekend we had a couple of really warm days - by first week of April standards, that is. With winds coming up from the South the daytime temperature hit about 15C, approximately five degrees warmer than earlier in the week. A little increase in air temperature like this can give a nudge to seeds hitherto reluctant to germinate. All over my garden things have begun to show significant movement.


You can definitely see two rows of Radishes flanking the Broad Beans in this photo: 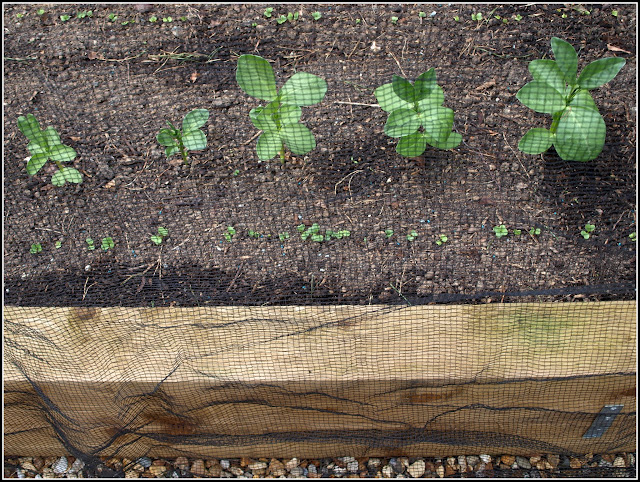 The Radishes here are what is known as a "Catch crop". They will mature and be harvested well before the Broad Bean plants block out all their light, so I am using the same piece of ground to produce two crops simultaneously. Elsewhere, the first of the Beetroot are showing through too, as are one or two Peas and Carrots. No sign of any Parsnips just yet though.
On Sunday I finally got the new covers fitted on the mini-greenhouses, which is just as well because they have already been used to provide protection for the first outing into real daylight of a group of little chilli plants. 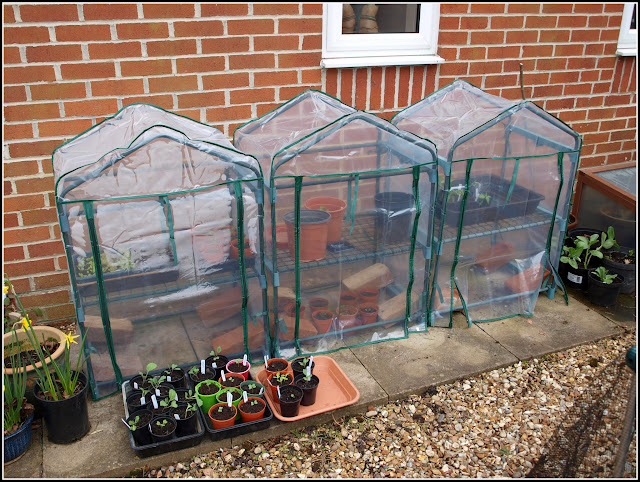 The plants in the trays in the foreground are Brassicas and Lettuce seedlings. I have started toughening them up by bringing them out of the greenhouses during the daytime. At night-time they go back inside.


Over the last week my Tulips have really shot up. You can almost see them grow! 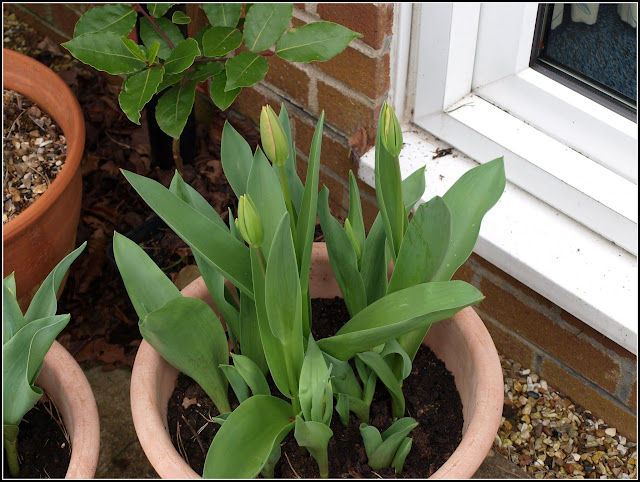 The little red ones that I belatedly bunged in down at the bottom of the garden are already showing their colour: 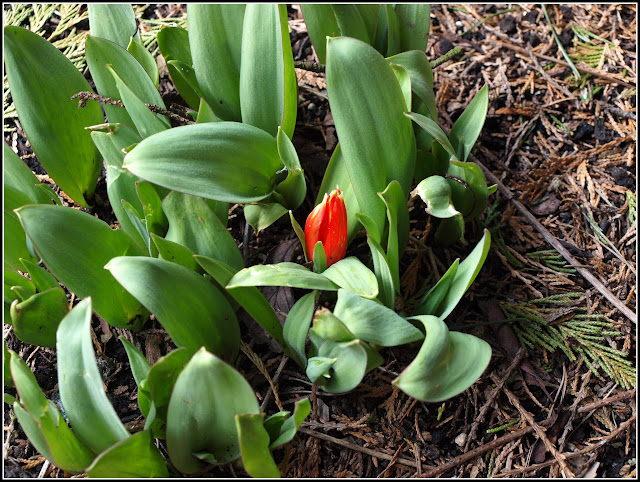 Most of my Daffs / Narcissi are past their best now, but this one is a late developer and is only just opening. It's an unspecified variety from that mixed bag I purchased at Morrisons. Unfortunately it seems there are only two bulbs of this type. 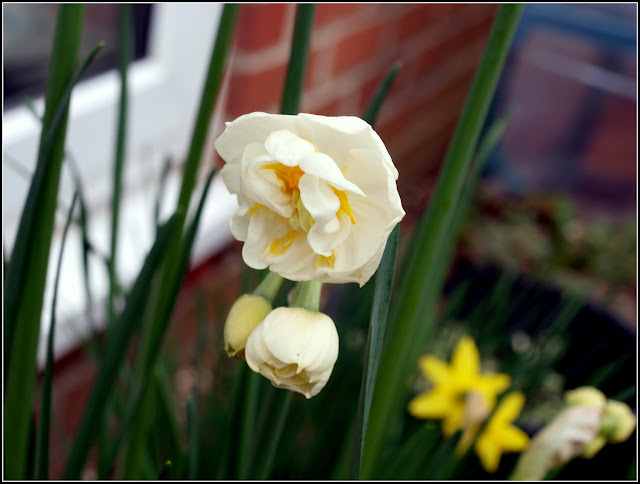 The Pulmonaria is always good for a bit of early colour too. This one is a self-seeded plant at the base of my Cherry tree. I'm encouraging it to spread. 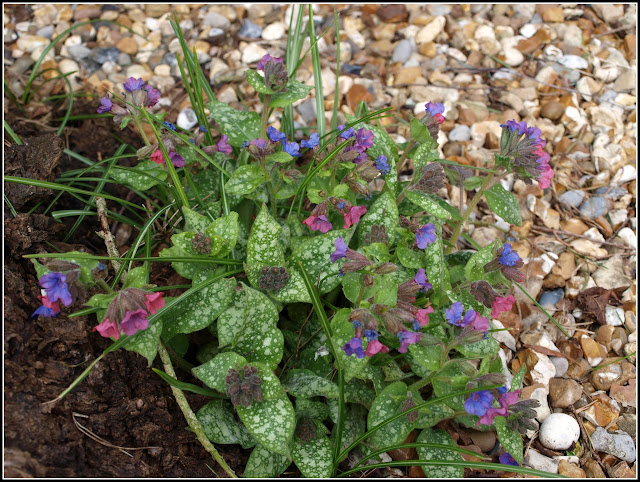 I planted more potatoes at the weekend - four tubers of my old favourite "Charlotte", two tubers each in two 35-litre black plastic tubs. I have protected each pot with a wire shelf taken from the mini-greenhouses. Hopefully this will dissuade the badgers from nosing around in the tubs. I have also covered a couple of the pots with some bubble-wrap that came as packaging material in a parcel. This will protect the emerging potato shoots from frost, which is still highly likely for at least another month. 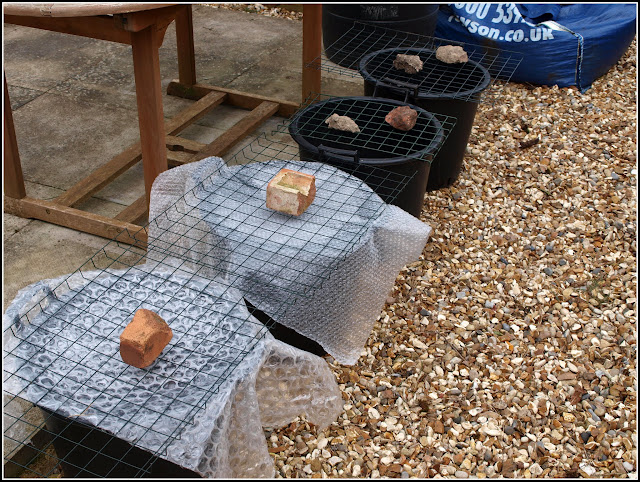 It will be a fair while before the garden begins to fill out, but at least things are on the move now.
Posted by Mark Willis at 12:00