My Cabbages have all been planted now. 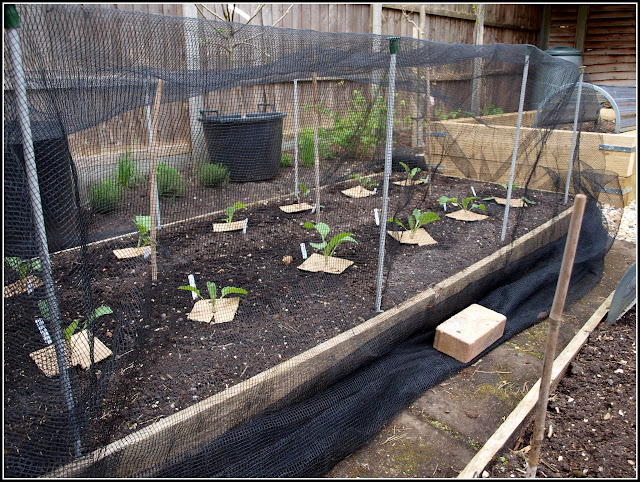 It's never going to be a massive crop - there are only 12 plants! However, with two each of six different varieties, the plan is that they mature in succession, providing a harvest over a long period. Two of them are a red variety called "Ruby Perfection", and (assuming they make it to maturity) they will probably end up being pickled. 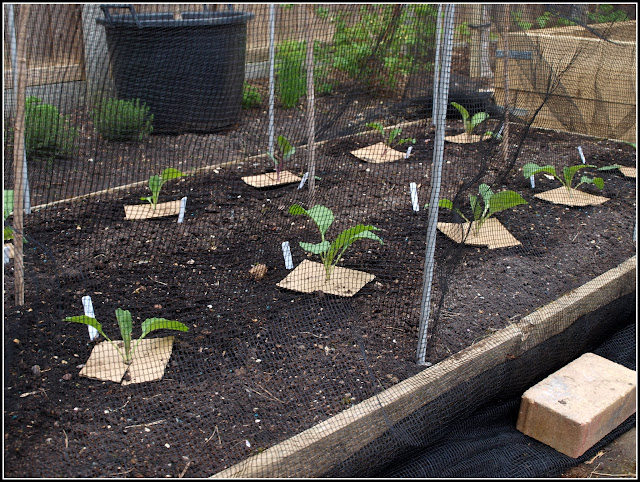 As you can see, the individual plants are protected against Cabbage Root Fly by home-made cardboard collars, but the whole bed is also covered with netting to protect against birds and animals - specifically badgers. Surprisingly, my garden suffers very little damage from birds, even though Wood Pigeons are always present in abundance. I bribe them to stay away from the brassicas by putting out stale bread for them to eat.


In due course I am going to put three Brussels Sprout plants in the same bed as the Cabbages, in the centre, between the two rows. The Sprouts are still very tiny though and they must wait a while before transplanting.


Talking of being tiny, my "Toledo" Leeks are that too: 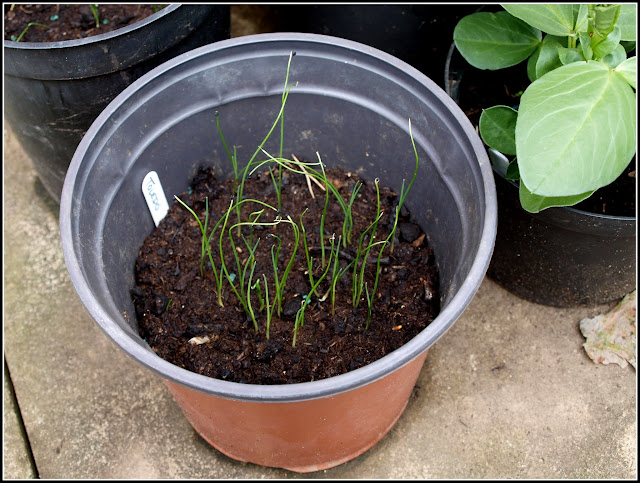 It will be a while before any of those are ready for transplanting! I also have some "Apollo" Leeks but for some reason they have developed very poorly indeed: 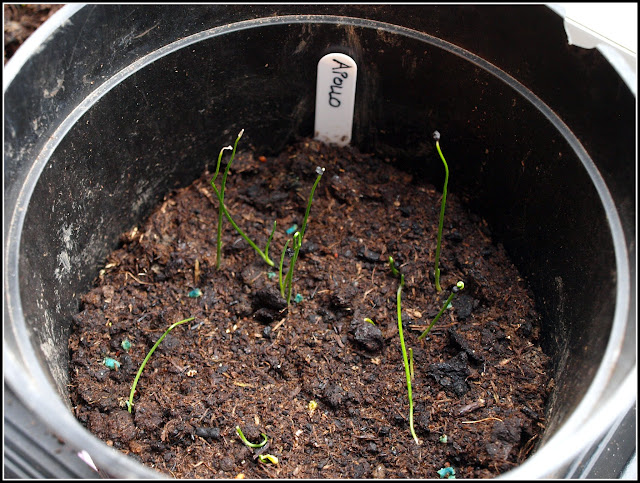 Both types of Leek were sown at the same time, in the same way, in the same compost, but "Apollo" has just not done much at all. Some of the seedlings never even straightened up.

My Reserves are these - a small batch of "Winter Giant", sown much later than the other two varieties. 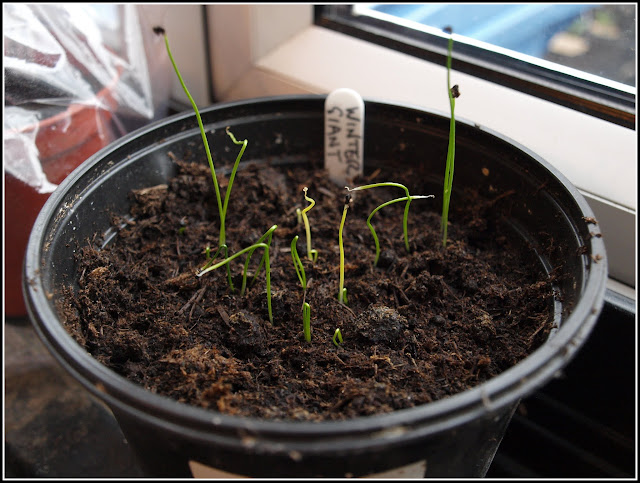 My plan is to plant a few of each type of Leek, again so that they will hopefully develop at different rates, thereby extending the harvest period for me.
Posted by Mark Willis at 12:00