Everyone knows the Daffodil, the archetypical English Spring flower, but fewer people know the Fritillary, which flowers at the same time. It is a more unobtrusive, some would say more sophisticated type of flower. Furthermore, it likes to grow in dappled shade rather than full sunlight, so one is less aware of it.


Fritillaries grow from bulbs, just like Daffodils, but they spread quite rapidly, because they also reproduce via seeds. Their tall stems that wave in the wind facilitate this, and the seeds are often distributed a fair distance from the parent plant. I have been helping mine to spread, because I would like to have a whole bed of them, like the one I saw at Nymans the other day... 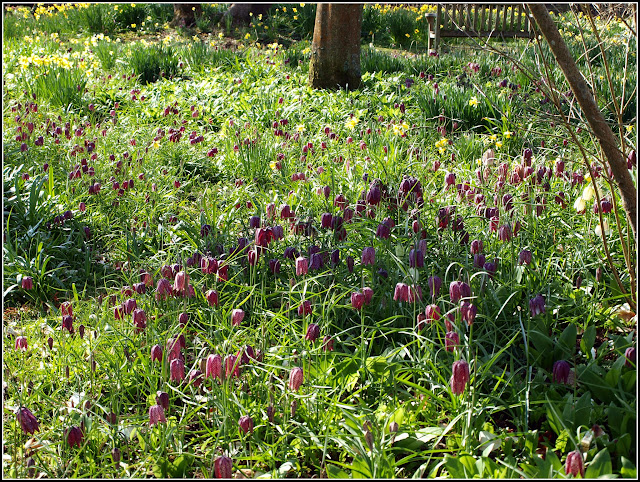 It will be a long time (if ever) before I have anything quite like that, but I do have a few fairly promising clumps: 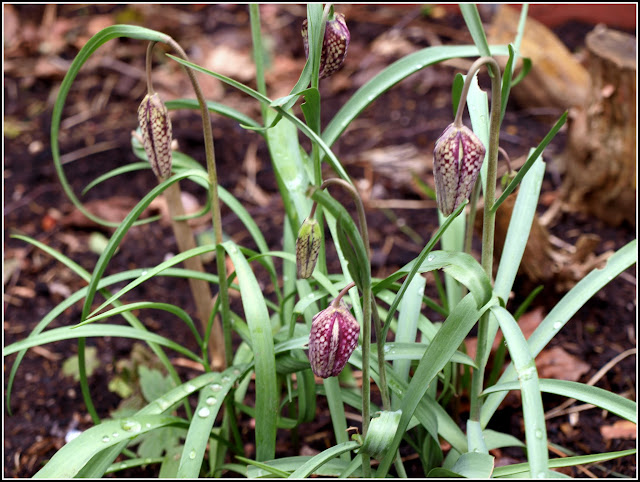 Unfortunately last Autumn quite a few Fritillaries met their end in the re-arrangement of the bed where they grow. I removed four or five big ferns, which were beginning to dominate the area, and replaced them with a Lysimachia plant. However, it is gratifying to see that this year there are lots of little Fritillary plants peeking up amongst everything else, so I'm sure they will recover. As every gardeners says "There's always next year"! 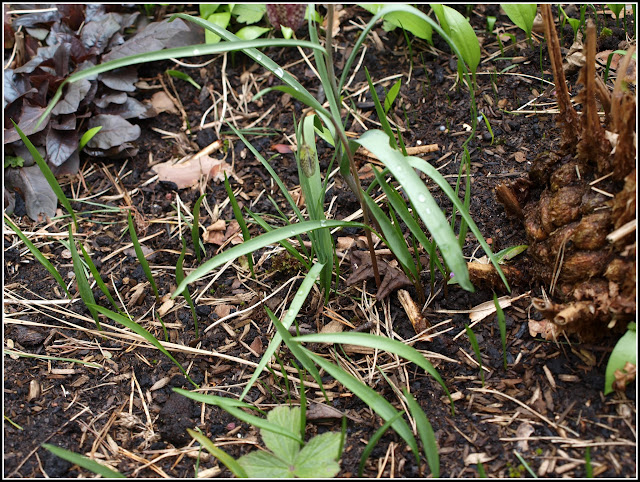 Now Cobblers. You may be wondering what Cobblers have got to do with Fritillaries (as in the title of today's post). Well, as far as I know, nothing. I just want the opportunity to show you our new Polish pottery dish in action for the first time. Jane made a Beef Cobbler in it: 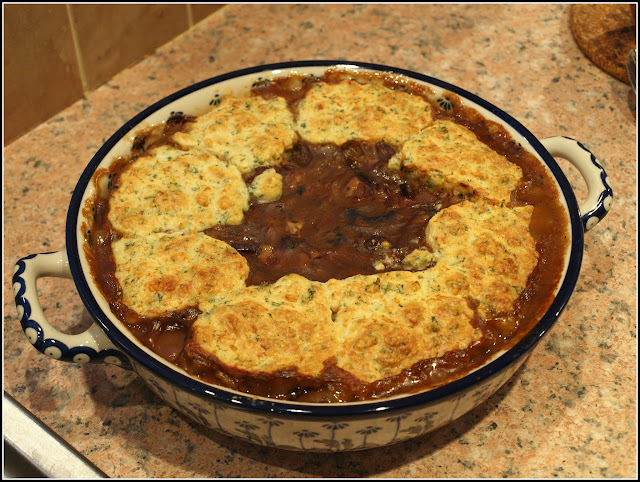 A Cobbler is a bit like a casserole  / stew with dumplings, except that the "dumplings" which sit on top of the meat element are allowed to go crisp and golden. Allegedly they look like cobble-stones on an old-fashioned street. Irrespective of what it represents, I loved this dish. Jane was a bit disappointed because she thought the cobbles hadn't risen enough, but I tell you, they were fine, and very tasty, because they were packed with herbs. The meat part of the dish was strongly flavoured too, with beer, smoked bacon and fresh Thyme. We didn't eat it all in one go, and I had the leftovers for lunch the following day. And the (pottery) dish itself? Perfect for the task.