Last week was National Beanpole Week. I'm not a great fan of the "National xxxx Week" concept, but if you are going to have such a thing it is good to see one being run at an appropriate time (unlike some I could mention...). Mid-April is the time when most veg-gardeners start putting up frames and support-mechanisms of one sort or another for their climbing beans, so National Beanpole Week will conveniently remind us to get on with the job.


Currently there seems to be a surge of interest in the old-fashioned ("retro") style of beanpole, usually made from coppiced Hazel. I would love to have a set of these poles. They are made from renewable resources, grown locally, which is good because it avoids all the negative aspects of importing bamboo canes from the Far East. Furthermore the rough surface of the bark on them makes it much easier for bean plants to grip them and grow upwards more efficiently. Unfortunately they are not as easy to get as I would like. If I had a van or a car with a roof-rack it would be OK, because there are a few places where I could probably get them, but I don't know of anywhere that would deliver them - certainly not without a hefty fee.


I went to my local Garden Centre to see if they had Hazel beanpoles, because it is only about a mile away and at a pinch I could probably walk home with a bundle of beanpoles over my shoulder, but they didn't have any. What they did have is these: 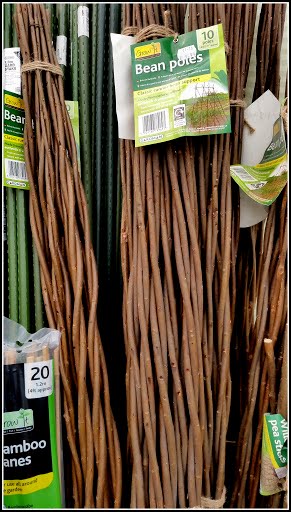 They are made of Willow. Strange, I though Willow was noted for its flexibility? Furthermore, despite being described specifically as "Classic runner bean supports", they are only 1.8 metres (5 ft 11in) tall. I don't think that is enough for Runner Beans. I currently use 8-ft poles). 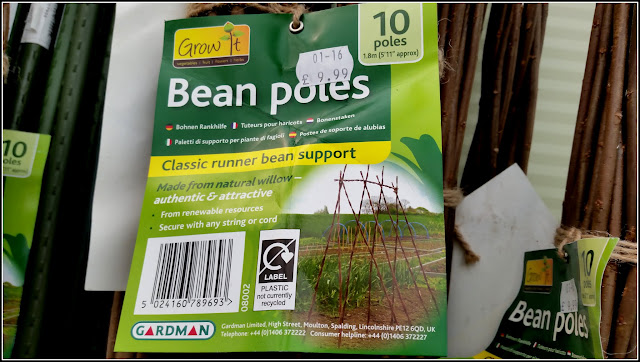 This is my usual setup, made from fifteen 8-foot bamboo canes. 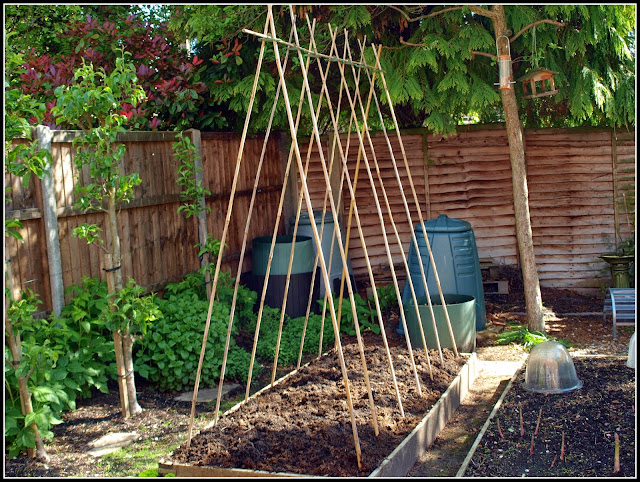 Look at the economics of this. 10 x 6ft Willow poles cost £9.99, and 10 x 6ft Bamboo poles which must be shipped in from the Far East cost £4.99 - half the price! That's the problem isn't it? We all want the bargain, but there are costs other than monetary ones to be considered. What about the environmental impact of shipping the goods? How much does a bamboo-grower or -worker in the Far East earn for their efforts? How much forest is felled to make way for plantations of Bamboo? And so on... Actually, I must point out that it doesn't say on the Gardman packaging where the Willow is grown. I'm presuming it is in Europe, possibly the UK, but I may be wrong. 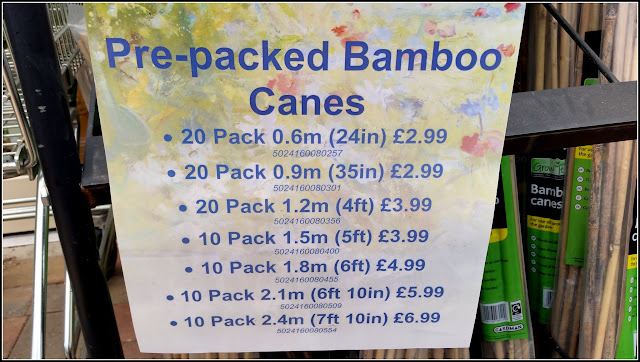 following on from National Beanpole Week, I would like to give a plug to the concept of Coppicing in general. In case you don't know what this is, I'll briefly explain. Hazel trees are cut down almost to the ground, like this: 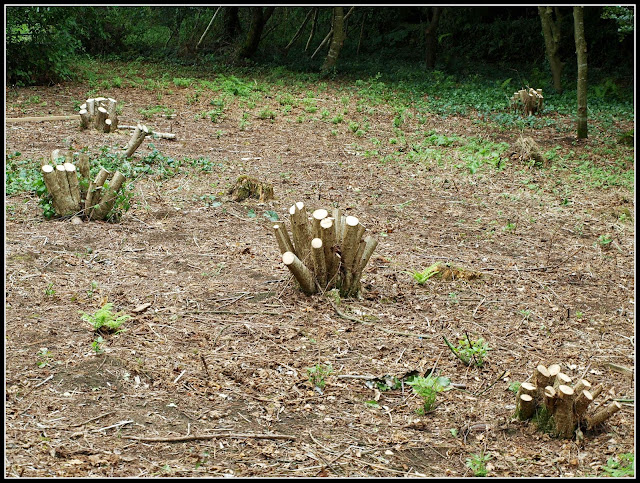 The severe pruning causes the trees to produce a multitude of slender straight new stems, which grow up quickly and can be "harvested" to make beanpoles after about three years, at which point the whole process begins again. 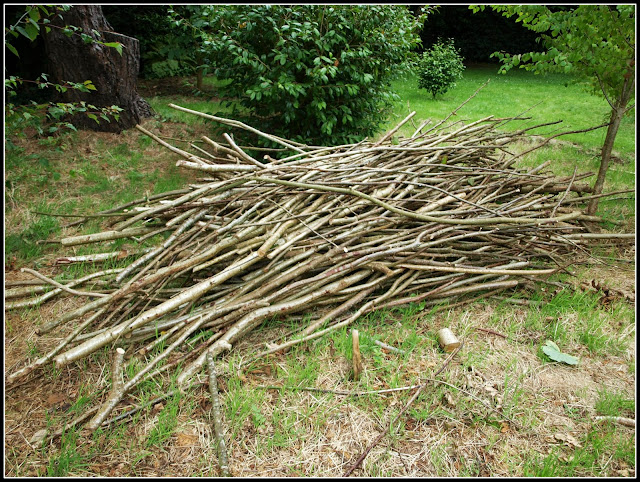 The Hazel poles can be used for other purposes too of course, such as making hurdles, stakes, fences etc. This website gives more information about the subject, along with details of some producers: http://coppice-products.co.uk/


P.S. I have been in touch with Gardman UK and they tell me that their Willow comes from China. Arrrgggh! So much for the environment-friendly option.
Posted by Mark Willis at 12:00