Time to plant out the Brassicas

Over the last few weeks my brassicas have been slowly (and I do mean slowly) growing away, sheltered in the mini-greenhouses at night and brought out into the fresh air in the morning (weather permitting!). 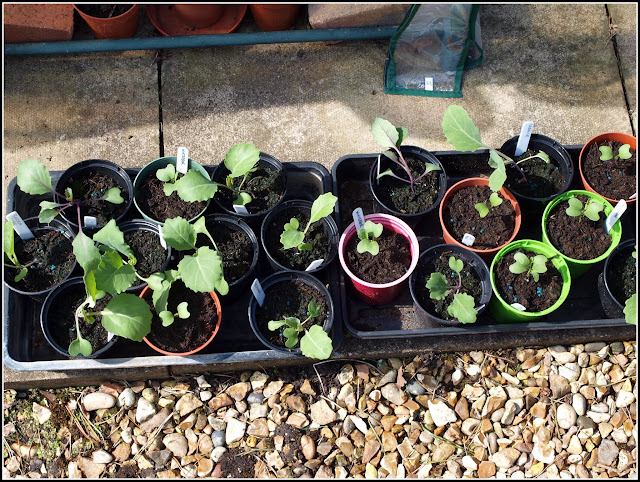 Brassicas are generally pretty hardy and will survive a few degrees of frost, but like most vegetable plants they would prefer warmer conditions - and especially shelter from strong winds. This is why mine spend the nights under cover. However, it's not a good idea to let them get too soft. They need "hardening-off" - in other words acclimatisation to a 100% outdoors life. A bit of a breeze is also good, because it causes the plants to become a bit "tougher".


Opinions vary about when a brassica plant is ready for planting-out, but everyone agrees that it must have at least one pair of proper leaves (i.e. excluding the cotyledons or seed-leaves), like this "January King" Cabbage: 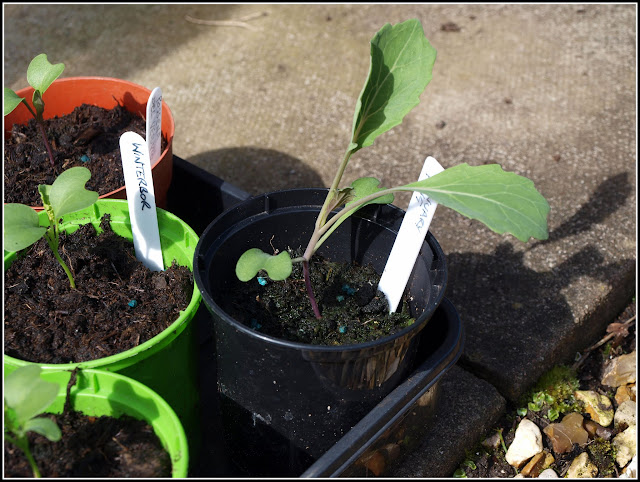 Most of mine now have at least two leaves, several of them more than that. I have two each of six different Cabbage varieties, two each of three different Brussels Sprouts, and four plants of "Winterbor" Curly Kale. In due course (next month) I will also start off some Purple Sprouting Broccoli. 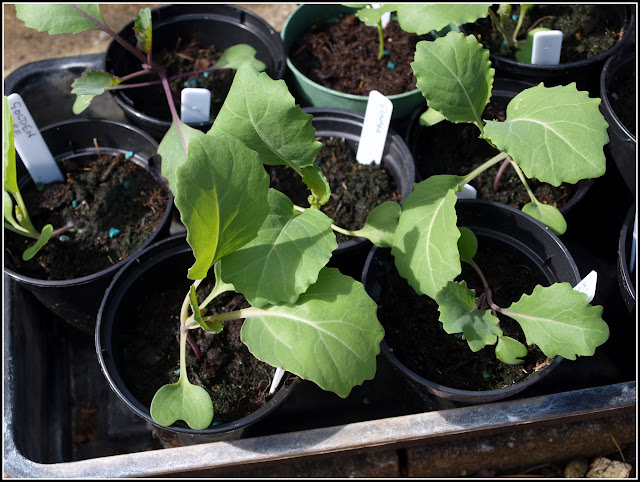 I have already planted out the biggest six of my seedlings, putting them in a raised bed that has had minimal preparation. Brassicas like firm soil, so I have definitely not dug this bed over. I have just raked off the debris accumulated over the Winter (twigs, leaves, moss etc) and sprinkled on a few handfuls of Growmore general-purpose fertiliser. 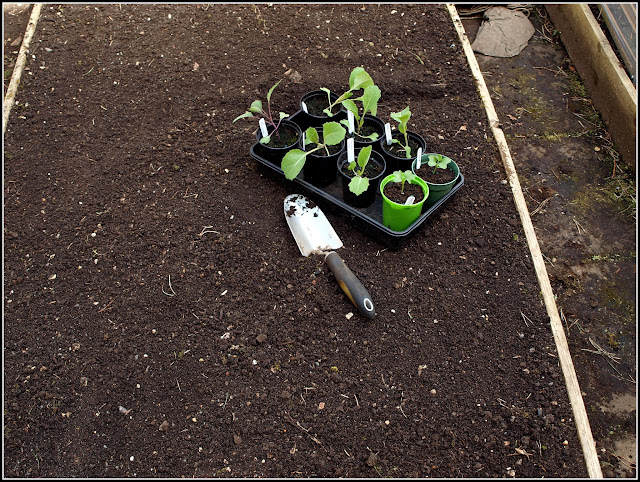 Being leafy vegetables, Brassicas enjoy a good dose of nitrogen, so I put a bit of pelleted chicken manure in the bottom of each planting-hole. 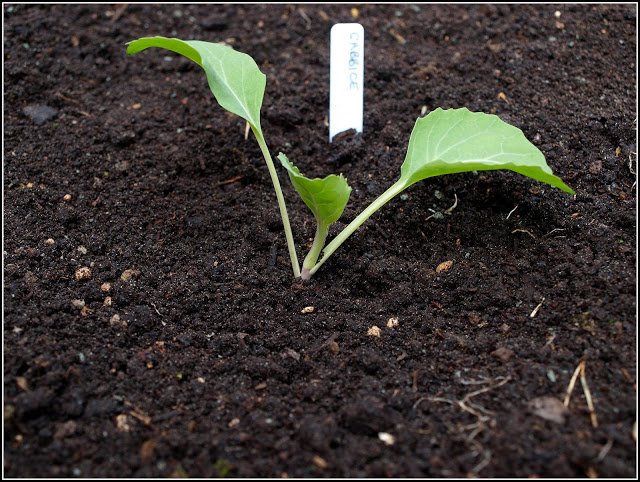 Notice that I have planted the seedlings very deep, such that the soil is up to the level of their lowest leaves. This will help with stability, and the submerged stems will probably produce more roots too, which will help with the take-up of nutrients.


After planting, I gave the seedlings a good drink of water to settle them into the soil, and then protected them with a "collar" made from scrap cardboard. 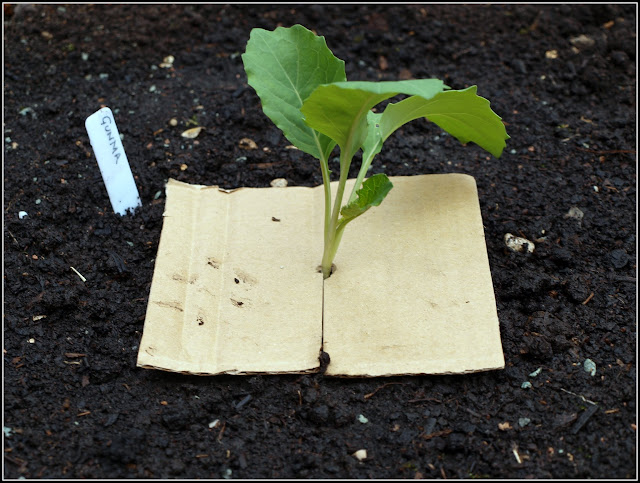 The purpose of this is to provide a physical barrier to stop Cabbage Root Flies laying their eggs near the Brassica plants - which they will do if given half a chance. Then a few slug-pellets, and the final layer of defence is one of the tunnel cloches, augmented by a few sticks, which will (maybe) keep them safe from badger damage until they are big enough to fend for themselves.


The "Winterbor" Kale didn't get planted this time. Since each plant only has one proper leaf so far, I judged them to be too small. 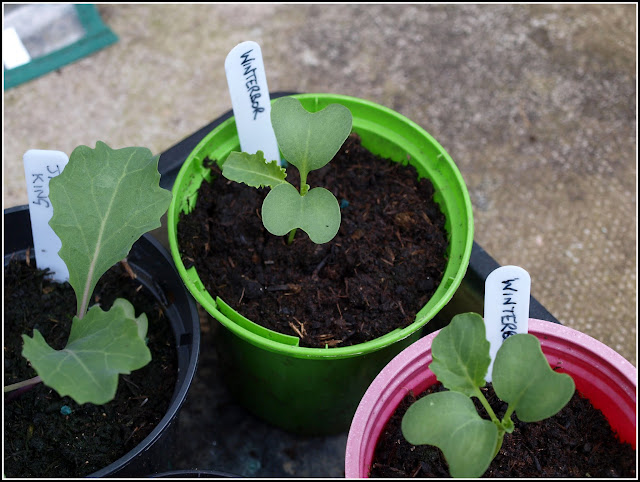