On Friday we went away to celebrate my retirement, staying the night in a super-posh hotel near East Grinstead, Sussex. It was not the sort of place we would normally stay, but (of course) Jane had won a night for two in any one of the hotels you can book via Best Loved Hotels, and we chose one which was not too far away. It turned out to be a really nice place. Despite its grandeur, the hotel was welcoming and the staff were very efficient and friendly without being obsequious. We were delighted to have been given a complimentary upgrade to a suite, situated in a part of the hotel with a lovely view over the grounds (aka golf course) towards a llama farm on the opposite hillside!


Yes, I know this not a llama, it's an alpaca, but it is an animal we saw on Friday! 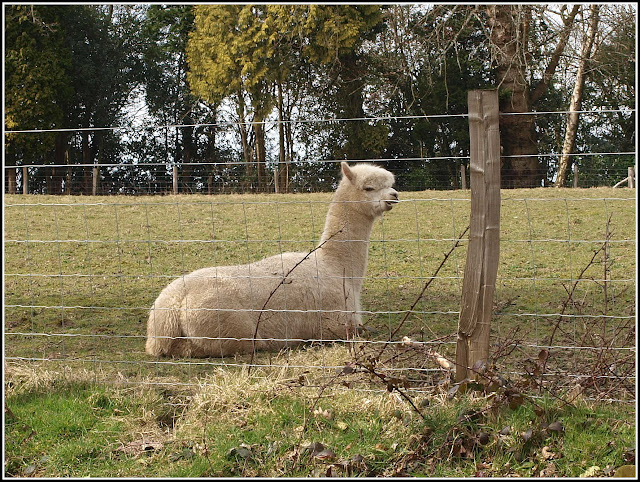 Dinner in the hotel restaurant was a most enjoyable experience too. The food was (as you would expect) delicious and immaculately presented, but also very light - not the usually cheffy stuff with everything smothered in loads of butter and cream. You'll be expecting me to describe the meal in detail, but surprisingly I'm not going to. I want to write about some of the places near the hotel that we visited.


Looking at the map it was hard to decide what to go and see, because there were just so many attractions nearby to choose from. Since we are National Trust members (and can therefore get into their properties for free), we started with a visit to Standen, described by the NT as "The Arts and Crafts family home and garden". As the name implies, this is a fairly small property by NT standards, not a huge stately home, and it was possible to imagine fairly normal people living there, as opposed to Dukes and Duchesses. The house is presented in a way that represents how it would have been in the 1920s when it was owned by the Beale family. One of the artefacts I liked best was a Family Tree showing the descent of the Beales from Oliver Cromwell. Jane, on the other hand, was most impressed by an exhibition by the Embroiderers' Guild, which is based around the typically English theme of landscapes and stately gardens. Even I could not fail to be impressed by this item in their exhibition...a miniature veg-plot. 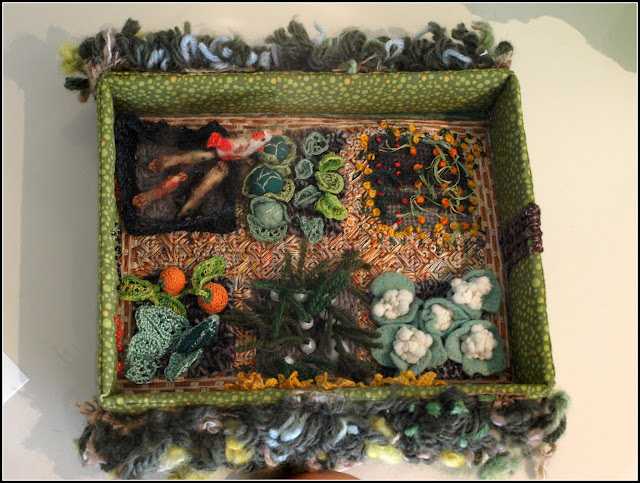 I particularly liked the intentional "double-entendre" in the way the piece was described! I'm sure that all gardeners with an interest in Elizabethan gardens (that's Elizabeth I not II), will recognize the term "knot garden", and of course "knotting" is also a way of describing some of the techniques used in this impressive piece of needlework. [It's about 30 x 20 cm]. 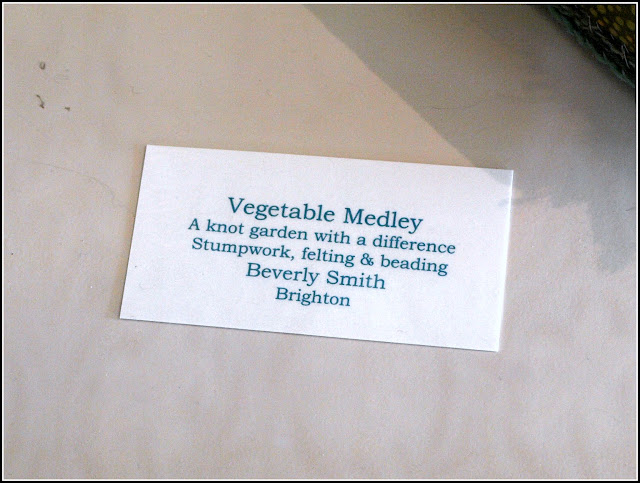 My photos are not very clear, because they were taken through the glass of the display cabinet, but I think you can still make out not only cauliflowers, onions, pumpkins etc, but also a small flock of chickens. 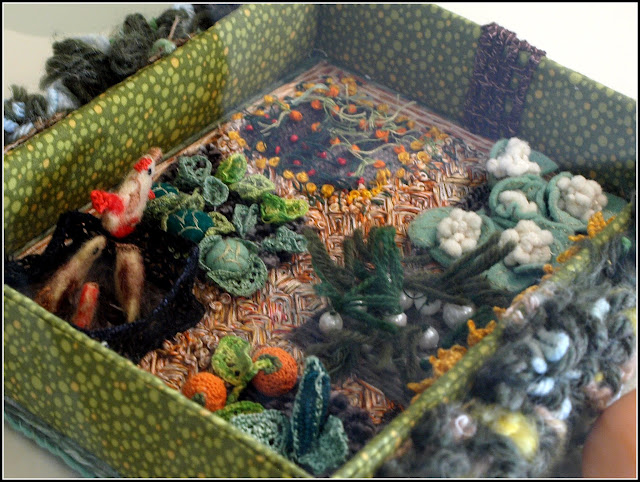 The real-life vegetable garden at Standen is quite a big feature of the property, but it was understandably fairly bare at this time of year. We also missed by about three weeks the chief feature of their Spring calendar - the display of over 8000 tulips. There were a few flowering, but mostly they were just in bud. I don't have many photos from Standen, because there wasn't much that was at its best, but this doesn't mean the place was not interesting, just that it will be better later in the year. However, I'm going to move on now to describe something else that was "just our sort of thing"...


Some of you probably know that we are very keen on pottery and ceramics. We often buy a piece as a souvenir of a visit or a holiday, so it shouldn't surprise you to hear that we bought a new piece this weekend. We had seen a place in Forest Row (near East Grinstead) that sells hand-painted pottery imported from Poland (yes, not very Sussex-ey, I know). It is called Country Traditionals. Well, what can I say? If you like blue pottery, this is the place for you! Everything was in blue. Fortunately, we do like blue pottery, and it was hard not to go completely overboard and spend a fortune. In the end we bought two pieces, one for us, and one as a gift for someone else. This is ours: 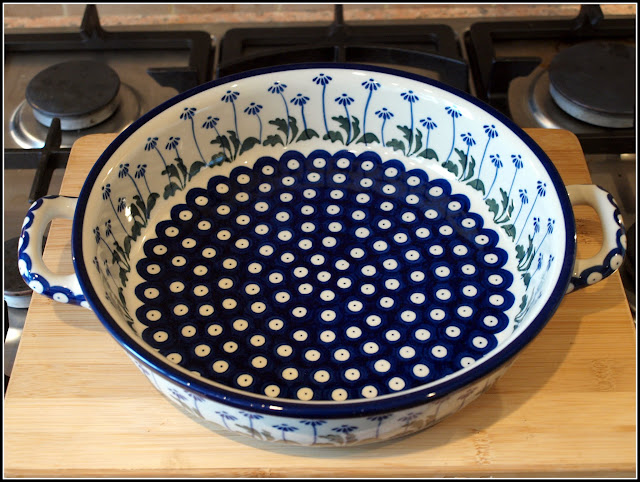 It was described as a "Round Casserole with handles, Large". It has a diameter of 10" / 25cm. It's not really what I would call a casserole - more of a baking dish / gratin dish - but we love it anyway. expect to see photos of it in use soon! 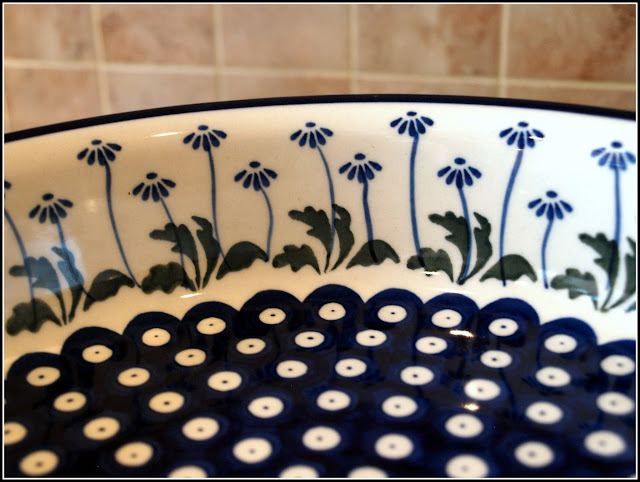 This post is long enough already, so I'm going to stop now. Tomorrow I will post about another beautiful NT garden we visited, but you'll have to wait and see which it was...


Thank you. In finishing today, I would like to thank all my readers who left me Best Wishes for my retirement. It has been really very nice to feel that so many of you actually do care!
Posted by Mark Willis at 12:00