I am aware that many of my readers will know this already, but a cucumber plant normally produces flowers of both male and female sexes. Some varieties have been "engineered" to produce only female flowers ---- allegedly. One such variety is "Diva". A major seed merchant here in the UK specifically says of it "Cucumber 'Diva' is all female flowering,..." but I beg to differ. Here is my evidence.


This is a female flower, because you can see the little fruit behind the flower: 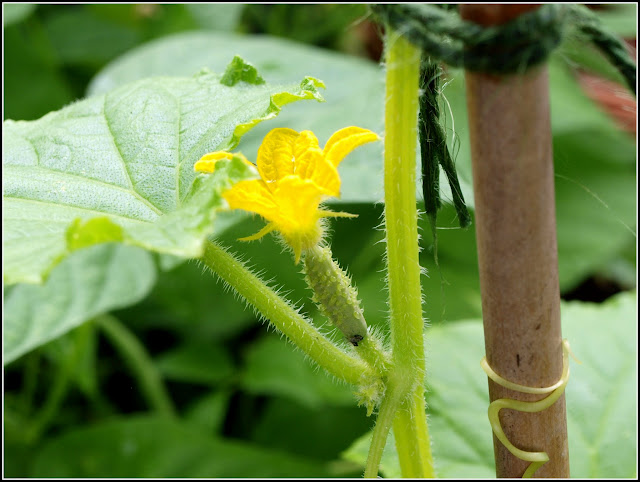 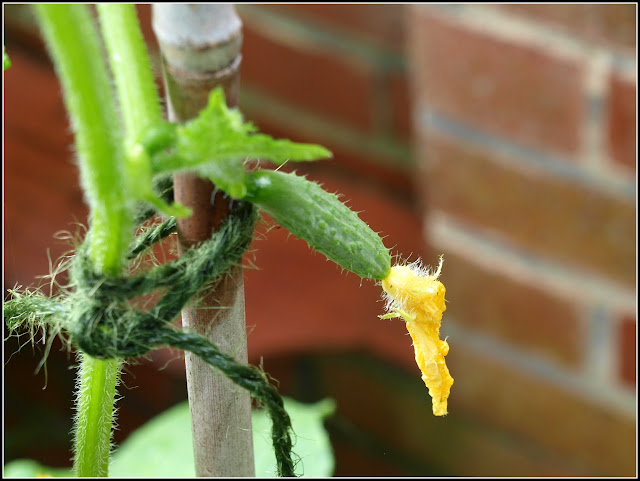 So far, so good, but these flowers are also on the same "Diva" plant, and they look like males to me. 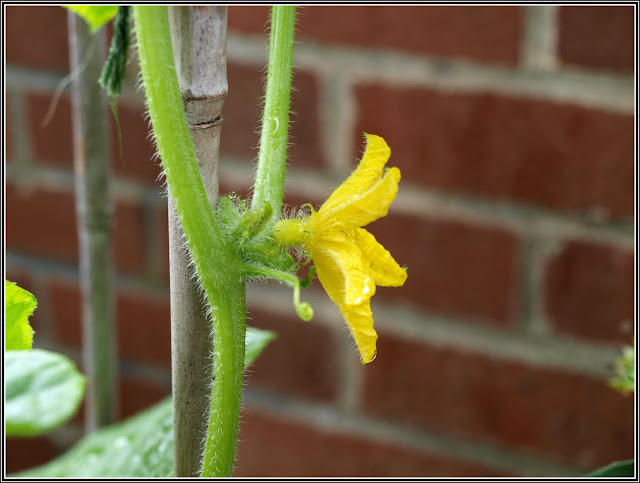 There is definitely no embryonic fruit behind these ones. 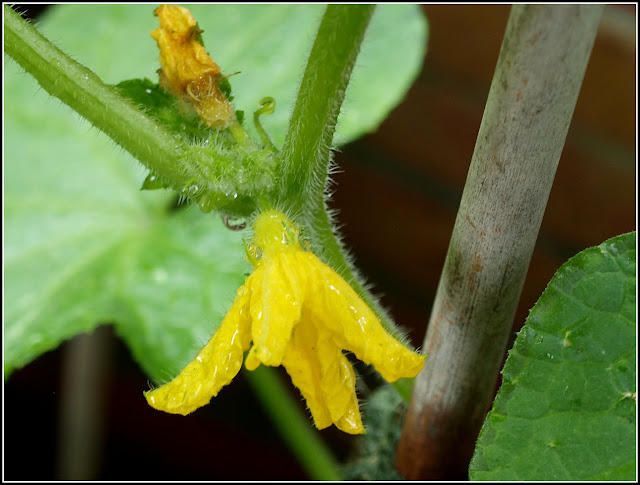 Looking closely at the plant in question, I see that males and females are in roughly equal proportions, which seems OK in general, but how does it square with the "All female" claim? And if a plant produces all female flowers, how does it bear fruit anyway? I'm going to have to look this one up....!


I wrote yesterday about Runner Beans setting poorly. Well, much the same is happening with my cucumbers. So far this year I have only picked two cucumber fruits, though normally I would have expected perhaps a dozen. None of the Cucamelons have set yet either, though I haven't given up hope of those because the plants look pretty vigorous.
Posted by Mark Willis at 12:00