Moving the PSB to the next stage

My Purple Sprouting Broccoli plants are getting quite big now, and beginning to be top-heavy. In the gale-force wind we had last weekend they were swaying to and fro like crazy, so I decided they needed to be staked before they came to any harm. I also decided that since my "Winterbor" Kale was not going to get used, it might as well go, so I have pulled up the plants and disposed of them. The PSB will be glad of this because it will allow them to get more light. 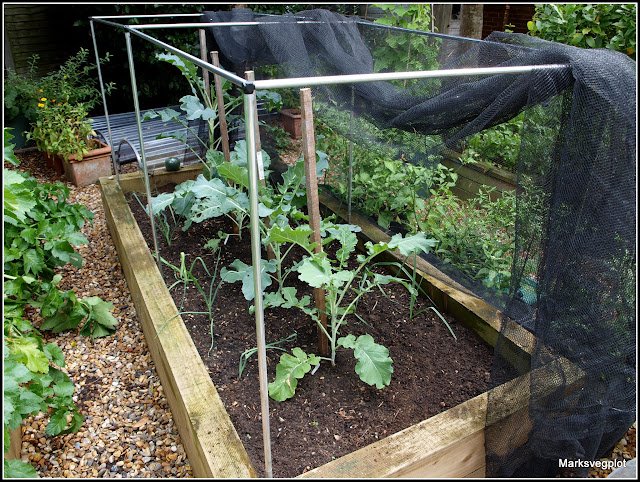 I have given each PSB plant a sturdy 4-foot hardwood stake, which I hammered well into the soil with a heavy hammer to make sure they are secure. I tied the plants very loosely to the stakes, using several turns of soft string. The idea is to provide stability in strong winds without restricting the plants' growth. 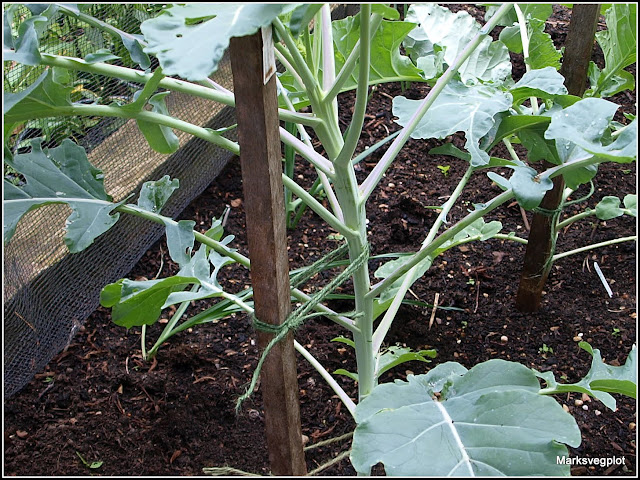 Since I had the netting rolled back to facilitate the putting-in of the stakes, I took the opportunity to weed the bed and to give the PSB a dose of general-purpose plant food (liquid Growmore in this case). 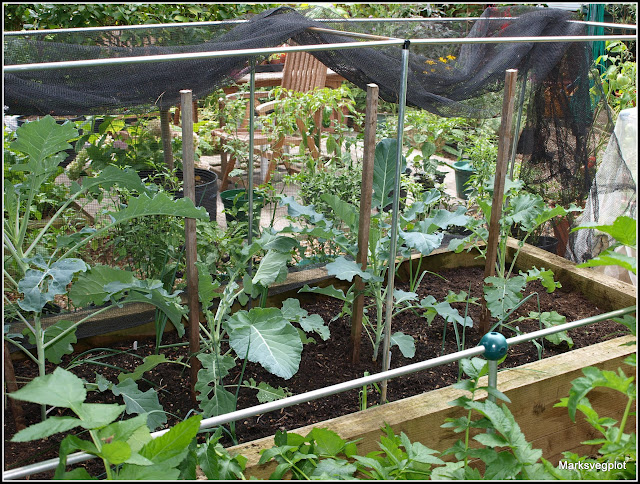 As soon as I had finished the job the netting went back on, because there are still quite a few white butterflies around - though all the other varieties are conspicuous by their absence. I noticed a few Whitefly lurking under the leaves of the PSB, so sometime soon I will need to spray them with washing-up liquid like I did with the Brussels Sprouts the other day.


In my photos you can see the Leeks along the edges of the PSB bed. I don't know whether they will be any good - they may perhaps be too shaded - but it's always worth a try, to maximise the yield from a small space. The ones between the rows of Parsnips have been completely swamped, and I don't expect them to be worth having. 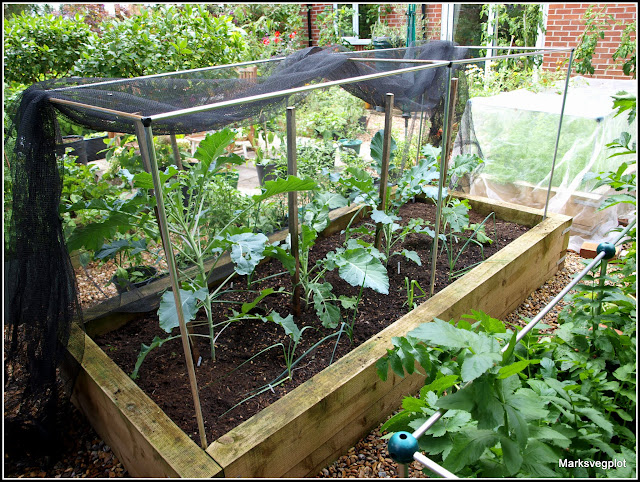 Incidentally, I didn't need to use any of the spare PSB plants that I raised. Most of them were eventually given away to a friend and the last remaining one went in the compost bin last Sunday. My "insurance" paid off.
Posted by Mark Willis at 12:00