The tomatoes are rolling in now. Earlier in the year I thought I was going to lose the lot, what with compost contamination, blight and BER, but in fact many of them have made it to maturity after all. In terms of numbers, the little cherry toms are the most numerous, though weight for weight they can't compare to the Beefsteaks.


I've not been weighing the tomatoes. It's too much of a chore when I pick them little and often! Suffice it to say that we have reached the stage where I feel justified in dehydrating some, which I only do if we have LOTS.


The bigger types of tomato have also been ripening: 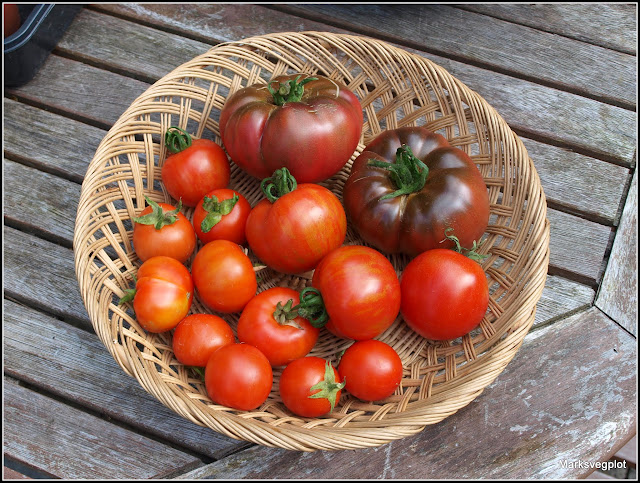 In the next photo the two big, dark-coloured ones are "Cherokee Purple" (L) and "Black from Tula" (R). Also seen are a couple of stripey "Tigerella", one "Stupice" and a few of the little "Maskotkas" creeping into the shot. 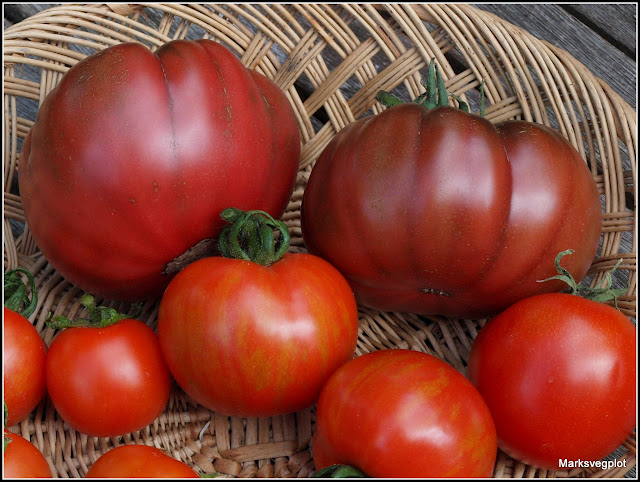 More beans, both Runner and French: 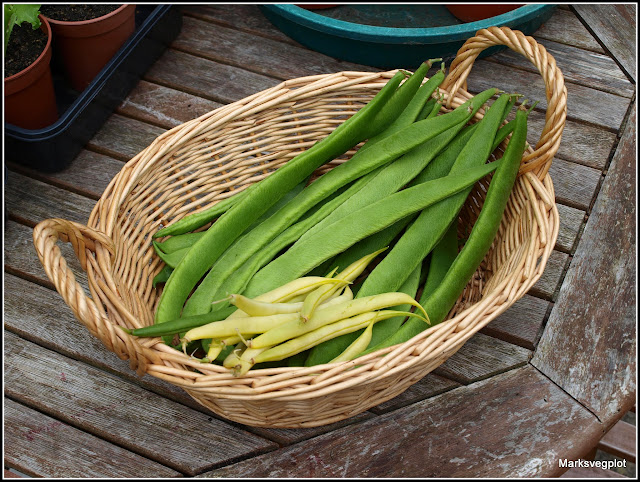 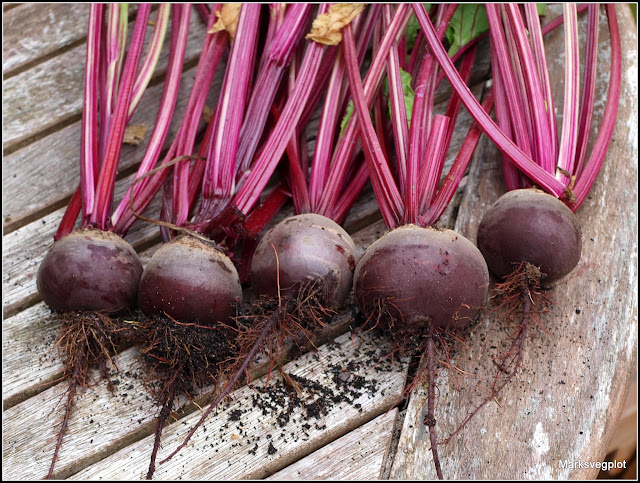 The first of the "Pink Fir Apple" potatoes (890g), the yield from one seed-tuber grown in a 25-litre pot. 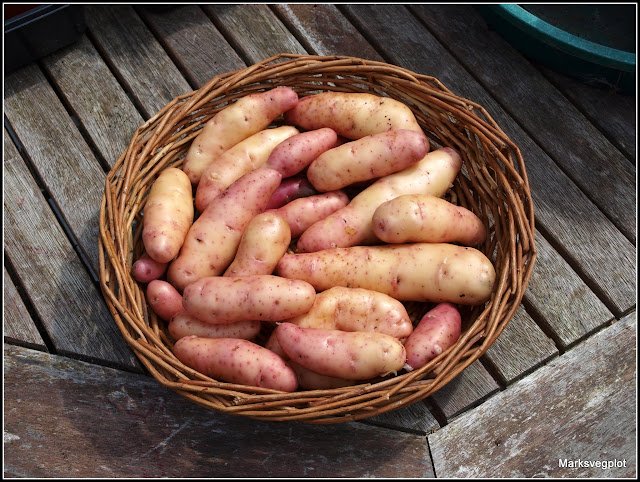 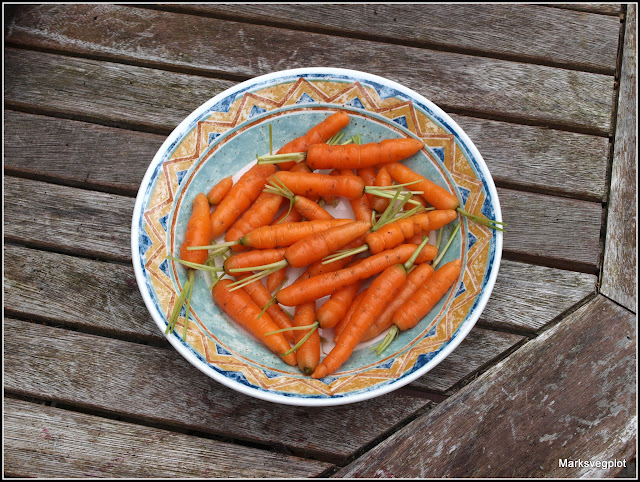 What about this? My first (maybe only) Pepper of the year. 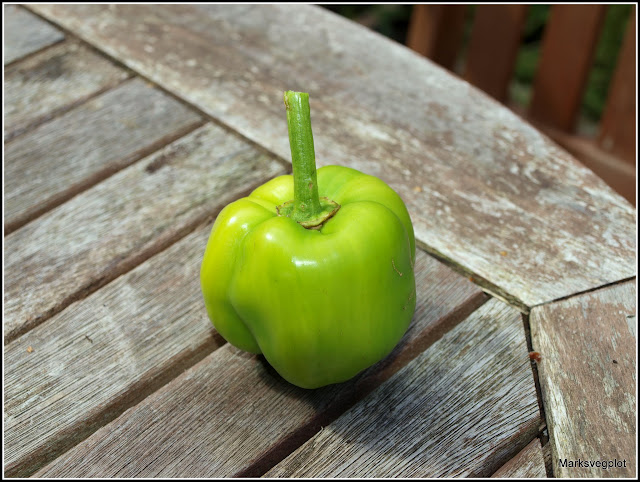 It is one of the little "Turkish Bell Pepper" ones, as I call them. Unfortunately most of the fruits have gone soft and blackened before maturity, probably as a result of our poor weather, but I managed to save this one. I don't like Peppers of this type, and Jane prefers them green. If you leave them to ripen they eventually turn red though.


After barren period in which they produced mainly male flowers, my "Diva" and "Passandra" Cucumber plants have started producing fruits now. I picked the first one of the "Divas" at the weekend, and there is a "Passandra" nearly ready.


That's my harvests for the week. I'm linking my post to Harvest Monday, hosted as ever by Dave at Our Happy Acres.
Posted by Mark Willis at 11:00