Over the last few years, I have had a lot of trouble with Whitefly on my brassicas. They establish colonies on the undersides of the big plants (their favourite seems to be Brussels Sprouts), from where their excretions (euphemistically referred to as Honeydew) falls onto the upper surfaces of the leaves below. The sticky Honeydew is an ideal medium for the growth of fungi and mildew such as Sooty Mould. Not only does this mould look unsightly, but it also inhibits the growth of the host plant. This year I am going to redouble my efforts to prevent serious Whitefly infestations! 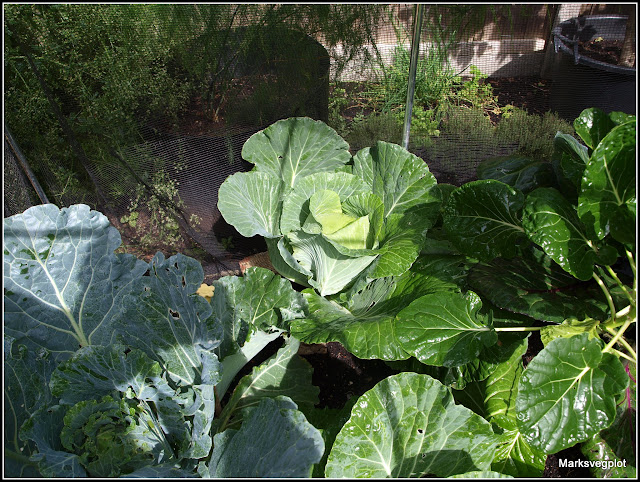 At present, my brassicas are looking pretty good, with no caterpillar damage and very little slug/snail damage, but there is no room for complacency. Yesterday I temporarily removed their netting to do a bit of maintenance such as removing dead leaves, and as I brushed against the plants a few Whitefly flew up. Time to launch a pre-emptive strike!

I made up a spray-bottle of very dilute washing-up liquid (being very careful to use the MILD version!), and gave the plants a very thorough spraying. Here they are, looking nice and shiny after their shower...


The theory is that the soapy washing-up liquid will stick to the insects and effectively drown them by inhibiting their ability to breathe. Whether it will work, only time will tell. Right now the Brussels Sprouts look very much as I would wish! 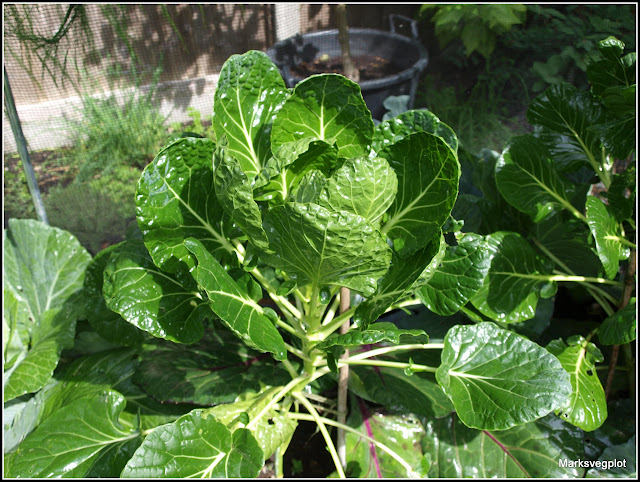 Meanwhile, have a look at these:-


I have two of those "Gunma" cabbages. They are already huge and heavy but they are still getting bigger.


I also have two "Ruby Perfection" Red Cabbages, which are looking very promising. I associate Red Cabbage very firmly with Autumn, so I'm hoping mine won't mature too early. Spiced braised Red Cabbage cooked with apple is a real favourite of ours, but it's definitely a cold weather dish. 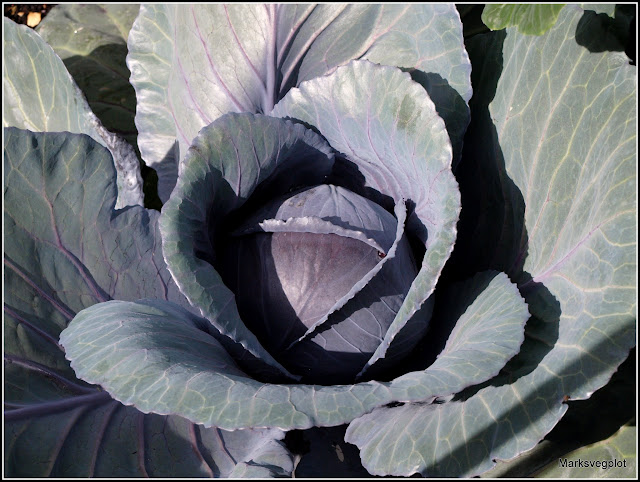 These too are big plants, as this next photo hopefully demonstrates. 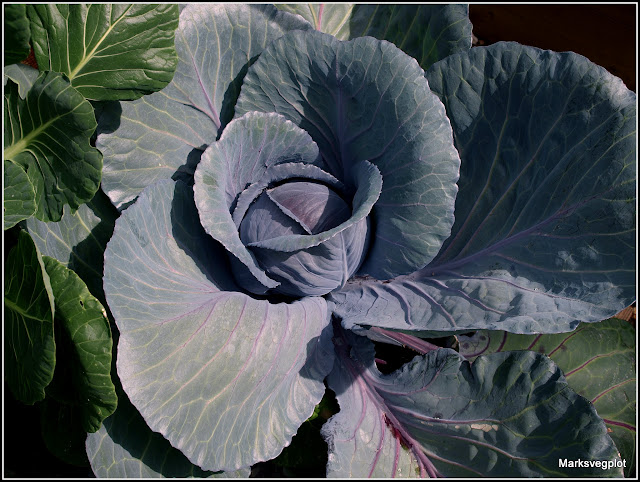 Very difficult to photograph too, on account of their shiny leaves!


Since I have written about a possible remedy for Whitefly, I thought some readers might like to visit this website ---- Getridofthings.com
Posted by Mark Willis at 12:00