The Runners have been a bit slow off the mark this year. Lots of the early flowers did not set. 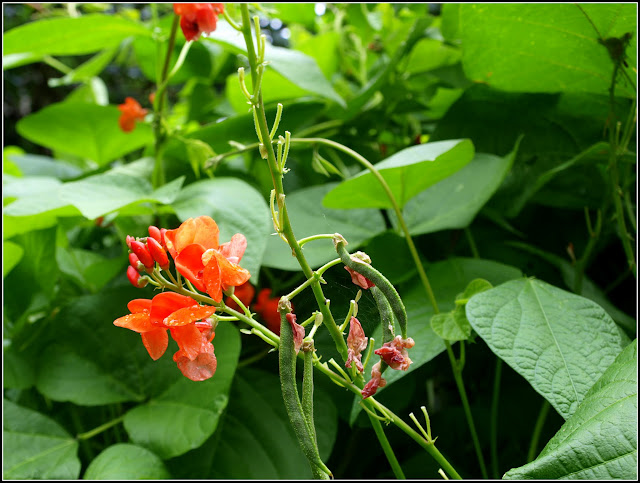 Many of the flower-stalks look like this - just the odd one or two pods, and lots of empty stalks: 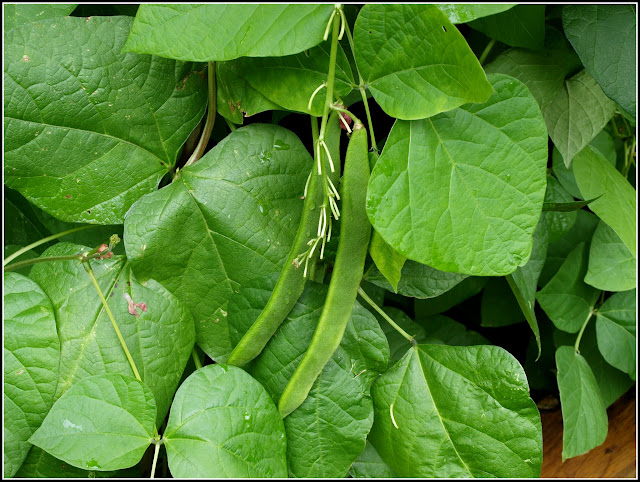 A few of them are completely bare: 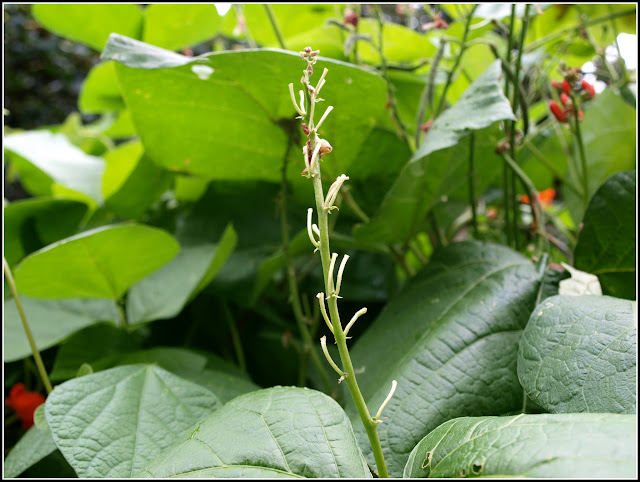 Opinions about the cause of this vary a lot. Some people blame a scarcity of bees to pollinate the flowers; others believe that hot dry weather and insufficient moisture in the soil is the cause. I don't know, but the effect is clear - I have had a lot less beans than I would have liked (and expected). Insufficient moisture is unlikely to be the cause in my case, because I have been very careful to ensure the soil in the bean-bed is kept adequately watered.

The pods I have harvested so far are mostly "Streamline" ones. Up till now the "Tenderstar" plants have only produced about 3 pods big enough to pick. 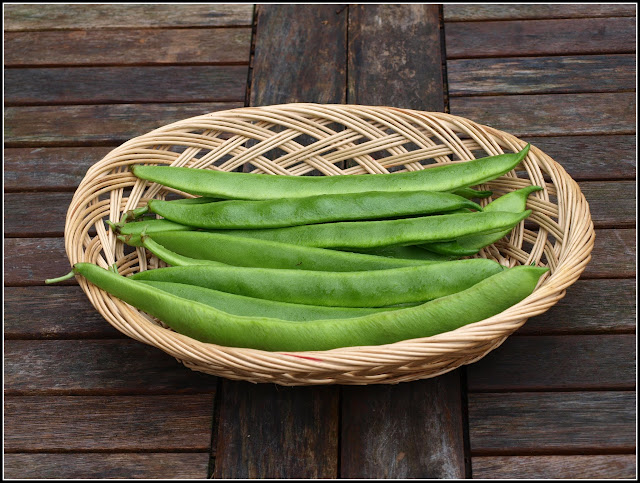 Even the "Streamline" pods are not exactly prize specimens. They are mostly somewhere between six and eight inches long, which is not so special for Runners. It's not as if I'm picking them too young either - as you can see in the photo below they are definitely mature - you can clearly see the beans inside the pods. 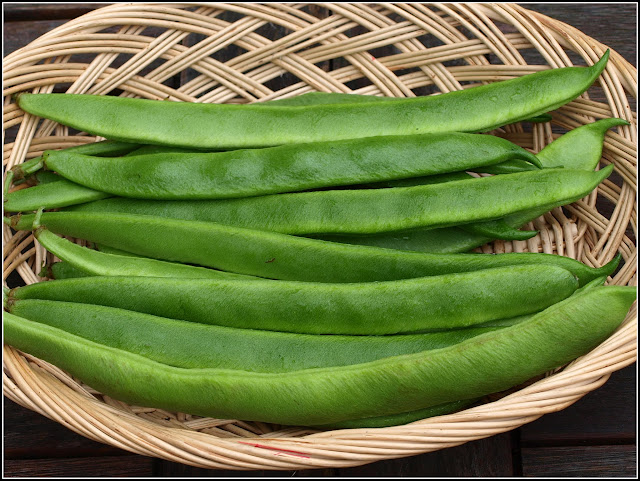 Many of the "Tenderstar" pods are short and curved, instead of being long and straight: 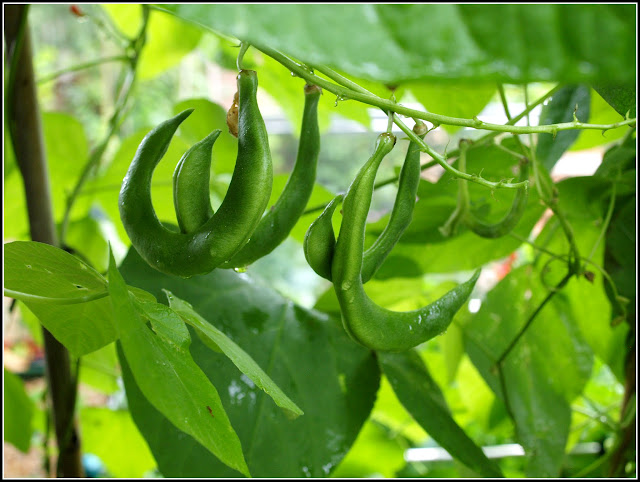 I often get a few pods like this at the end of the season, but not in the height of Summer! Does anyone have an explanation of why my beans are like this?

I'm hopeful that the situation may improve a bit in the not-too-distant future, because we have had some rain now and the beans can certainly not justifiably complain about being hot and dry - the temperature has been about 18 or 19 max! Furthermore, I have lots more flowers opening on other plants too, and the visit-rate for bees, particularly honey-bees, has gone up dramatically. Having said that, it's mostly Bumble Bees that pollinate beans, isn't it...?
Posted by Mark Willis at 16:00