If ever there was a potato variety with character, "Pink Fir Apple" is it. Its knobbly shape defies all the conventions on how a potato should look; some would call it ugly; to others it is just quirky. 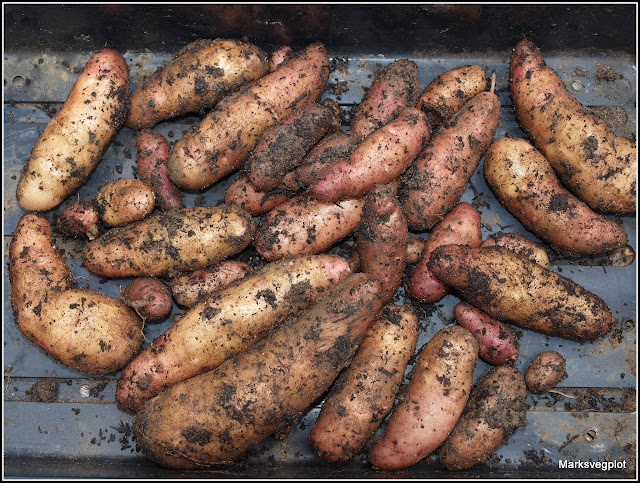 The variety was originally bred in France, and was first marketed in 1850. Since then it has remained a firm favourite amongst potato connoisseurs on account of its delicious nutty flavour. It is Maincrop variety, with long, knobbly, pink-skinned tubers with creamy, firm, waxy flesh. I have been growing it for many years and I have found that it is quite variable in shape and colour. Sometimes it comes out very pale; other times it can be quite dark-coloured. As the photos in this post will show, the tubers can also be quite smooth rather than knobbly.


Just like my other potatoes, my Pink Fir Apples have been grown in big plastic pots filled with mix of soil and compost. Their containers are slightly smaller than the 35-litre ones I have used for the other varieties. I think their capacity must be about 25 litres. The significance of this is that I judged them big enough to take only one seed-tuber each, whilst the 35-litre containers can accommodate two. They were planted on 6th April, and the first pot was lifted on 18th August. There are three more to follow. No special care is needed - just make sure you water the pots frequently and thoroughly. 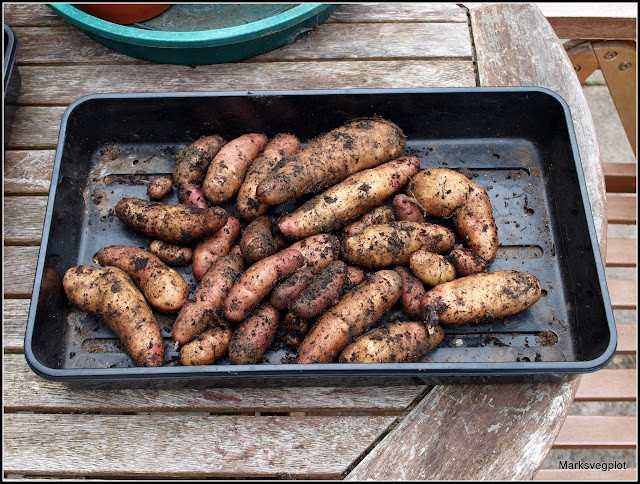 As you can see when the tubers have been washed, they are hardly knobbly at all - more sausage-shaped. Some of them are quite dark pink too. 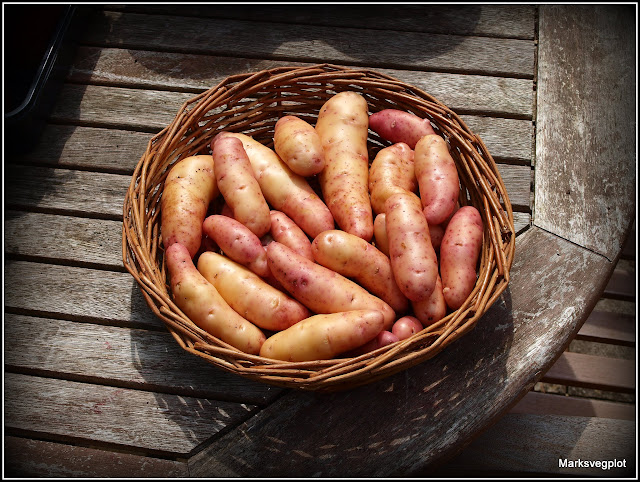 The flesh of the Pink Fir Apple is much denser than that of Early "new" potatoes, and is thus more filling when eaten, meaning that portion size can be smaller. This batch of 890g will probably feed the two of us for three meals. 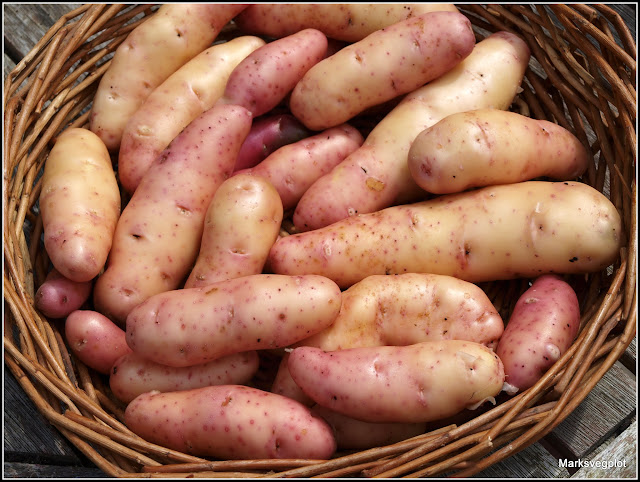 Being a Maincrop variety, Pink Fir Apple will in theory keep for ages, but in our household it never gets the chance because we like it so much that it gets eaten very soon after harvesting!
Posted by Mark Willis at 12:00