First harvest of the week this time, on Tuesday, was another batch (400g) of Runner Beans:


This batch is comprised mainly of "Streamline" beans. The other variety, "Tenderstar", has only produced 2 or 3 pods so far.

Also on Tuesday I picked a little batch of baby Carrots. These are the so-called "Cocktail" or "Finger" type. The variety is "Amsterdam Forcing 3". They are the ones I have been growing in a raised wooden planter outside our kitchen window. 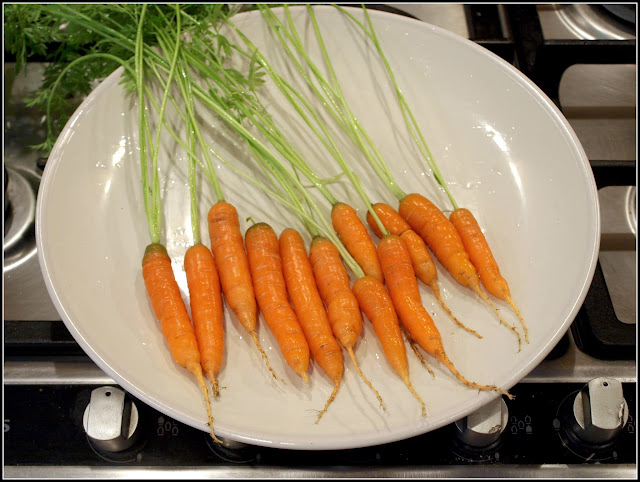 In our house, carrots like this seldom get cooked. After topping and tailing and a good scrub, they are eaten raw, as a pre-dinner nibble. 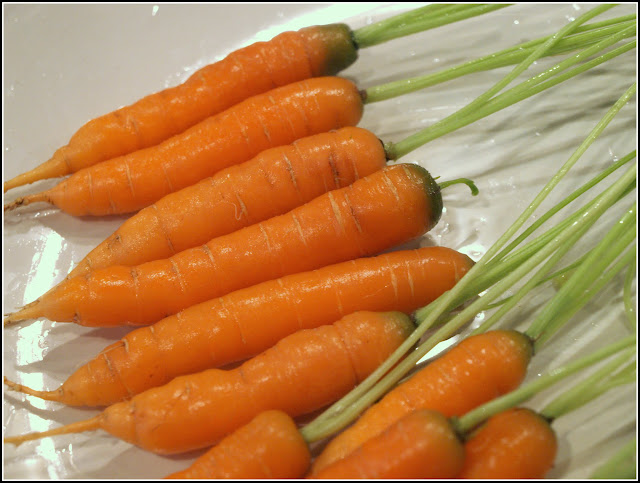 I'm picking Spring Onions little and often now. This particular batch went into a Chinese-style stir-fried dish which we call "Marudi Pork". I have mentioned before, in a post HERE. 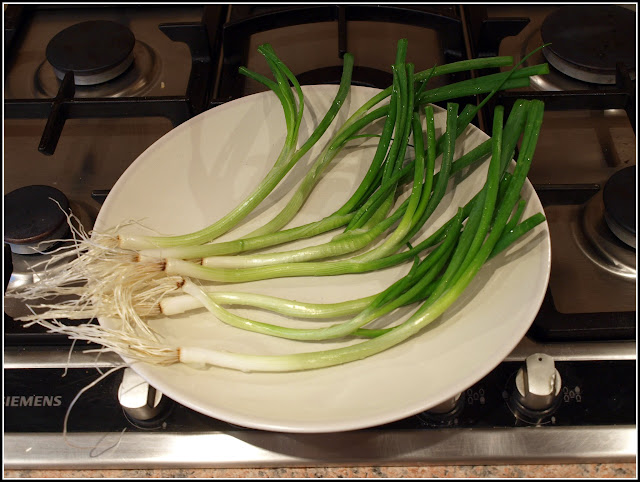 On Wednesday I picked the first of my yellow beans. These are ones of the variety "Berggoud" aka "Berggold", grown from seeds kindly sent to me by a friend in the Netherlands. The plants are growing in one of the big black plastic pots. 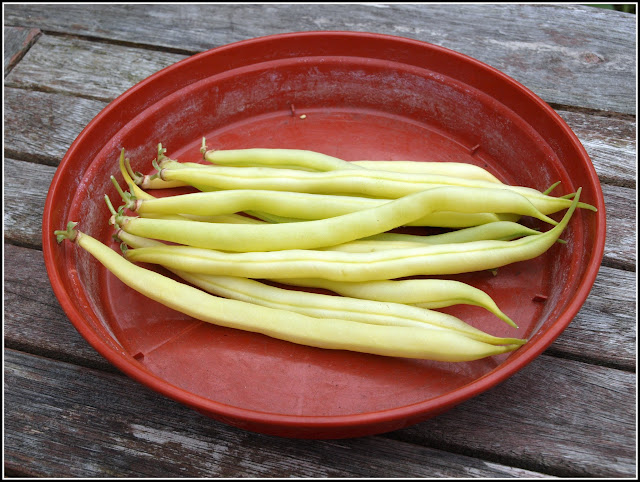 I also harvested another pot of potatoes. These are "Maxine", a Second Early variety: 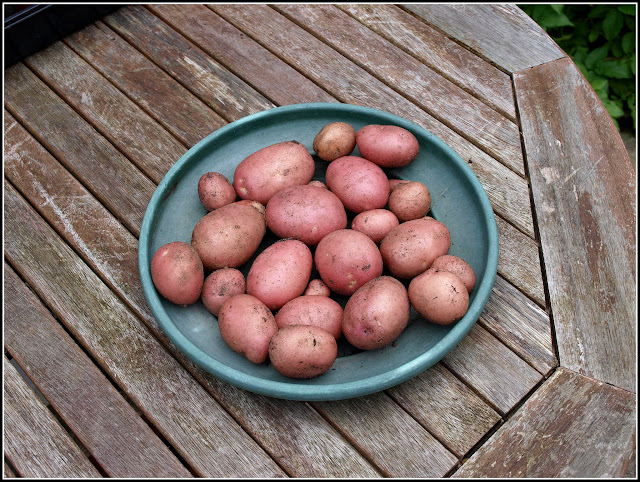 The yield from two seed-tubers in one 35-litre pot was just over 900g. There were a couple of tiddlers, but most of the tubers are a very good size - about as big as a hen's egg, which is reckoned to be the ideal size for a "new" potato. They are also lovely and clean, with no scabs or blemishes. 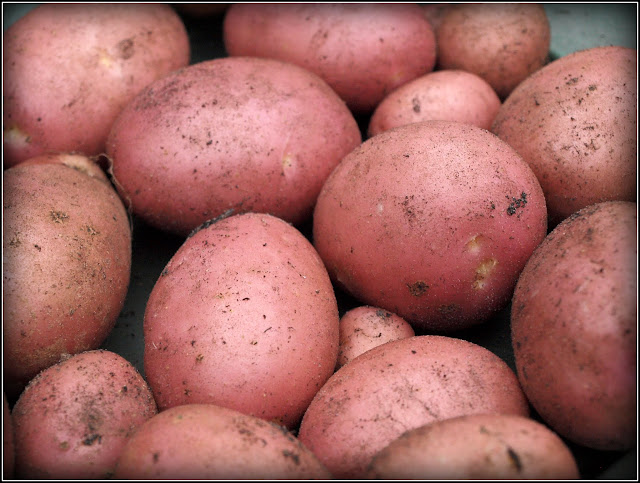 I also got these: 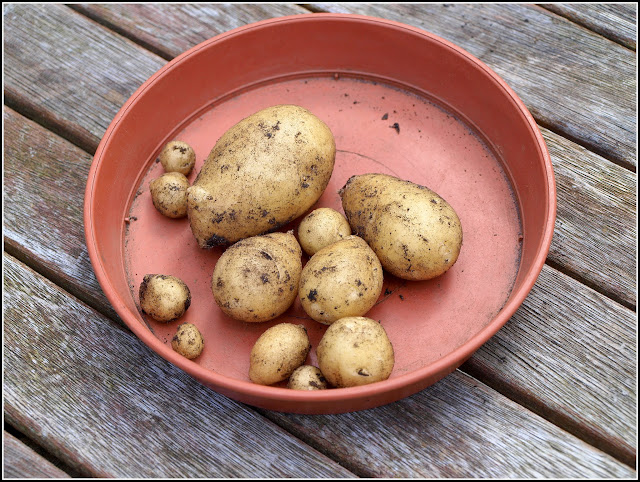 These are from the "Lady Christl" plants that I re-planted after harvesting a couple of months ago. I won't be repeating the experiment, because the second yield is far too sparse to justify the use of a pot. My photo doesn't really make this obvious, but those potatoes are tiny. Only the four biggest were worth using, and only one was of hen's egg proportions. They wouldn't have got any bigger, because the haulm (foliage) had died down completely.


During the week I also pulled up a few more carrots to go with a roast chicken meal. This time I took some of the "Norwich" variety. Of the four roots I pulled, three were very regular, but one was definitely not! 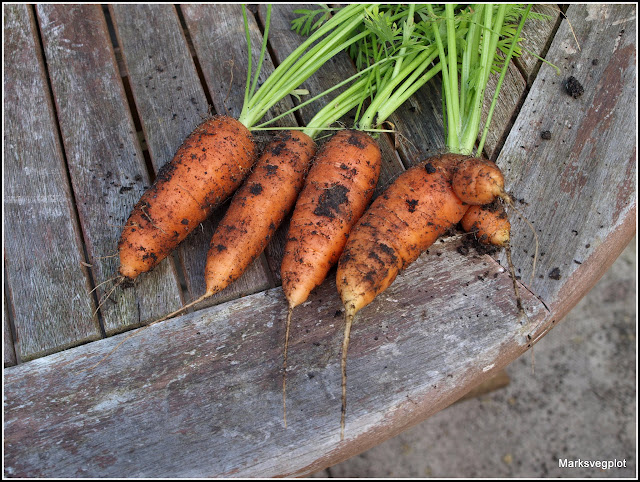 They were lovely carrots - firm, crunchy, tasty, and with no damage at all. The Enviromesh has done its thing brilliantly again.

I got some tomatoes too: 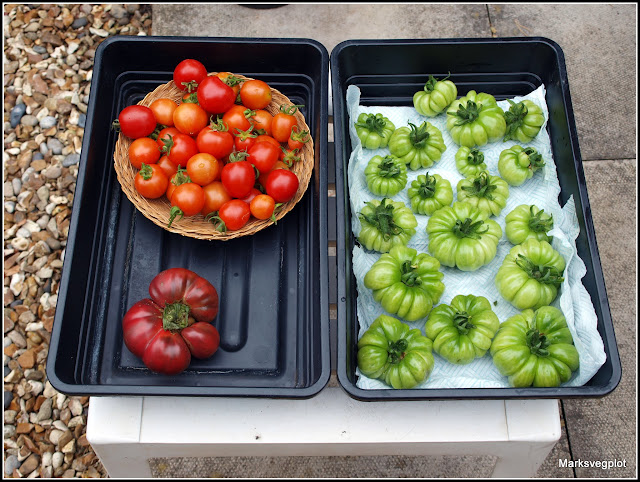 The big one is the first of the "Cherokee Purple". Not pretty, but very tasty. 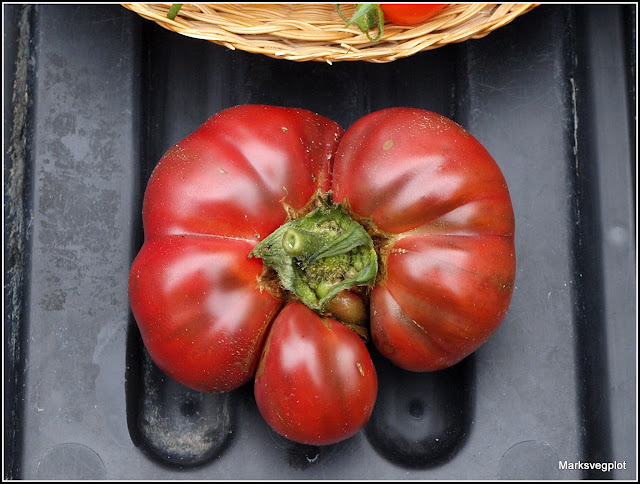 The basket of small red tomatoes is representative of my harvest, because it gets topped-up as and when fruits ripen. I have been picking some of the fruit a bit under-ripe, for ripening indoors, to lessen the risk of losing them to blight. 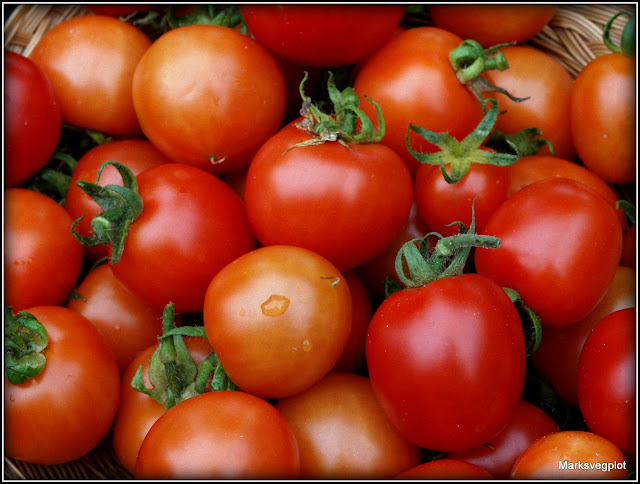 The green ones are "Costoluto Fiorentino". They are not ripe, but their plant was severely infected with blight, so I picked of all the fruit of any significant size, in the hope that some of them will eventually ripen.


Well, that's my harvest for the week (I'm not showing Lettuce or Baby Leaf Salad any more, but I am still picking it!). Why not head across to Dave's blog Our Happy Acres, and see what other gardeners have contributed to Harvest Monday?