Runner Beans - a contrast in styles

Like most gardeners and allotmenteers in the UK I grow some Runner Beans every year. In fact, I'd probably go so far as to say that they are THE most popular crop in our gardens. You see them everywhere. Amongst their chief virtues are the fact that they are relatively easy to grow (as long as you can provide slug-protection in their early days), and they provide a good yield from a relatively small space (because they grow mostly upwards rather than sideways). 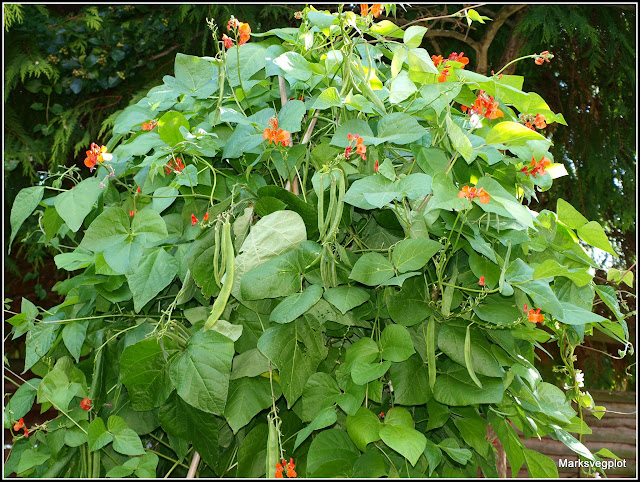 Over the years I have tried a number of different Runner Bean varieties, including the white-flowered and bicoloured ones, but my favourites are still the good old-fashioned "Scarlet Runner" types like "Scarlet Emperor" (or its descendant "Scarlet Empire", which is even better), "Aintree" and "Red Rum". Last year I grew "Enorma", which was good too.

This year I have two types, "Streamline" and "Tenderstar". The former is a traditional red-flowered type, and the reason I'm growing it is that these were the ones available in large quantities at a good price at the Potato Day I attended in February. I bought a half-pint of them (about 200 seeds), which I shared with my daughter Emma. The other type was provided for me FOC by Marshalls, for review.

"Streamline" had a bad start. Many of its early flowers did not set. It's improved since then, and pods are beginning to form in bigger numbers. 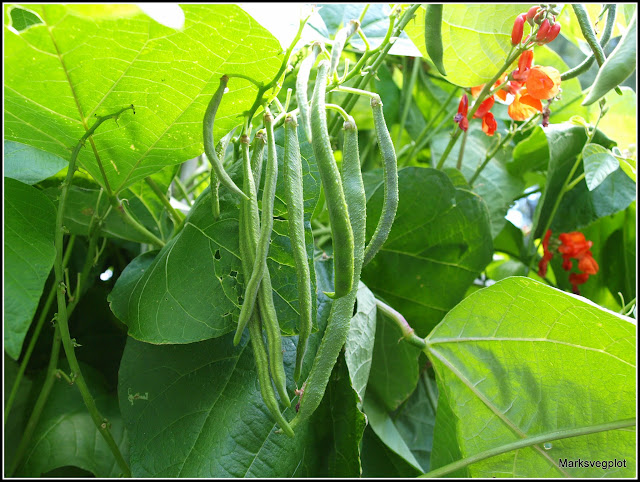 Compared with other varieties I have had - such as the aptly-named "Emorma" last year - the mature pods are not big. They are mostly about 20 - 25cms long. (The chopping-board in my next photo is 33cm long).

The pods are nice and tender though, and slice easily. The beans inside are pink, with dark grey streaks. Their flavour is pleasantly robust.

"Tenderstar" is completely different. For a start, this is a variety that has been bred from both Runner beans and French beans, and allegedly has the best characteristics of both (e.g. the ability to set pods without bee-pollination). The flowers are bi-coloured, red with a pinkish white. 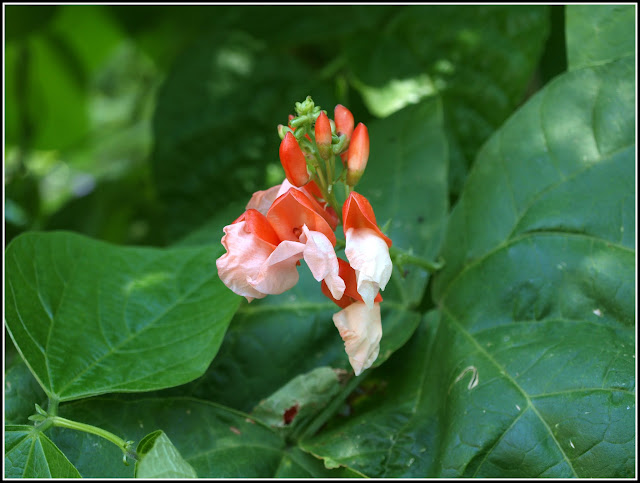 Initially I was unsure when to pick the "Tenderstar" pods. They didn't look big enough to be fully mature. Then I saw them swelling, with the beans clearly visible inside the pods. This worried me because normally when the beans become so prominent it means they are over-mature and the pods will be tough and unpleasant. So I picked some and tried them, rather apprehensively. I was pleasantly surprised. They sliced easily and the pods were succulent and tender. The beans inside (white) were big, but not tough at all. The flavour is milder - more subtle - than that of the traditional Runner types.


I'm a little concerned about the yield from "Tenderstar" though. So far they have produced far fewer pods than "Streamline", and the plants are nowhere near as vigorous - in fact (unsurprisingly) they look very much like Climbing French Bean plants! The season is far from finished though, and they might have a late surge. 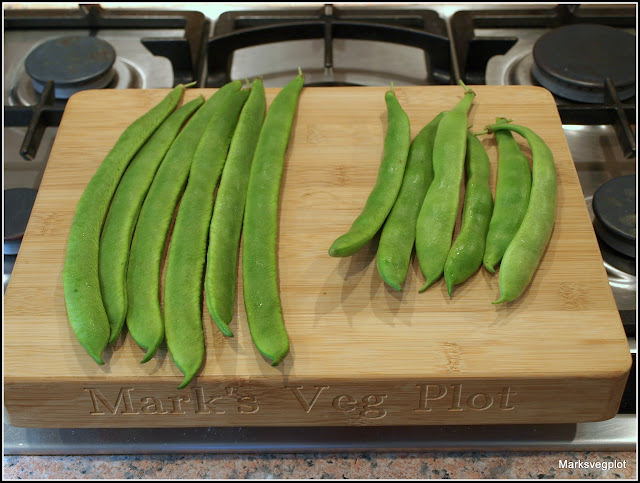 On present evidence I don't think I will be growing "Tenderstar" again though. Call me old-fashioned if you like, but I still prefer the traditional Scarlet Runners!
Posted by Mark Willis at 12:00