Wouldn't it be nice if you could count on the weather to be good when it needs to be good? Or at least to be predictable so that you could aim off for it. Well, it isn't, and right now I'm doing what most other gardeners are probably also doing - worrying about whether their crops are going to mature before the Summer finishes. I have done my fair share of grumbling about the weather this year, but I have to admit that over the last two or three weeks we have had a decent amount of sunshine. Nevertheless, I am doing whatever I can to speed-up my crops.


Some of my chilli plants have been "Placed in Special Measures" because they are still way behind their siblings and unless I'm very lucky will not produce fruit this year. I move this little group of four plants at least twice a day, putting them in the place which is currently in the most sunshine. This ability to move them round is one of the chief benefits of growing chillis in pots. 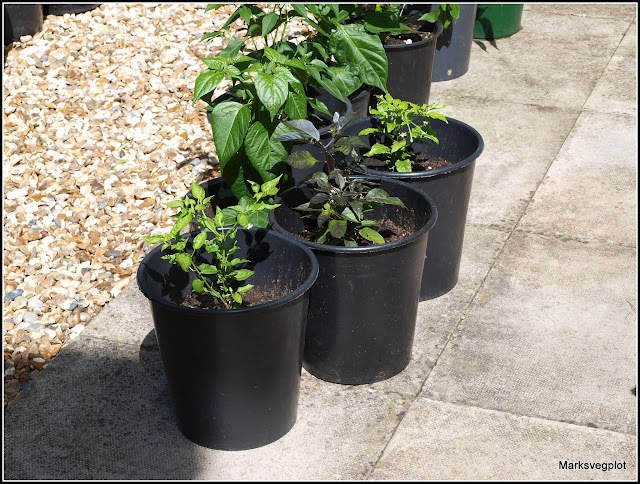 All four plants have flowers now, but none have set any fruit. Two of them are ones grown from seeds given to me by my Panamanian son-in-law, and have actually come from Panama, where the temperatures are considerably warmer than they are here, so I suppose I should feel lucky that I have managed to get them to grow at all. That's my Comfrey Tea production facility! Four buckets of stinky brown sludge slowly festering at the bottom of the garden... It's a good job you can't smell this. 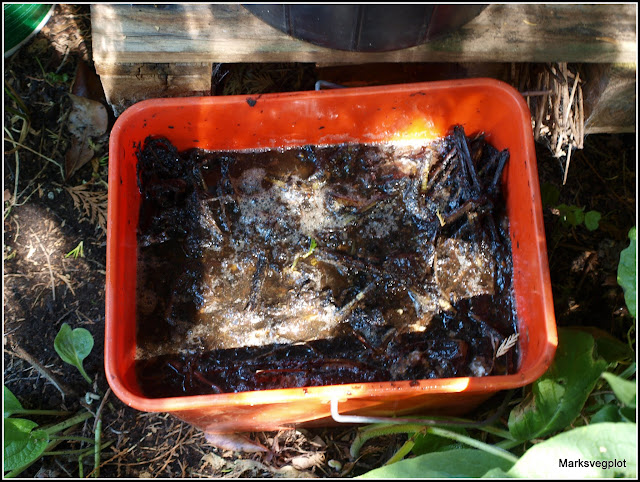 The plants love it though - particularly fruiting plants like chillis and tomatoes. I give mine a dose of it about every 2 weeks if possible, and this year it has been possible, thanks to the large quantities of Comfrey I foraged. I stored what wouldn't fit in the buckets in some old compost sacks, and as the buckets have been emptied, I have used it to make another batch.


These are the tomato plants I have grown from sideshoot cuttings. I have been pumping Comfrey Tea into them at every possible opportunity, in the hope that they will grow quickly enough to produce ripe fruit before Autumn arrives. 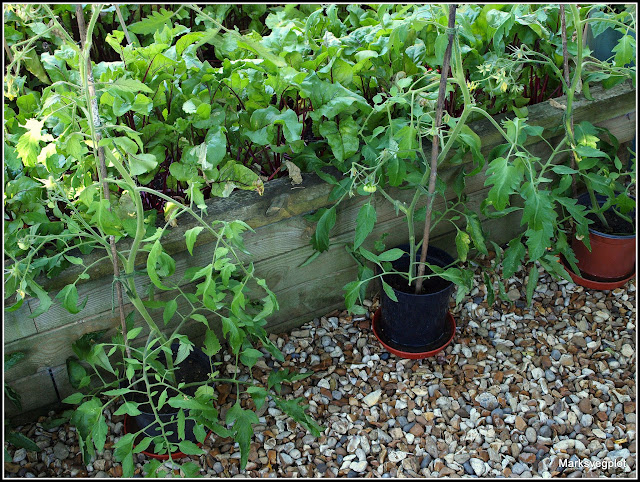 I pinched-out these plants (I have 4) after they had made two trusses of flowers, so now they will hopefully be concentrating on ripening fruit rather than producing more foliage. They are small plants, and I'll not let them keep more than 3 or 4 fruit each. It'll be touch-and-go, but at least the fruit are setting now, so I might be lucky. I think it really depends on how much sunshine we get between now and the end of September. 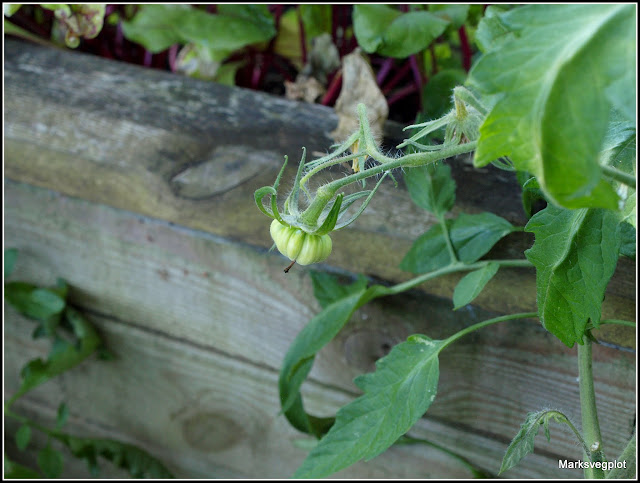 Not only does the Comfrey Tea make the plants grow stronger, (and maybe faster?) but I'm convinced that it also adds flavour to the fruit. Talking of which, we did a taste comparison a couple of days ago, comparing my old favourite "Maskotka" with a tomato variety new to me this year, called "Montello", which is broadly similar in style - i.e. it is a bush tomato that produces small red fruit. I'm glad to say that "Maskotka" won hands-down. It's flavour was far superior.
Posted by Mark Willis at 12:00