Hurrah for Summer and its varied harvests! 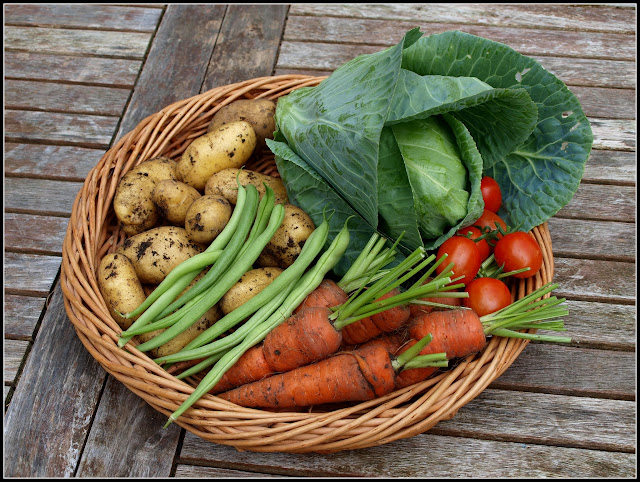 Top of the bill this week are the first of my Spring Onions: 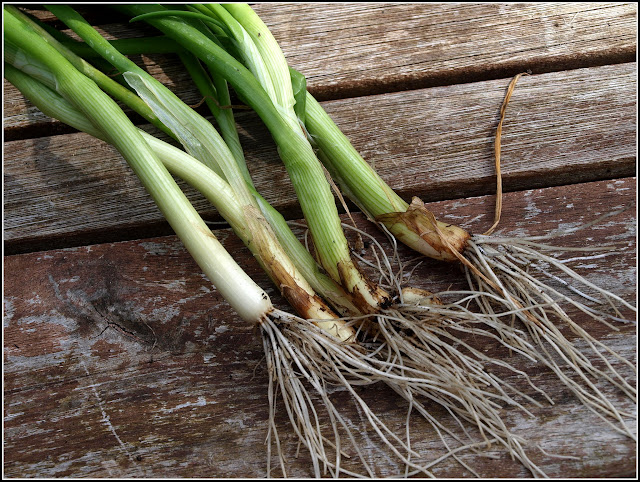 I'm very proud of these onions, because they are the first Spring Onions I have grown that have reached a respectable size. My various earlier attempts had not met with a huge amount of success. They key thing I did differently this year was to treat them as a "proper" crop in their own right, not trying to squeeze them in amongst other things. They have therefore had a lot more light, and this has helped them to size-up quite nicely. Lesson learned!

I am not going to pick these onions in big bunches, but rather in ones and two, as and when we need them, and I'm sure they will continue to grow bigger if they are given the chance. 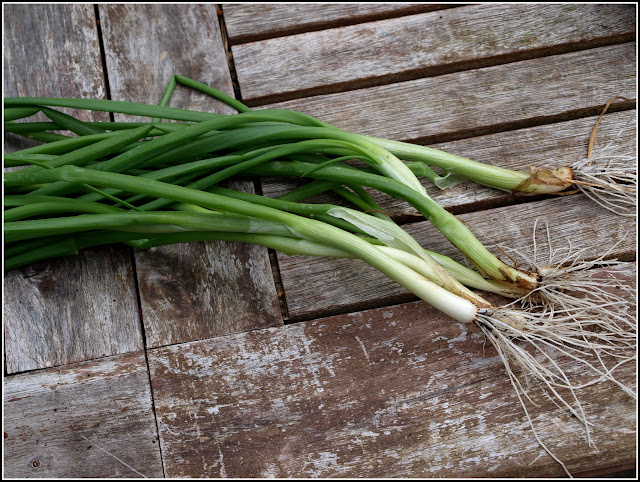 The French Beans are providing us with a decent handful of beans every few days. These ones are my old faithful "Cobra", with just one of the Czech "Konstantin" ones separated out in the foreground, for purposes of visibility. It's much flatter than the "Cobra" ones. I don't see many of the "Konstantin" pods forming yet, so I hope they will improve. 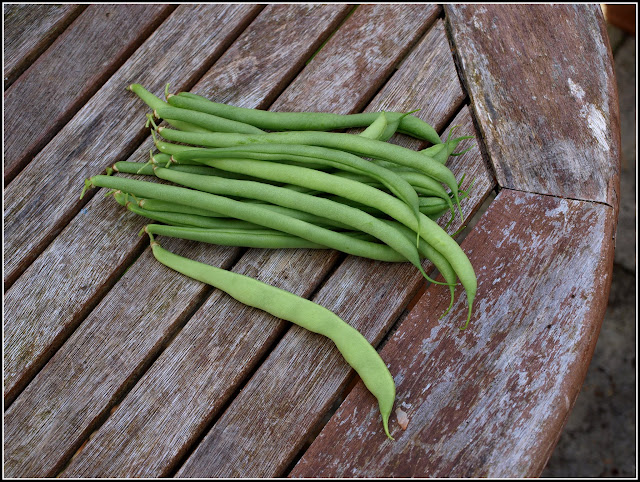 I pulled a couple of carrots, just to see how big they were. I judged them big enough to begin harvesting. 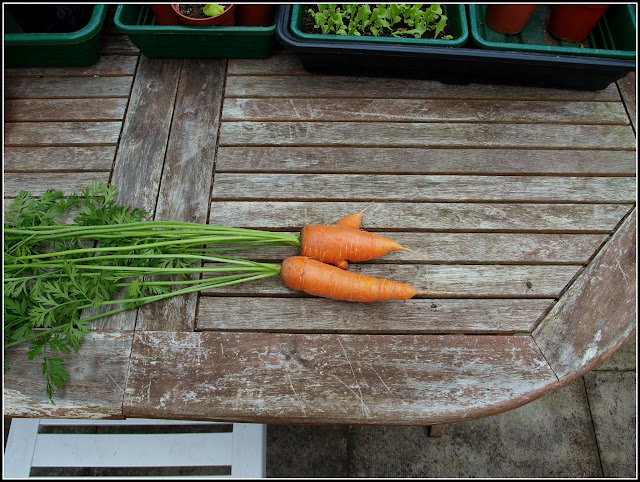 Unfortunately they are evidently not all going to be perfect specimens. I put these two in a simplified "Sayur Lodeh" Indonesian-style mixed vegetable dish, along with some of the French beans and some cabbage, but I will confess that both Jane and I did nibble a couple of pieces raw. They were very tasty and very crisp. I think home-grown carrots fresh from the soil are some of the best vegetables you could find, and incomparably better than shop-bought ones that have been kept in cold storage for months! 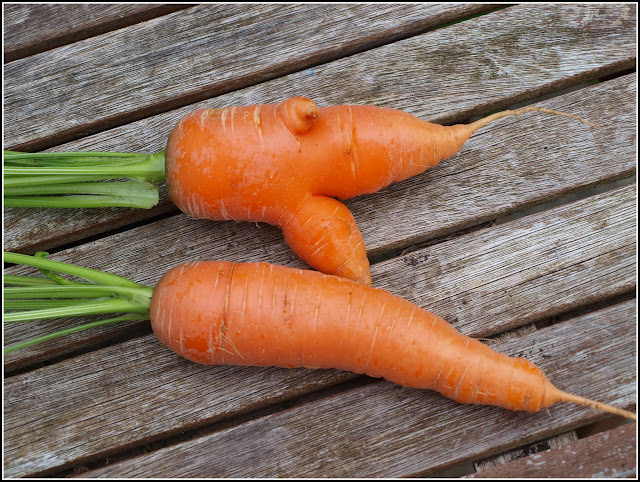 Another first of the year this week - tomatoes: 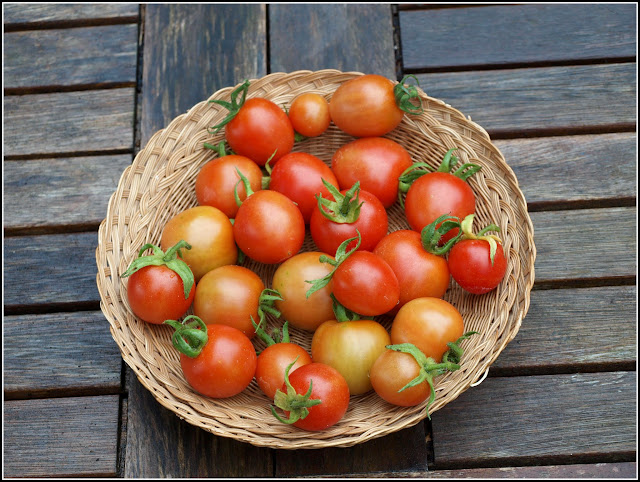 Because we have had so little sunshine this Summer, the tomatoes have taken an age to ripen. I picked the batch in the photo a little under-ripe, because we had some rain and I know that rain after a dry spell often causes tomatoes to split. I really didn't want to lose them after such a long wait! The tomatoes in the pic are mostly "Maskotka", with just two of "Montello". The latter are in the 12-o-clock position in the basket, either side of a tiny Maskotka. They don't look much different, do they?

We have had family visitors staying with us this past weekend, and it was nice to be able to serve up a meal that included home-grown veg - in this case potatoes, cabbage and carrots.

These are the potatoes, another batch of "Nicola":


In the hurly-burly of a house full of grandchildren I didn't remember to weigh them, but it looks as if this was probably the biggest yield yet from one pot. There are a few quite large tubers there.

This is the cabbage. It's a "Greyhound" one. It wasn't huge, but nice and firm. Certainly enough to feed four adults, with some left over for bubble and squeak.


﻿
The carrots, I must confess, were a bit of a disappointment in terms of their looks. All of them except one were forked or "wonky" in some way. Fortunately this doesn't affect their taste or texture, but it does make them a challenge to prepare. This batch are all of the variety "Kelly". I hope the other types produce more uniform roots!

I'm linking my post to Harvest Monday, hosted as ever by Dave at Our Happy Acres.
Posted by Mark Willis at 11:00