Last year there was a big craze in the UK for growing Cucamelons (aka Mouse Melons or Mexican gherkins) and the reports I read about them were very mixed. Some people raved about them and said they were fantastic. Others said they were tasteless and overrated. This Spring I was fortunate enough to receive some free seeds from Marshalls, which prompted me to have a go myself and find out at first hand what they are like. 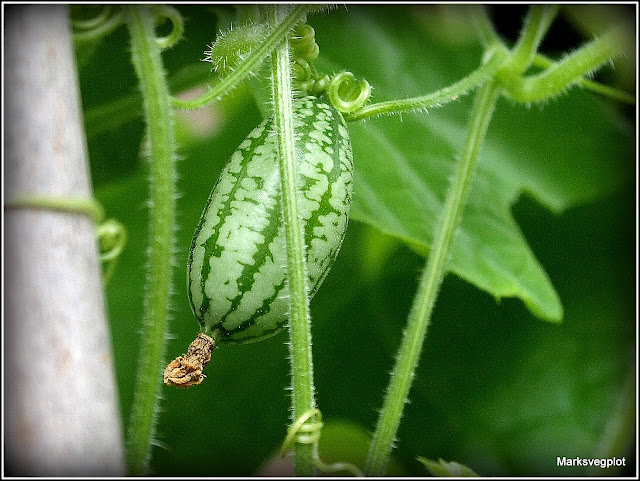 My Cucamelons (2 of them) were sown on 19th April, in 5-inch pots of seed compost. Initially I kept them indoors, but as the weather improved I gradually acclimatised them to living outside, and they were planted-out on 7th June.

People had warned me that Cucamelon plants are initially very small, and they weren't kidding! They are a lot smaller than a Cucumber, even one of the Lebanese type.


My Cucamelons are both growing in a big plastic tub, and they were supposed to be sharing it with three Cucumber plants, but unfortunately two of them died.  I provided some 7-foot canes for them all to climb up, and as the plants have got bigger I have tied them loosely to the canes with soft string. I have fed them a couple of times with "Tomorite" tomato-food, as I usually do with Cucumbers. 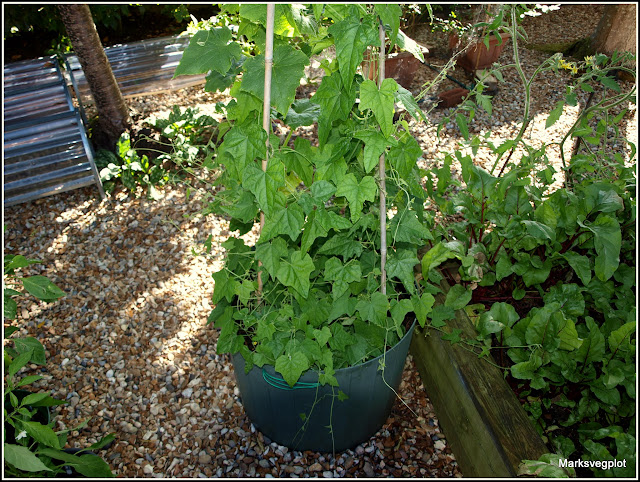 Everyone says that Cucamelons start slowly but finish strongly, and that's exactly what has been happening. For the last couple of weeks I have been eagerly looking out for any fruit forming. The flowers are tiny and you have to look very carefully. Last weekend I finally spotted the first fruit. It was about the size of my little fingernail: 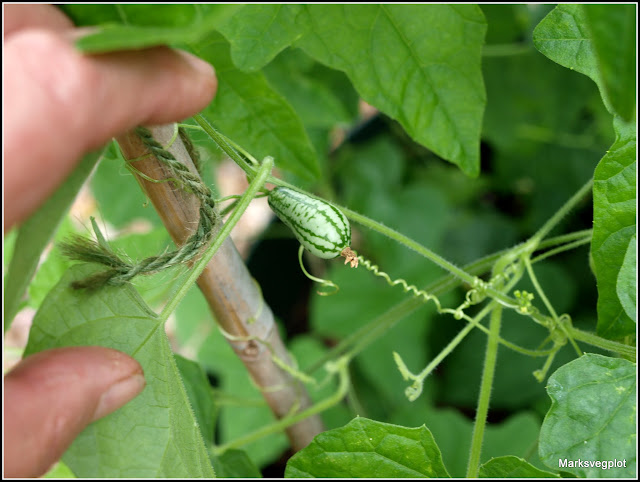 Once I started looking, I realised that there was not just one fruit, but several already. For instance there are two in this next photo: 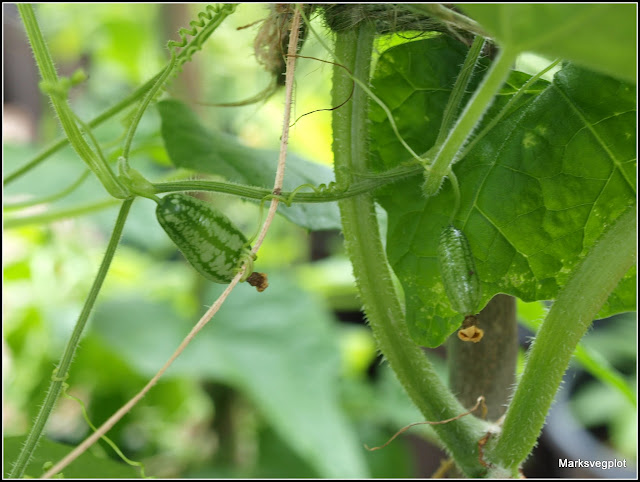 I expect that very soon there will be dozens of them. They really do look like miniature water-melons! 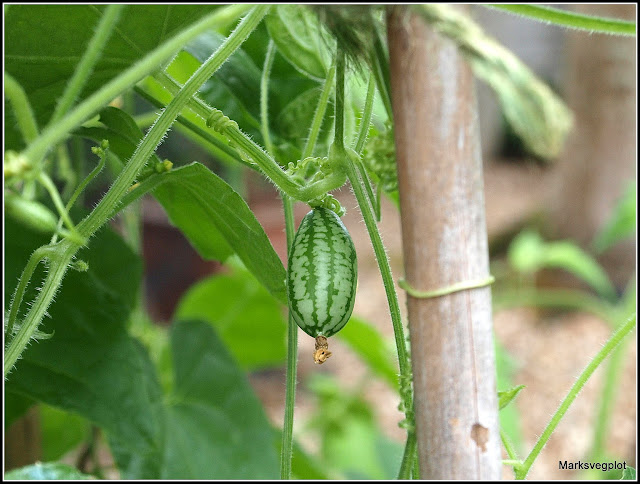 I wasn't sure how I would know when the fruits were ready to pick, so I asked my contacts on Twitter. All the answers I got were based on size: the size of a grape; the size of a large olive, etc. I therefore conclude that mine a nearly ready, but perhaps not quite. So now they key question. What do they taste like?


We had an inaugural tasting of the first two fruit... 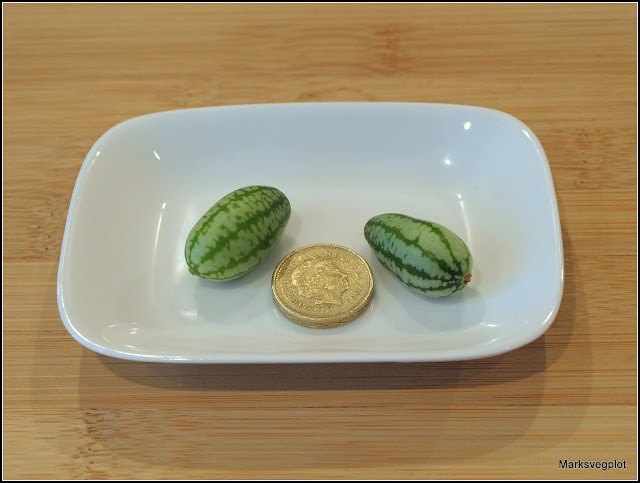 Our opinion: they taste very much like a normal cucumber, but perhaps slightly sour. The skins were also rather tough. Now the taste and texture of these two may of course be unrepresentative. Were they perhaps still not completely mature? It could well be that later ones are different, so for the time being I am unconvinced.


Fortunately the one surviving Cucumber ("Passandra") has suddenly decided to have a growth spurt and has produced four little fruits simultaneously.