For me it is not a busy time in the garden. I'm harvesting a fair bit of stuff, but it doesn't take very long or involve a lot of effort. Tomato recipes are very much on the menu at present! 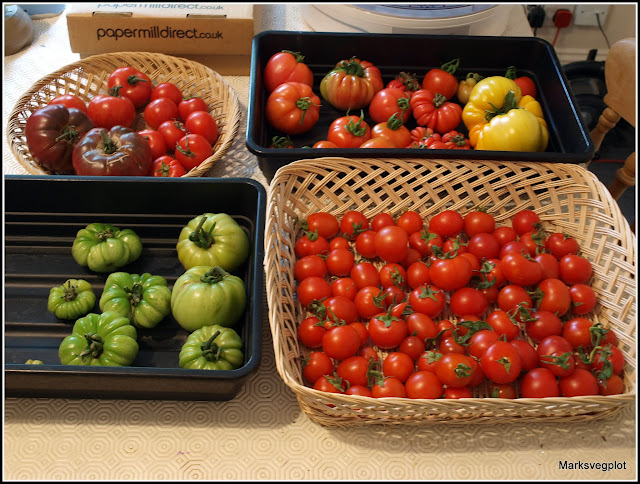 Some of my plants have "got their second wind", so to speak, particularly the beans, which are producing another set of pods.

With the beans my only jobs (apart from harvesting) are removing any old yellowing leaves, and making sure the plants get enough water. I have had to do quite a lot of watering recently because the weather has been dry (and still very windy). Today we have had the first significant rain for about two weeks.


My "unknown" Cucumber plant is finally producing its first fruit, though it won't be winning any prizes in the Good Looks department: 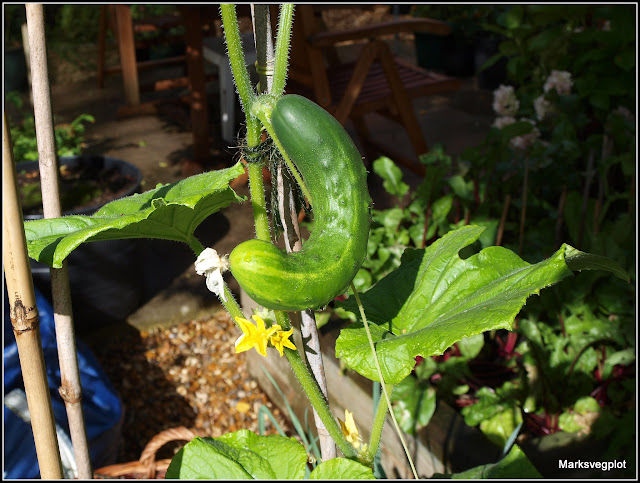 This plant has several more small fruits forming, and it rather looks as if they will all be curved ones. 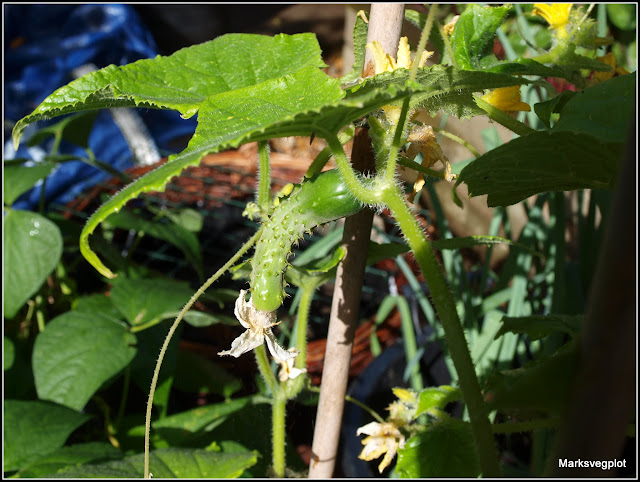 Again, looking after the Cucumbers (this one and two others I have) is not an onerous task. I have tied the plants to canes to help them climb, which takes a couple of minutes every few days, and apart from that it's just watering.


Today I have pulled up the Baby Leaf Endive patch, which was beginning to bolt. I saved anything useful (now in a big bag in the fridge), and replaced it with some more young Endive seedlings which will hopefully mature in the Autumn. 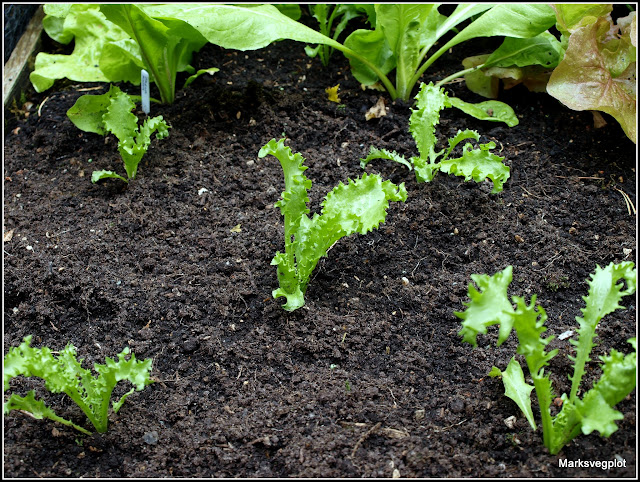 The Endives join a variety of other salad crops, such as Spring Onions, Lettuces and Radicchio. 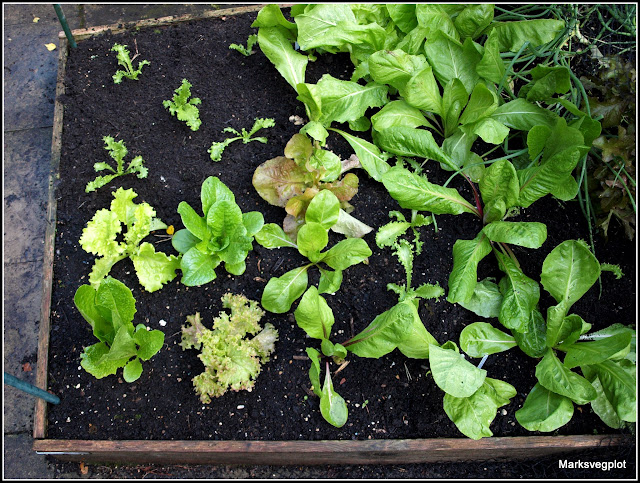 The Radicchio ("Rossa di Verona") is coming along nicely, but it's still too early to expect them to be hearting-up. In the Autumn these loose green outer leaves will be augmented by dense cabbage-like hearts of deep red leaves. 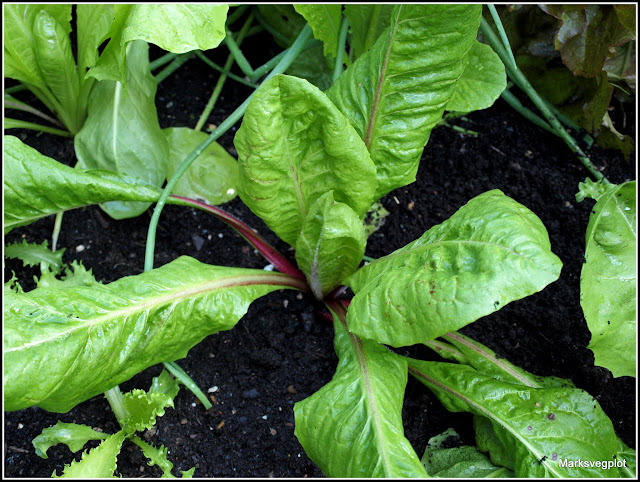 I'm also hopeful that this year I will get to harvest some apples. Not a lot - there are only 8 fruits on my tree - but they look good:


Hitherto I have not been successful with growing apples. The tree I had previously really struggled even to survive and its fruit always suffered from Bitter Pit, which is associated with excessively dry soil. My new tree is planted in a big plastic tub filled with new soil, and it seems to be doing well. I am being very careful to ensure that it gets enough water. "Winter Banana" is a late-cropping variety so I don't think these fruit are mature yet. I'll probably be picking them in October. Until then, I shall just admire them! 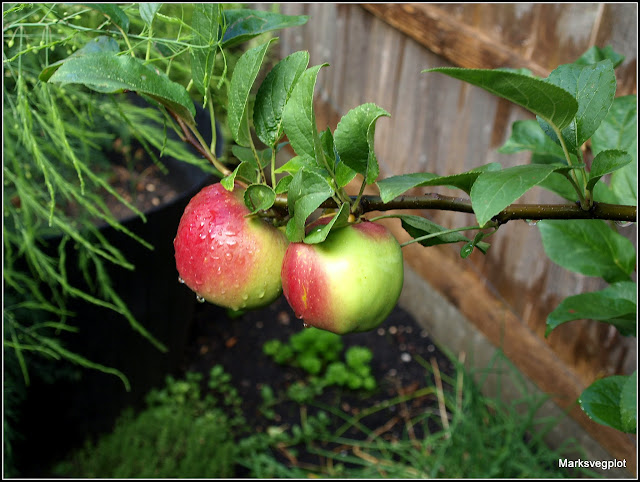 The crops I sowed in the containers which had previously hosted the potatoes are coming along steadily, though with a few setbacks. On 3rd August I sowed two of the tubs with Dwarf French Beans, 16 to a tub, one lot of green and one lot of yellow. This experiment has proved that snails prefer the green variety - only 4 of the plants are still surviving, whereas of the yellow ones there are 8 and a couple of stumps!


2016 has definitely been a bumper year for snails and slugs.
Posted by Mark Willis at 12:00