OK, so flowers are not the No.1 priority in Mark's Veg Plot, but I do still like to have a bit of colour in the garden. Just like with the vegetables though, the flowers have had a strange year. Some things have done well (not many), but others have been very poor. I shall blame the weather! 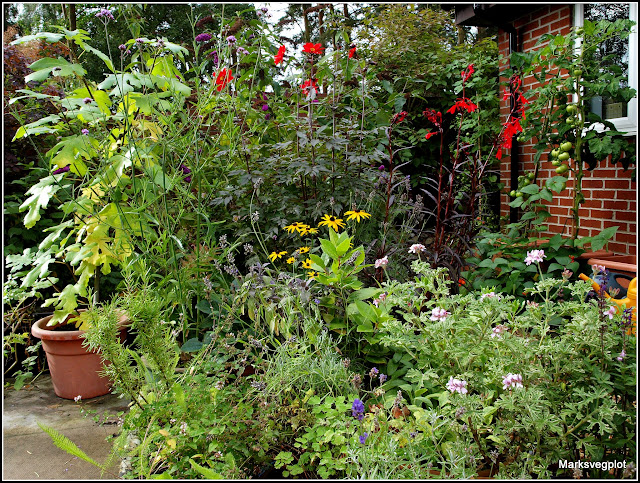 Our Living-Room has a sliding glass door that opens out onto the garden. Just outside is this: The little splash of yellow is a Rudbeckia Fulgida "Goldsturm". It is usually pretty vigorous, but this year it is pathetically small, and I don't know why. It has been in the same pot for three years now, so I suppose it needs re-potting, though I always feed it generously. 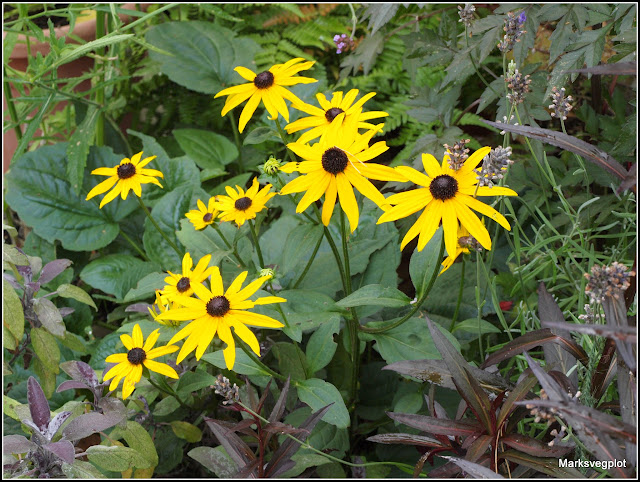 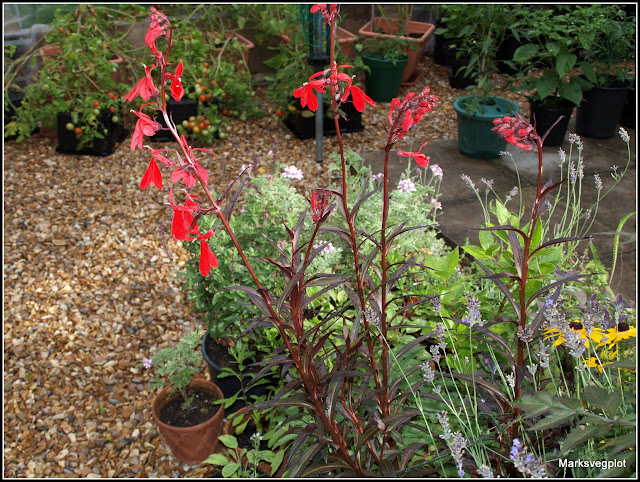 I have found it hard to photograph those flowers - they are just so vivid. 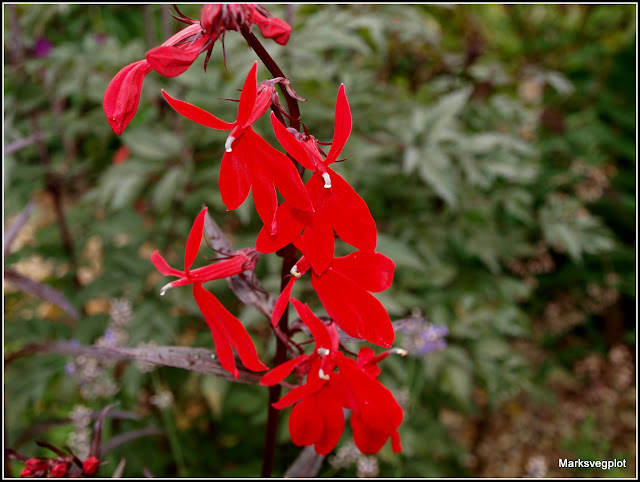 Another poor performer is my Helenium, which normally has a huge mass of russetty-golden blooms at this time of year. Currently it has about 10, and the stems are soft and floppy instead of the usual perky upright ones. Strange. 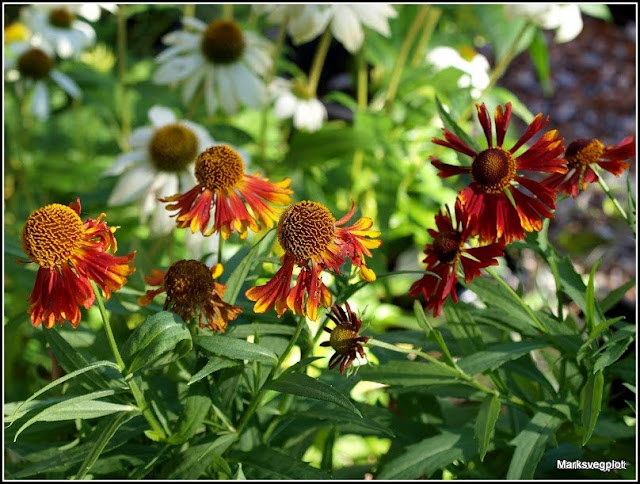 No such trouble with the "Bishop of Llandaff" dahlia though. 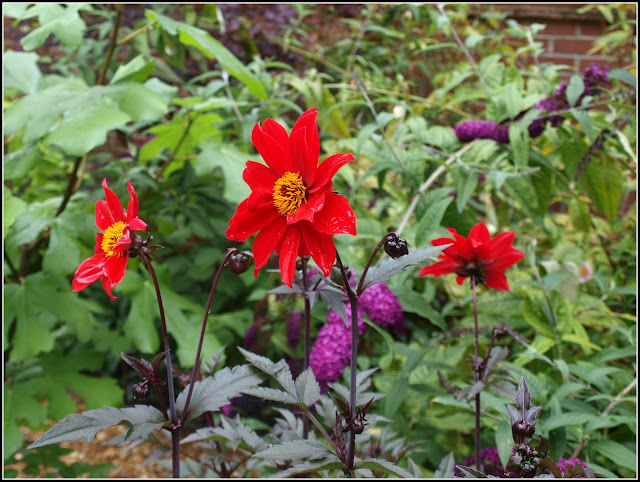 This time it is much taller than before, standing nearly four feet high. You can see it in the background of the first two photos of this post.


Gardening is definitely not a precise art. Plants perform differently from year to year, even when you think you are treating them exactly the same. But that's what makes our hobby so interesting, isn't it? It would be dull if there were no challenges to overcome!