Spring bulbs seem like such a distant prospect at this time of year, but if you want a decent display of flowers in the Spring, it's best to plan well ahead. Late September / early October is the time I usually plant my bulbs.

I normally buy a few new bulbs each Autumn, but I also keep the best ones from the previous year. Unfortunately my efforts at "doing the right thing" with my 'Soleils d'Or' daffs from the Isles of Scilly have not been very successful. Several of the bulbs had gone soft and squishy. I only managed to save about 15 bulbs (that's from 34 bulbs two years ago). This is a bit frustrating, to say the least! I also tried to save the bulbs from that Sarah Raven's Perfect for Pots selection I grew last time, but for some reason the bulbs had split into a multitude of little bulblets, and I'm not sure whether they are doing to be worth growing again. Wouldn't they just produce tiny (insignificant?) flowers? 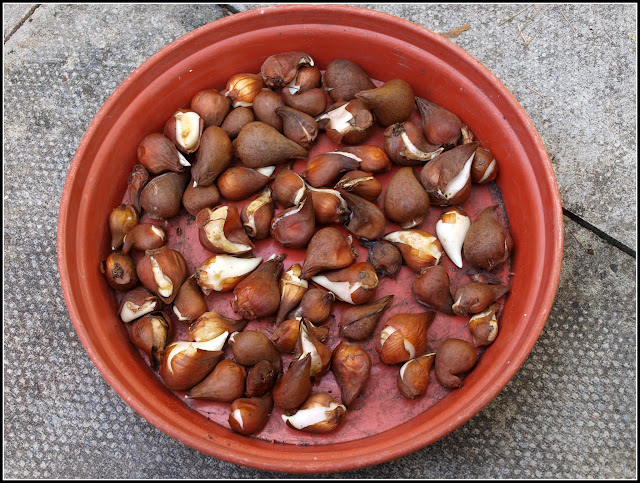 Anyway, thinking about this issue I decided that this year I would not spend much money on buying bulbs and I would get ones only intended to last me for one flowering season. I noticed some good value bulbs on sale at my local Morrisons supermarket, so I bought some of these. Let me show you what I got...

First, this mixed bag of miniature Daffodils, 50 for £3. 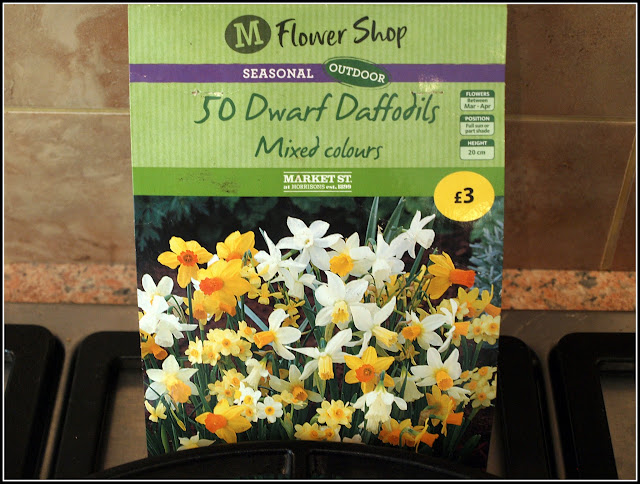 Yes, I know there is no guarantee about how many of each there will be (they might all turn out to be the same), and there are no named varieties, but unless you are a very serious gardener (which I am not) I don't think this is a major problem.

I also bought two packs of 12 Tulips, at £2 each. The first is this selection of red ones, called "Red Passion". 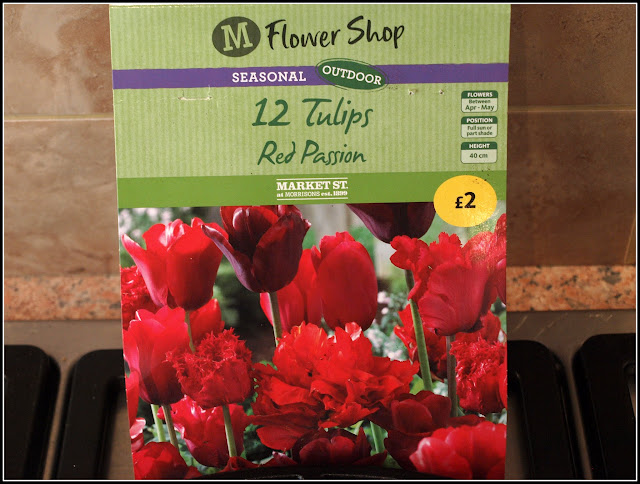 And in stark contrast the other is "Sherbet Blend", a mix of pastel colours. Perhaps an unusual choice for me - I normally go for bolder colours - but just an "impulse buy". 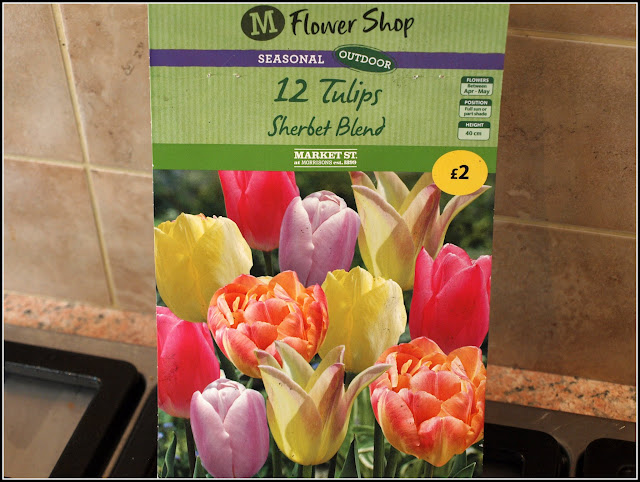 About half of the Daffodils have gone into the big blue pot in which I grew red tulips last year. I haven't yet decided where to put the others. The Soleils d'Or and the tulips went into deeper terracotta pots. Here you can see them protected by wire grilles (shelves from my little plastic greenhouses). This is to stop foxes / badgers / whatever from nosing around in them, which is very necessary, I can tell you. 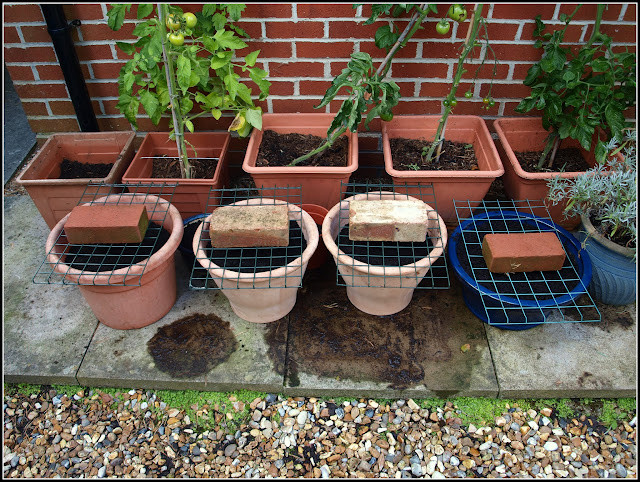 Round the side of the house (the less picturesque area that seldom features on my blog) I still have lots of pots of bulbs from last year, which I never emptied. 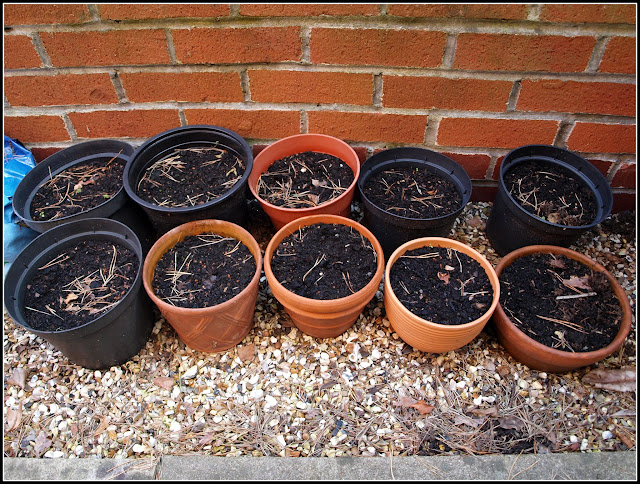 They are mostly Crocuses and miniature Daffodils like "Tete a Tete". It will be interesting to see whether leaving them in pots has worked any better than the ones I lifted.
Posted by Mark Willis at 12:00