Recently a friend gave us a huge bag of pears - probably about 10 or 12 kilos of them - so guess what we've been cooking these last few days? Jane made some pear chutney, but I'm not a great fan of chutney, so when it was my turn I made some Pears in Brandy. We still have some pears left, so maybe I'll do a batch of pickled pears, like I have done once or twice before. We'll see...

Not having made Pears in Brandy before I looked on the internet for some recipes. I wasn't even sure whether you are supposed to cook them or just use them raw. Very soon I found just what I was looking for, a blog post about this subject with nice clear instructions, and some good relevant photos. The blog is called Our New Life in the Country, written by a lady called Sue, who describes herself as "...a 50 something townie turned country girl called Sue, who lost her heart to a sailor and started a new life in the country." Thank You, Sue, I followed your instructions almost exactly!

I peeled a large number of pears, estimating how many would fit into a large Kilner jar which I had available. As I peeled them I dropped them into a big bowl of salty water to keep them from going brown. 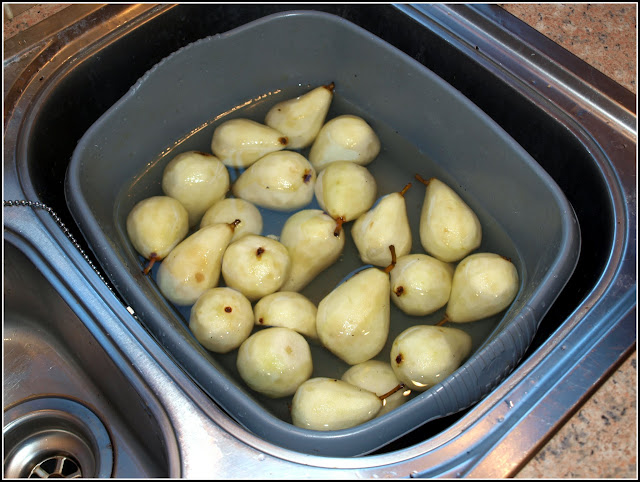 Then I quartered the pears, removed the cores and sliced each quarter into two pieces. After that they went into a large pan of water with a couple of tablespoons of sugar. I brought the pan to the boil and simmered the pears for a couple of minutes until they were tender. 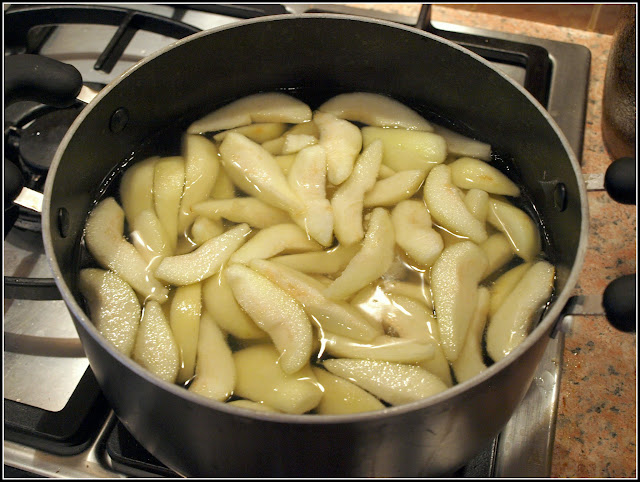 Using a slotted spoon I packed them into the afore-mentioned Kilner jar, and one other smaller jar, before covering them with brandy. I used basic "value-style" brandy, though I suppose a purist would probably have used a decent Armagnac! 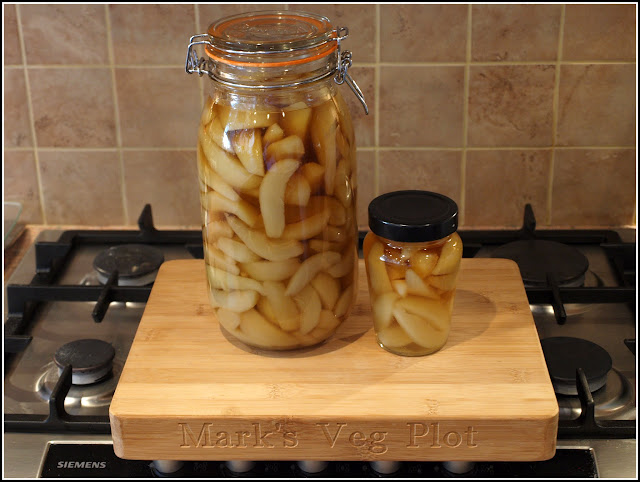 The small jar is to be given to the donor of the pears, as a way of saying Thank You. I'll have to urge her to leave them to mature for a while before eating them. I would think they would probably be OK in a month or so, but at their best at Christmas. I hope they are good, because I now have a LOT of them!

I plan to use mine as an accompaniment to desserts like ice cream, though I will also try them on their own, because I am quite partial to a drop of brandy...
Posted by Mark Willis at 12:00