Having been working some distance away from home for the early part of this week (hence early departures and late returns), yesterday I had a good look round the garden and did some tidying-up and some harvesting. The cool moist weather really suits some plants, like the comfrey, which is looking very luxuriant again now. 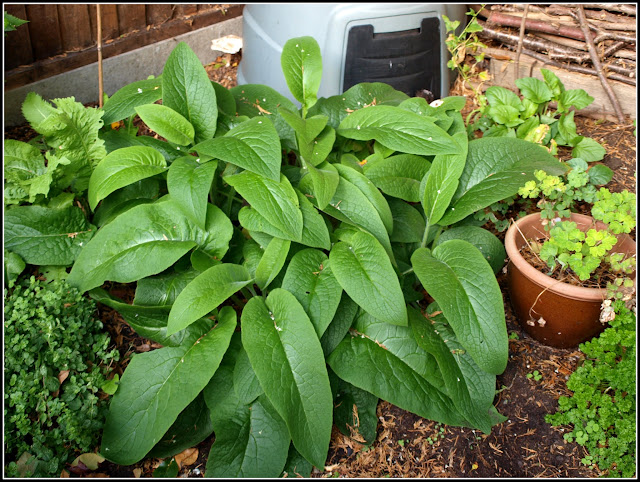 Behind the Comfrey you can see one of my compost bins, and if you look very carefully you can see some white things around its base... 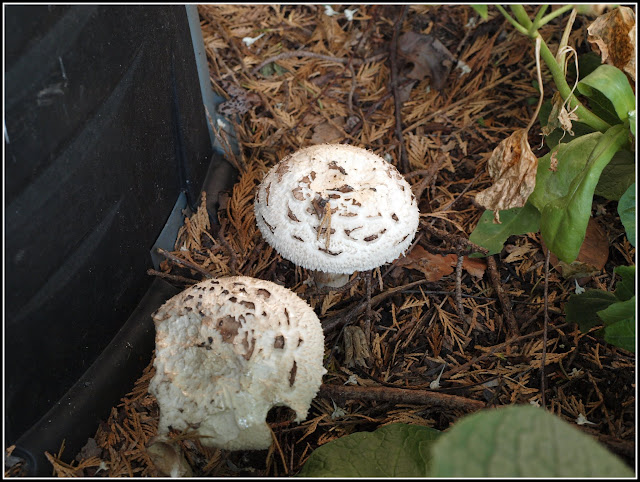 I have looked these up and I have concluded they are probably Shaggy Parasol mushrooms. There is a closely-related type called simply the Parasol Mushroom (it's less shaggy), which is apparently nice to eat, but everything I read about them warned me to be really sure not to confuse them with the shaggy version, which can be pretty toxic. The easiest way to tell the difference is to cut the flesh of one and see what colour it turns. If it goes red it is the shaggy version. Mine went brownish-red, which is enough to put me off them 100%. 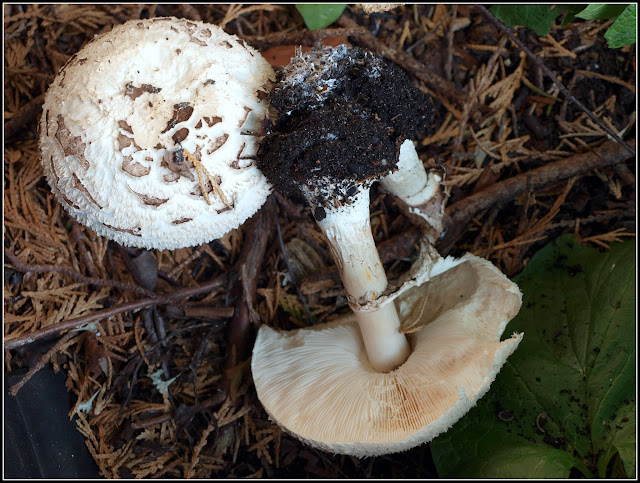 Sticking to safer foodstuffs, one of the jobs I did was to tie up some Endives for blanching. Untied, the Endives are very much like a loose-leaved frilly lettuce - though some people find them too bitter. 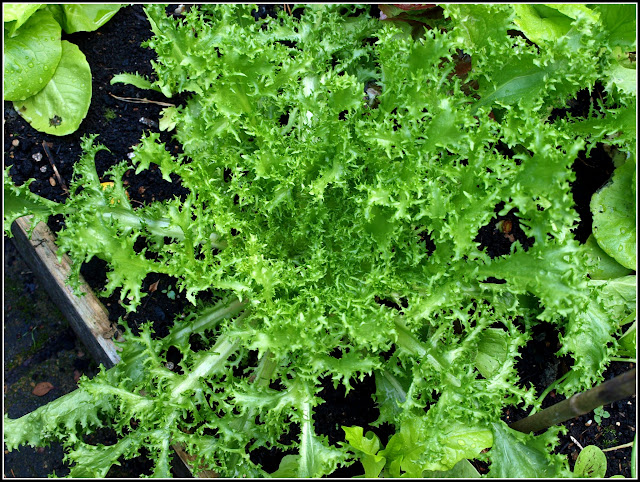 Tying them up excludes light from the inner leaves, making them turn pale and losing most of their bitterness. All you do is gather up the leaves tightly and tie a piece of soft string or twine around the plant, like this. 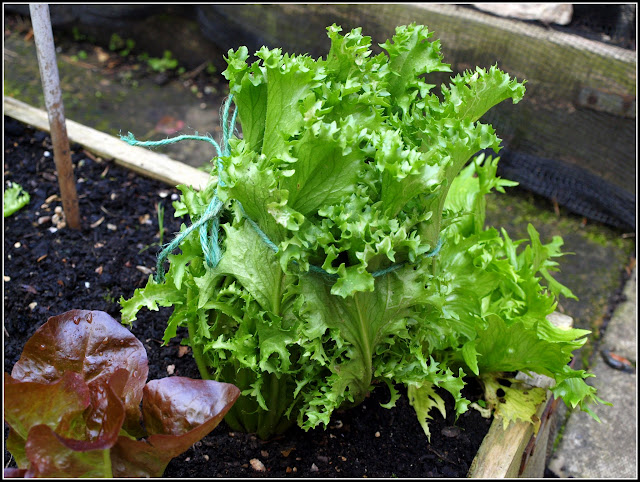 Blanching takes anything from three or four days to a couple of weeks, so I shall keep a close eye on these. Tying them when they are dry is advisable too, since if they are wet they can rot pretty quickly without air circulating around the leaves. Jane and I love Endive - especially when it is blanched - with Lamb, so I suspect Rack of Lamb with Gratin Dauphinois and blanched Endive will be on the menu towards the end of next week!

As well as the Endives, my Salads bed still has plenty of Lettuces in it, and we eat Lettuce very frequently. 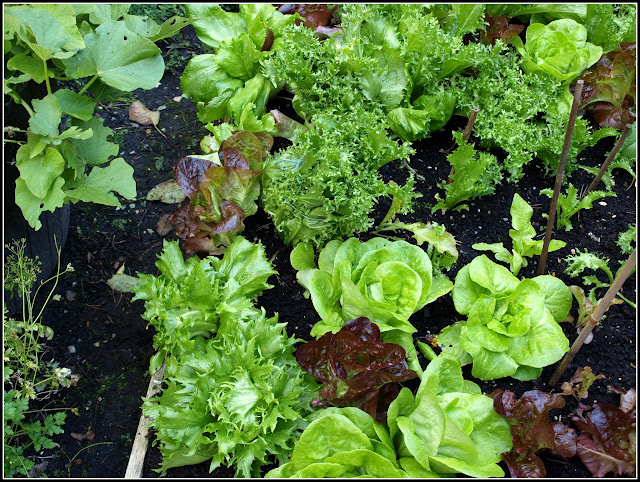 My successional-sowing arrangements this year have been spot-on! This late developer is "Devin", one of the Czech varieties sent to me by my friend Dominika. 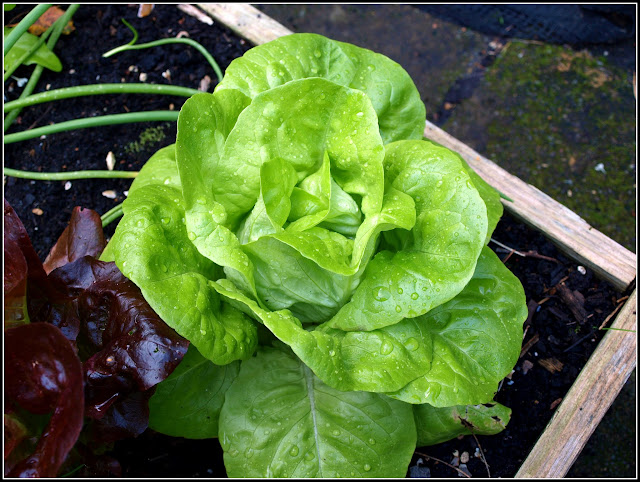