Since I discovered Enviromesh, growing Carrots has become a viable proposition. Gone are the days of Carrot Root Fly infestations making this vegetable unuseable. This material has revolutionised my Carrot-growing technique!

This is where it all happens - one of my big raised beds. You can see that the bed is covered with Enviromesh, supported on a frame of aluminium rods held together with "Build-a-Balls". 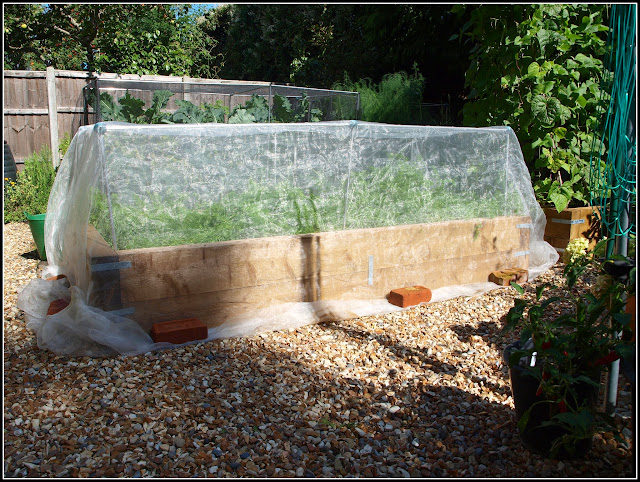 This year I was meticulous in the preparation of that bed. When I constructed the bed I dug-over the soil very carefully, removing all stones bigger than about half an inch in diameter, and then I added a bag of sand. I also added some Growmore general-purpose fertiliser, but significantly, no manure. I was hopeful therefore that I would not get any forked roots. Unfortunately I was wrong on that score! To be fair, the number of forked Carrots has been small, although there have been one or two split ones as well. Overall though, the results have been much greater than my expectations. I sowed three rows of seeds, one each of Early Nantes, Autumn King and Kelly. The latter has been the best performer, producing big, regular-shaped and tasty roots in abundance.

I have been harvesting on an "as required" basis, a few at a time. Carrots keep very well and it's handy to always have a few in the fridge, but they are best of all just after being lifted.

A few days ago I needed to harvest the Beetroot that were growing alongside my Carrots (rather overshadowed, I fear), so I temporarily took off the Enviromesh and took the opportunity to do a close inspection and a bit of tidying up. 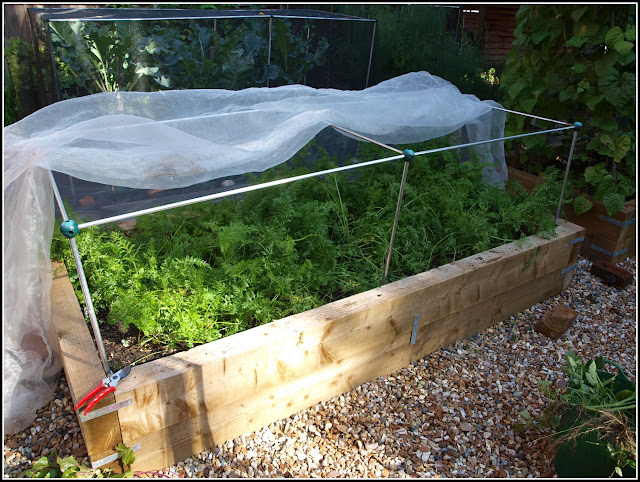 For a start, I removed a couple of Tomato volunteers. One of them had flopped over and was growing along the ground. Wherever it had touched the soil it had put down roots and formed a new stem. This makes me think that growing Tomatoes horizontally rather than vertically might be interesting... 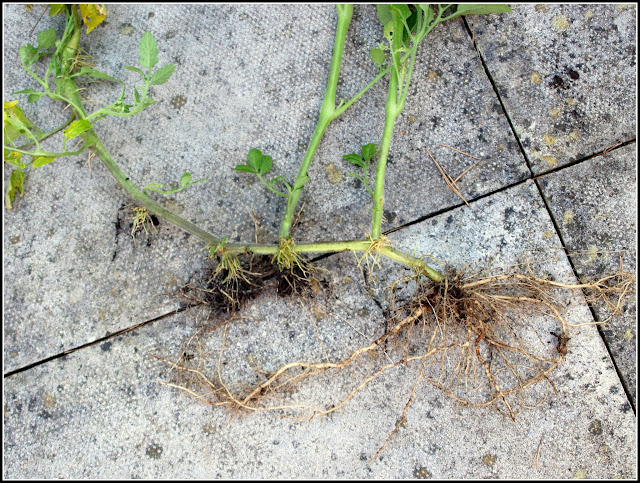 The Carrot leaves were a dense floppy tangle, beginning to die down in one or two places. 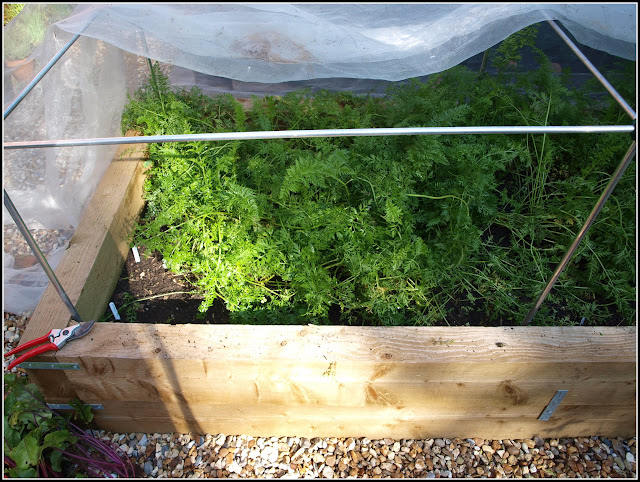 But the close inspection revealed huge numbers of Carrots waiting their turn to be picked. 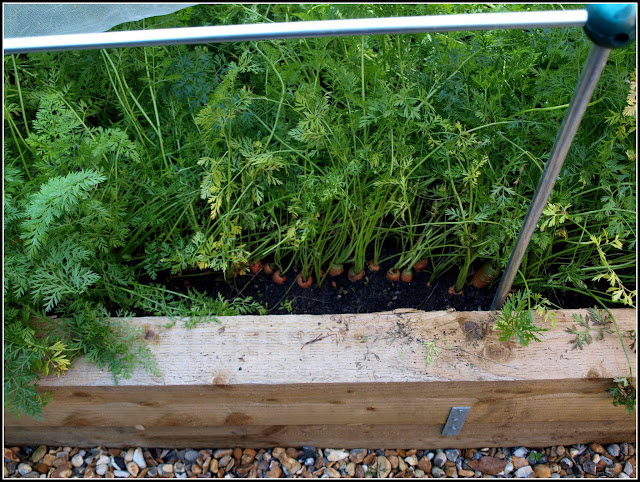 Let's have a closer look... 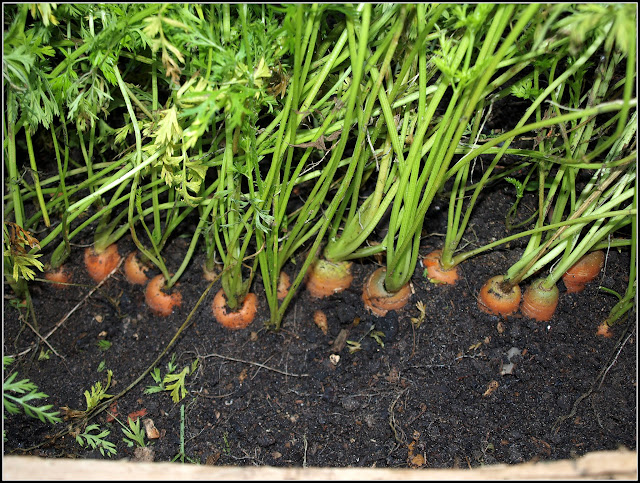 We're not going to be short of Carrots for a while!

When I sowed the seeds I sowed them fairly thinly, and I have done hardly any thinning. Some people might say those Carrots are over-crowded, but I know they are not, because they are producing near-perfect roots: 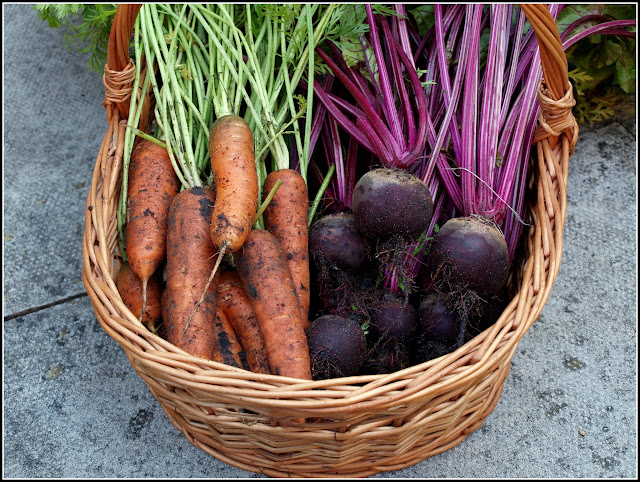 I was a bit concerned that the Enviromesh might prevent the Carrots getting enough light and moisture, but I need not have worried. The soil in the raised bed was nicely moist, and there was no sign of mildew or rotting in the foliage.

Next year I will be building some more of my "New Pattern" deep raised beds, so I will rotate the growing of Roots to a different bed. This begs the question "Will the other veg like the additional amount of sand?" What do you think?
Posted by Mark Willis at 12:00