Patience is an important virtue for a gardener to possess. Sometimes there is not a lot you can do with / for / to a crop, other than wait for it to mature. This has definitely been the case with my Spring Onions. People's perceptions of this vegetable (mine included) are that since it is small it must grow quickly. Not so.

These Spring Onions were sown on May 17th. 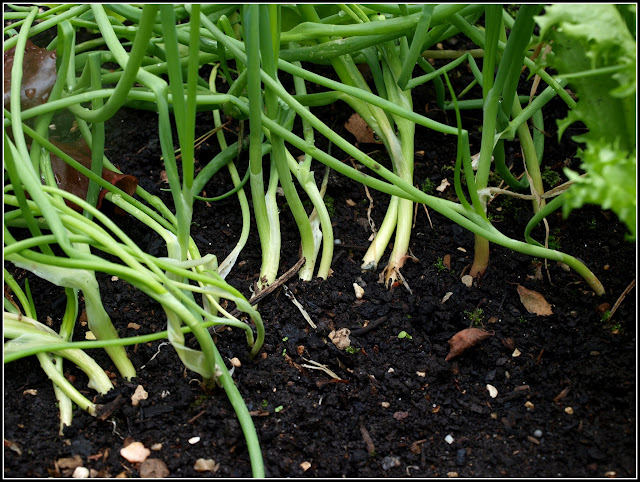 As I wrote at the time when I sowed them, I have never had much luck with growing Spring Onions, but this time I'm hoping for better. Are they big enough yet? I think the answer is "probably not", though they do actually look better than any I have ever produced previously (which hardly says much!). If these were Leeks, I'd probably describe them as "pencil-sized" - the ideal size for planting out.

I'm doing a lot of waiting for crops just now. These tomatoes are just beginning to turn colour, and I am tempted to pick them (especially since I have seen some blight on a couple of the plants), but I know that it makes sense to leave them on the plant a bit longer to allow the flavour to develop. 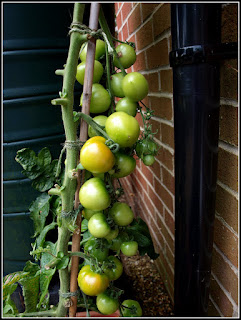 Purple Sprouting Broccoli is definitely not a crop for the impatient. It takes about 10 months from sowing to harvesting. Mine is usually sown in April / May and picked in February / March (with some variation according to variety). To maximise the use of space while I am waiting for the PSB to grow, I under-plant it with other crops, like the Cabbages and Brokali seen here. 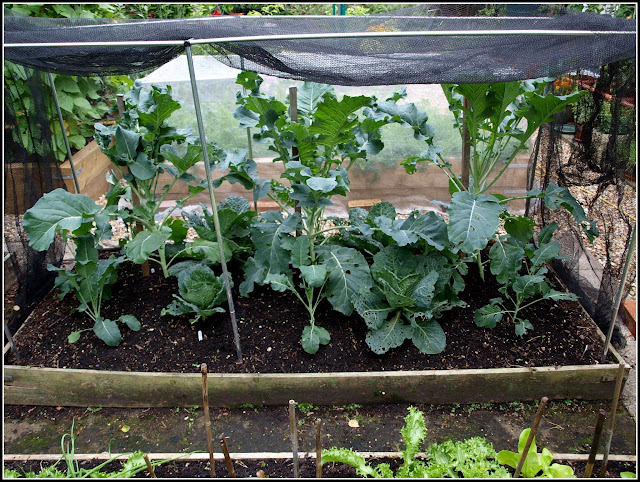 This is Brokali "Apollo". It is a cross between Kale and Chinese Broccoli. The Kale parentage is very apparent in my next photo. Actually it looks as if Cavolo Nero (Lacinato Kale) was the parent of this one. 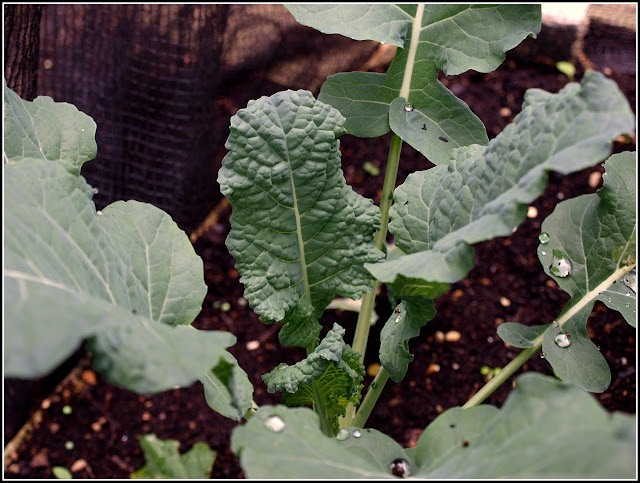 I am hoping that the Brokali will mature fairly soon, before its light is completely blocked out by the PSB. likewise, the Cabbages will be cut in early Winter, whereas the PSB will not be ready until the Spring.

Of course the patience-requiring vegetable par excellence is Asparagus. 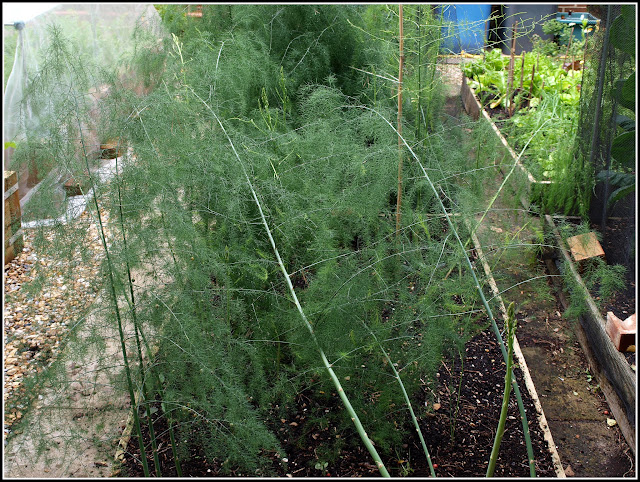 You generally have to wait three years before getting a crop (possibly reduced to two if you plant reasonable-sized crowns).  At present I have a dilemma concerning Asparagus. Next year I need to build more raised beds (yes, need, not want - the wood of the existing ones is rotting away), so what am I to do with my mature Asparagus plants? One way or another they have to come up, so should I try to transplant and re-establish them or should I get some new ones (and therefore wait 2 or 3 years for a harvest)? This is an Asparagus plant I grew from seed this year - still very tiny. 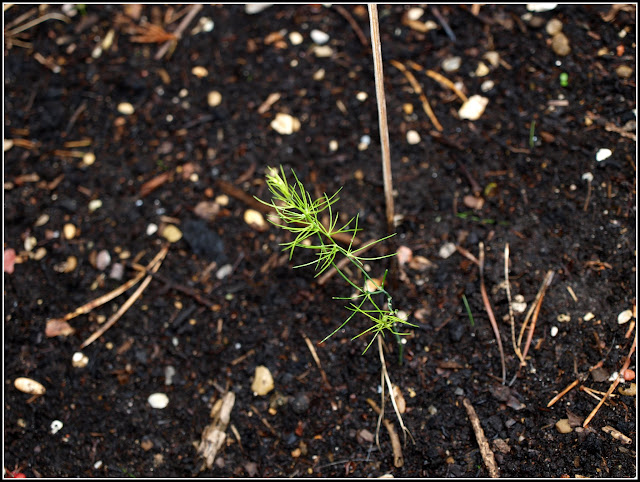 I am seriously considering whether I should be growing Asparagus at all. When I first planted it, Asparagus was still considered a relative luxury and was quite expensive to buy. Now it is in the shops all year round (albeit imported from Peru) and its price has come down a lot. Does it therefore have the right level of Value for Space Rating any more? Being a perennial, Asparagus permanently ties up one of my raised beds and only delivers its crop for a few weeks each year. Maybe it would be better to grow some other things instead? I'm currently undecided.
Posted by Mark Willis at 12:00