With blight creeping into several of my tomato plants now, I am picking the tomatoes early. I would love to leave them to mature on the vines, but if I did I would probably lose most of them, and anyway the temperature outside is so low that it would take ages. When I bring indoors a tomato fruit that is just showing some colour, it normally ripens with 3 or 4 days.

These are a mixture of "Black from Tula" and "Cherokee Purple". I find it hard to tell them apart. 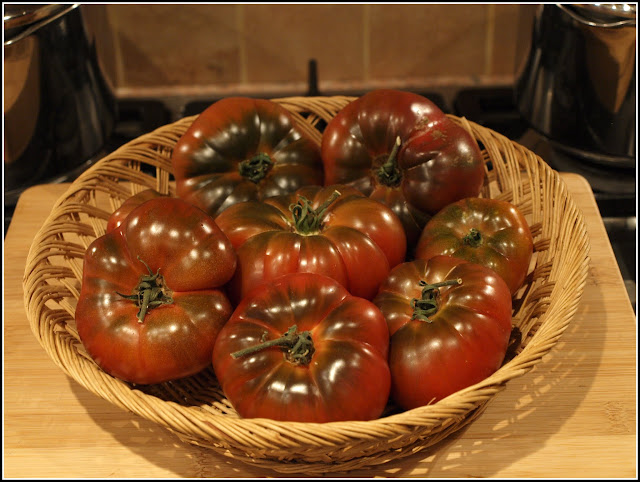 The topsides have a lot of green on the shoulders, but the undersides are a deep "mahogany" red colour, which darkens as they ripen. These are very attractive fruit! 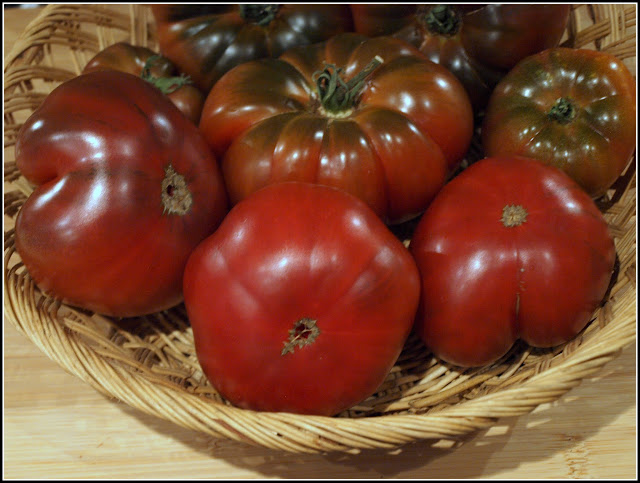 When they are fully ripe I plan to make them into a sauce, without mixing them with other varieties, which will hopefully produce a much darker colour sauce than normal. Maybe I'll use one or two in salads though, because they not only look nice, but they also taste good.

My biggest individual tomato so far has been this one: 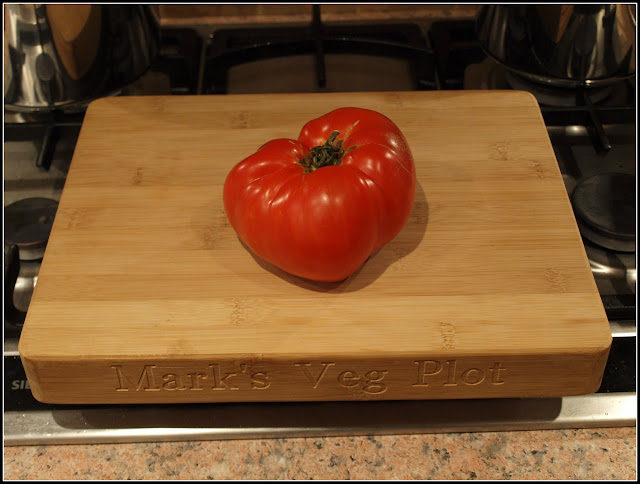 It is a "Giant Delicious", weighing-in at 470 grams. Not pretty, but certainly delicious. I have nicknamed this one "Crinkly Bottom" (UK readers above a certain age may remember the source of this!) 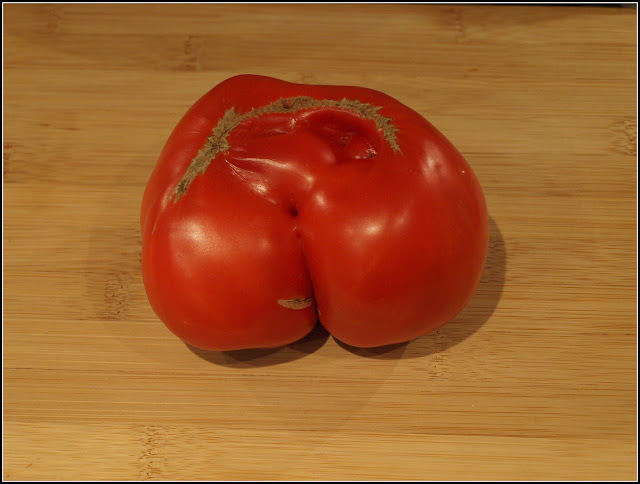 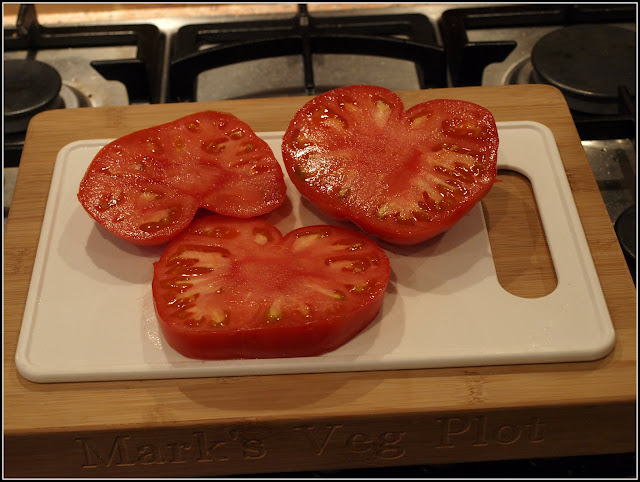 I am also harvesting some of the "Possena del Vesuvio" tomatoes. These are the ones grown from seeds sent to me by my friend Enrico in Italy. This is real heritage variety - handed down through friends and family and not widely available. 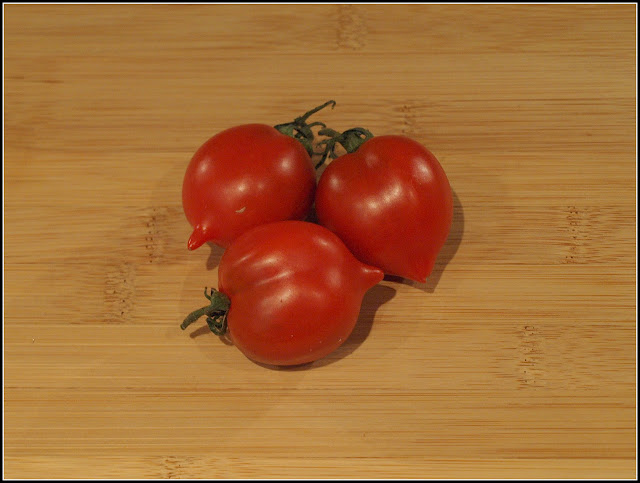 Their parent plant is heavily laden with fruit, but it is ripening progressively, one or two at a time rather than several at once. I had not expected this. They are very firm fruits, even when ripe, with not many seeds in them. Good for making sauce. The very pronounced "spike" at the tip seems to be common to almost all of them, though one or two are more heart-shaped, like the one at the left below. 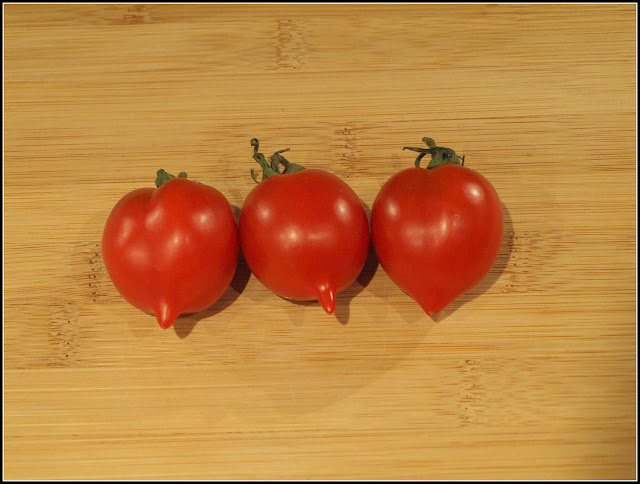 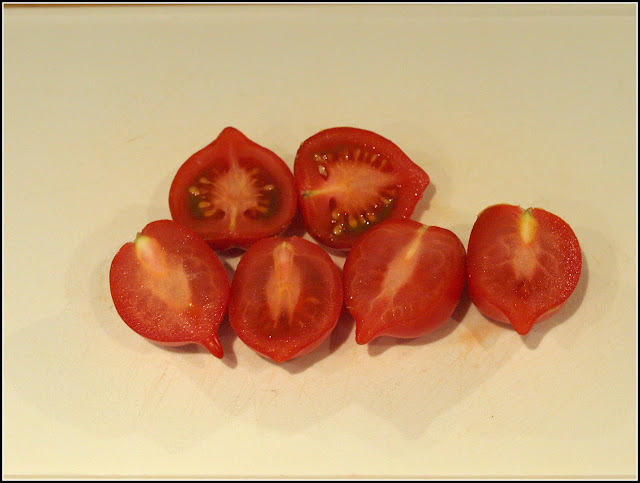 Well, despite not keeping records of the harvest weights of my tomatoes, I know for sure that this year has been a much better year than last - if only because the freezer now contains a healthy number of containers of Tomato Sauce! There are still lots of green ones on many of the plants, so the tomato season is far from over.
Posted by Mark Willis at 12:00