Do you know what Cockney Rhyming Slang is? This is what Wikipedia says:-

Rhyming slang is a form of phrase construction in the English language that is especially prevalent in dialectal English from the East End of London; hence the alternative name, Cockney rhyming slang. The construction involves replacing a common word with a rhyming phrase of two or three words and then, in almost all cases, omitting the secondary rhyming word (which is thereafter implied), in a process called hemiteleia, making the origin and meaning of the phrase elusive to listeners not in the know.
One example is replacing the word "stairs" with the rhyming phrase "apples and pears". Following the pattern of omission, "and pears" is dropped, thus the spoken phrase "I'm going up the apples" means "I'm going up the stairs".

This apple is a windfall from a tree in my next-door neighbour's garden. It came down very awkwardly. Ouch! 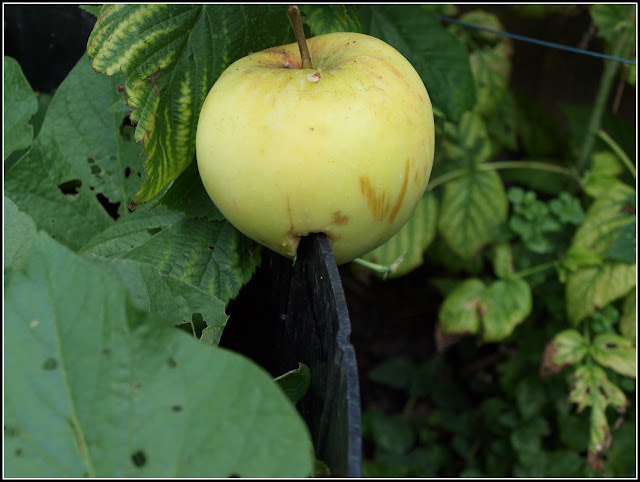 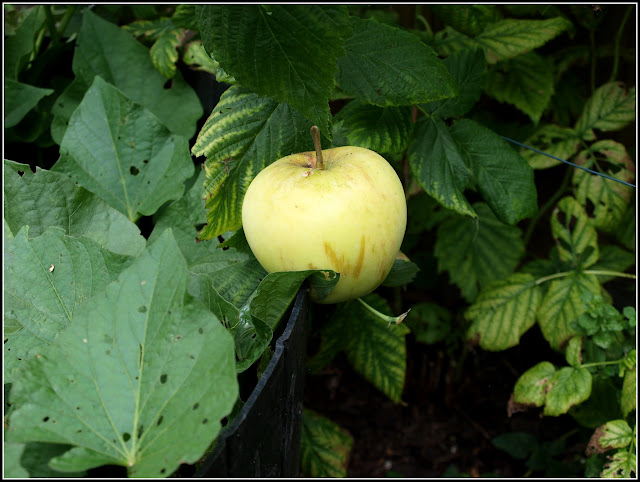 The thing it landed on is the big plastic container in which my Sweet Potatoes are growing. 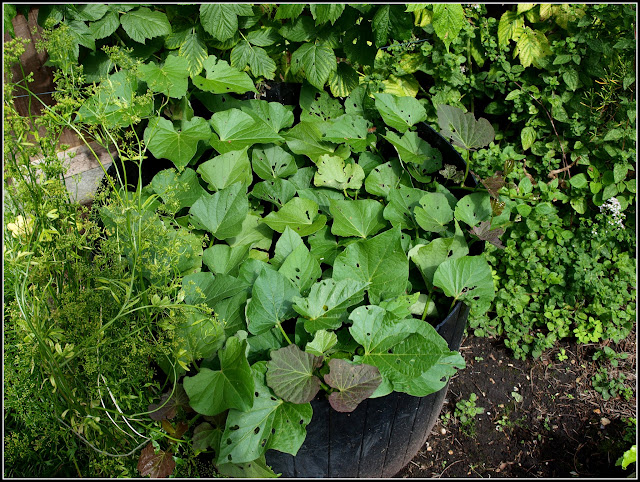 I'm very eager to find out whether those plants have produced any tubers, but I'm going to exercise restraint and wait as long as possible. When the weather turns cold the foliage will die down and that will be the time to lift them.

My solitary "Concorde" pear tree has precisely two fruits on it this year. 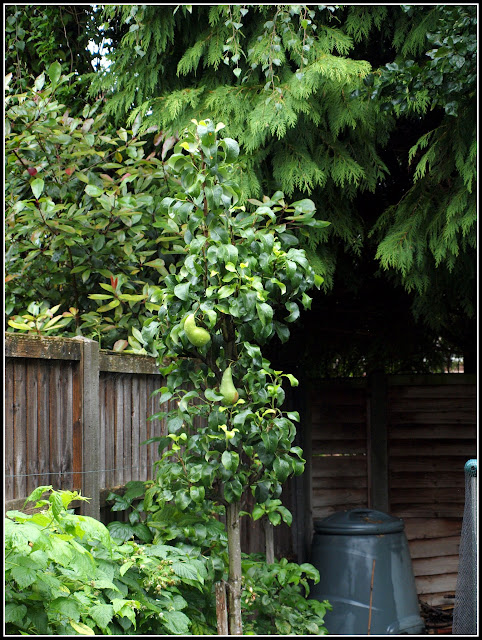 They look quite good, but they are not ready for picking just yet. Still rock-hard and very green. 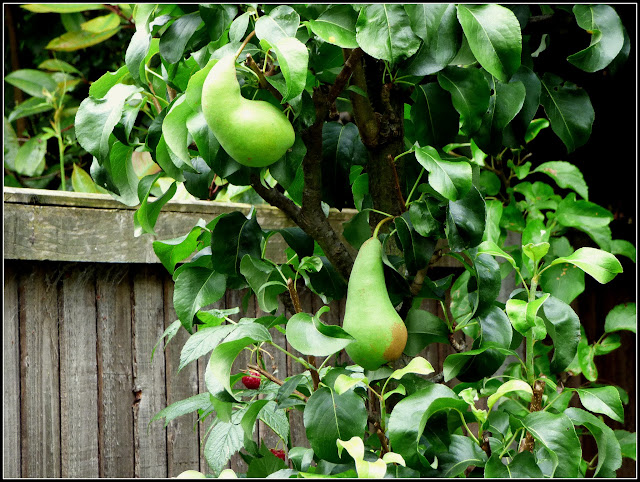 This one is a really classic pear shape. 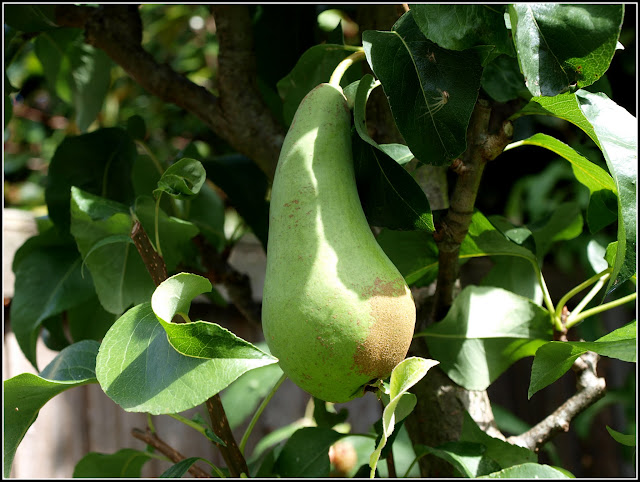 This one on the other hand, is not... 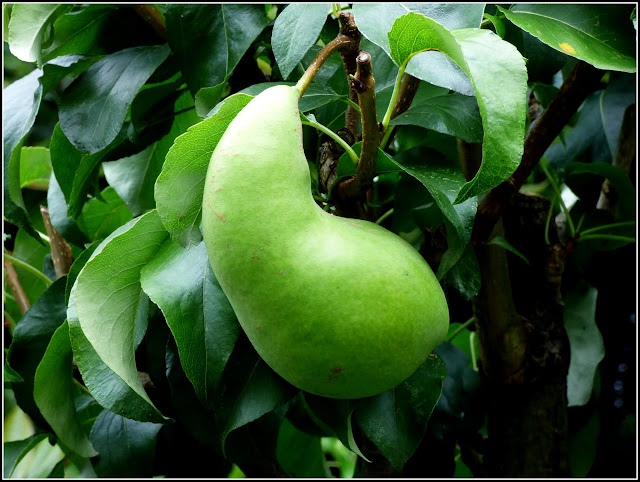 I wonder what makes a pear decide to do that?

I haven't had much success with fruit trees. Some years ago I bought a collection of three trees that were all Minarettes, which are very slender and thus allegedly suitable for small gardens. I planted them in a row along the side of my garden that gets most sunlight, but this site has proved to be very bad for them. The soil is very thin and sandy around here, and the subsoil is incredibly dense, so the trees never did well. The Plum lasted 3 years before getting seriously diseased (and hence dug up!), and the "Scrumptious" Apple had one decent year before lapsing into a succession of failures caused by Bitter Pit (itself the result of the tree being unable to take up sufficient calcium from the soil). So it came up too. Now I just have the Pear. In its best year it produced 11 fruit, but it's normally only 3 or 4, and some years none at all.

In 2013 I planted a new apple tree - a small specimen of "Bramley", acquired from the Aldi supermarket for the princely sum of £3.99. I have no great expectations of success with this tree, but it looks all right at present - though still very small of course. What I really ought to do is grow some miniature fruit trees in big containers, like I do with the Bay trees.


That would certainly solve the problem of poor soil. I think I'll keep my eyes open for suitable specimens... (Any recommendations?)
Posted by Mark Willis at 12:00