"The season of mists and mellow fruitfulness" is certainly upon us, and I have been gathering in the harvests.

Top of the list this week were these Sarpo "Axona" potatoes: 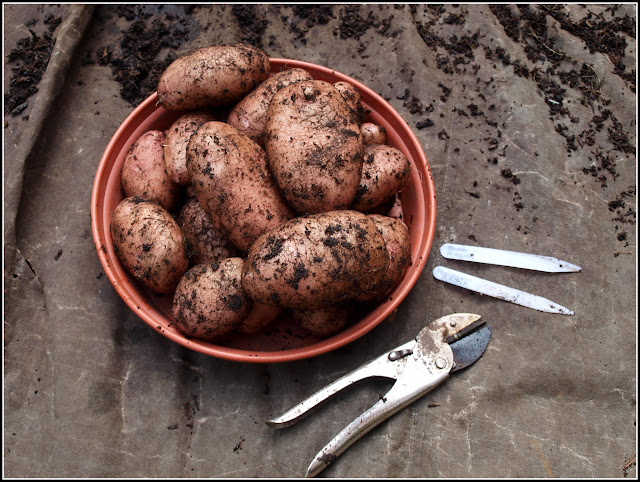 This is the last of my three types of blight-resistant potato, kindly supplied for me to try by David Shaw of the Sarvari Trust.  The yield from two seed tubers, grown as usual in pots, was just over 3 kilograms. 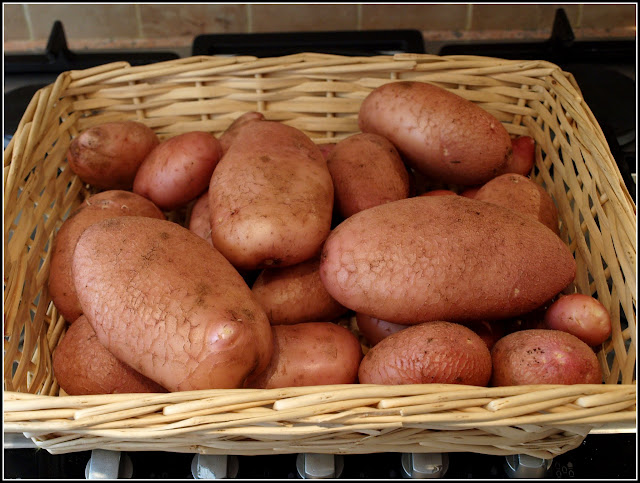 The skins of these potatoes are quite rough, but then that's normal for a maincrop potato. Unlike the "new" potatoes I usually grow, they will definitely need to be peeled.  Some of the tubers were very big - the biggest weighed 305g. The four seen here weighed over a kilogram in total. 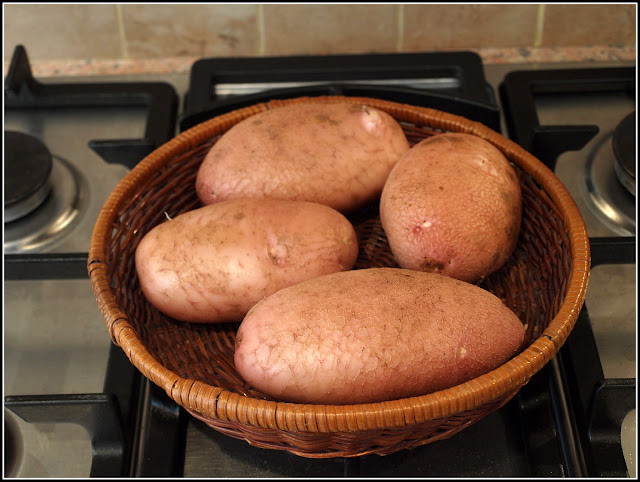 Another pot of "Pink Fir Apple" joined the harvest too: 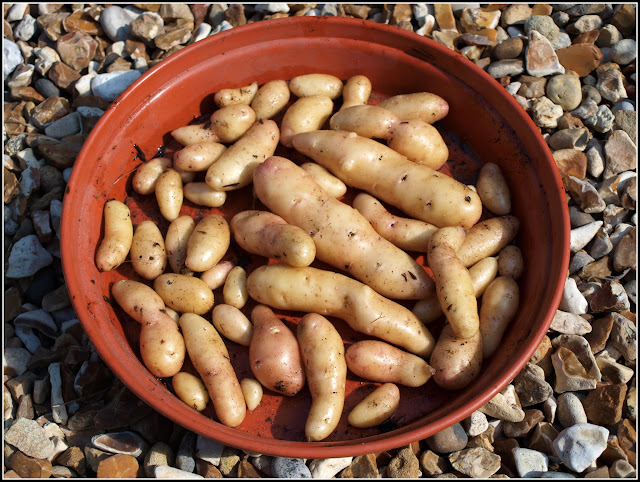 This pot yielded about 700 grams. Once again, I was surprised how smooth these potatoes were. Normally Pink Fir Apple is a lot "knobblier" than this. 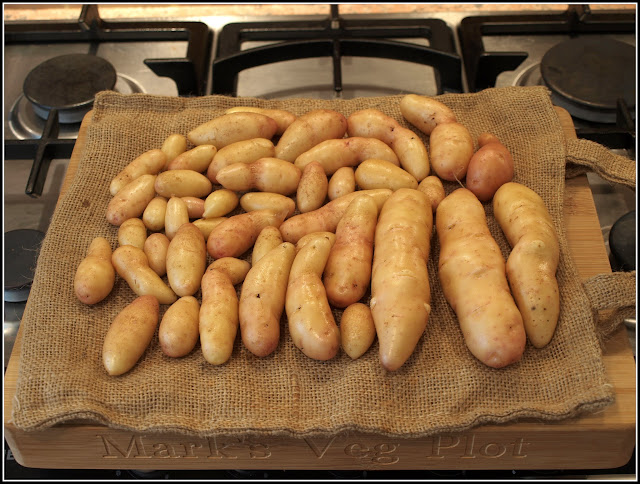 I keep pulling Carrots. We normally use them in small quantities, but very frequently, so it's always nice to have a bag of them in the fridge. These ones are "Early Nantes". They are quite short but fairly fat. This batch is 840 grams. 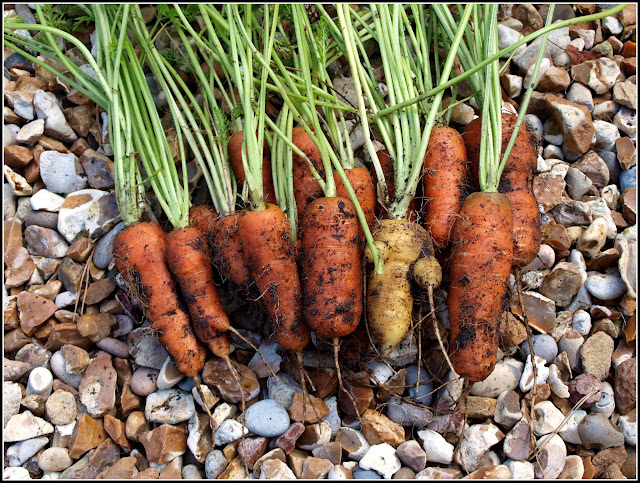 Did you notice the weird one? Not only a different colour, but also a very odd shape. 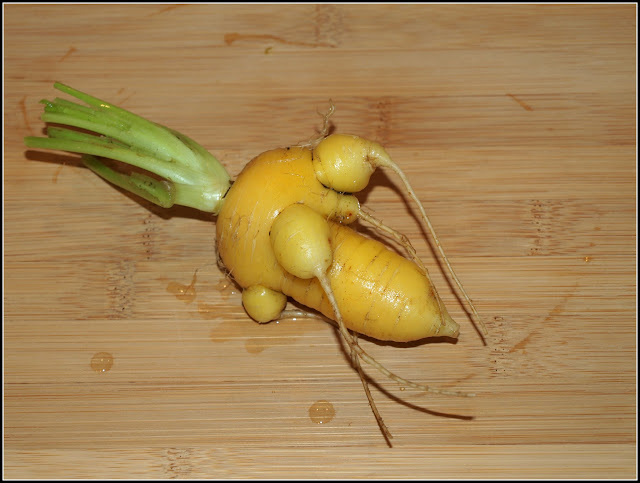 As you may have read a couple of days ago, I have also been picking loads of tomatoes. When I tried to weigh this lot the kitchen scales just groaned and showed "ERR" - in other words the bowl was too heavy for the scales to weigh! 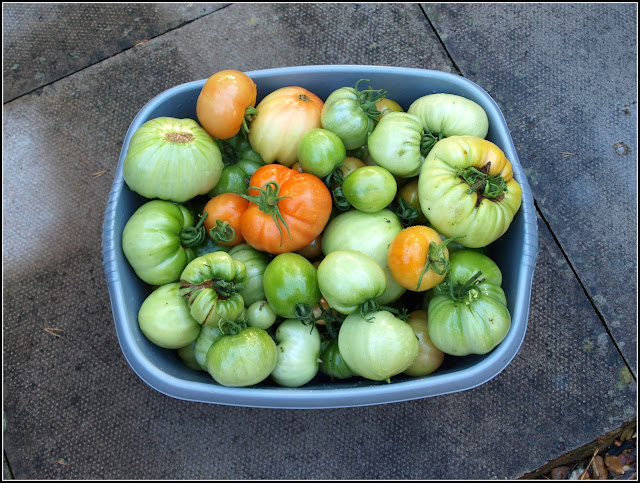 I subsequently weighed the tomatoes in two lots and they came to 7.6kgs. It will be a while before most of them are ripe, but even so, I am pleased with this harvest.

At the same time as I picked the tomatoes, I also got another decent batch (630g) of Runner Beans, and a few more of the "Cayenne" chillis. 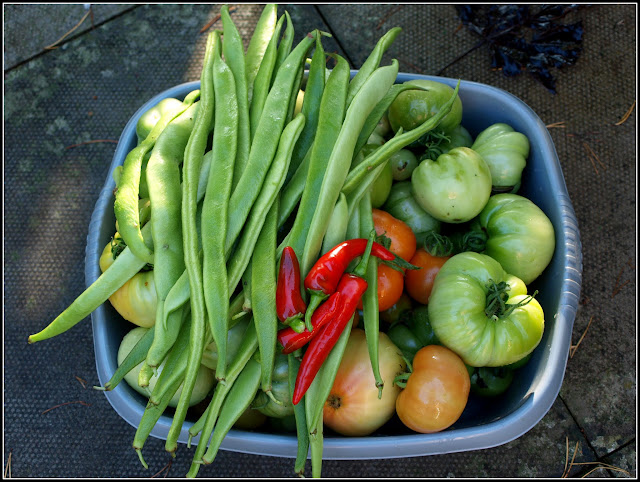 I pulled some more Spring Onions too, which went into the Chinese meal I described a few days back. 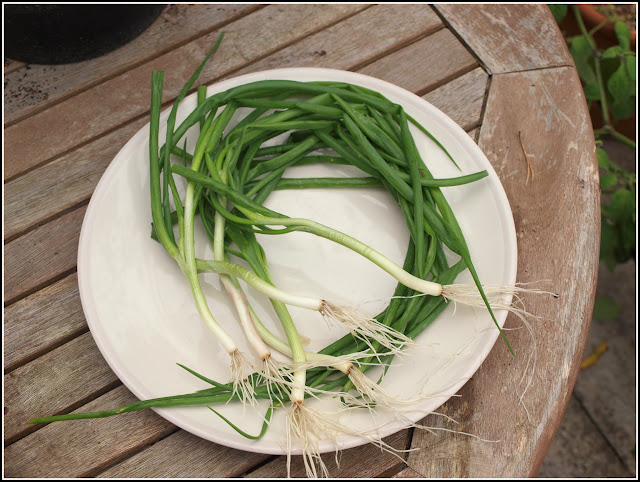 The cucumber plants are having a final fling. On Thursday I picked these four: 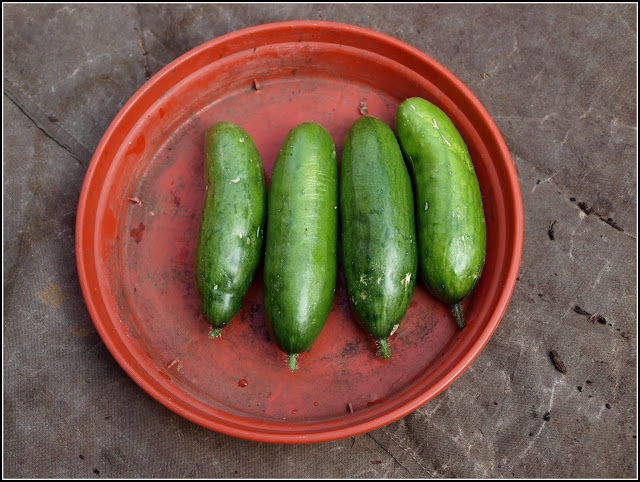 They are not prime specimens (although the one second from left is quite respectable), but even though the skins are a bit manky, the insides are all right. There are 3 or 4 more fruits on the plants too, though I doubt whether they will mature before frost takes them down.

The Autumn Bliss raspberries are still trickling in. 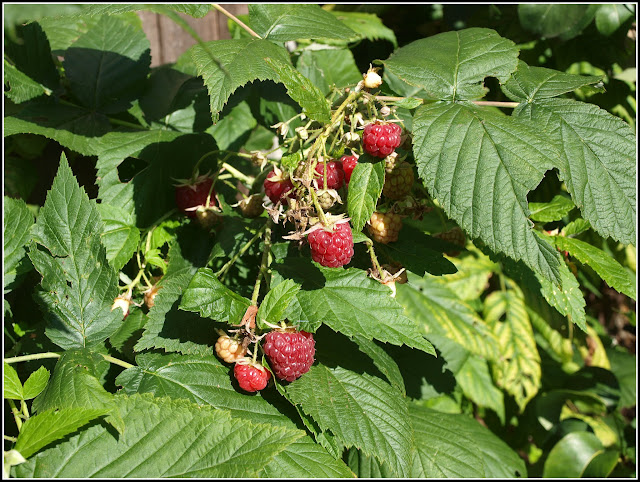 Not enough to describe as a crop, but still nice as a dessert ingredient. 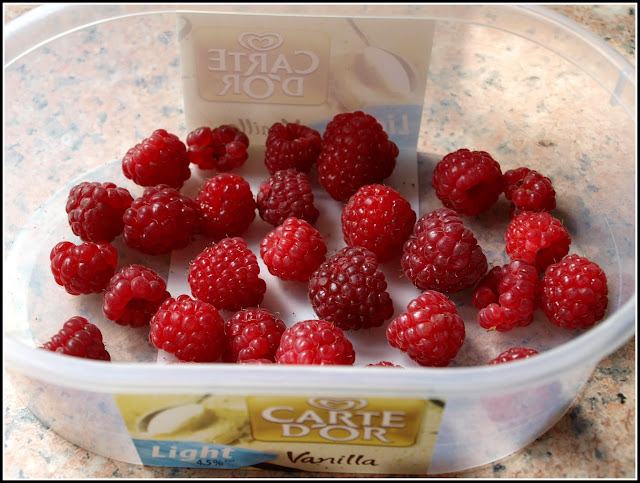 This is my contribution to Harvest Monday, hosted by Daphne's Dandelions. Please do go and have a look at what others harvested this week.
Posted by Mark Willis at 12:00