Taking down the tomato vines

Well, despite all the trials and tribulations caused by weather, pests and diseases, the tomatoes have given me a decent crop this year. 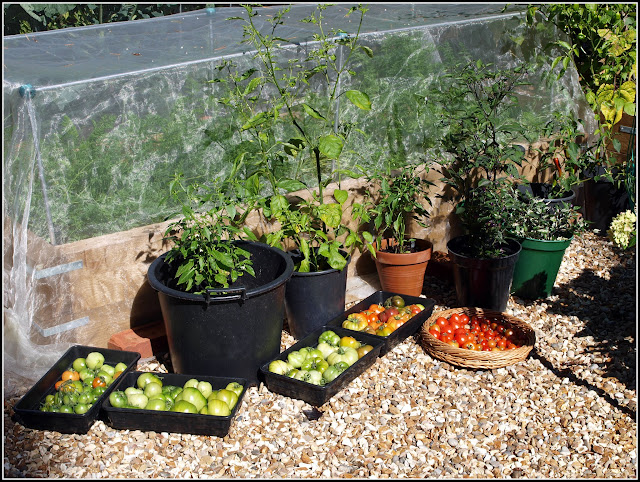 However, all good things come to an end some time, and for my tomato plants that was last weekend. After removing all useable fruit, I cut the plants down to a few inches above soil level. I did not compost them because many of them were infected with blight. Instead, they have gone into some sturdy old compost bags, awaiting transport to the municipal Tip.

The wall of the house is visible again! 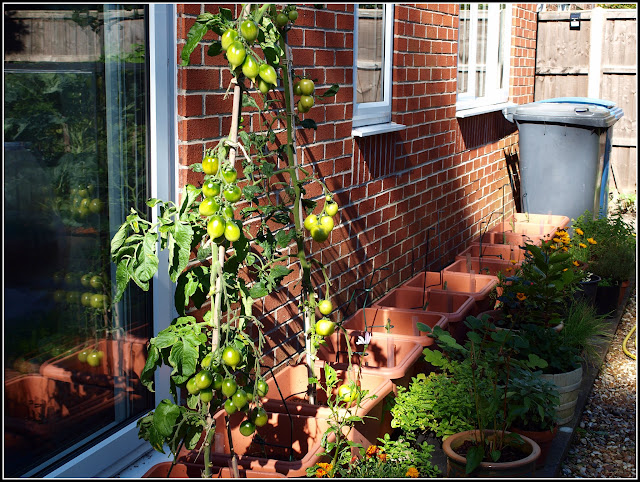 I left one or two plants for a little while longer, because we have had some quite nice sunny days recently and I thought the fruit would benefit from remaining on the vines for a few more days. The ones spared "the chop" were mostly the blight-resistant ones like this "Ferline" one. Some of its fruit has already ripened and been used, but as you can see there is still a fair bit left. 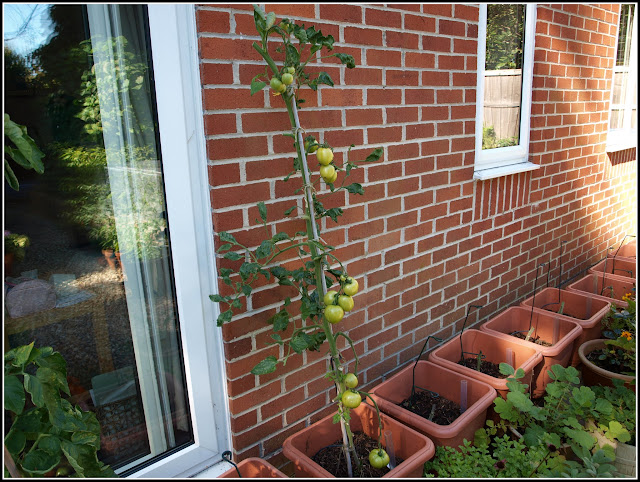 A bit further along is "Crimson Crush", a new variety also with high resistance to blight. We have eaten some of its fruit and our verdict is that in taste terms it's OK but not as fantastic as it has been made out to be. Still if it will resist blight, it is likely to become popular. 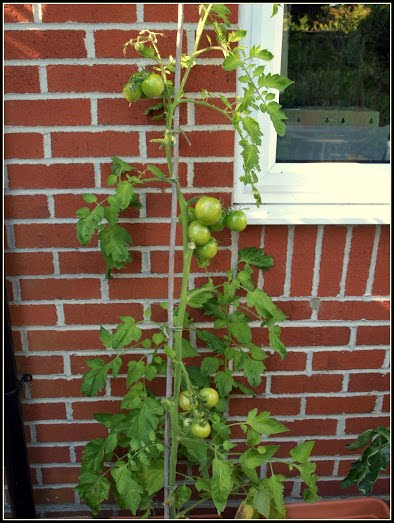 I now have the unlovely task of disposing of the spent compost. I am not going to use it on my garden, because I know that it is contaminated to some degree with weedkiller. Remember this? 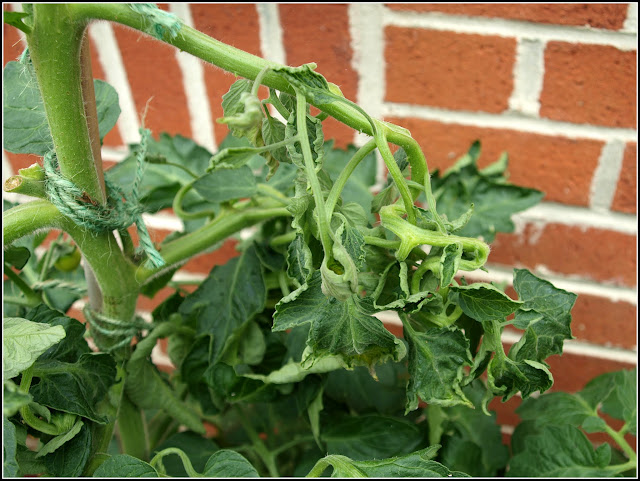 More trips to the tip will be necessary...
Posted by Mark Willis at 12:00