Most of my chilli seedlings are doing OK, and growing rapidly under the lights. I reckon they will be strong enough to move out onto the windowsills within the next few days, so it is time to sow the Tomatoes, who will be next into the Growlight House.

[Actually, the Tomato seeds were sown on Sunday 22 March, but I wrote this post for later publication via Blogger's Scheduler facility, since I was going away on business for a few days.]

Just like with the chilli seeds, I was spoilt for choice. I have loads of tomato seeds; some that I have bought and some that I have been given by friends. There are certain types that I like to grow every year, but I always like to try some new ones too - particularly ones that have been supplied and recommended by friends. Shown in the photo below are the ones I initially selected to grow. I say "initially" because things didn't go exactly according to plan. More on that later. 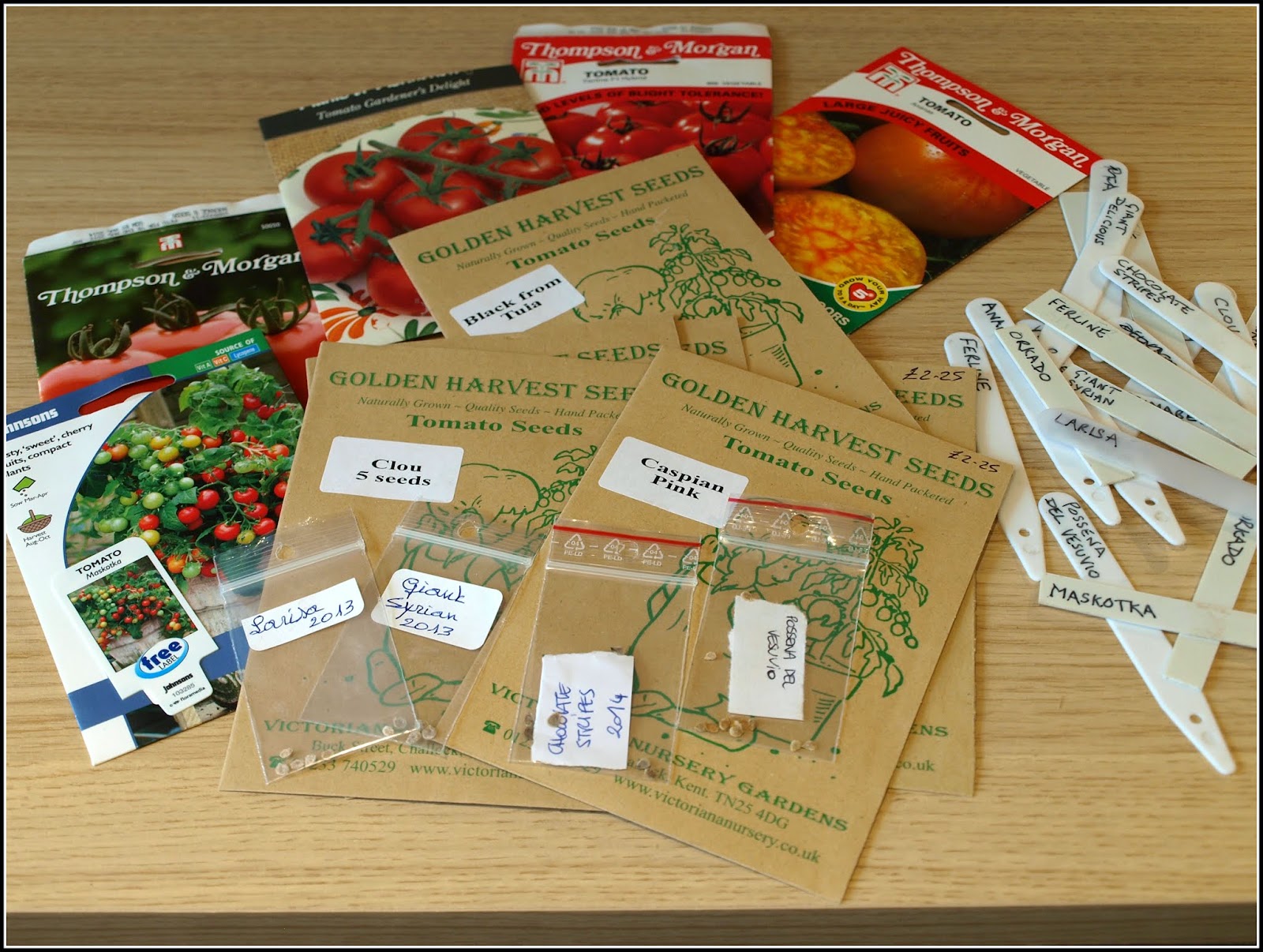 My plan was to grow 18 tomato plants. Most of you will know that I am perennially short of space so I grow my tomatoes in containers.

My normal technique is to sow two seeds in every container, aiming to pinch out the weaker seedling if they both germinate. The containers are old Elmlea (low-fat cream substitute) pots, which are a good shape - tall and narrow. Being tall allows the seedlings to achieve a decent depth of root before needing to be transplanted, and being narrow means I can fit lots of them in a seed-tray! 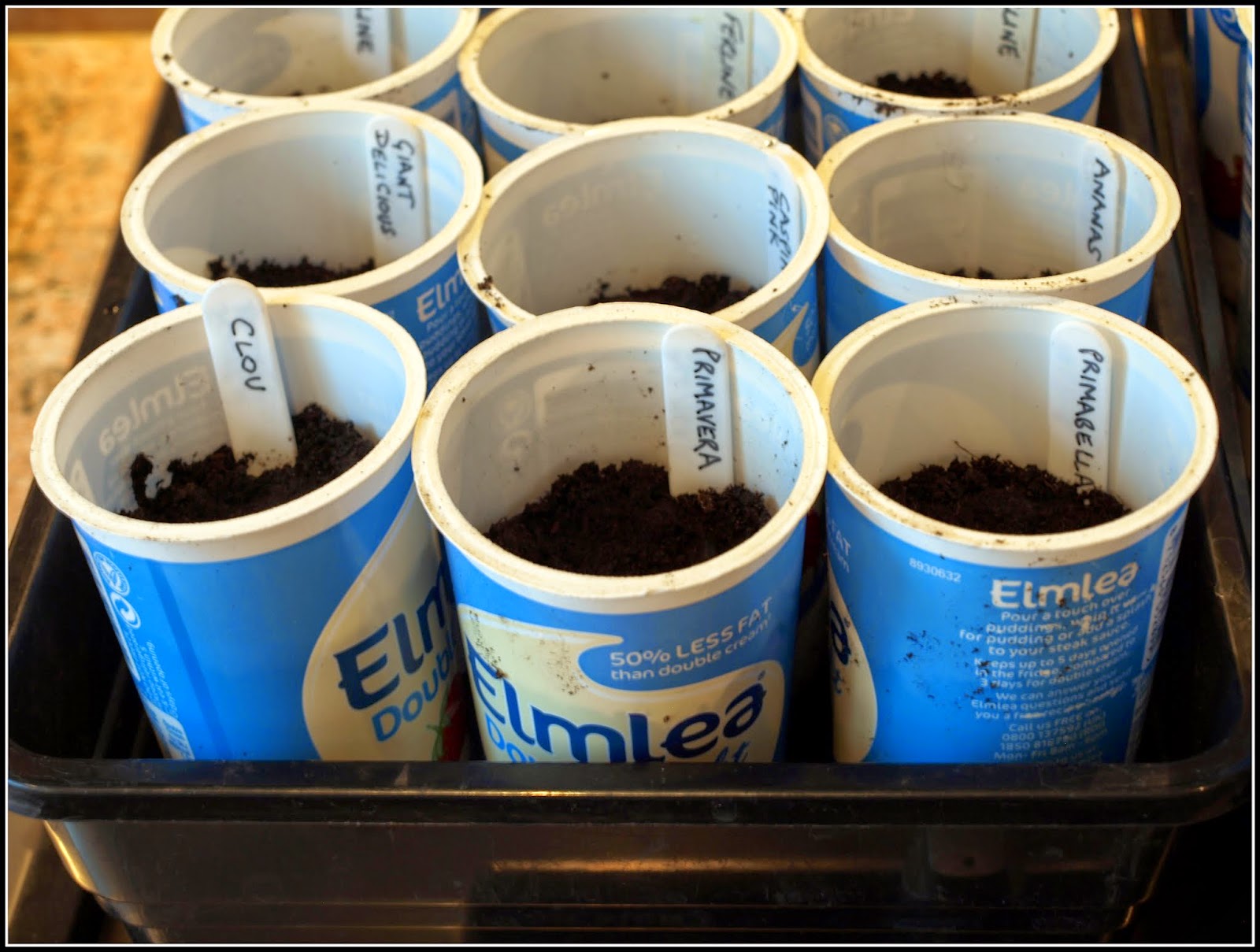 I fill each container about two-thirds of the way up with general-purpose compost, from which I have picked out any big lumps. I do this the day before sowing, and keep the containers indoors overnight to warm up the compost.

The seeds are then put in position manually and pushed down just under the surface of the compost. I use a plastic plant-label for this. Of course it is also vital to label the containers so that you will know which ones are which. Then the containers are gently watered with warm water. The final stage is to slide them into large clear plastic bags, pegged shut, which will help to keep the humidity high. Unlike the chilli seeds, I am not giving the tomatoes any additional heat. The trays of containers will sit on a windowsill for now, benefitting from the heat of the radiator below during the day. The room in which they will live is equipped with an electric heater set to come on if the temperature falls below 15C, as it may well do at night-time.

The unexpected change of plan I hinted at earlier came about when I opened the packs of "Orkado" and "Ferline", which were remainders from last year. I realised that there were only 3 seeds of each type left. These (along with "Maskotka") are Must Have ones which I grow every year now. Obviously my "two seeds in each container" thing was not going to work, so I put one seed of each type into three containers. 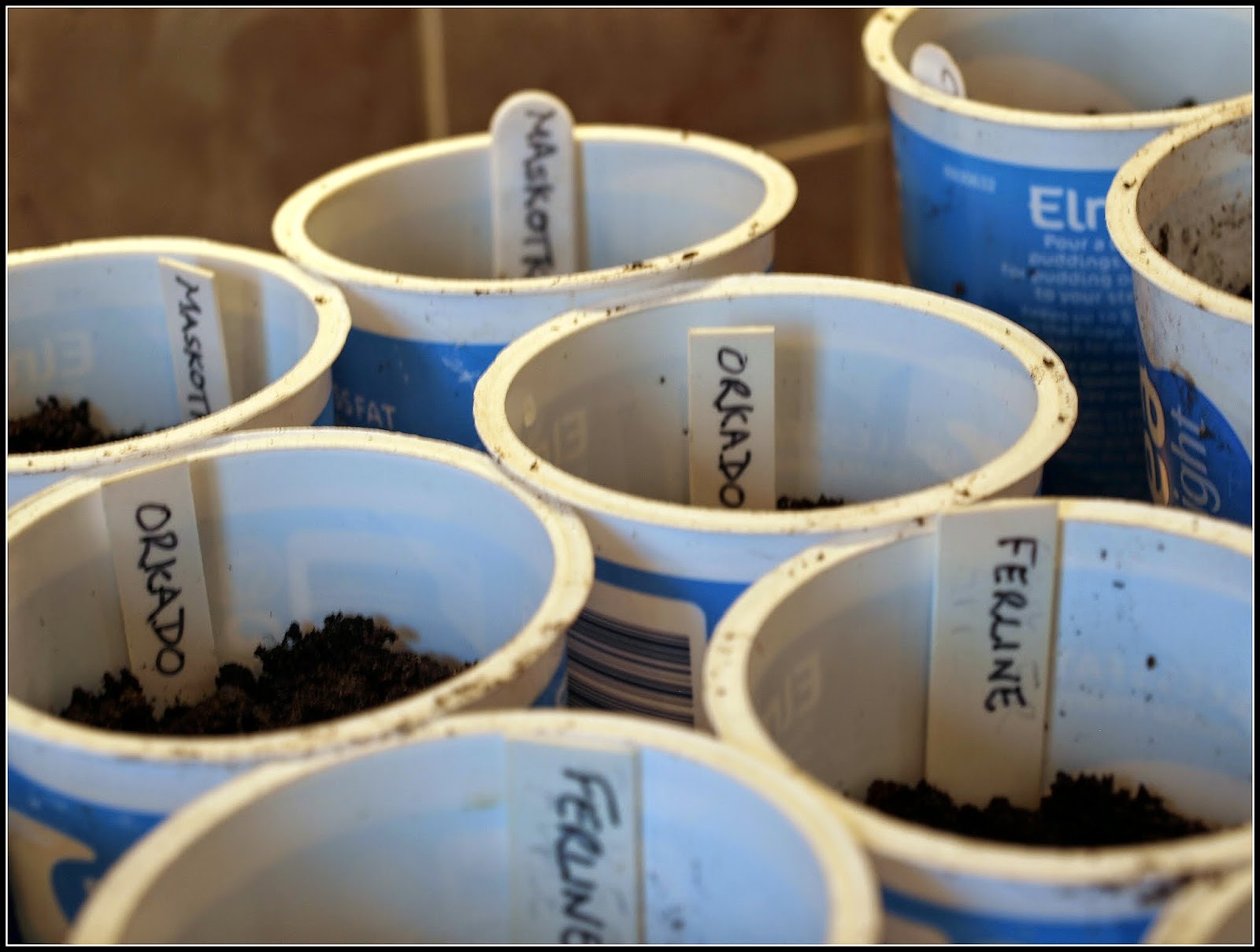 If they all germinate I will therefore have a spare one of each, which is never a bad thing. I know that if I have too many tomato plants I will easily be able to find homes for them. (Rosemary, are you reading this??)

Then I changed my plan again. I suddenly began to think "What happens if NONE of my favourites germinate? I'll be left really short of "standard" tomatoes". Furthermore, I realised that if was going to sow more than 15 pots, I might as well fill two complete seed-trays - in other words 30 containers. 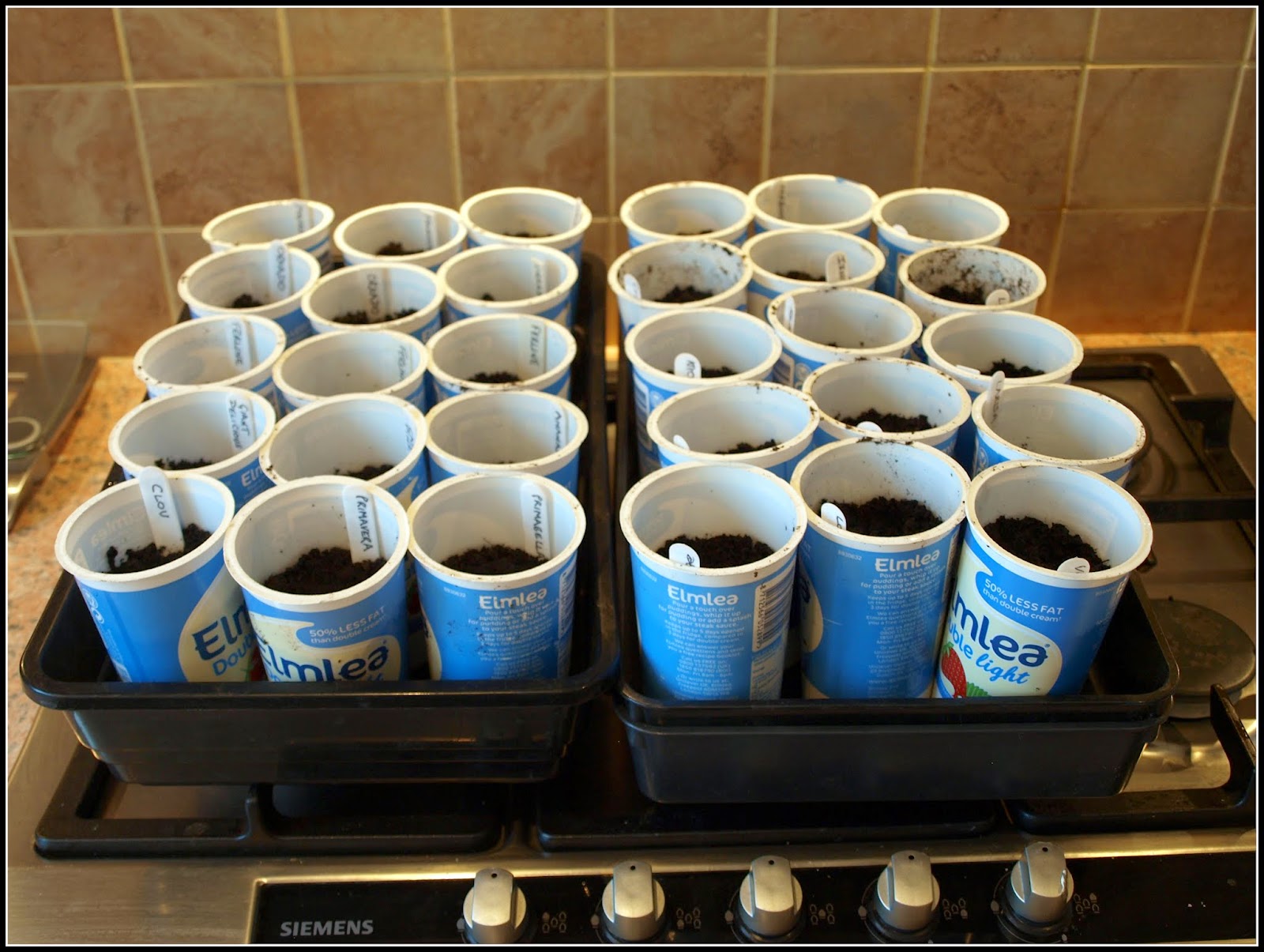 Because of this, a few more tomato seeds just made it onto the 2015 grow-list. Three of "Harbinger", and one each of "Cherokee Purple", "Gardeners Delight" and "Ace 55". The latter is a variety that I inherited from a contact on Twitter, who was having a clear-out. One way or another, I should have a fairly varied selection of tomato plants to choose from!

Before I finish today, I want to make particular mention of the varieties "Clou", "Primavera" and "Primabella".

These are all products of a German breeding-programme aimed at developing blight-resistant tomatoes. Blight is a devastating disease and strikes most gardens in our country most years, so plant varieties that can resist it would be hugely welcome. These three are new types that I have never encountered before, so I will be very interested to see how they do. If you want to get some for yourself, they are available in the UK from Victoriana Nursery Gardens, to whose proprietor Stephen I am indebted for these trial seeds.
Posted by Mark Willis at 12:00