This year the Purple Sprouting Broccoli has been very good. The quality has been good, and the timing has been good. Much as I like PSB, I don't want it all to come on at the same time. It doesn't freeze well, and is best eaten as soon as possible after harvesting.

This is a "Red Spear" plant moments before cutting - at its best. 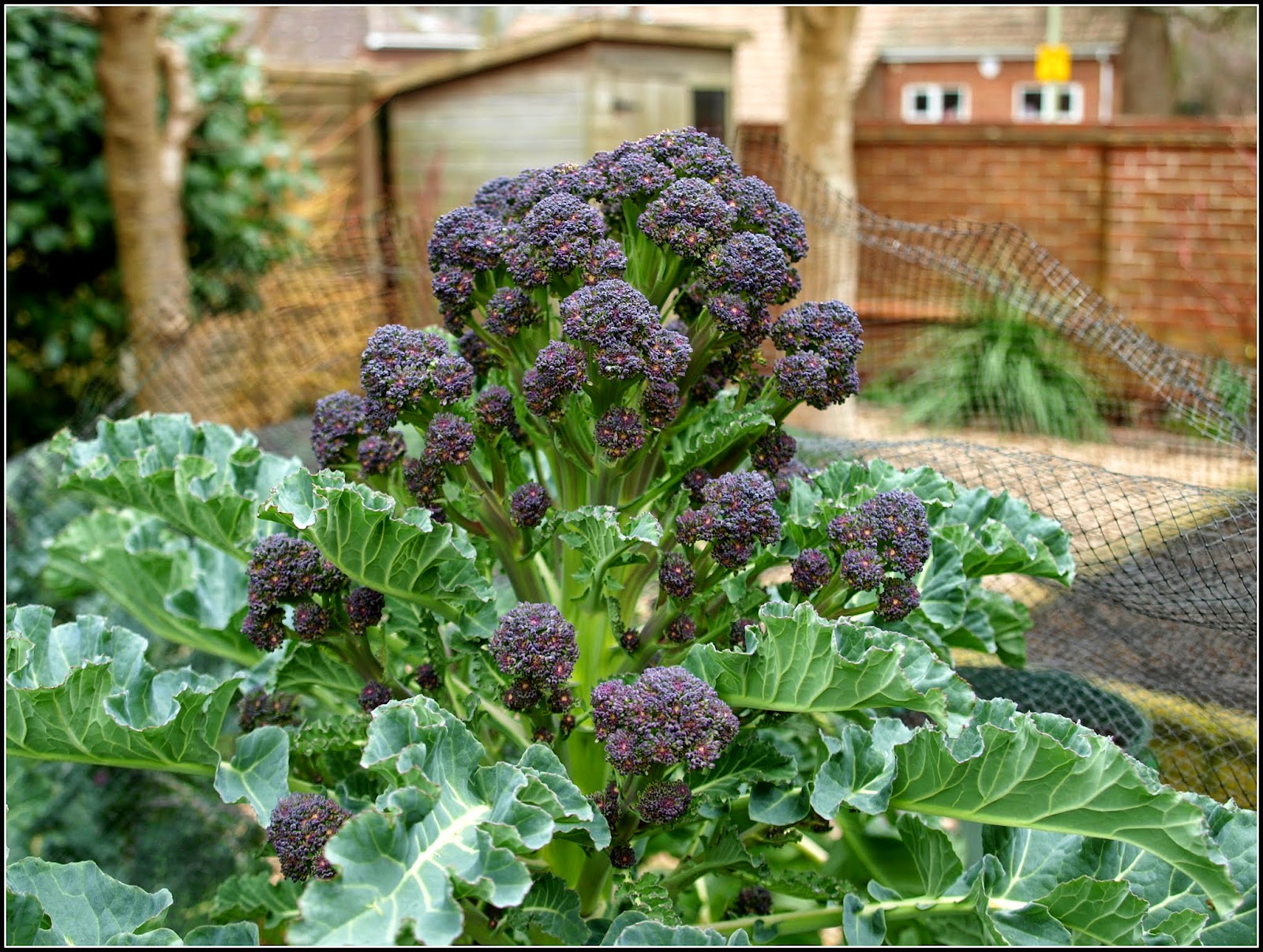 This, on the other hand is a "Rudolph" plant putting up another flush of little spears three weeks after the main head was cut. They are not as big or as succulent as the first lot, but acceptable nonetheless. 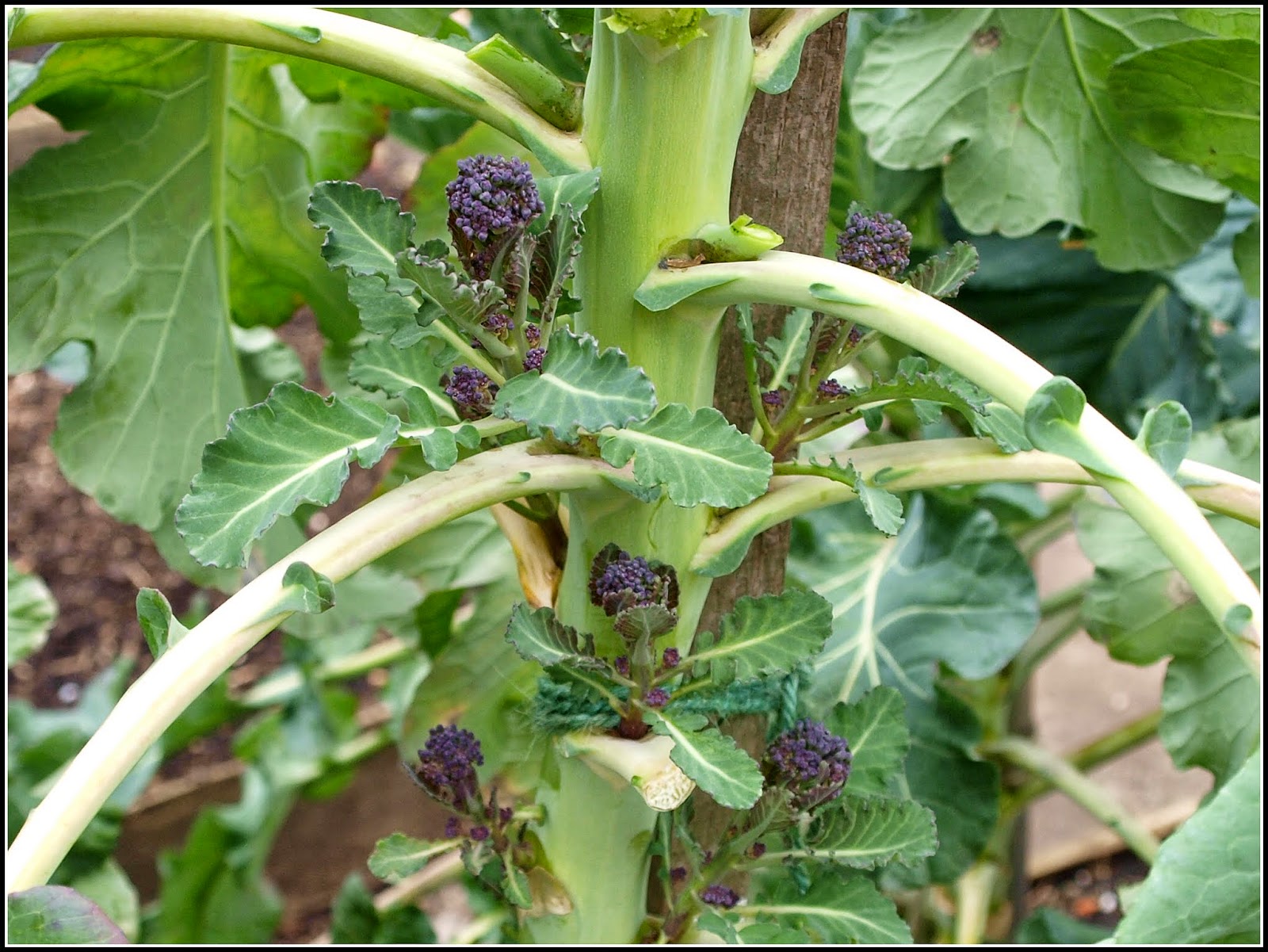 Meanwhile, this is "Red Arrow", biding its time. It has a tight cluster of nascent spears snuggled down under the leaves, just waiting for the right moment to spring into action. 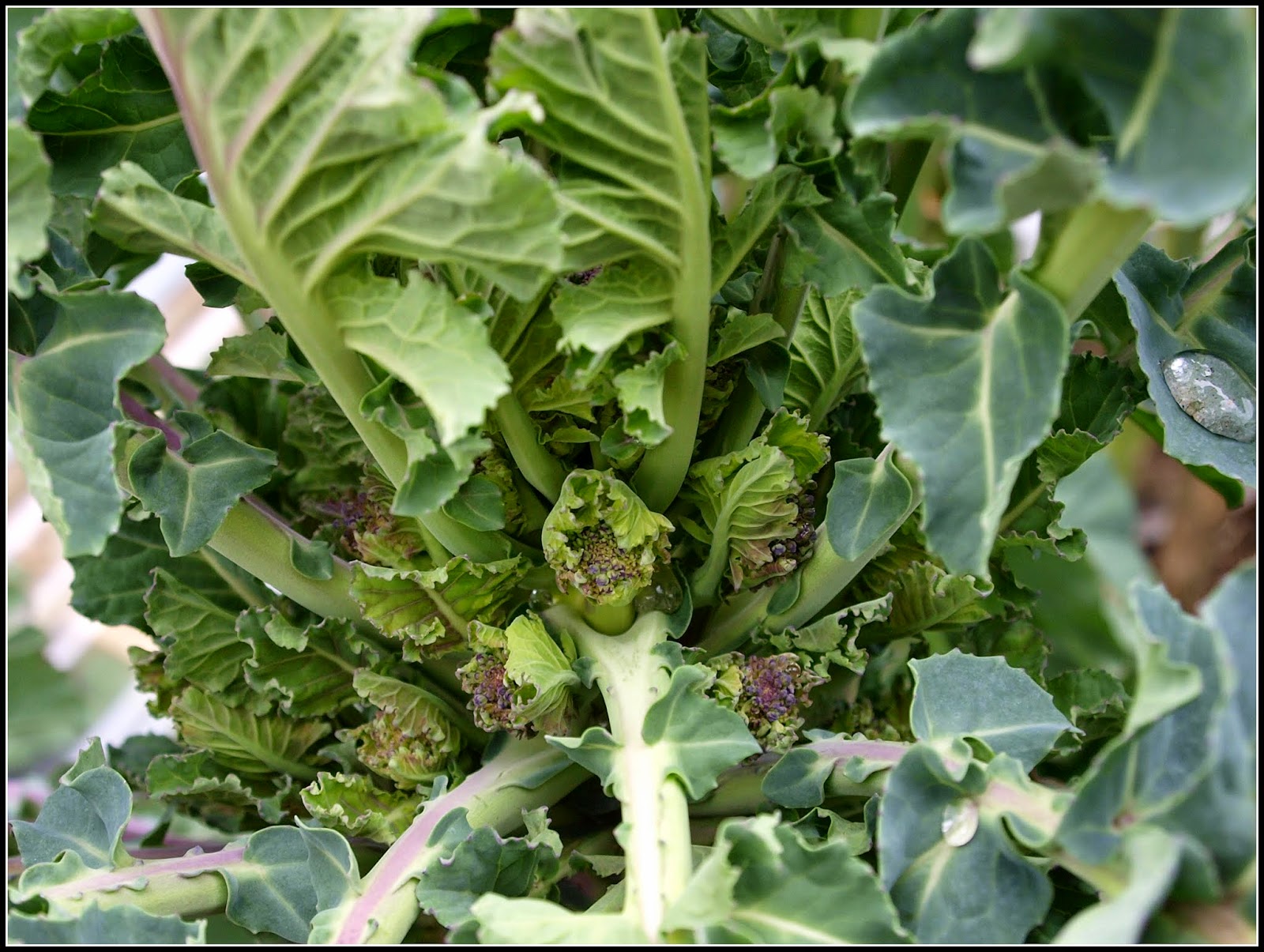 This year my four different varieties of PSB have all developed at different times, which is just what I wanted. It spreads the harvesting time over a period of about two months. The crop has been coming on at a rate with which we can keep pace. Enough for us, but also some to give away, because our daughter Emma and her husband Dave like it as much as we do and it is nice to be able to give them some sometimes. 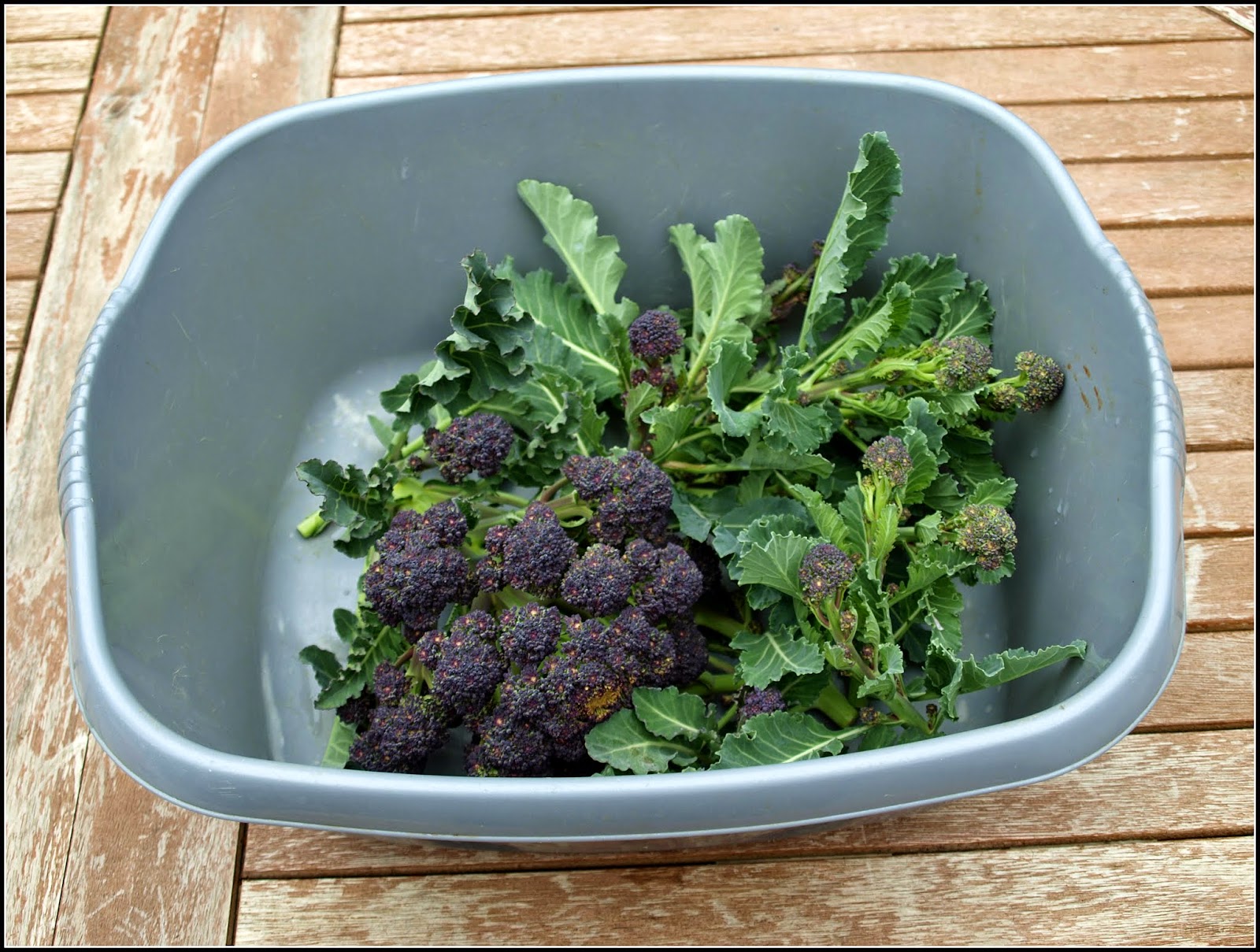 For the record, the order of maturity has been: Rudolph (Feb), Red Spear (March), Red Arrow (soon - probably early April) and Early Purple Sprouting (Despite its name, looks like being ready last - late April I would say).  They were all sown at the same time, in the first week of May 2014. 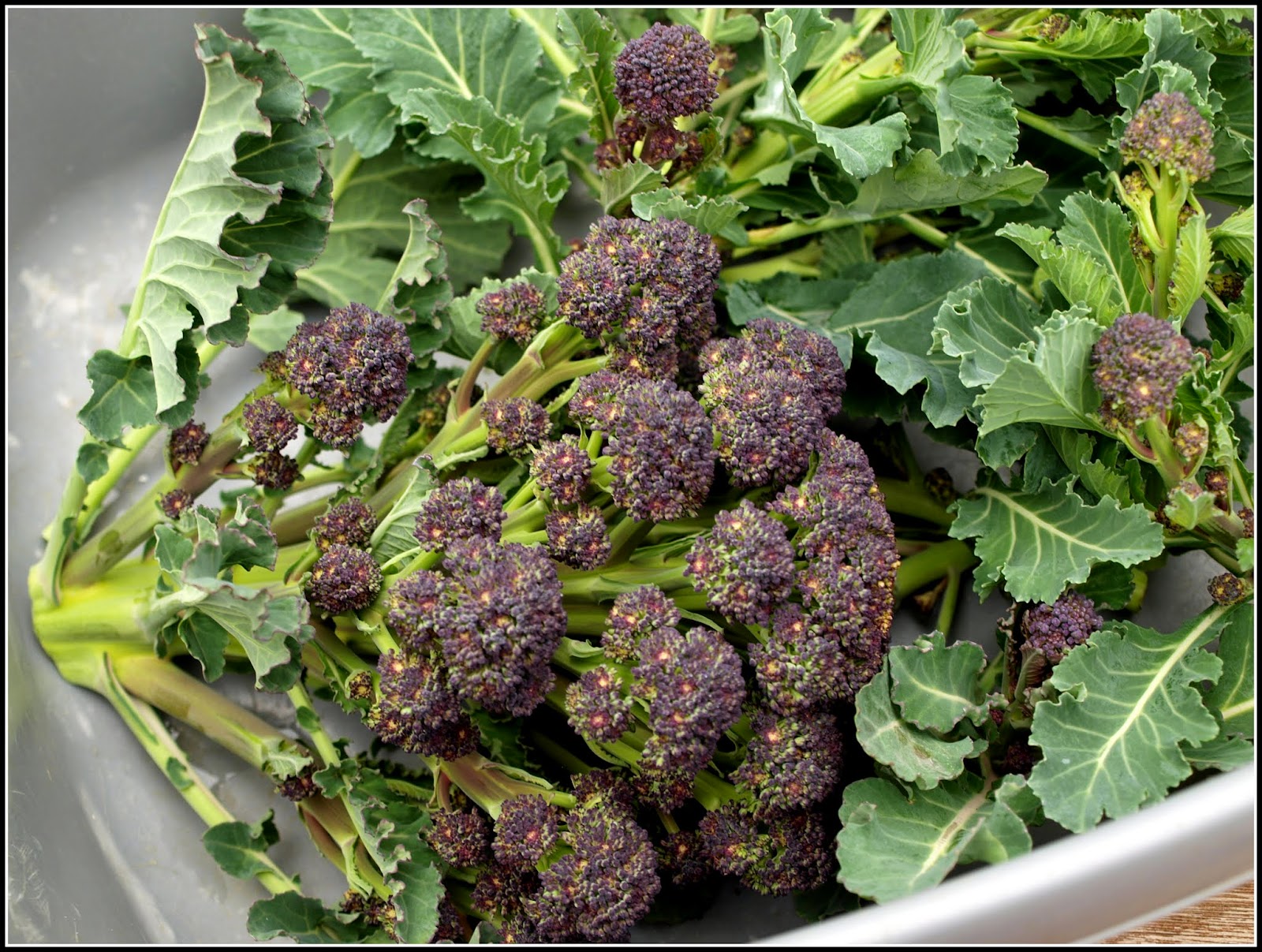 Having grown PSB for many years, I think the key to success is to get the plants to grow as big as possible during the Summer and Early Autumn, because after that they hardly grow at all. This means that you need to sow the seeds promptly. Anything after the end of May would be too late, in my opinion. Last year I also went to great lengths to protect my PSB from butterflies / caterpillars. If you don't keep on top of this they can damage your plants a lot and weaken them. This year I will try the same approach, using my Build-a-Ball kits and netting.
Posted by Mark Willis at 12:00