In my Army days the "Six P's" (actually there were seven, but I've omitted one for politeness' sake) was a well-recognised approach to any task - "Proper Preparation and Planning Prevents Poor Performance". These days I apply the same principle to my garden. Over the last few days I have been preparing some of my raised beds for planting and sowing. 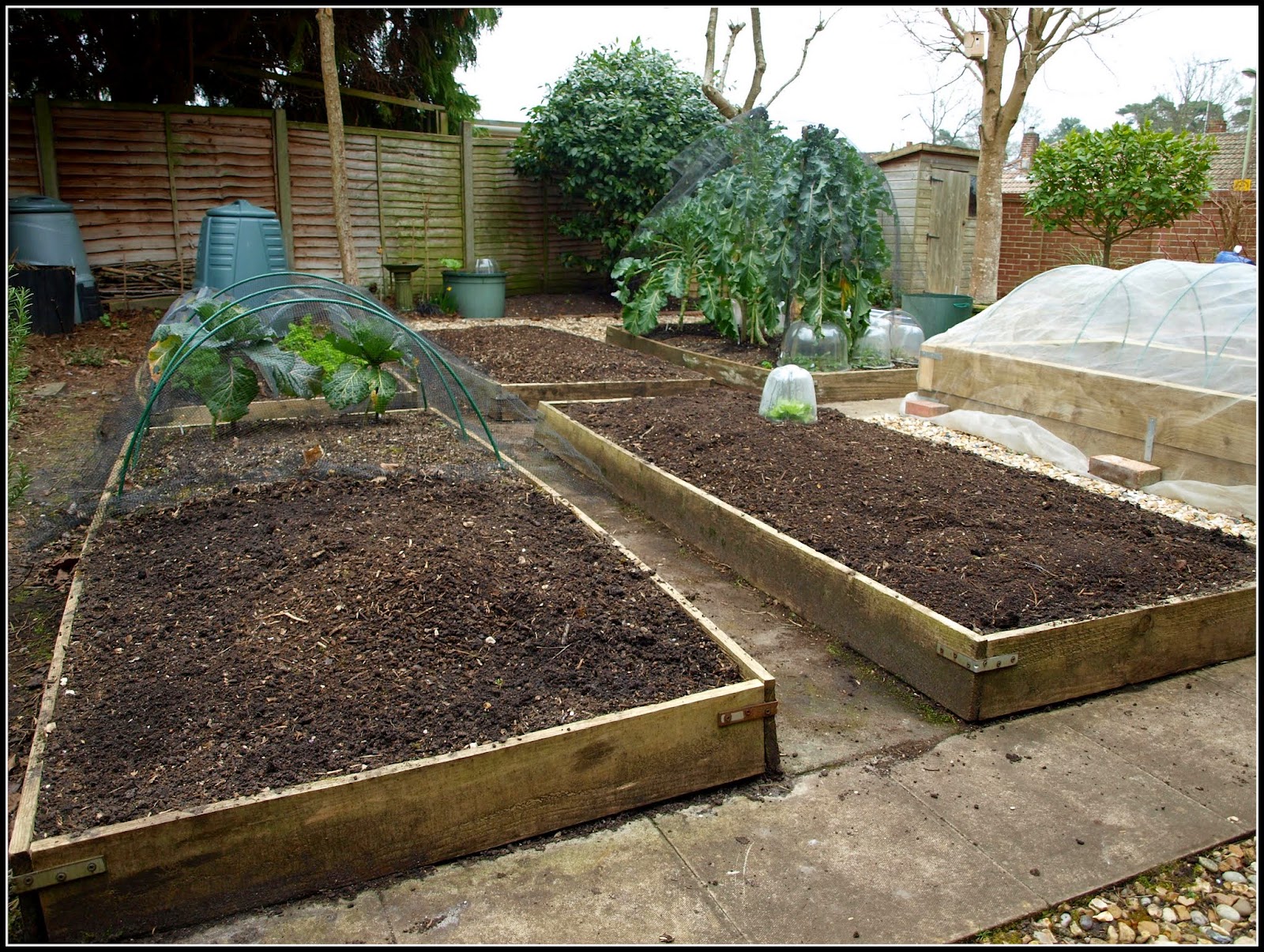 A couple of weeks ago I covered them with a thick layer of homemade compost, and this has now been thoroughly incorporated, thanks mainly to the efforts of a few energetic Blackbirds, who have comprehensively scratched it over in their search for edible insects. My task therefore was to get the soil to the right texture for sowing / planting.

I raked up the top layer, still full of twigs and such-like from the compost, and passed it through the garden sieve. This was easy to do because the ground is really dry at present. It would be much more difficult if it were wet. The twigs went back in the compost bin to continue de-composing. 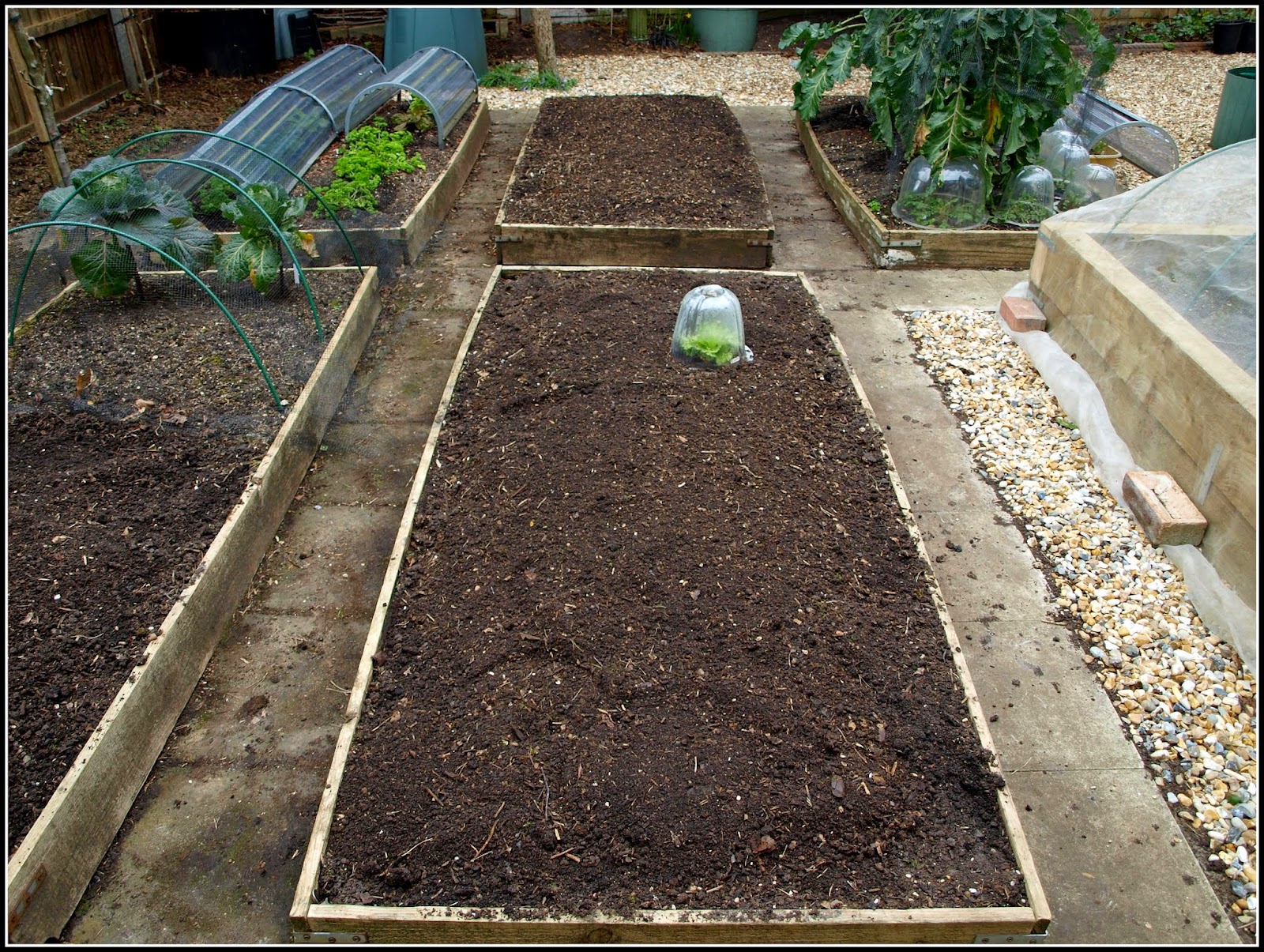 The photo above illustrates very clearly the sparseness of crops in my garden at this time. Straight in front (at the far end of the nearest bed) there is one lonely Chicory plant under a cloche. I hope it will be used in a salad in the next few days because this bed is destined to play host to the Broad Beans very soon.

Over on the right in the far corner you can see the PSB, cropping well at present, with Landcress under cloches around two sides of the bed. The big new raised bed seen at the right (covered with Enviromesh) is now sown with Carrots and Beetroot.

At the left, there are two rather small "Tundra" Cabbages under netting supported by hoops. 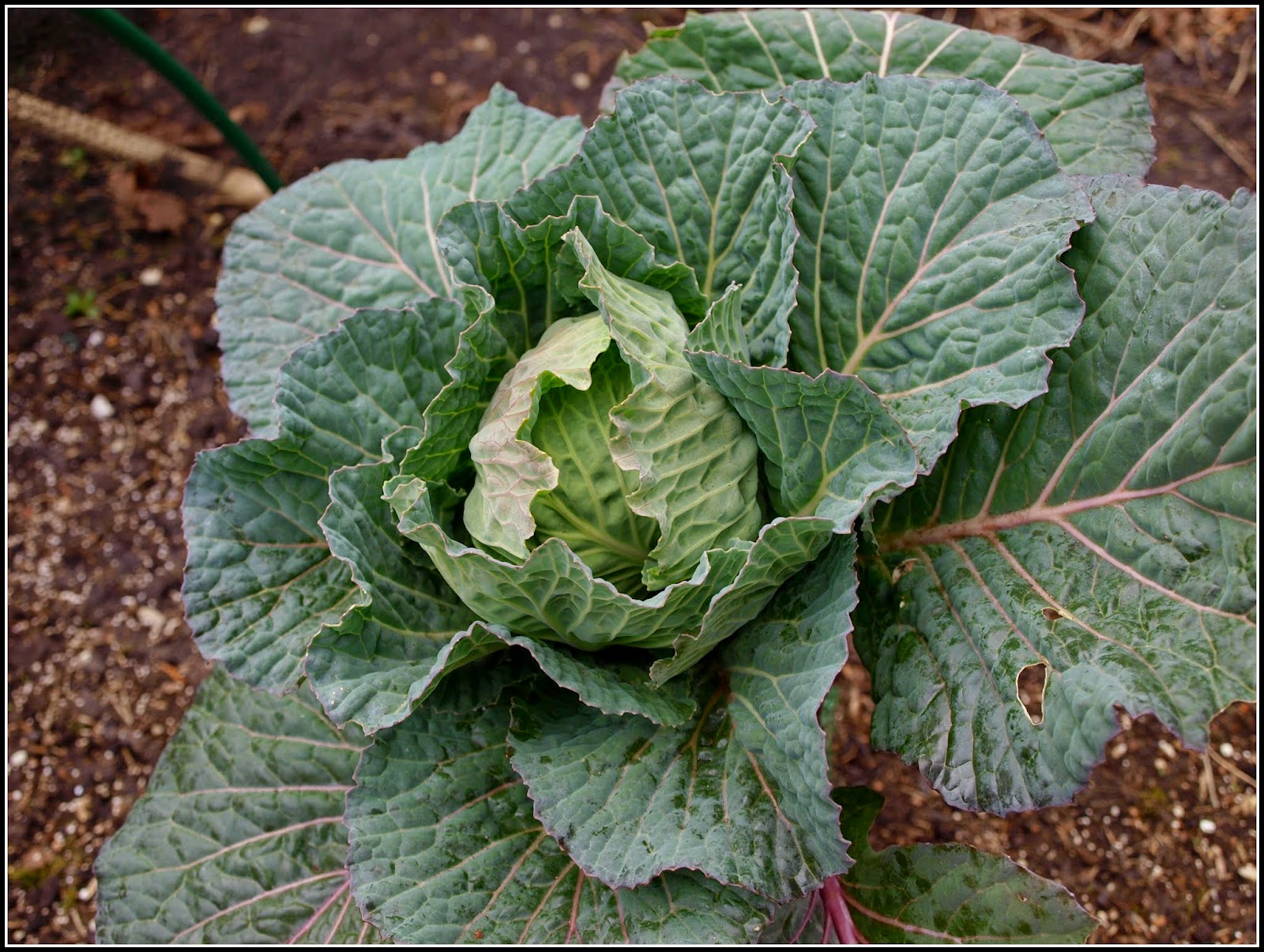 These too will be coming up soon, because I want to get going with salads in their place. Beyond them, mostly under cloches, are the over-Wintered Parsley and Lettuces. One of the long cloches has been diverted to provide cover for the Broad Bean seedlings, still in their little pots (not for much longer though).

What I need now is some heavy, prolonged rain. I know many people will think it is odd to be wishing for rain, but the soil in my garden is very dry indeed at present and needs a good soaking. I really don't want to get out the hosepipe just yet! You can probably get an impression of how powdery the soil / compost is from this next photo: 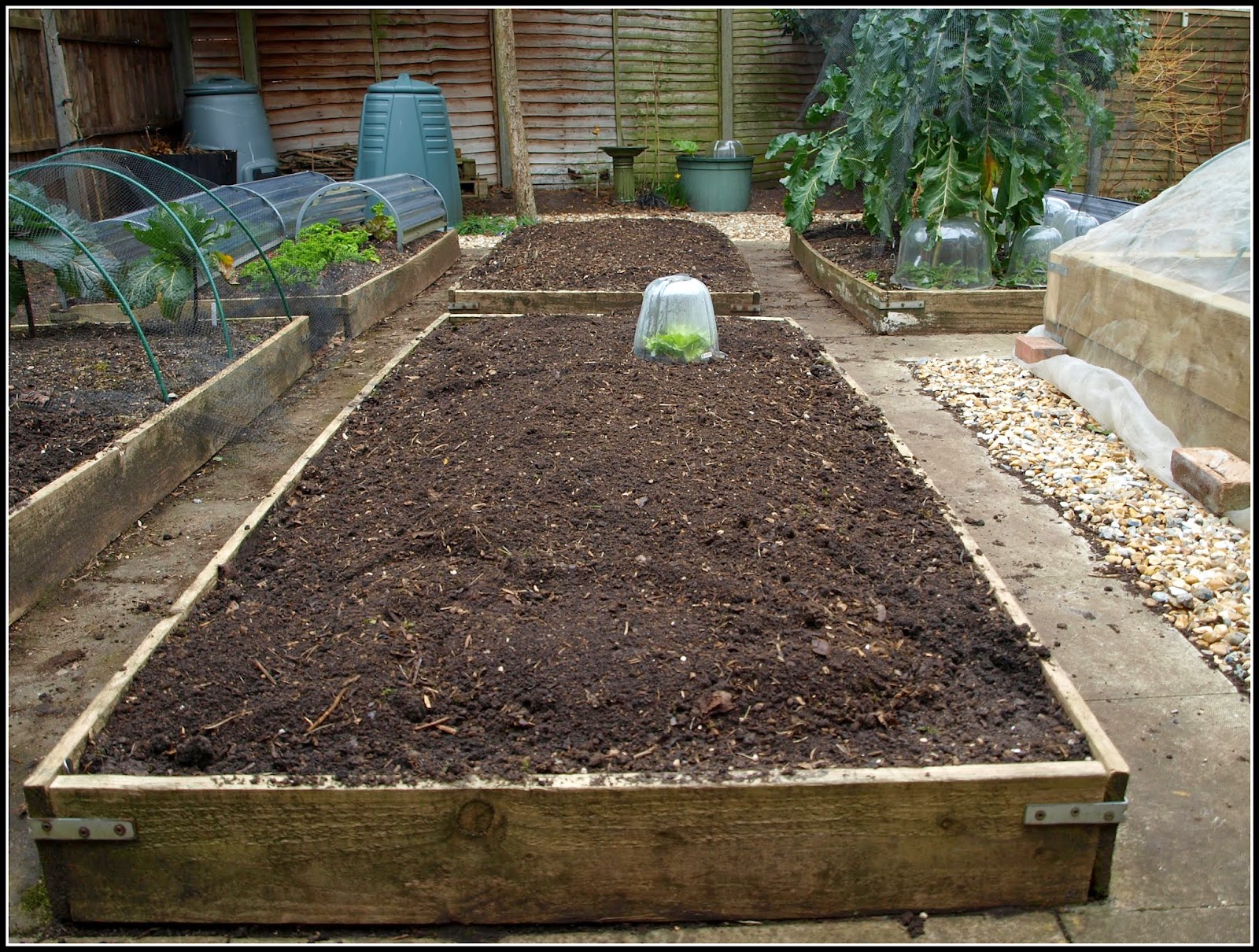 When the PSB has finished, I plan to build another of the new-pattern deep raised beds. This will be a great help at times like this, because my older beds are really too full, and I seem to spend far too much time putting back the compost that the Blackbirds have kicked off them. With the deeper beds they won't be able to do that any more.
Posted by Mark Willis at 12:00