I made a game casserole in my usual way, but this time I added some button mushrooms and some chestnuts (foraged last Autumn and kept in the freezer). The meat was a mixture of Venison, Partridge and Pheasant. I also cooked some buttered new-season carrots with Parsley: 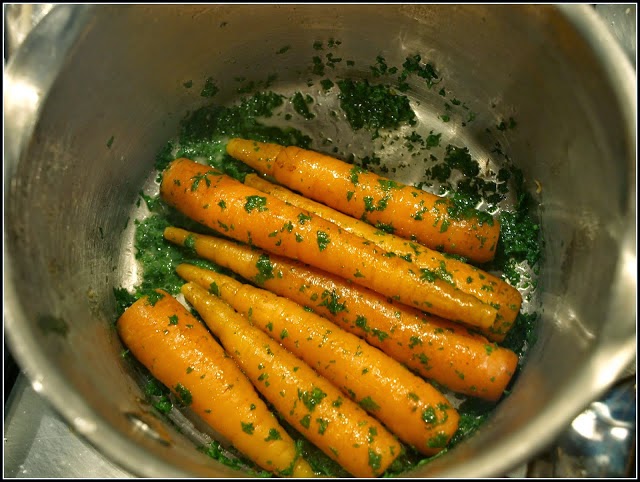 And some home-grown Purple Sprouting Broccoli: 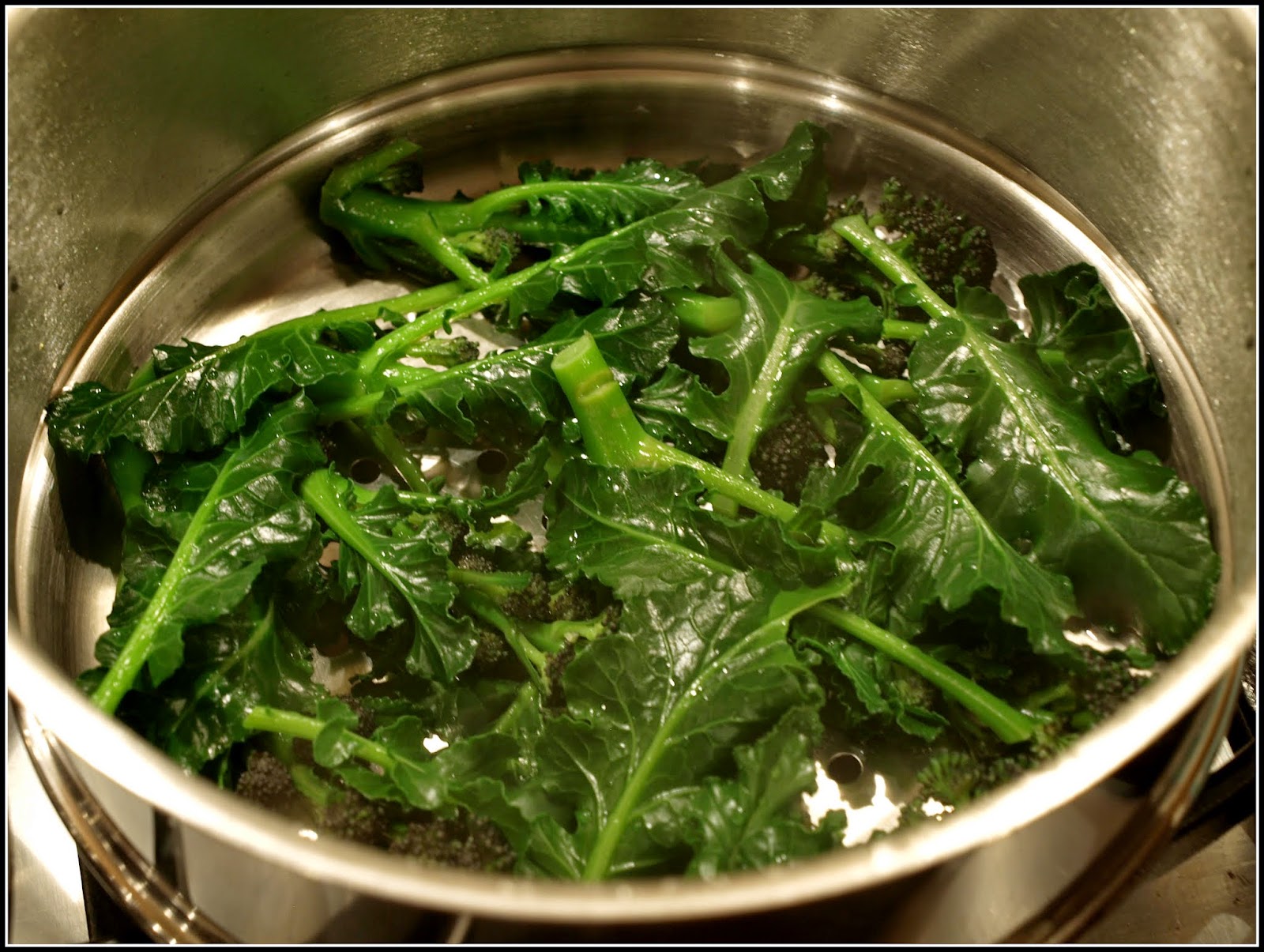 The Yorkshire Puddings didn't turn out exactly as I had envisaged them: They didn't rise very much and went very brown at the edges (Jane tells me that I probably had the oven too hot), but My Goodness they were nice! Although "Well Done" they were crisp, not hard, and probably the tastiest Yorkies I have ever had. (I ate 3 of them. No let's be honest, 4. I had another one later, before going to bed.)

Since they didn't rise as much as anticipated, I served the Game Casserole alongside them, rather than inside: 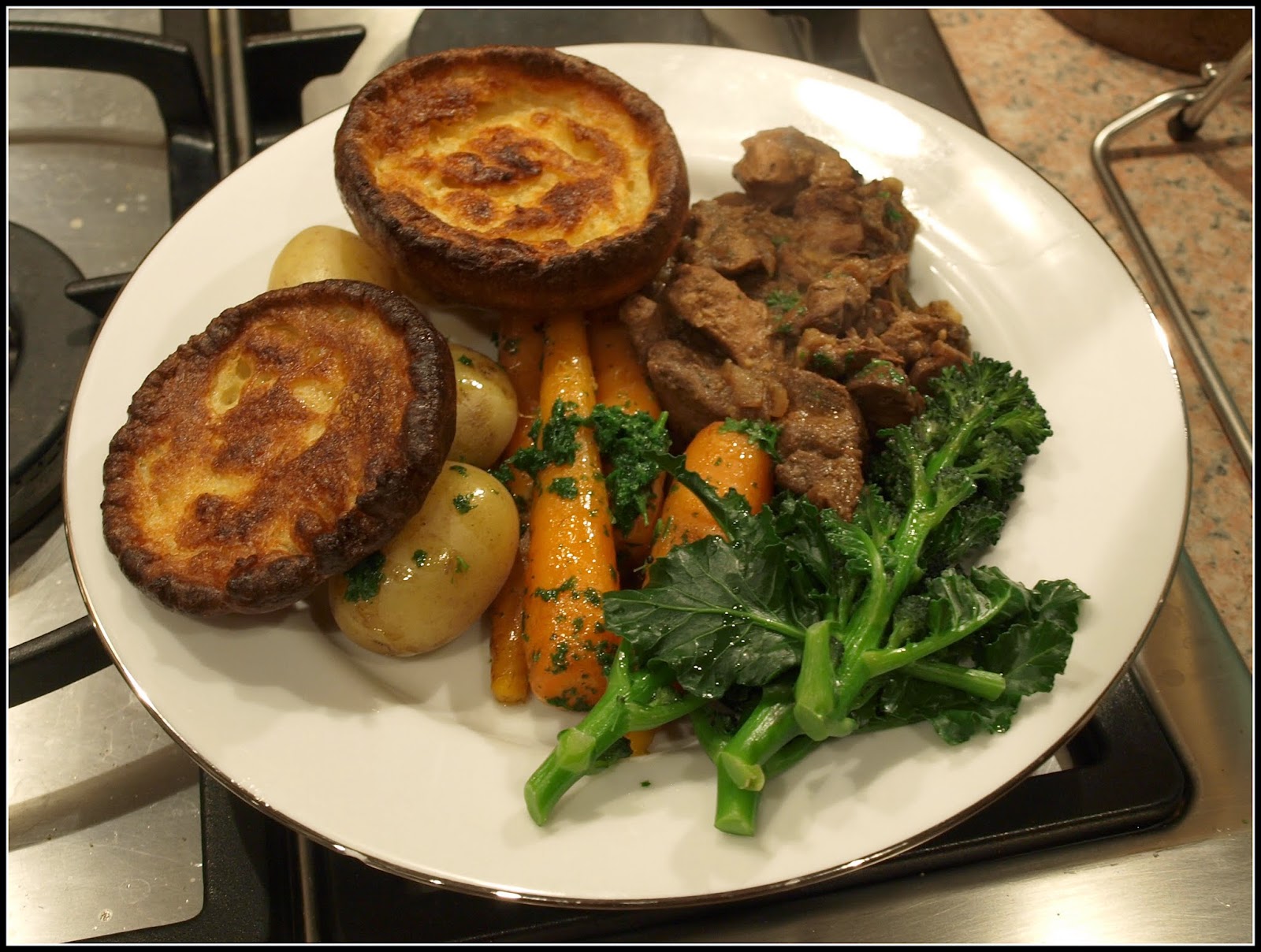 One of the reasons why the Yorkshire Puddings didn't rise so well was perhaps that the batter mix was not exactly right: I followed Hugh Fearnley-Whittingstall's recipe but it makes a lot of batter so I halved it. However, I decided that it was impractical to precisely halve "two whole eggs and one egg-yolk" so I used two whole ones. This may have affected the balance - but it evidently enhanced the flavour, so it was a "happy" mistake. 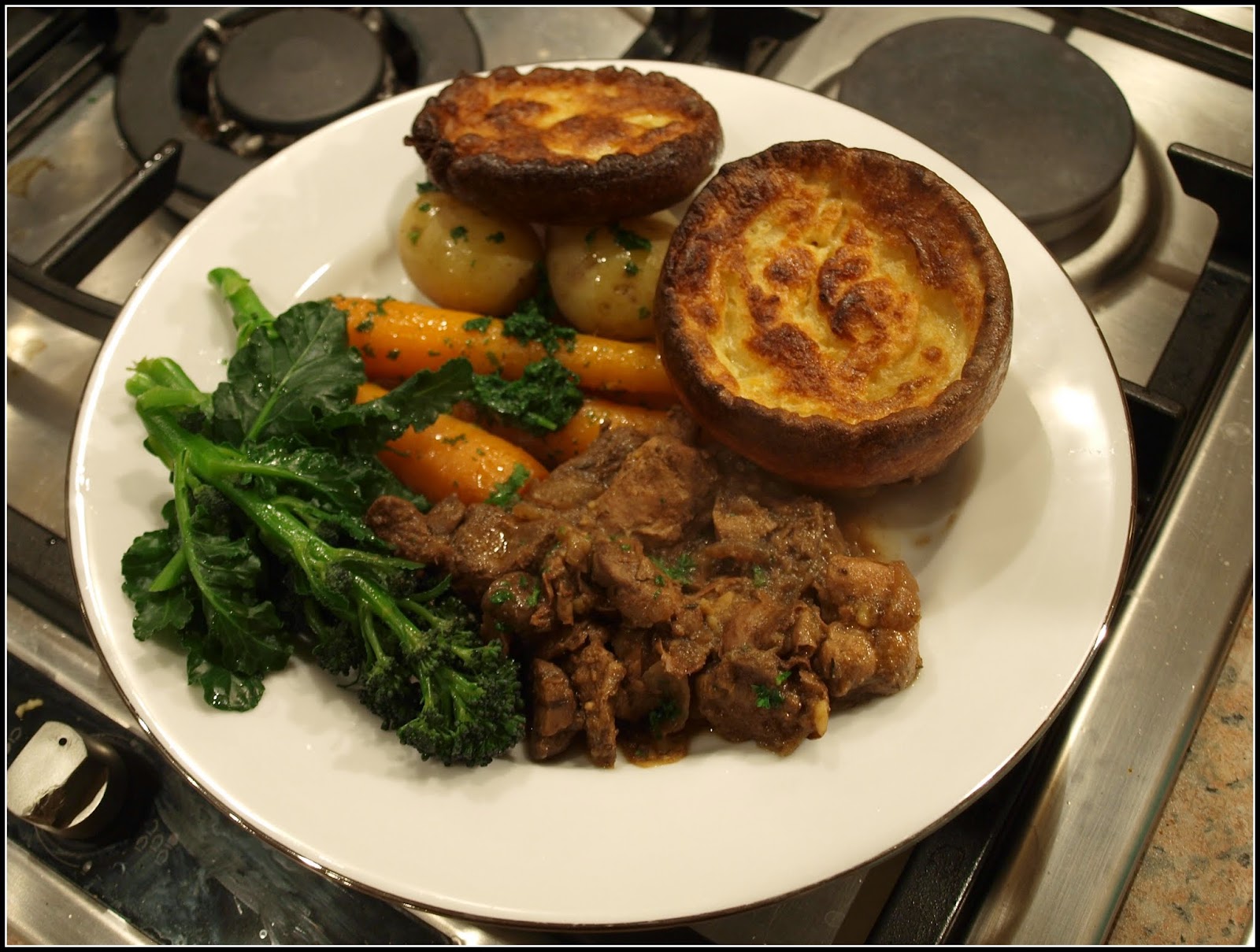