Grow Your Own magazine

From time to time people contact me to ask if they can publish something they have seen on my blog. I have had several photos published in books, and my veg-plot has been featured in magazines a few times. Recently I was approached by a representative of "Grow Your Own" magazine to ask if I would write a little piece about my garden. Well of course I said Yes!

You can see the article in the April edition of the magazine, page 42, under the heading "Show us your plots!" [With a title like that I'm half expecting to receive a call from MI5...] 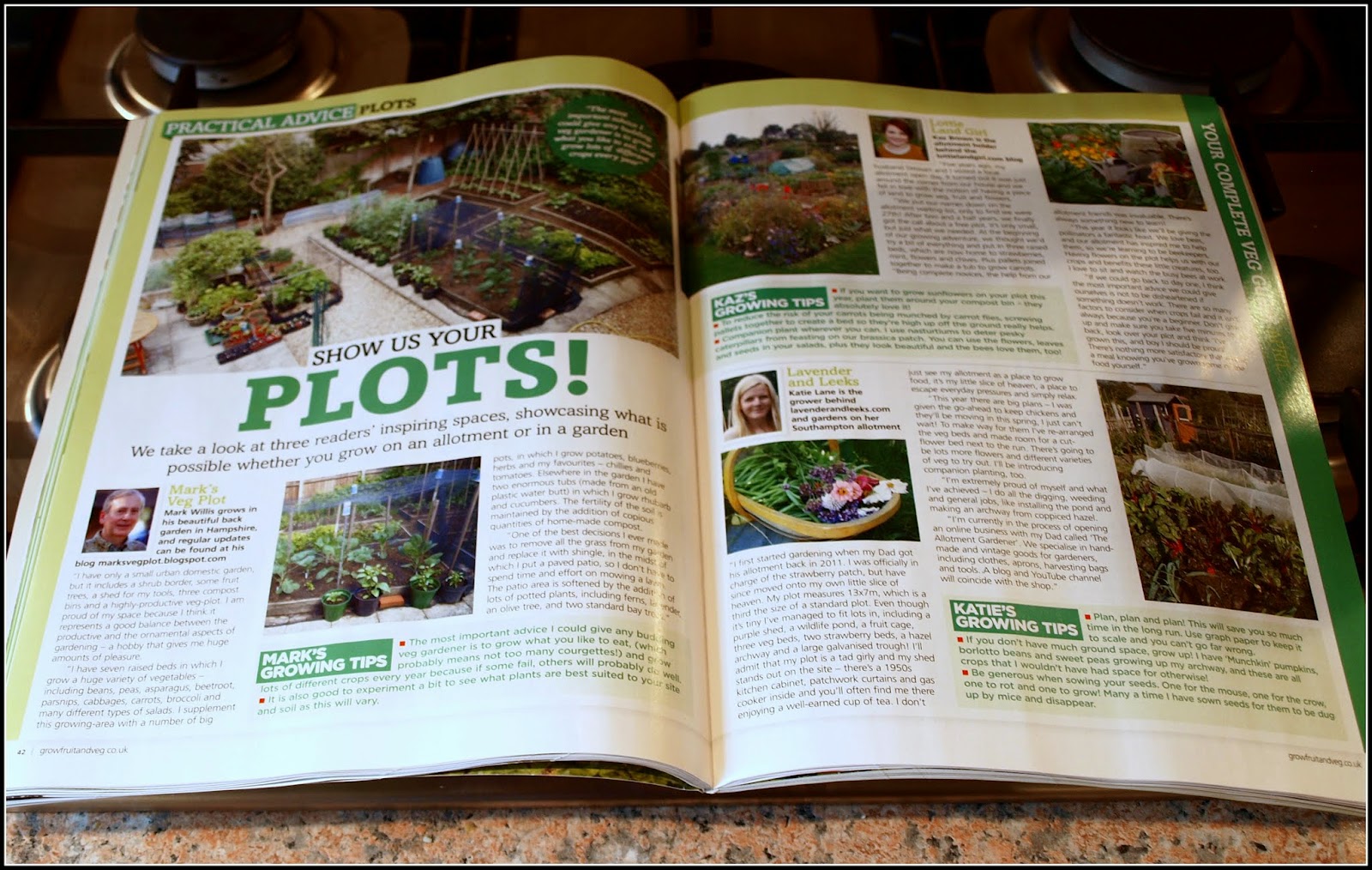 I had to laugh when I saw it, because the big photo of the plot which they have used is printed "back to front", so everything looks wrong to me. Of course, if you didn't know my plot you would be none the wiser. 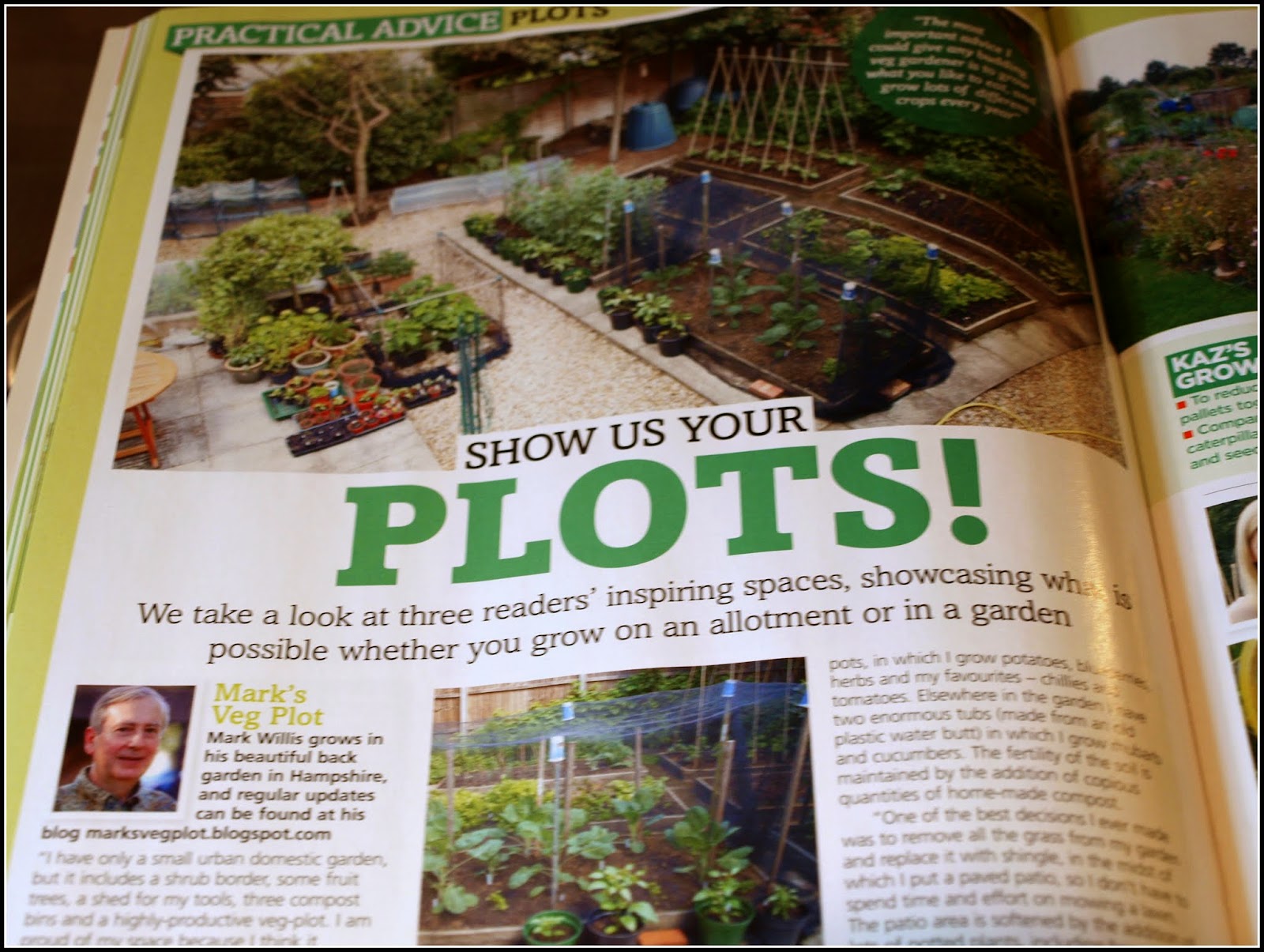 It is nice that they have included links to the blogs of the three featured "Plotters", and I had a look at the other two straight away. One of them (Lavenderandleeks.com) is about Katie Lane's plot in Southampton, which is of course not far from me - only at the other end of the county of Hampshire, so we probably have fairly similar growing conditions.

Magazine features like this are a constant source of inspiration. They help us all to understand that we are not alone. There are thousands of other amateur veg-gardening enthusiasts out there, just like me. And what a good thing that is too. Gardening is a healthy, therapeutic and productive hobby. Being able to eat fruit and veg you have grown yourself is so rewarding, and it is so nice to know exactly how the produce has been raised.

I haven't been doing much out in the garden recently; just raking over the raised beds to which I recently added the home-made compost, gradually breaking down the soil to make the "fine tilth" that we are urged to create before sowing our seeds. The professionals always say that fine tilth should have the texture of breadcrumbs, but I don't think I ever go to that extent. I just remove any obvious stones, large twigs etc. I think I might sow my maincrop carrots at the weekend, if the weather is as good as the forecast predicts.

Last weekend I sowed a couple of trays of early salads: 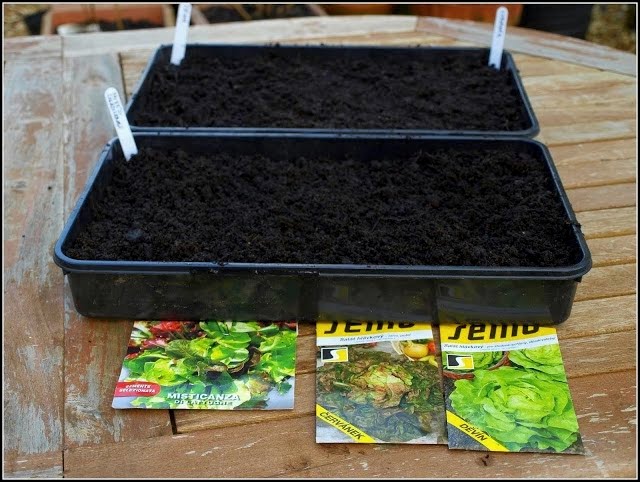 I did one tray of "Misticanza di Lattughe" (aka Mesclun, Baby Leaf Lettuce), and one tray with two types of Lettuce. I have used again the varieties that my blogging friend Dominka from the Czech Republic sent me, "Cervanek" (red) and "Devin" (green). Both of them did very well last year, so I am hoping to repeat the performance. The trays are outside in one of my plastic mini greenhouses at present, because I want them to get maximum light as soon as they germinate. I know that keeping them indoors would make them germinate more quickly, but I also know from bitter experience that they can go leggy within as little as 24 hours if they germinate in low light levels.

Finally for today, I can't resist publishing another couple of Crocus photos... 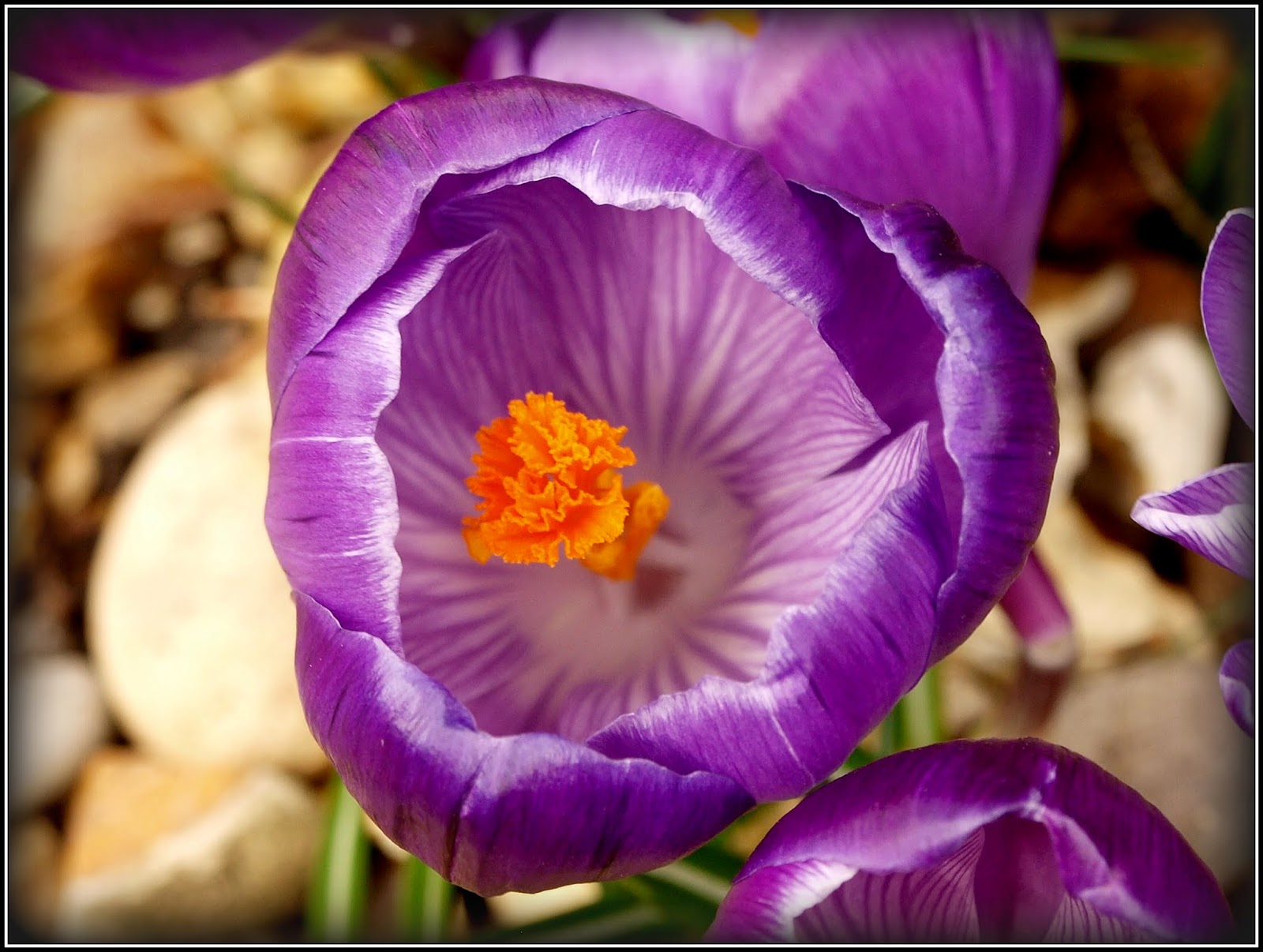